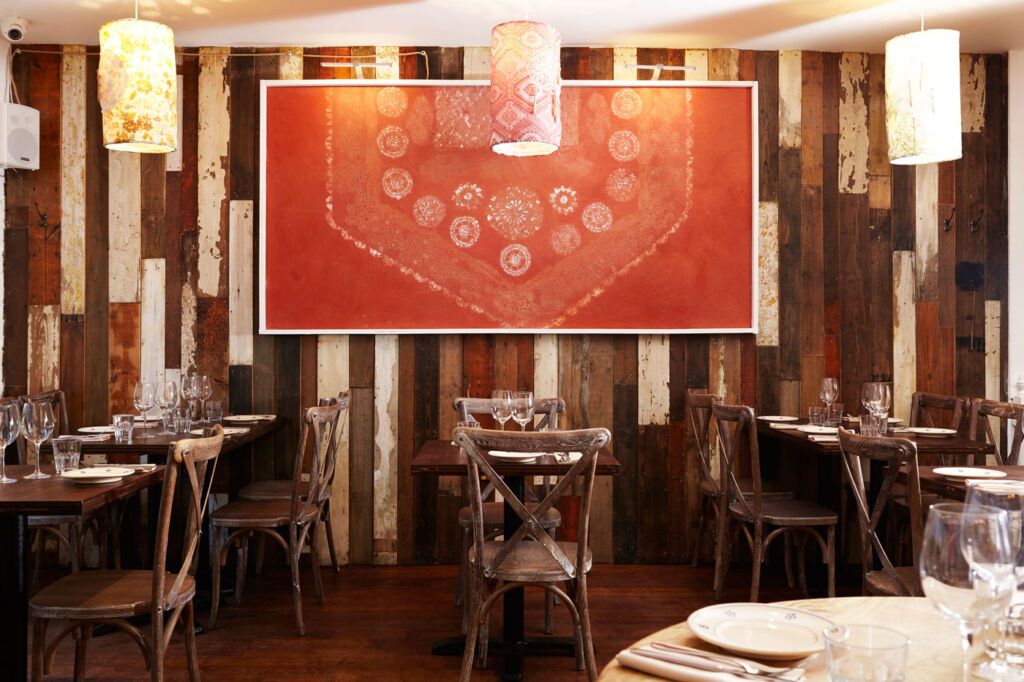 Terra Rossa, which translates as “Red Soil”, after the colour of the earth which is typically found in the Mediterranean region, is a Puglia-themed eatery situated on Upper Street, the main dining and shopping thoroughfare of North London’s Islington. Taking the place of Thyme and Lemon in December 2018, Terra Rossa is the brainchild of Francois Fracella, a former general manager at Farringdon’s Apulia. 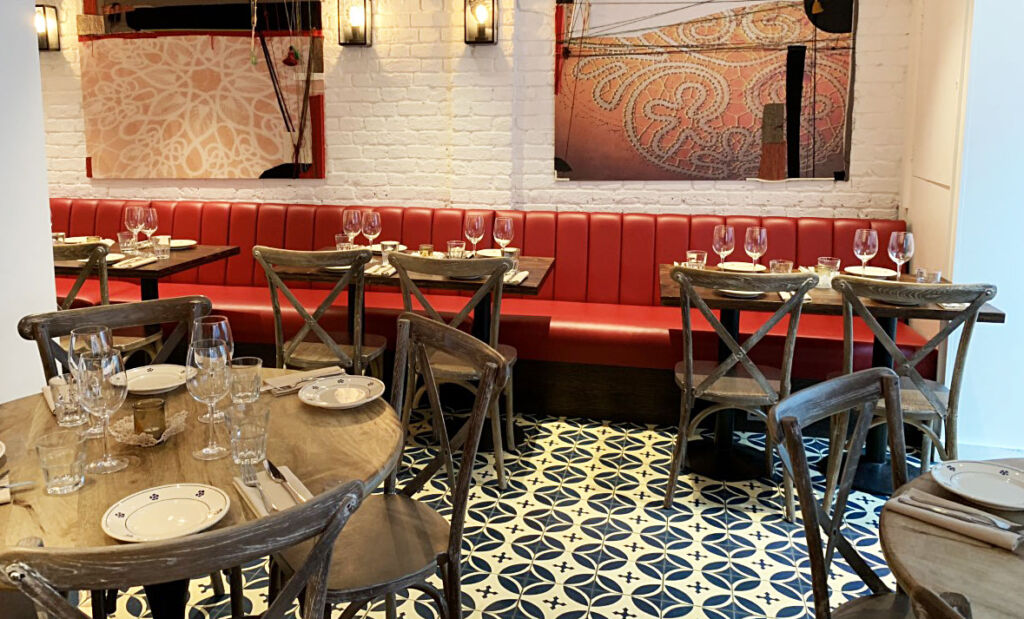 The décor at this circa 90-seater venue is fairly rustic with wooden chairs, red banquettes and whitewashed walls. Subtle touches, such as artwork created by the restaurant manager’s wife, and decorative lighting originating from Puglia, complete the look. The resulting atmosphere is therefore relatively laid back and unpretentious. For a bit more of an alfresco feel, the doors at the entrance can be pulled back, whilst the roof windows of the tiled “conservatory” area at the rear can also be opened when the weather allows.

In charge of the cuisine is Head Chef, Annarita Inguscio, and her homemade cooking style is inspired by her childhood roots and Cucina Povera (the “Poor Kitchen”). The menu has plenty of variety with dietary symbols clearly indicated, and offers a lot of the favourites that you would expect from a good Italian such as pizza, pasta, risotto and red meat. From the Bread & Nibbles section, we started with a small basket of taralli (wheat biscuits which are typically found in Puglia), as well as slices of fresh white bread (£3.50), to help make the important decision as to what we were going to have. Other small dishes to choose from include green olives and smoked almonds to ramp up the taste buds before embarking on the main meal. 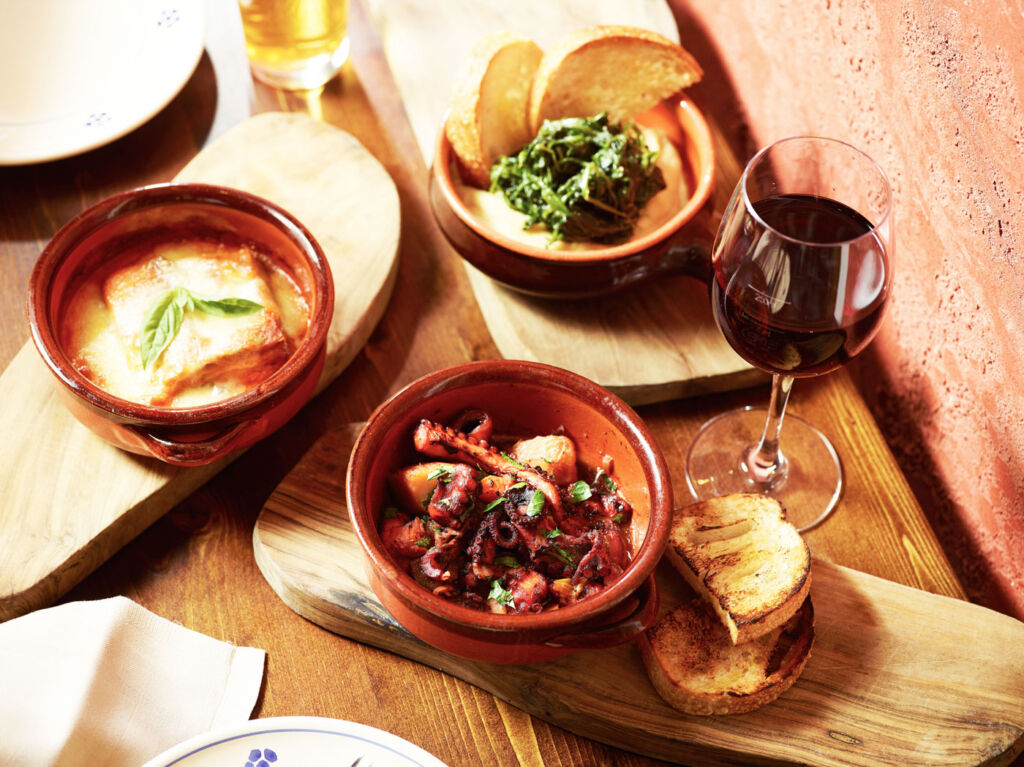 On the subject of starters, there’s everything from bruschetta and cured meats, to braised Mediterranean octopus. I tucked into a substantial portion of Burrata, which arrived with soft roasted peppers (£9.90). It was deliciously creamy, and just melted on the palate – it was superb, and was also a generous and relatively filling portion. 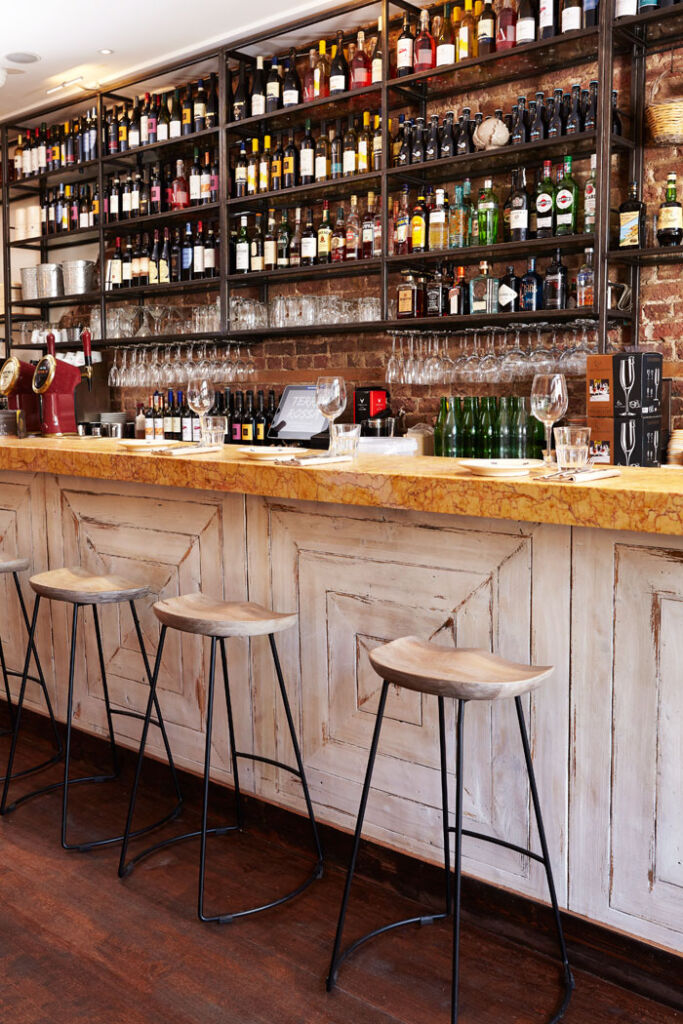 My guest enjoyed the equally impressive Parmigiana (£8.90), that was concocted with layers of thinly sliced, floured and fried aubergine which was draped in a flavoursome tomato sauce and topped with browned and melted mozzarella cheese, as well as a sizeable basil leaf.

The bar has four levels of wines and different spirits, meaning that there’s a decent list of alcoholic beverages to explore. It also counts two Italian beers “on tap” – the Agricola Birra Chiara (from a small brewery) and the Taranta made with four different types of pepper. On the recommendation of our kind-natured and attentive host, we went for the house white, which was a crisp and flavoursome Terre di Sole Malvasia Bianca from Cantine San Pancrazio. It was an excellent piece of advice and was matched perfectly to our gastronomic feast.

Terra Rossa prides itself on their signature Apulian fresh pasta, and there are various shapes and fillings on the menu such as ravioli with asparagus, and gnocchi with a clam, saffron and basil sauce. Side dishes are also in abundance, and there’s the likes of salads, and potatoes with rosemary, which can be consumed as starters if you so wish. After some dithering and indecisiveness, a pizza sounded like the way to go, and I settled on the Napoli (£11).

The crust was nice and crispy, but at the same time was not too tough to bite into. However, my only criticism would be that it was pretty sparse in terms of toppings (i.e. the black olives, capers and anchovies), and was not too different from what would be classed as the cheaper and more plain Margherita (£8.50). It was however tasty enough, and I didn’t go hungry.

My dining partner headed for the fillet of sea bream (£14.90), which was more creative and interesting. It was coated in a pistachio gratin and was cooked and served on a bed of soft and thinly sliced potatoes, an original and thoroughly enjoyable recipe. What’s more, it was accompanied by rocket leaves with sesame seeds, sundried tomatoes and a drizzle of olive oil. 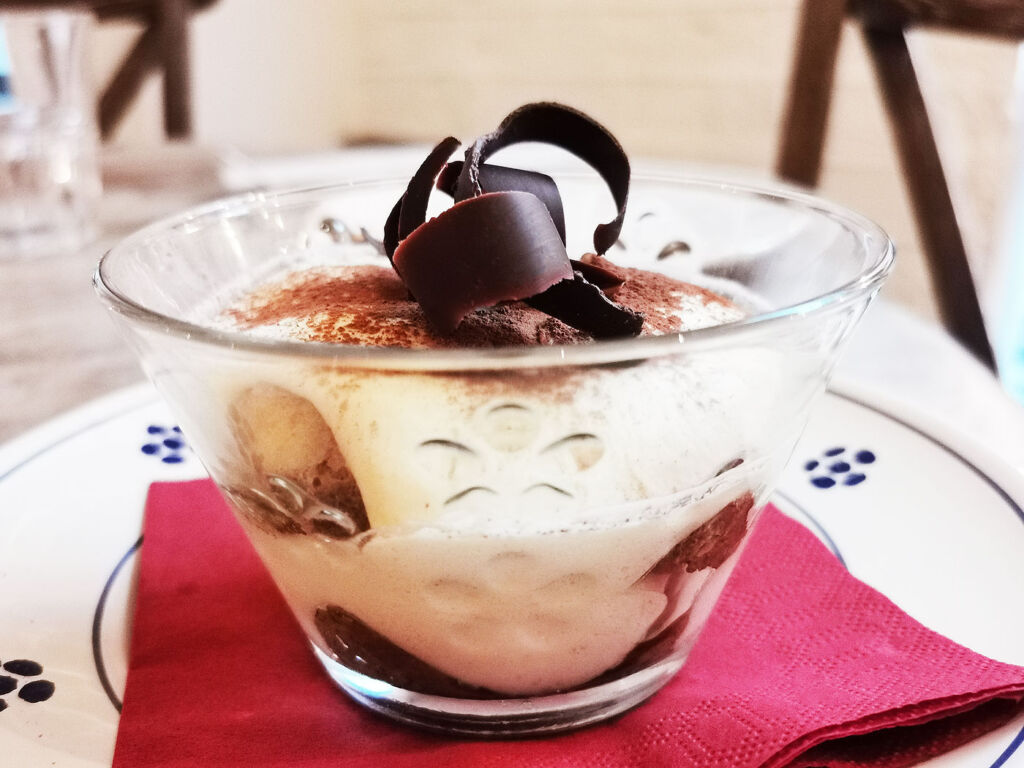 For those that have enough space to go the whole hog and do three courses, you have to make a choice from nine possible contenders. There’s ice cream, mixed cheeses, pannacotta, millefeuille with strawberries and mascarpone cheese, and a signature Salento pastry cake. I decided on the tiramisu (£6), and it didn’t disappoint. It was sumptuously creamy and disappeared in a short space of time. My guest had the hot chocolate soufflé (£6) which arrived with a helping of freshly whipped cream, finishing a meal which had been a success from start to finish.

A lot of thought and hard work has clearly gone into this eatery to create the feeling that you’re sitting in the heart of Southern Italy enjoying food which has been made with the utmost care and attention. The dishes are simple, yet effective, and the freshness of the ingredients is clear. They are also reasonably priced and good value, and therefore it’s worth making the effort to meander further up Upper Street, and to venture beyond the main hustle and bustle to discover what is a culinary gem of Islington.

Terra Rossa – Where and How?

See pictures of what we ate on the Luxurious Magazine Instagram page.