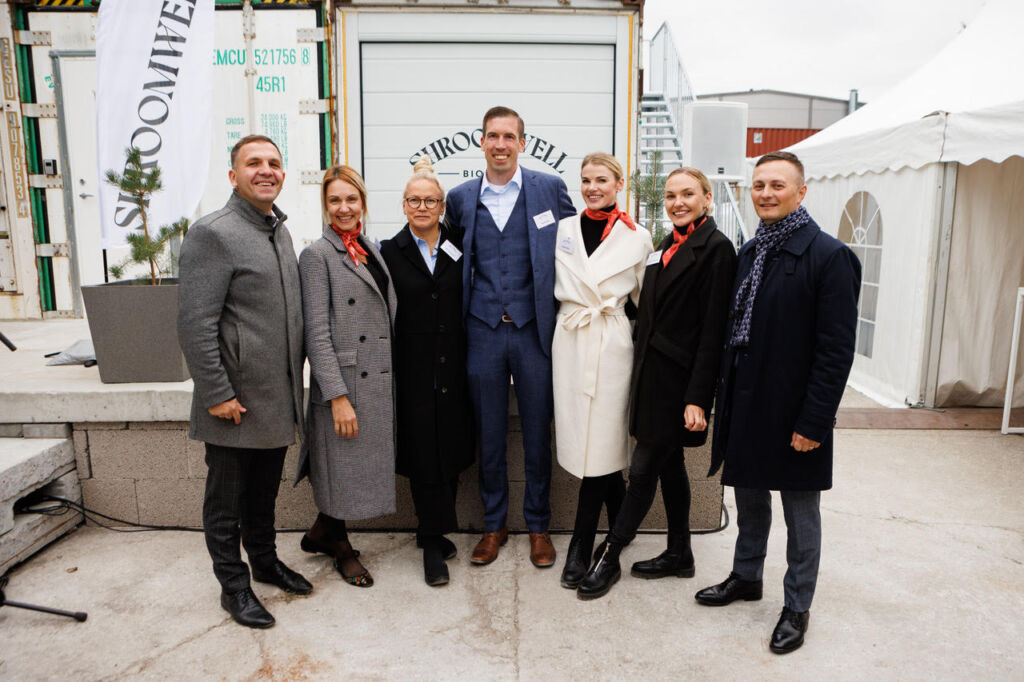 Chaga Health’s Shroomwell Biotech, Estonia’s first research and competence centre focused on the study of mushrooms, has opened and is a significant step in positioning Estonia as a global leader in discovering incredible potential held within mushrooms and fungi.

Long before humans and plants populated the world, there were mushrooms, and it might surprise readers that we humans are closely related to them, with some scientists believing we could even be descended from them.

Over many millennia, mushrooms have been utilised by our most significant cultures for both religious and healing purposes. Then in the 1970s, some influential politicians proclaimed certain species as one of the planet’s greatest evils. However, open-minded people in the medical and scientific fields have chosen to ignore the outdated negativity by conducting trials and research, showcasing their incredible health benefits. 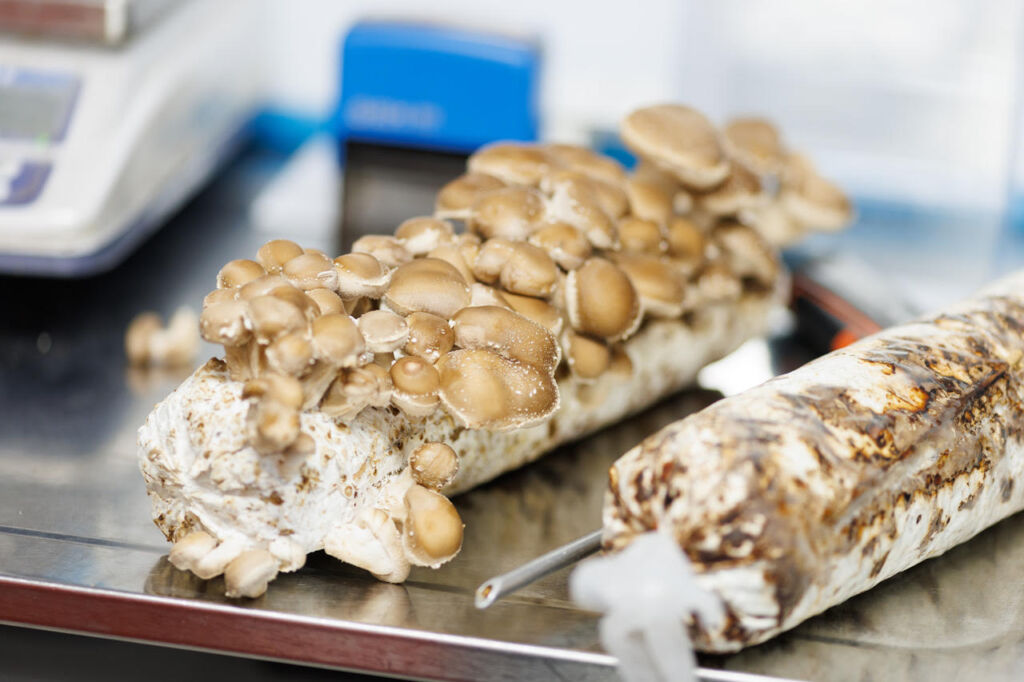 “Today’s scientific world’s interest in mushrooms is enormous, and related research has grown at a significant pace,” said Silver Laus, the CEO of Chaga OÜ. “Estonia has great potential of becoming a global leader and trendsetter in the field of mushrooms. Our research and competence centre creates all the prerequisites for starting and implementing large-scale research and pilot projects in a top-level laboratory,” added Laus. 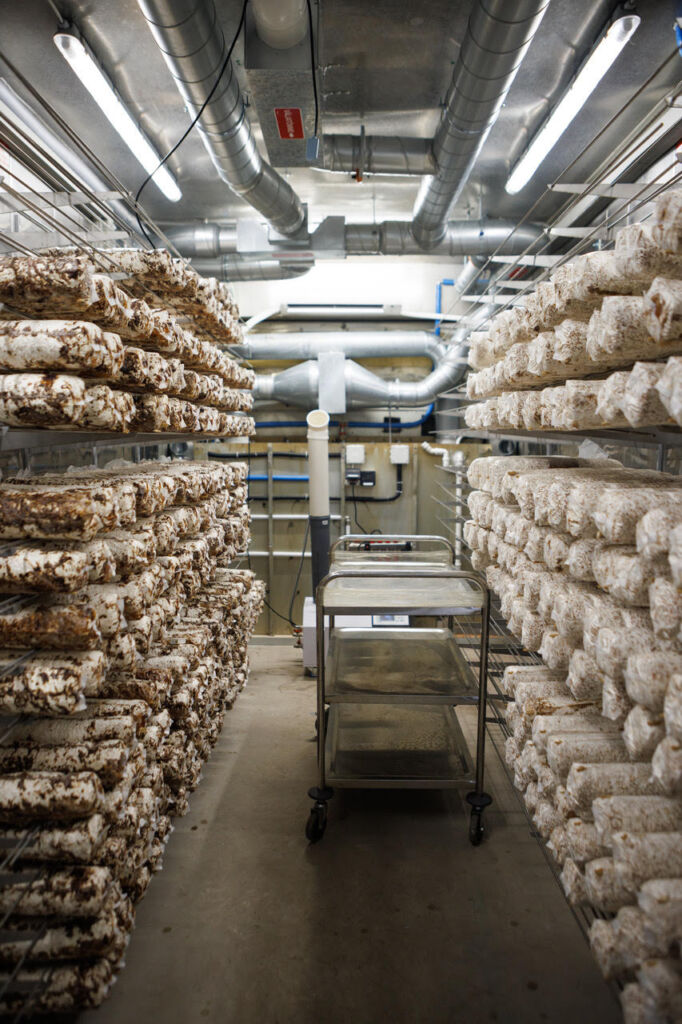 According to Laus, the company has already started a revolution in Estonian forestry and introduced the possibility of sustainable forest management by establishing Chaga plantations.

“The opening of the new research and competence centre is the next stage of Chaga OÜ’s strategic plan to increase the science-based approach to the world of mushrooms,” said Laus.

According to Siim Raadik, the head of Shroomwell Biotech’s research and competence centre, the first major goal is to broaden the current understanding of mushrooms and raise awareness of the field.

“We are used to knowing that mushrooms are for eating. But this traditional approach and way of thinking are changing. For example, medicinal mushrooms were a part of indigenous life. Today we see the growing trend of clinical studies of mushrooms in traditional medicine. Shroomwell Biotech’s interest is to find new ways to extend a person’s healthy life.

“Several well-known mushroom species can provide side income in the field of forestry and solve ecological problems related to the environment. Estonia’s first research and competence centre focused on gourmet, and medicinal mushrooms increased the already good level of mushroom research capacity in Estonia in bringing outstanding Estonian researchers and development work to the world. Mushrooms could make Estonia a new Skype for health and forestry,” said Raadik at the opening of the research centre.

“We have already launched pilot projects on hundreds of hectares of the medicinal mushroom Chaga, which makes us the largest outdoor grower of mushrooms,” Raadik added, “Today, we grow mushrooms for development on an area of ​​150m2. By the end of this year, Shroomwell’s 1,200 m2 indoor cultivation will also be completed in South Estonia. Consequently, we will consolidate our position as the region’s largest grower of medicinal mushrooms.”

“As a company, we are witnessing a significant increase in global interest in mushrooms as a quality raw material. Due to its image of a clean environment, Estonia has a strong competitive advantage over other countries. By combining science, technological capabilities and world-class competence, Estonia has great potential to lead the development and success story of the field of mushrooms,” said Laus. 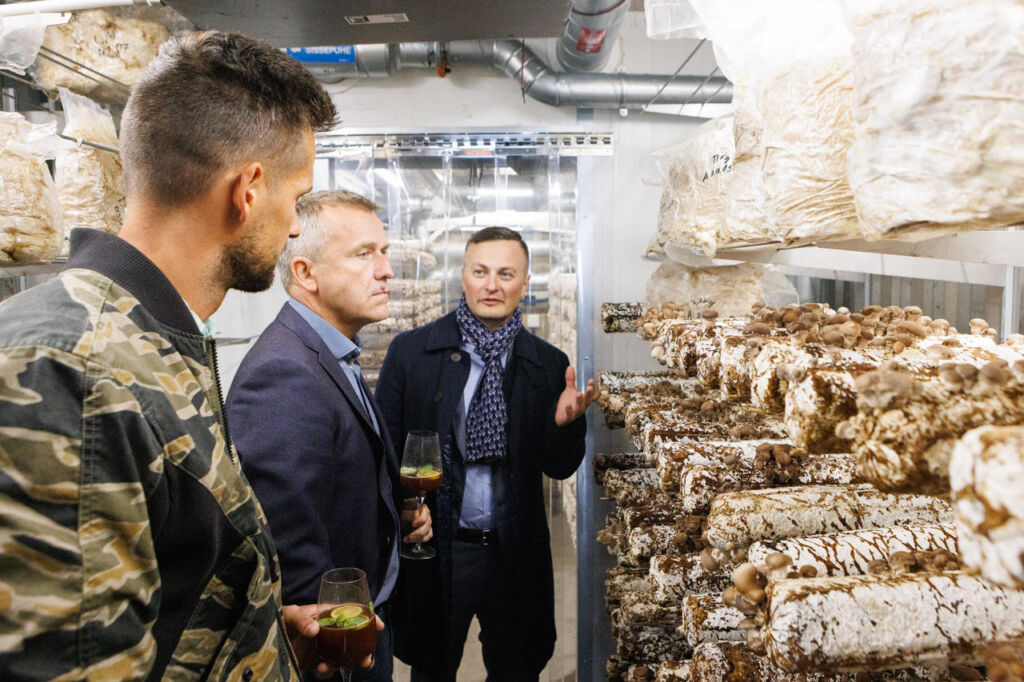 From the 1990s until today, it’s been the tech companies who’ve grabbed the headlines and wowed investors. However, some very smart minds who are ‘in the know’ believe that companies who are moving their efforts and resources to uncover the benefits of fungi will be leading the charge in the future. Countries like my own, the United Kingdom, need to change their views, or over the next couple of decades, they’ll look at countries such as Estonia and the Shroomwell Biotech centre with envy.

About Chaga OÜ, the parent of Shroomwell Biotech
Chaga OÜ, primarily known for the products of the Chaga Health brand, will also launch Shroomwell, a gourmet and medicinal mushroom brand aimed at the end consumer, during the first half of the next year.