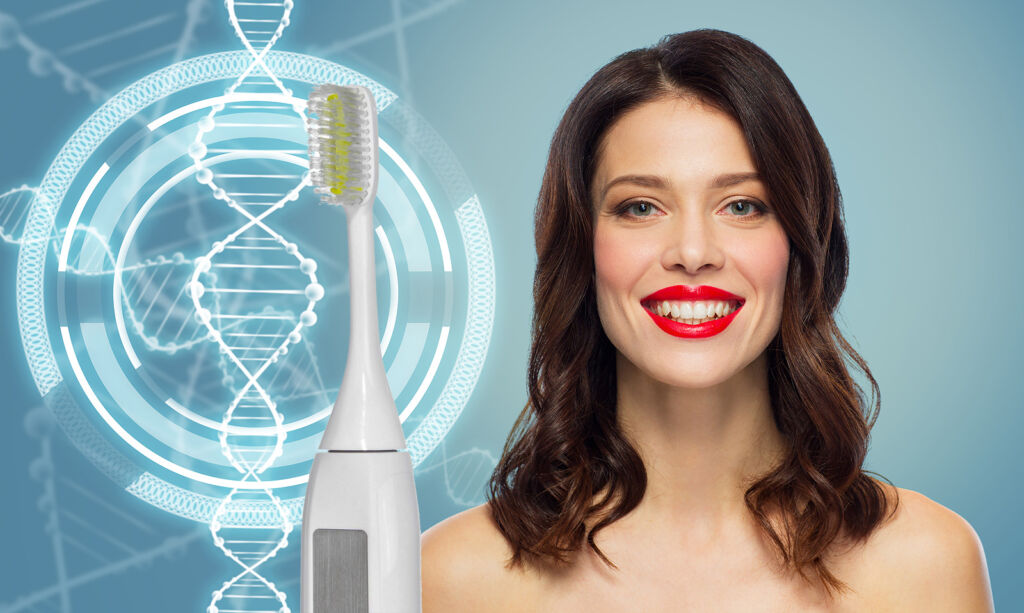 Just about every electric toothbrush you see on shop shelves claims to brighten the colour of your teeth, improve oral health and more. Sadly, finding one that actually lives up to its claims is easier said than done. I decided to put the Silk’n ToothWave and its patented DentalRF™ technology to the test in the hope it would bring light to the start of the tunnel.

When I open my bathroom cabinet, it’s like stumbling into into the electric toothbrushes’ graveyard. Highly-touted brands such as Braun, Phillips and Oral-B stand side-by-side at the rear of the cabinet, patiently awaiting the day I charge their batteries whilst standing stoically, slowly gathering a thin layer of dust.

I’m sure that many reading this will have built up an assortment of electric toothbrushes over the years. And in doing so, we’ve all sought the same goal, a whiter, brighter natural smile.

Throughout the day, everywhere we look, be it in magazines, advertising billboards or on the television, we’re greeted with perfect gleaming white smiles, which will undoubtedly cause some of us to gaze into a mirror producing a toothy grimace with lips curled backwards followed by a slight sigh. 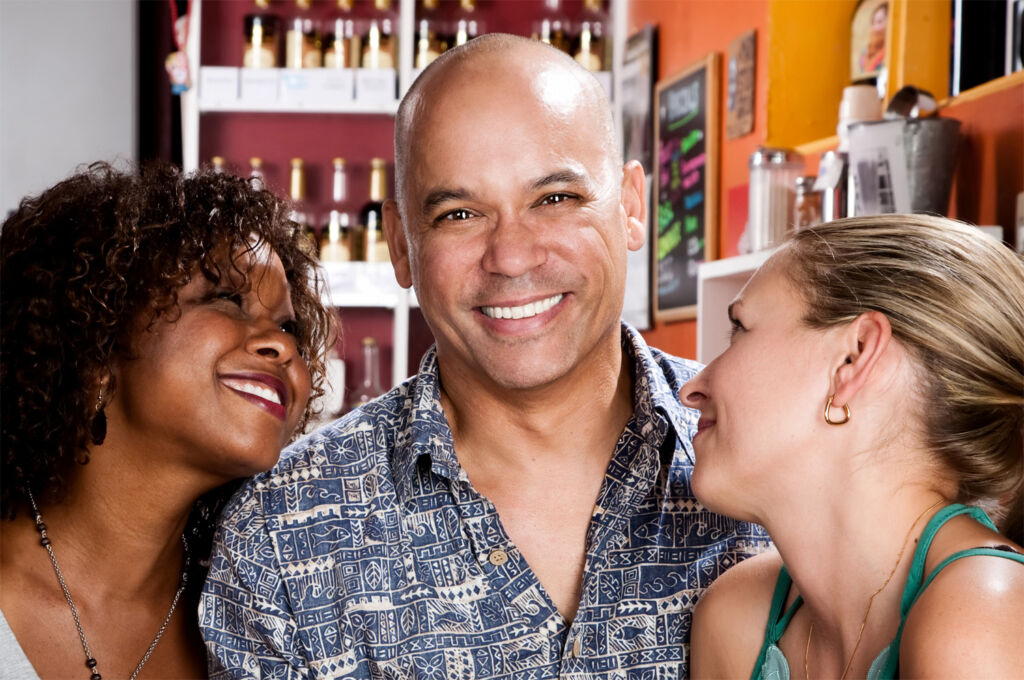 Great smiles are incredibly infectious, and they’re also probably the most noticeable and attractive part of a persons face. If you’re fortunate to have a beautiful natural smile, people seem to automatically warm to you.

There’s very few things better than a gorgeous looking natural smile, and although I have been blessed with a semi-reasonable one, I’m always open to some extra help.

With this in mind, let me introduce you to the Silk’n ToothWave electric toothbrush. 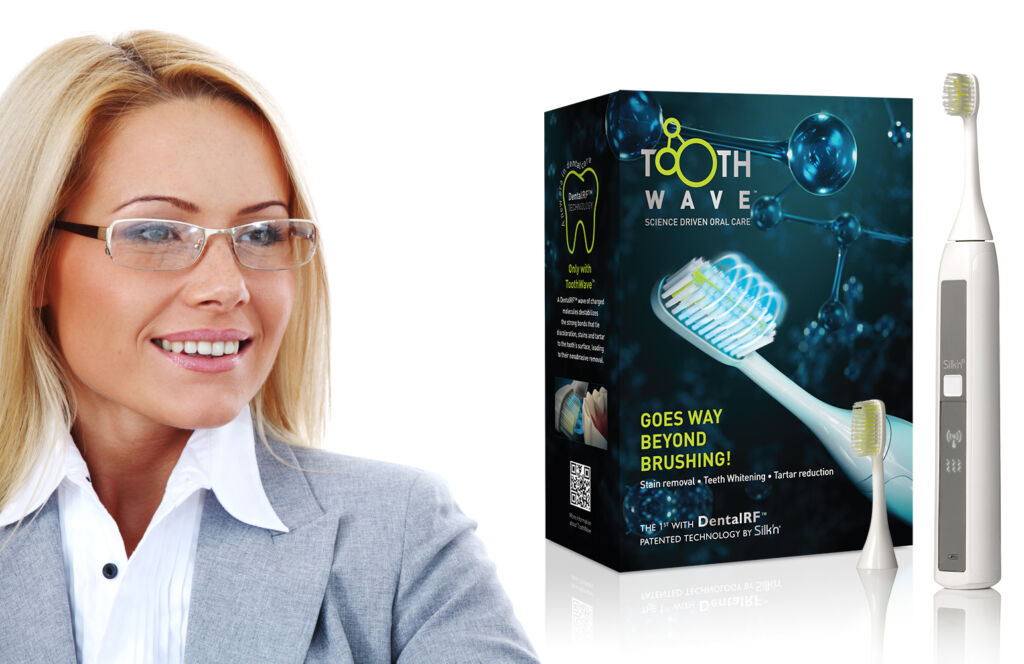 A brief overview of the Silk’n ToothWave electric toothbrush
The Toothwave is a relatively standard looking electric toothbrush. At first glance, there is little about its exterior design that would indicate just how incredible it is. The most appropriate word I can think of to describe how it looks is understated. 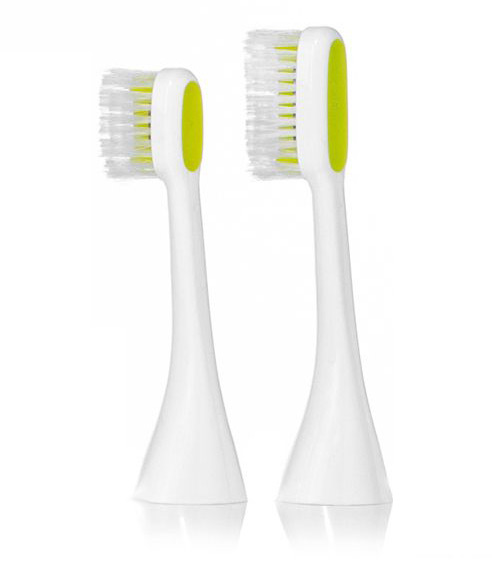 The Toothwave is able to cater for larger and smaller mouths. Inside the box are two brush heads, a large and a small one. The larger head is similar in size to a traditional toothbrush head, while the smaller head is approximately half the size of the larger one.

The ToothWave uses a single button to operate it. Press once to start it and press the button again to cycle through the three levels of intensity.

The brush has inbuilt 30-second brushing times for the four areas of your mouth (upper, lower, left and right). When it time to move on, it pauses, then vibrates for a very short time to indicate it is time to change 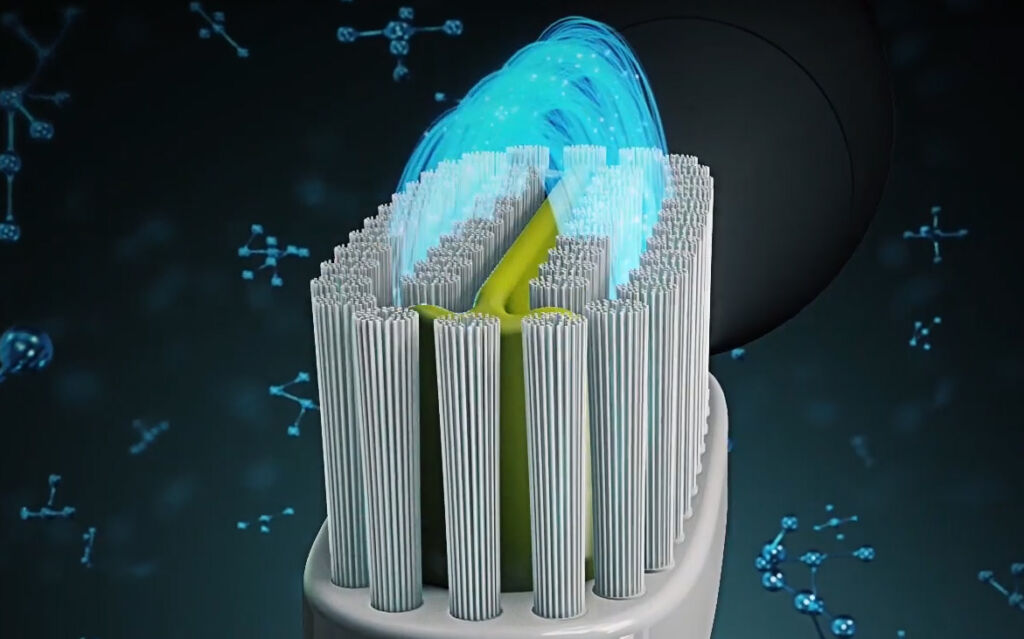 Tartar is plaque that has hardened. Left untreated, it causes discolouration of the teeth and can also lead to nasty mouth odour. Although many current high-end electric toothbrushes are more than capable of removing plaque, they do struggle when it comes to tartar. 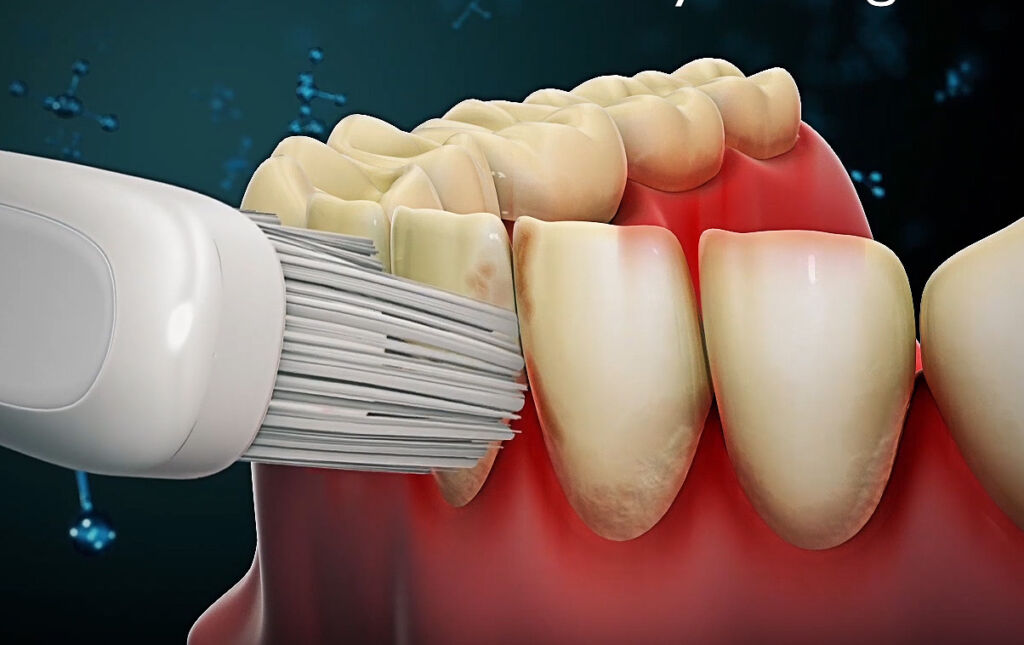 The DentalRF™ inside the ToothWave sends mild radiofrequency waves, which consists of charged molecules onto the surface of each tooth. These charged molecules destabilise the strong bonds holding the Tartar and stains in place, making them far easier to remove.

You get a good sense of its technological power when the ToothWave on level three. In this setting, it like having a troop of whirling dervishes in your mouth. On level, it is operating at the equivalent of 48,000 brush strokes a minute which results in a surprisingly large amount of white froth!

Testing and Conclusion
Like many people of my generation, I am not immune to experiencing a receding gum line. Added to this, I consume multiple large cups of coffee while sitting at my desk during the day. This has resulted in dark brown staining at the very top of my teeth, where the gums have shrunk. Although this is not noticeable to others, it is quite visible to me when I look closely in the mirror.

For my testing, I used the Silk’n ToothWave every day over a two week period, morning and night. I felt I would be cheating if I used it in conjunction with toothpaste specifically designed to whiten teeth. Therefore I chose a generic off the shelf (standard) toothpaste made for sensitive teeth without any claims of lightening the colour.

In just three days, I started noticing a lighter appearance with my teeth. Following each brushing session, I did wait anxiously for what I was quite sure would be some form of aching in my teeth. I can happily report that this did not transpire.

I followed the suggested method of brushing, which is performed in a circular motion. I opted to use the traditional sized brush head as during the past twelve months, I have given up on using electric toothbrushes and had instead switched to the more traditional method.

The Silk’n ToothWave has three settings, and I decided the highest setting was comfortable enough for me to use after a day trying out the two lower powered options.

The bristles on the toothbrush head felt incredibly light, which was a far cry from the harsh and abrasive bristles I had become accustomed to. The toothbrush head design also enabled me to include my gums as part of my brushing regime without any pain.

Each time I spat a mouthful of foam into the sink, I expected to see the tell-tale signs of bleeding gums. Once more, I was pleasantly surprised when there were no signs of this amongst the mounds of white frothy foam.

After two weeks of continuous use, my teeth definitely appear to be lighter. Also, the brown staining at the top of my teeth bordering my gum line had all but vanished. This clearly shows me that this is an electric toothbrush that is truly able to back up its bold claims.

If there is a small negative with the Silk’n ToothWave, it is the initial purchase price; details of this are at the end of the review. Although this electric toothbrush does cost more than many others, it does seem to back up its claim of giving you a significantly brighter smile without pain and discomfort and within a comparitively short period of time.

There are other sure-fire ways to achieve whiter teeth currently available, such as professional tooth whitening services or even having your teeth replaced, but this can be prohibitively expensive, and with these methods, the results are out of your hands and frequently look unnatural.

If you’re anything like me, wanting good gum health and a much brighter natural smile, the Silk’n ToothWave is, based on my experience, the simplest and most cost-effective way to achieve it. 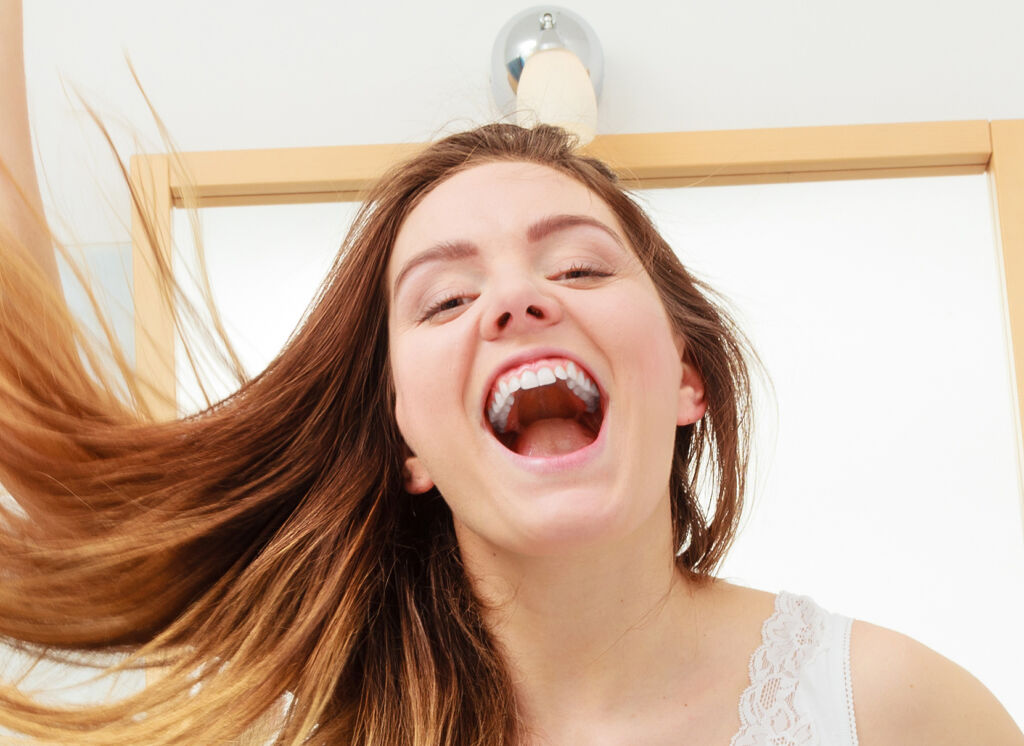 Silk’n ToothWave – Where and how?

The RRP for the Toothwave is £299.00. However, I did browse the internet and found it at a slightly lower price through one reputable online shopping site. The RRP for a pair of replacement brush heads is £30.00.