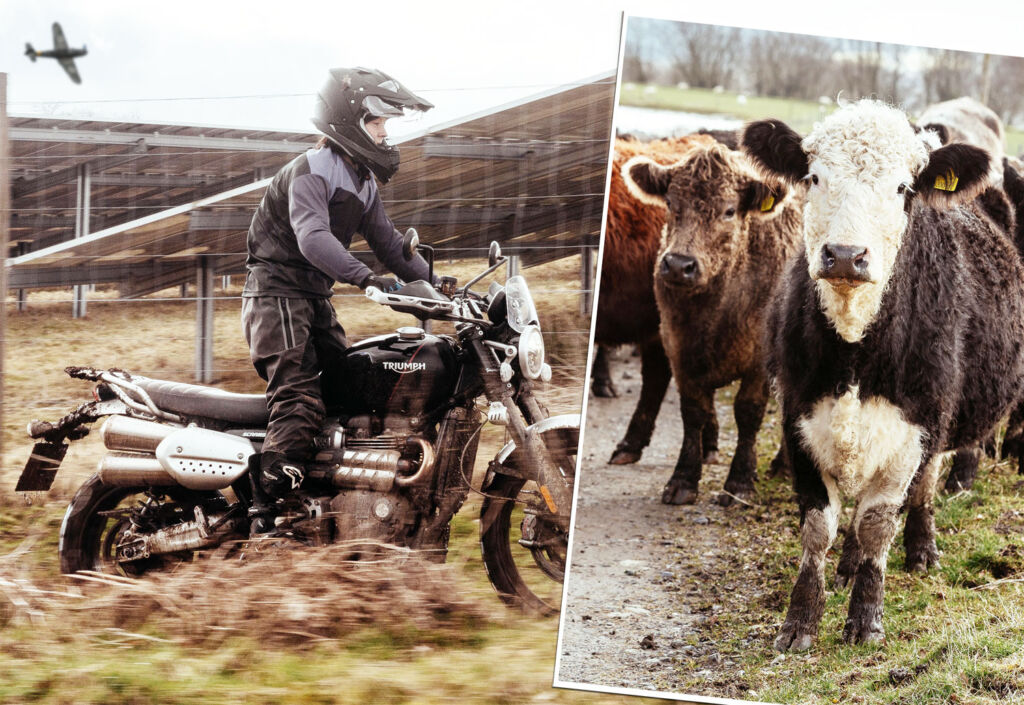 I apologise if you have not seen the famous WW2 movie, the Great Escape, I automatically assume everyone has as its regarded as a cinematic gold.

The Great Escape is one of my all-time favourite films and involves motorcycle chases and a particularly iconic scene where one of the characters jumps his stolen bike across wired fences to escape into Switzerland. 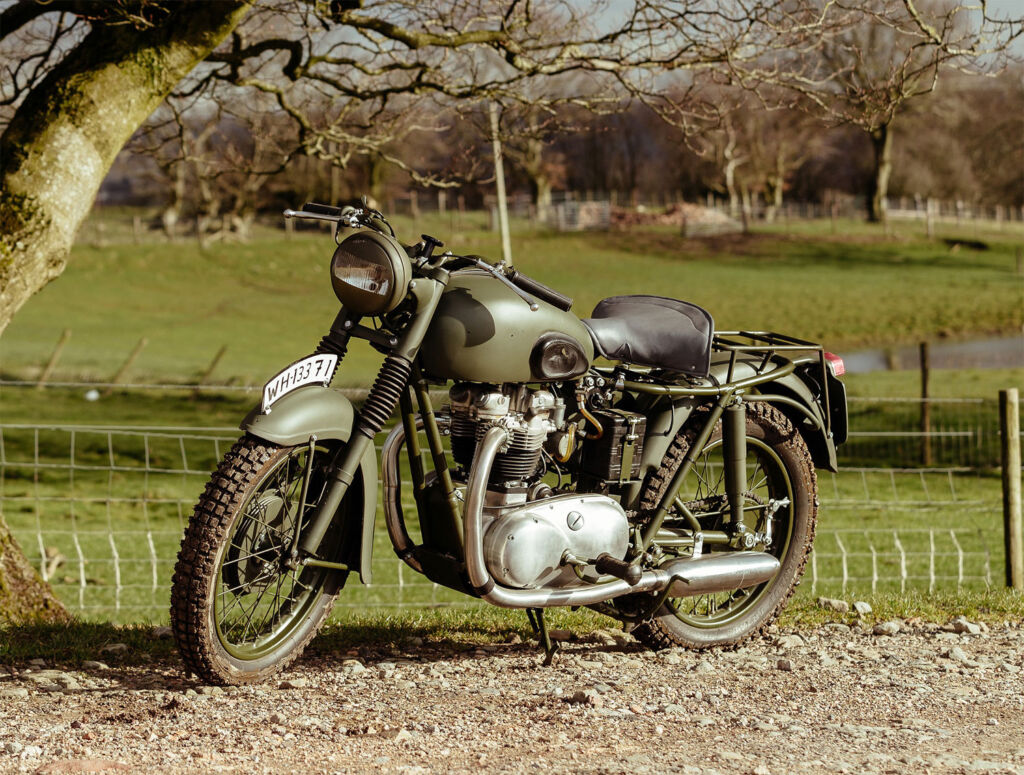 The original stunt for the film was performed on a Triumph TR6. Almost sixty-years later Guy Martin the motorcycle racer and lorry repairman joined with Triumph to reenact the scene. The story of this was covered in a recently aired documentary and is very entertaining, I’m sure you can see parts or all of it on one of the popular video platforms.

Triumph continued to film following the jump attempt and quite literally ended up in the Cow manure. The motorcycle company wanted to tell the untold story of what followed after the jump scene was filmed when Triumph gave the TR6 to the farmer who owned the fields used for the location. He used the famous Triumph to herd cows on his farm for many years until it was left in a barn destined for retirement.

Using a Triumph Scrambler 1200 XC part of the Scrambler 1200 range, evolved to deliver an exciting all-road focus that also meets the most demanding off-road and scrambling experiences. The Triumph team chose the Brecon Beacons to simulate the German, Swiss border. They used a hilltop farm where Tamsin Jones jumped into the saddle of the XC to recreate the cow herding story. 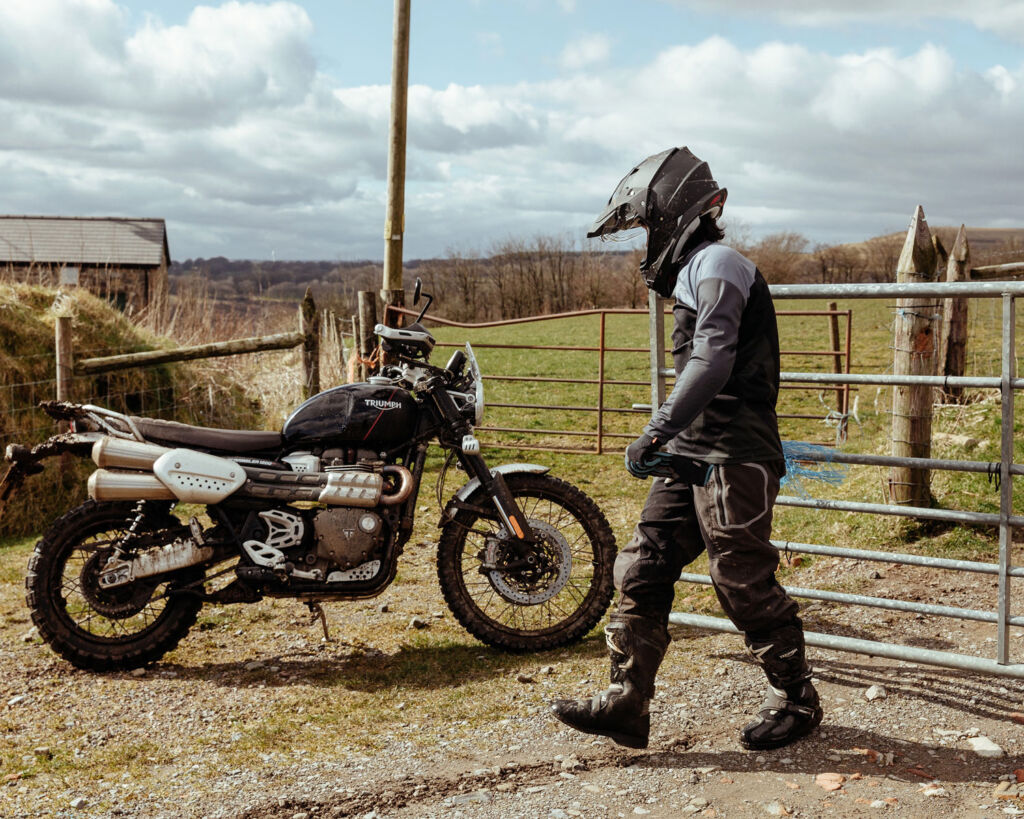 Tamsin was a competitor at the 2009 Dakar Rally and is very familiar with the Brecon Beacons; she is also used to handling animals. Hence, Triumph thought she was ideal for riding the Scrambler. The first job for the cow herder was rounding up the cattle roaming the vast farmland, encompassing challenging terrain. 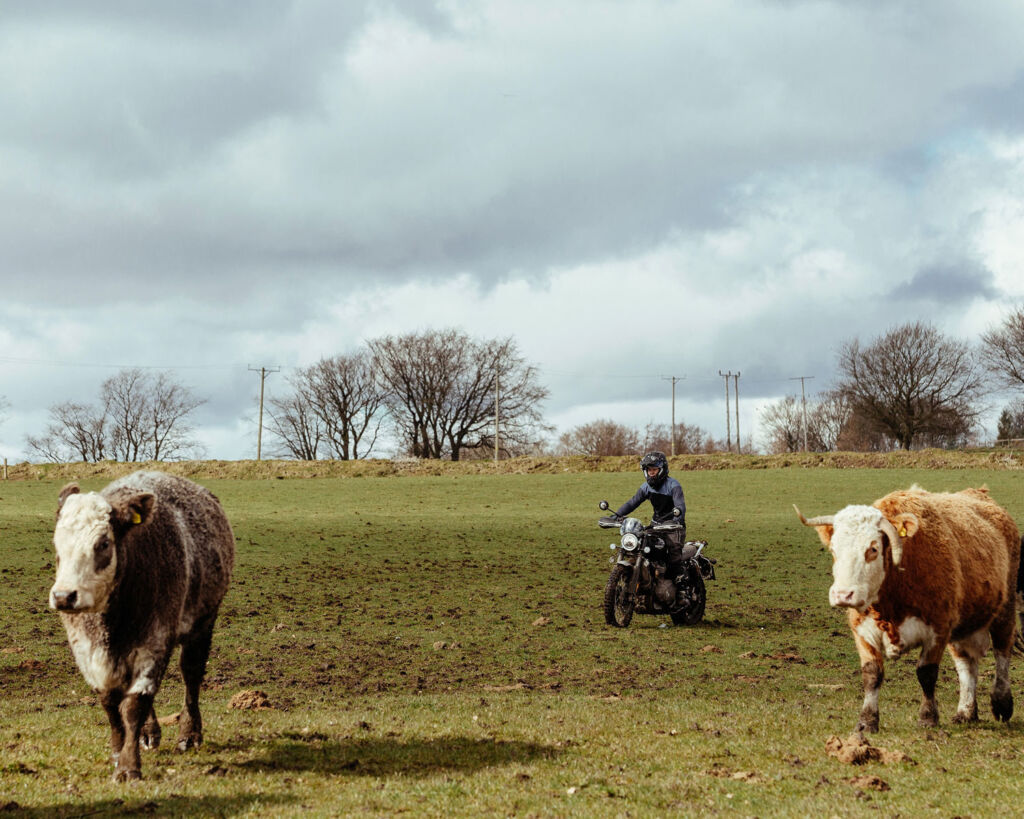 After Tamsin had wrangled the cows, she directed them to a concentrated passageway on the farm. This work would usually be done by the farmer who uses a 4×4 or ATV machine.

Tasmin said; “Designed for real off-road adventure riding, the Scrambler 1200 had no difficulty shifting between the short bursts of power with smooth turns on muddy ground when rounding, as well as low-speed, controlled handling on firmer terrain. Needless to say, the most unpredictable part of this act was the cows!

The Scrambler successfully managed to herd the roaming cattle into the dedicated pen, in the same way, the TR6 would have been used for many years. This was an amazing adventure, and I can only imagine what else I could experience on this Scrambler 1200!”

Developed to deliver an exciting all-road focus that also meets the most demanding off-road and scrambling experiences, the Scrambler 1200 range meets its mission in every way. It’s a highly-capable off-road bike and will be seen in the new James Bond film No Time To Die. It’s also equally at home on the tarmac, tackling all types of roads while giving the rider complete confidence.

Why it’s such a proficient machine is down to high specification motorcycle engineering. The Scrambler has premium long-travel Öhlins rear suspension unit, long-travel Showa upside-down forks are fitted along with Brembo M50 brakes, and side-laced wheels with adventure-focused tubeless Metzeler Tourance tyres.

I’ll be riding one in October and will be providing my first-hand experience of it both on and off-road. I won’t be herding any cows, well not intentionally! And certainly won’t be trying to perform my own great escape. Watch this space for a full Luxurious Magazine review.

The XC range starts from £11,500. More information on the scrambler and other current models, visit www.triumphmotorcycles.co.uk.