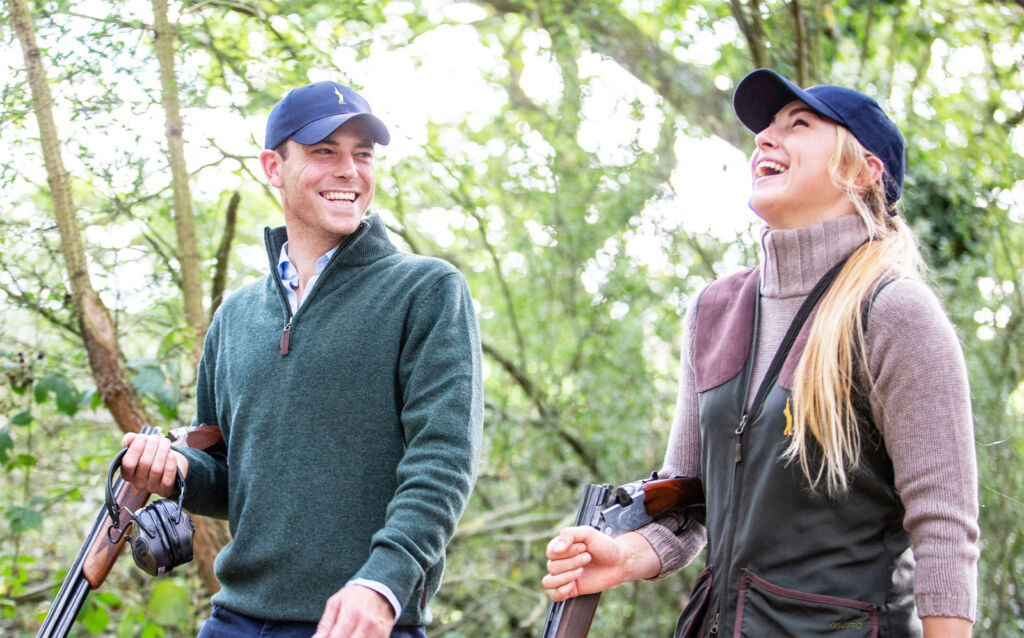 The shooting world is often misunderstood. Associated with the clique elite, its stereotypical image is expensive, stuffy and daunting for shooting novices. And while that may be the case for some clubs, the atmosphere and environment of the West London Shooting School is altogether very different, as Luxurious Magazine’s Sabi Phagura found out.

As the shotgun shell propelled out of the barrel and my senses heightened, my laser-sharp focus tracked the target through the air. Finger on the trigger, my heartbeat momentarily coming out of my chest, and bang. That moment when you take the shot, and the disk shatters mid-air is hard to explain if you’ve never experienced it. But as a sports enthusiast, I can confirm there are very few sports that give you that instant pleasure. 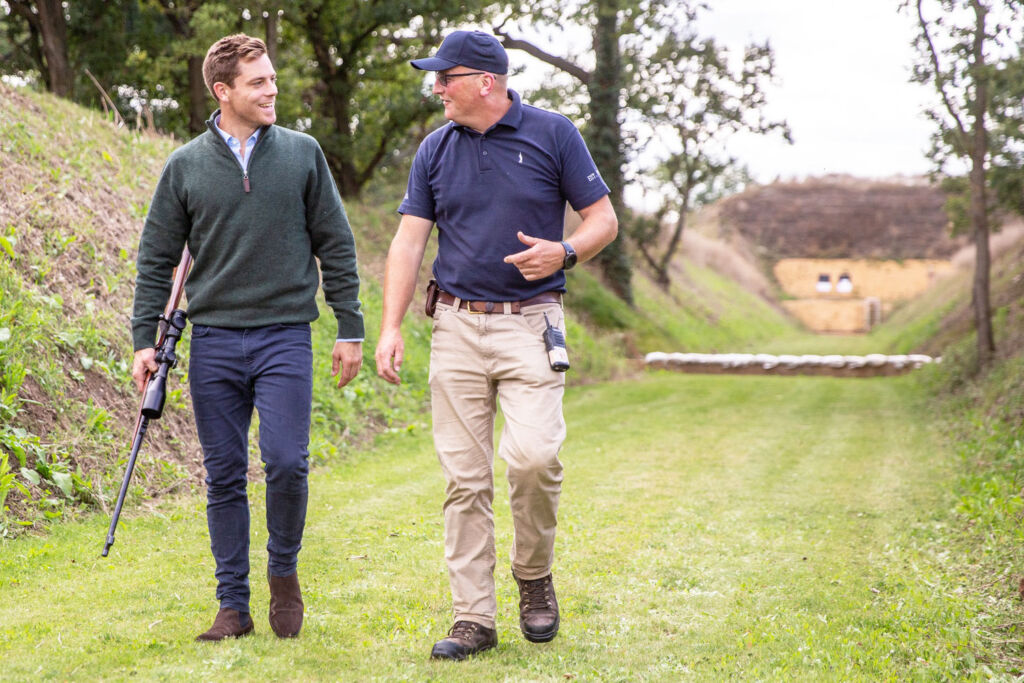 Background on the West London Shooting School
This wasn’t my first attempt at clay pigeon shooting, but I’m no expert either. I’m a firm believer that there is always something you can do to improve your technique in any activity. And given the lockdown restrictions, it’s safe to say my shooting abilities have been a tad rusty. Located just 12 miles from central London in Northolt, the school was founded in 1901 by Richmond Watson before moving to its current site in 1931. 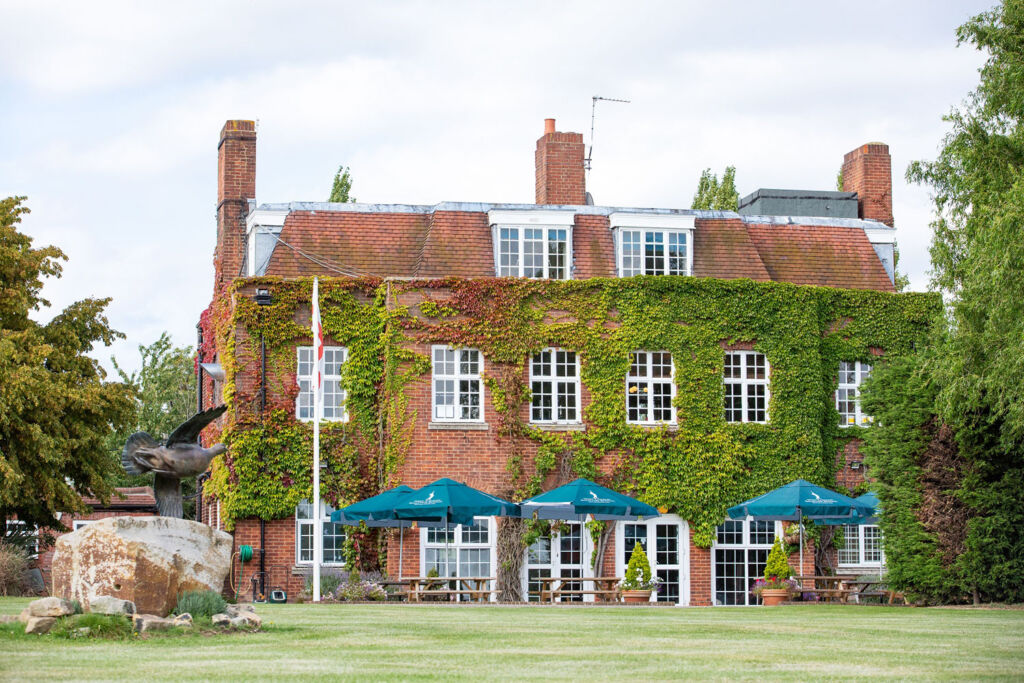 The West London Shooting School is the UK’s oldest independent shooting school offering tuition and gun-fitting for well over a century. The 100 acres of landscaped grounds are a haven for countryside enthusiasts, which is also home to amazing wildlife. There are over a hundred traps for clay pigeon shooting, a newly installed rifle range, an on-site country sports shop and a cosy shooting lodge. 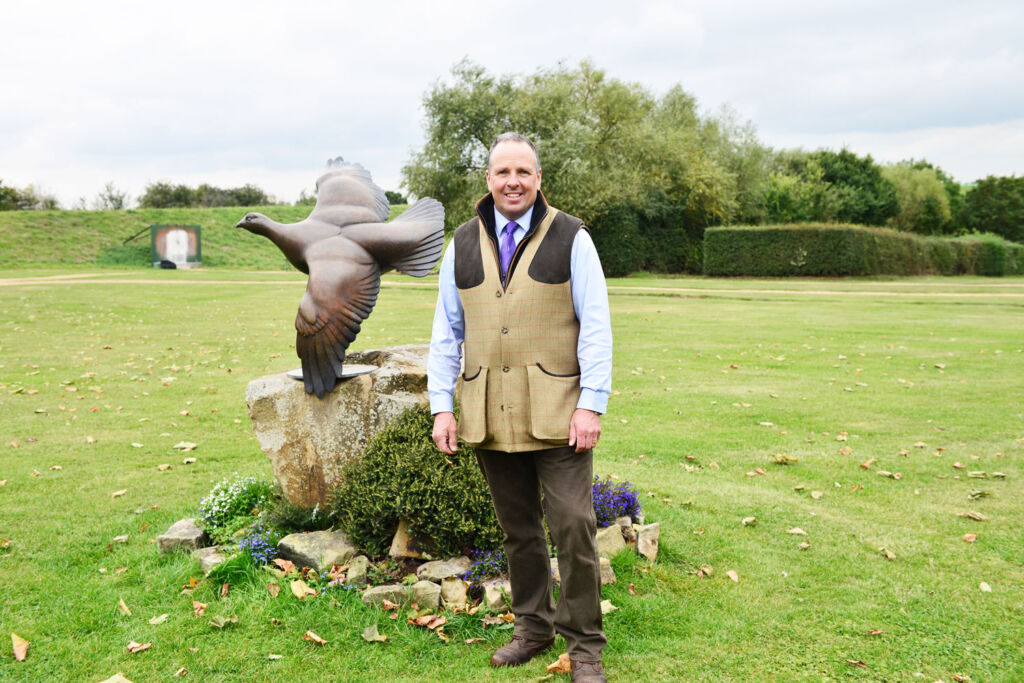 I was in good hands with instructor Mark Heath (above) during my hour-long tuition, who, despite being retired, enjoys encouraging beginner and established shot alike to develop and progress their own style. The teaching here is rooted in the expert tuition of Percy Stanbury, who followed up a distinguished wartime career by becoming head instructor and manager and remained so until his retirement in 1970.

To keep up with modern times, the school also draws on the latest sports instruction techniques. Notably twice voted ‘Best shooting ground in the country’, the school has taught rock stars to royalty. 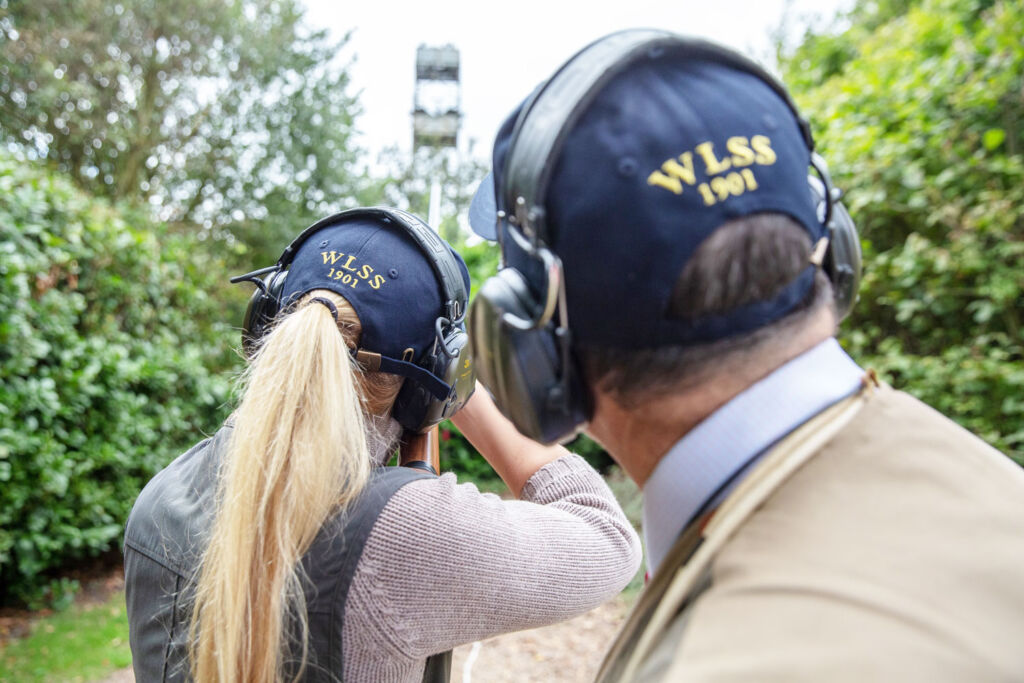 The Essential Starting Point
After the gun fit, which is essentially selecting a gun to suit the individual’s build, the stance and ready position are key. If you’re right-handed, your weight should be on the front, left foot, with your toes pointing towards the intended target zone. If you’re a left-hander, it’s the opposite way around, and the right foot takes the lead. Next comes mounting the gun (how to hold it), and after that, it’s all about relaxing into the lesson and taking advice from your instructor. 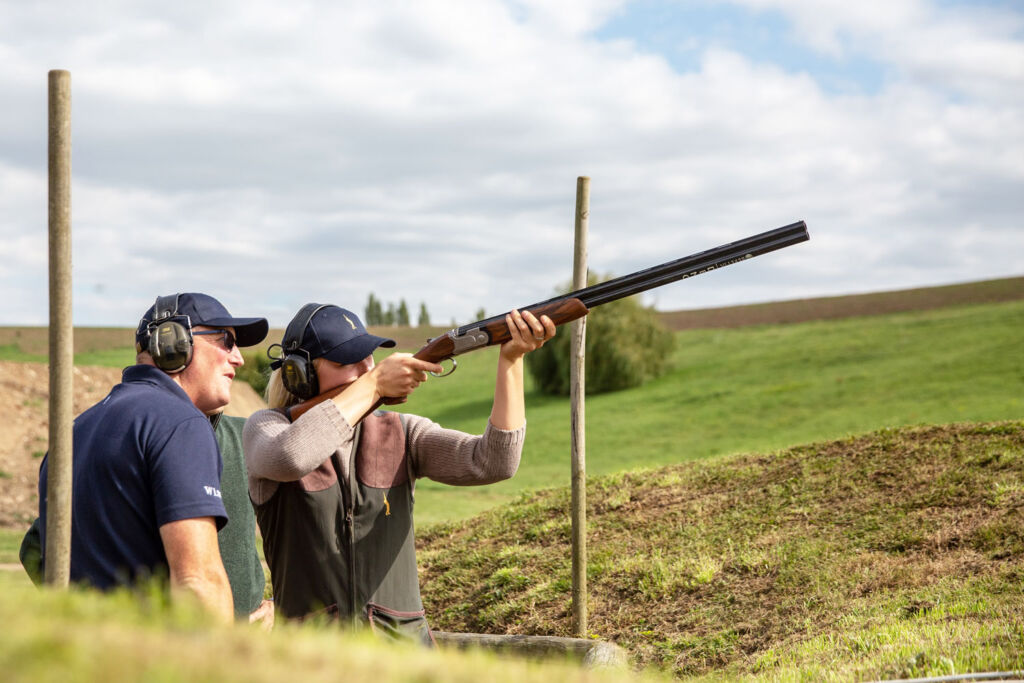 “Read the clay before you are ready to shoot” were the wise words of Mark, a retired Metropolitan detective. It was sound advice, as I found out. It’s so easy to aim and shoot without putting much thought into the task at hand, but there really is a method that needs following. “Try following the clay’s flight through the air, working out in your mind if it’s dropping or rising,” continued Mark as I kick-started off my lesson with a couple of near-misses. But as soon as I took his advice on board, I hit the target.

The joy I felt was so incredible; I wanted to repeat it. Before taking a shot, I began figuring out if the clay was veering to the left or right or whether it was going fast or slowing down a pace. I also found that closing my left eye helped me see the target clearly. In fact, the whole shooting turned into quite a mindful exercise. The minute I was focused, I would hit the target, but the moment I lost it and forgot to listen to my instincts, my shot was all over the place.

Under Mark’s guidance, I tried my hand at several different traps starting from the basic to slightly more complicated ones. The key I learned was to relax and take things slowly. Something we can all benefit from in our day-to-day lives.

Take a shot
Lockdown has helped change a lot of things for a lot of people, with one area being the importance of work-life balance. West London Shooting School has seen an influx of new sportsmen and women drawn to the game of all backgrounds and ages. Contrary to the popular belief that more men are likely to take up the sport than women is shot down here. Mark said an equal number of ladies have consistently shown interest in the sport over the years.

Whether you’re a member or not, the school offers one-to-one tuition, group sessions as well as a variety of corporate packages perfect for a fieldwork event. What’s more, instructors will tailor the experience to your skillset while you blast clays and learn the art of long-range rifle shooting.

The Thrillseekers can try out their most recent opening; The John Rigby & Co. Rifle Range (below), the first of its kind in the London area, is a truly unique facility. 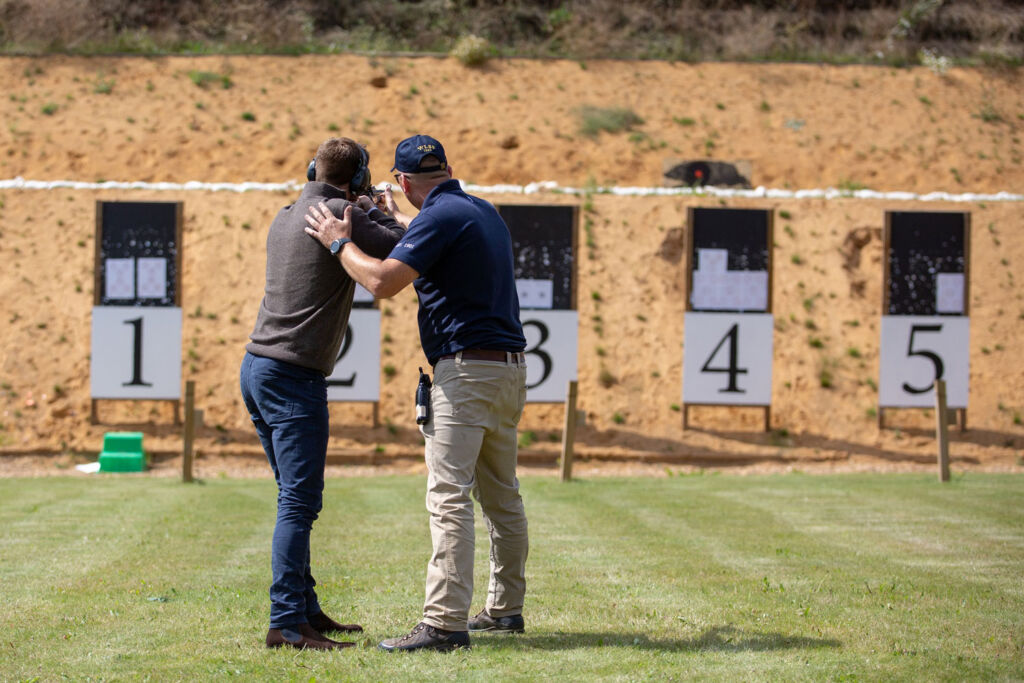 The state-of-the-art rifle range features a five-lane 100m range with running boar set up, together with an adjacent two-lane 200m range providing a realistic way to practice shooting driven game with a rifle.

You can spend an entire day in the beautiful grounds here, and when you’ve had your fill, you can replenish your energy levels with a spot of fine dining at the school’s Stanbury’s Restaurant. Who knows, you may just have found your calling in life. It’s definitely worth a shot. 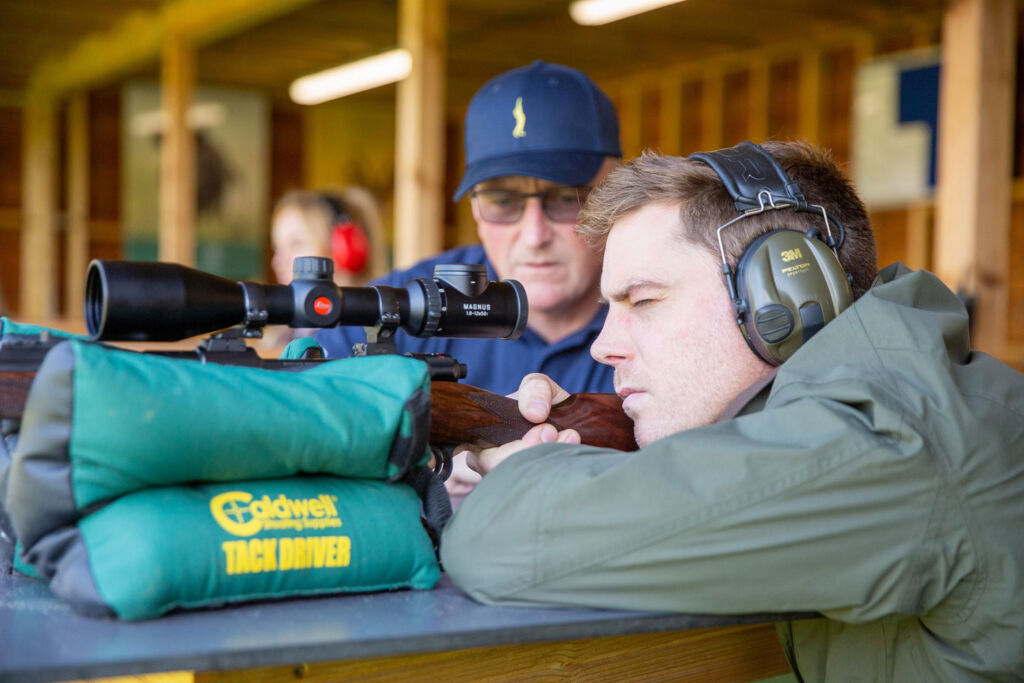 West London Shooting School – Where and how?

If you’d like to learn more about shooting sports, read our in-depth article on the history of British gunmaking and its future here.