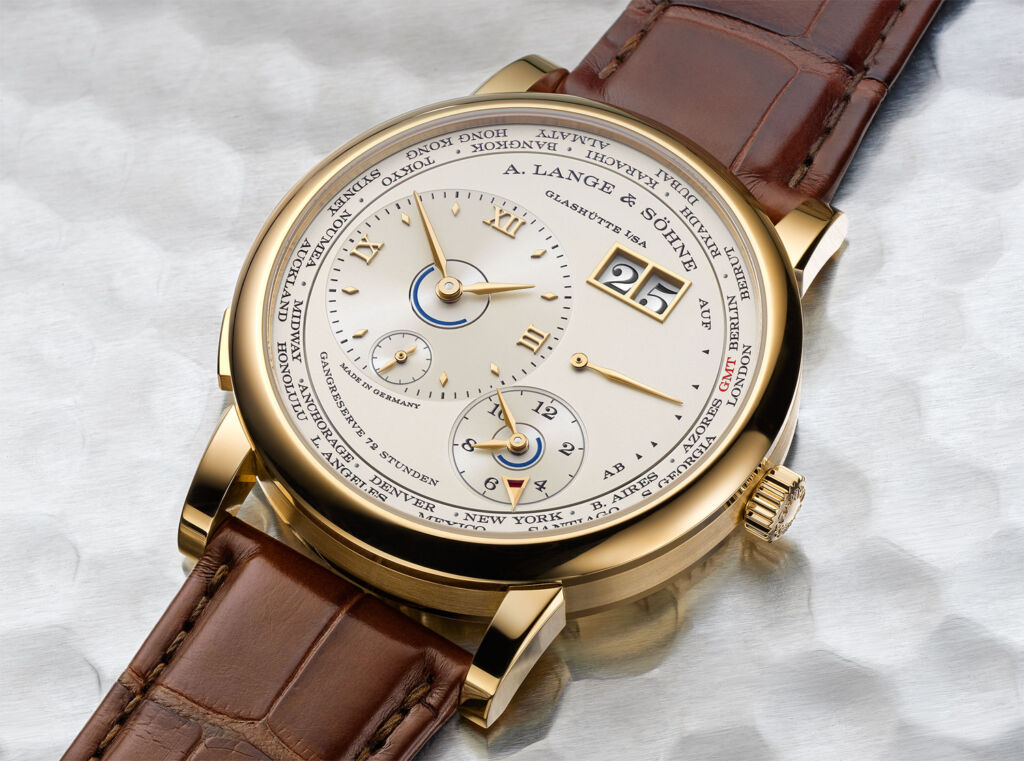 As probably one of Germany’s most high-profile watchmakers, A. Lange & Söhne has managed to carve a name for itself among luxury timepieces and a force to be reckoned with when it comes to ultra-precision watches and meticulous craftsmanship.

Founded almost 175 years ago back in 1845 by a Dresden watchmaker, Ferdinand Adolph Lange, A. Lange & Söhne put Saxony on the watchmaker’s map when Lange’s precious pocket watches earned itself a reputation for their reliability and aesthetic value among watch connoisseurs.

His great-grandson Walter Lange relaunched the brand in 1990 after a time lag of almost 50 years when the watch company was expropriated after World war II. 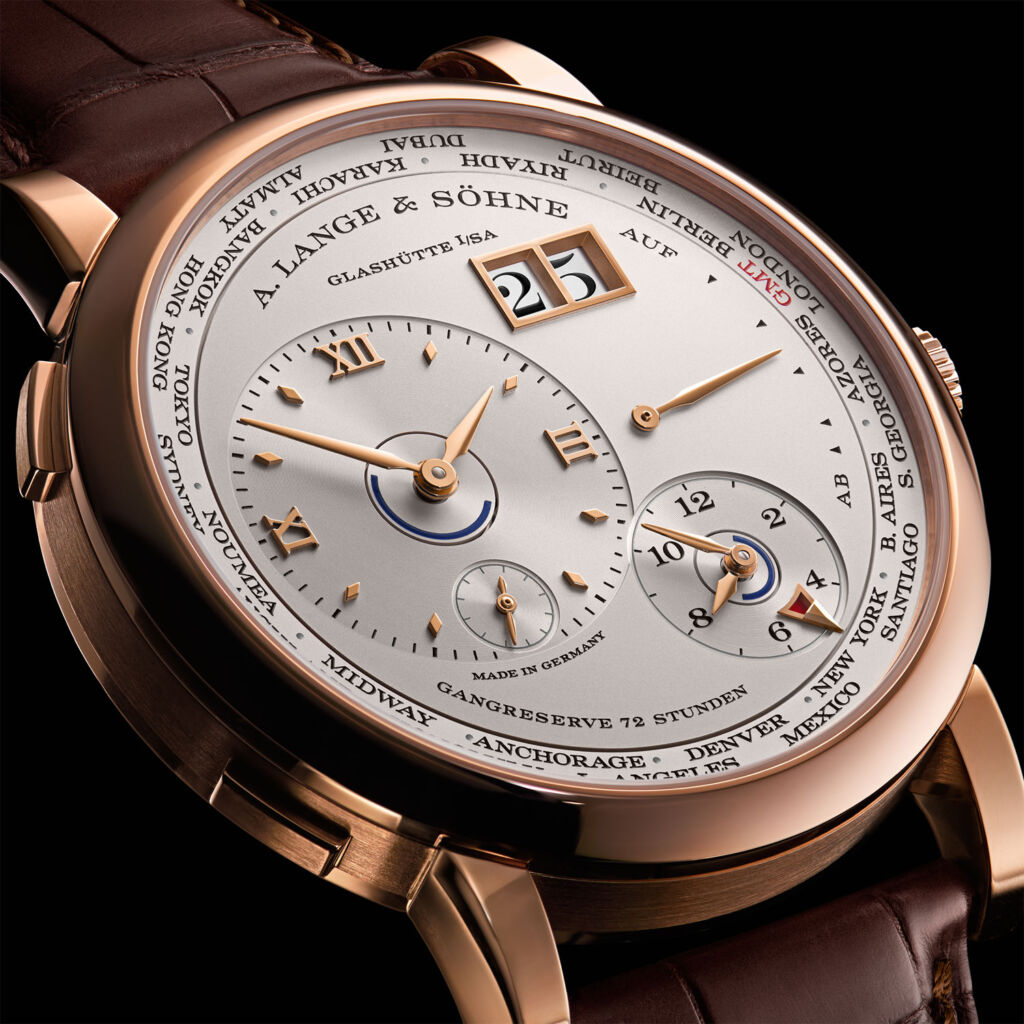 Fast forward today, and A. Lange & Söhne has become synonymous with exclusive as well as elusive qualities as only a limited quantity is produced a year. Predominantly made in gold and platinum, A. Lange and Söhne possess proprietary movements which are decorated by hand and assembled twice. Earning itself a top-notch tier in the luxury watch hierarchy, A, Lange & Söhne is backed with over 65 manufacture calibres developed since 1990.

Among its iconic models, Lange 1 has become a favourite among collectors as the first outsize date in a regularly produced wristwatch. The appeal of the Lange 1 Time Zone lies in its visual component – it shows the time at home and at another time zone at a glance, perfect for those who need to do business with another country or who fly regularly. 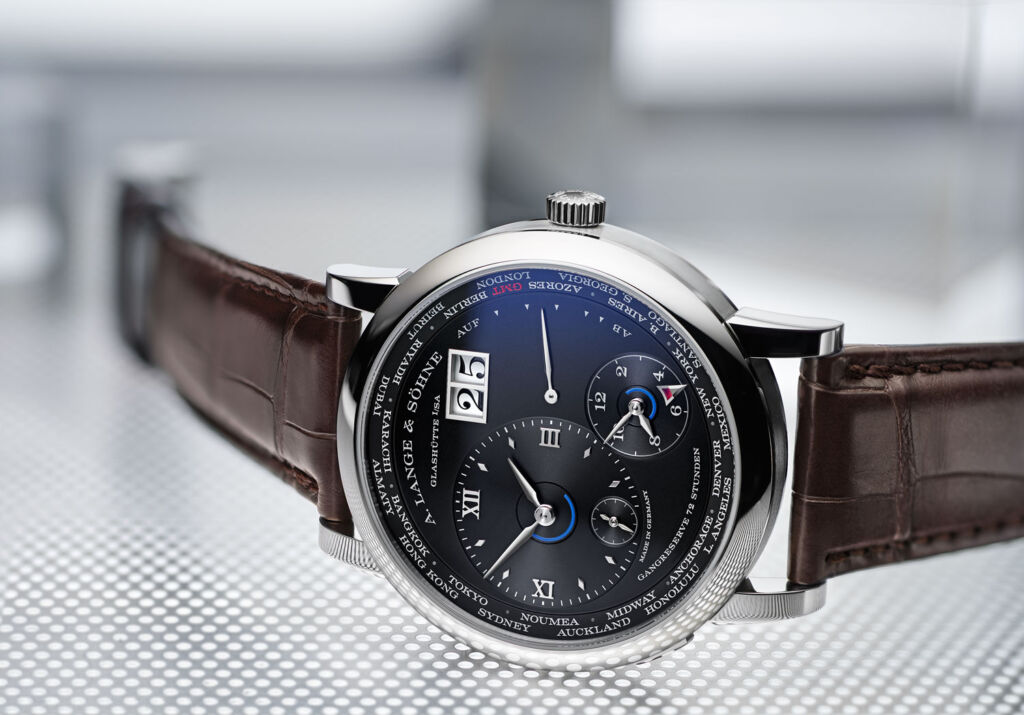 Now 15 years after its debut, this perennial favourite has been given a much-needed reboot with a new manufacture calibre with ring-shaped day/night indicators and a new daylight saving time indicator as a bonus. An asymmetrical dial with two time displays is its predominant distinguisher. An outsize date and power-reserve indicator complete this stunner’s dial features while the list of major cities which ring the outer-dial allows easy setting of the second time zone.

A new feature of the Lange 1 Time Zone worth highlighting is the innovative daylight saving time indication. Located in a small aperture in the golden arrow applique at 5 o’clock which points to the city the second time zone refers to, if it turns red, then that city has a daylight saving time regime. If the standard time applies to a city year-round, then the display appears on a bright background.

This new model also retains the unique synchronization mechanism which allows the time from the smaller dial to be transferred to the larger one. This is useful when the user wishes to stay in a city longer than expected and wishes to read the time of his adopted city in the larger dial.

Further, if the crown is pulled out to the second position, then the times of both time zones can be adjusted synchronously. But if the button of the second time zone is held down, the hour hand will stay in position. The pusher at 10 o’clock can be used to adjust the date. 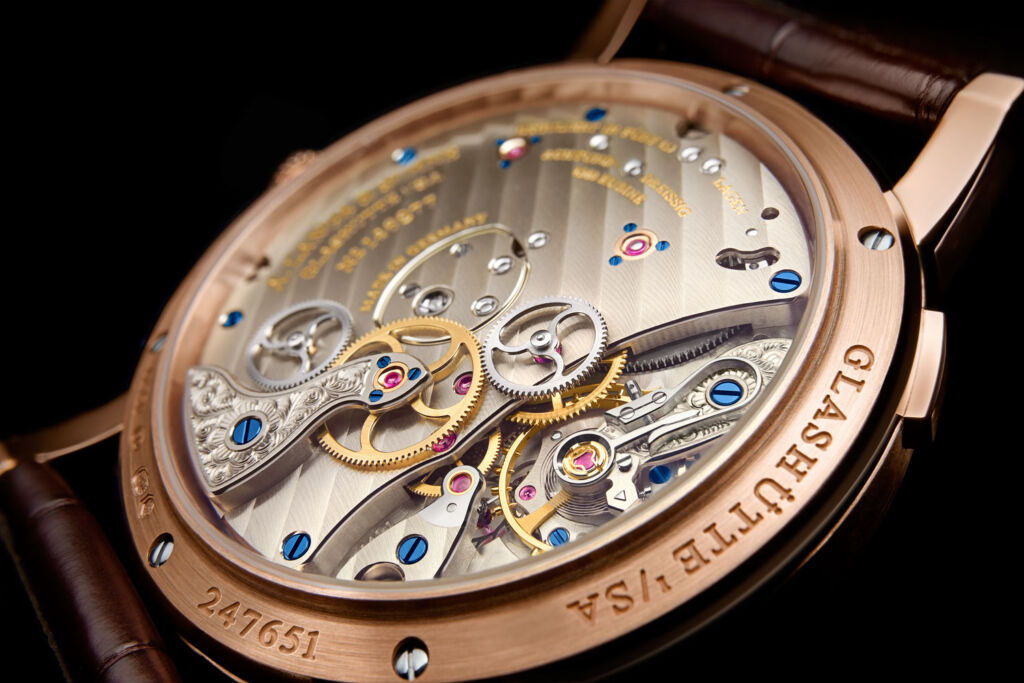 The new redux of the Lange 1 Time Zone is also endowed with new movements such as the new manufacture calibre L141.1. A freely oscillating balance spring crafted in-house and calibrated for a frequency of21,600 semi-oscillations per hour is another new feature. 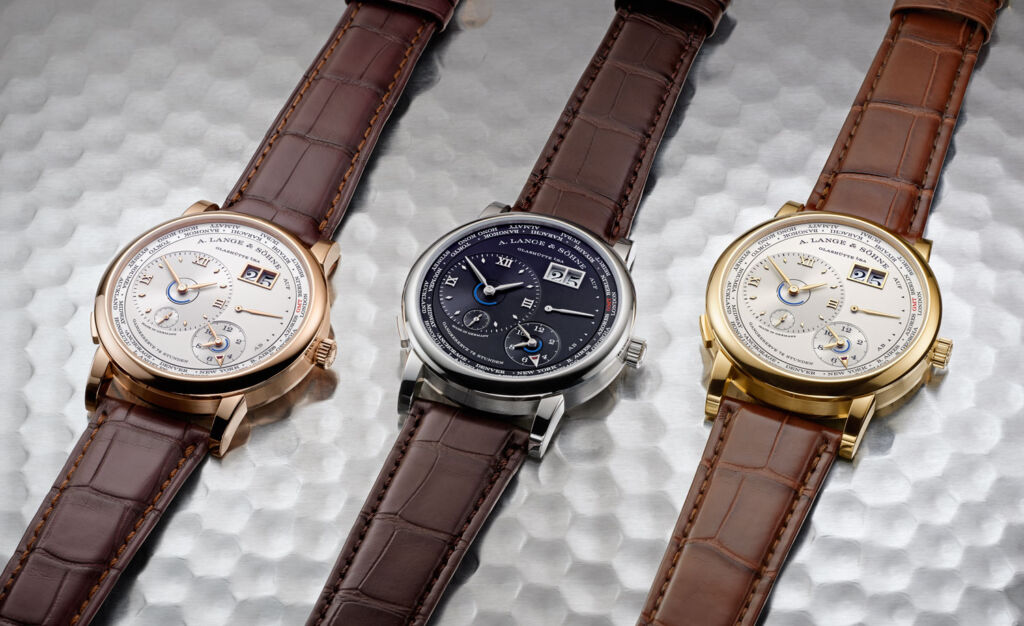 Available in three different types of cases and dials, namely white gold and black, pink gold and argenté and a limited edition of 100 in yellow gold and champagne, the dimensions of the Lange 1 Time Zone remains unchanged at a diameter of 41.9 millimetres and a height of 10.9 millimetres.