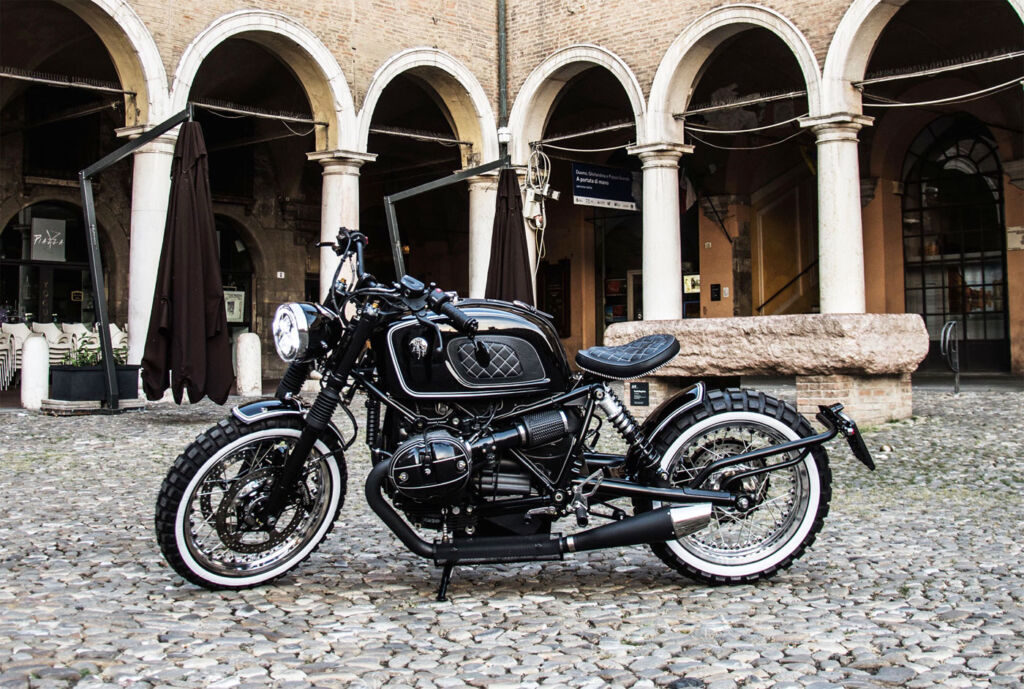 Ares Design of Modena, Italy is known for its car customisation expertise, so the move into motorcycles is completely fresh as is the design based on a BMW R Nine T. The German bike has always been much loved and somewhat of a style icon itself. Now the Italian firm has got to grips with it, they have imposed their unique touches.

Customising Retro style bikes has boomed in the last five years and manufacturers are even doing it in-house. Ares has decided to enter this expanding market and what an introduction it is. ARES DESIGN has applied its engineering know-how to a BMW motorcycle, using the R Nine T as the donor bike. They are happy to announce their BMW Scrambler.

The scrambler style of motorcycle dates back to the late 1920s in Britain, where riders enjoyed racing from checkpoint to checkpoint across the countryside. Rules, like boundaries, were few and far between, but the general aim of the game was to get from one place to another in the fastest time, over whatever obstacle and terrain happened to be in each rider’s way: fields, hedges, hills, streams, woodland, and a lot of rain – the primary ingredients of the British countryside.

The motorcycles of that era weren’t particularly adept at churning up the dirt and thrashing across unpaved roads, so conventional road-focused motorcycles needed to be specially adapted to their new purpose. Thus, the earliest scramblers were born.

The 2017 BMW R nineT boasts all the latest safety systems such as ABS and stability control along with a vivid performance from its 110 PS 1170 cc flat-twin engine. 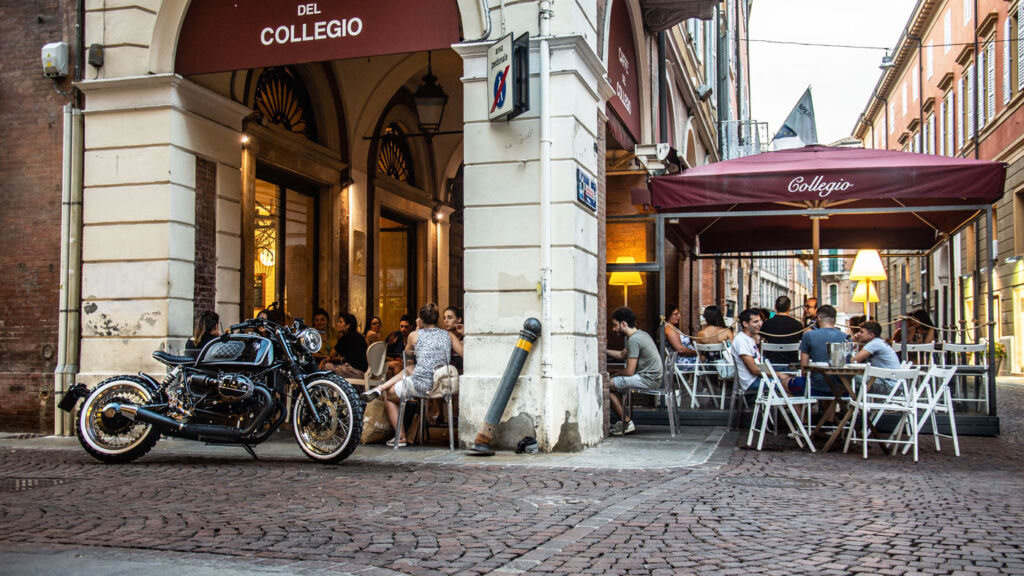 Commenting on the ARES DESIGN for the BMW R nineT, ARES DESIGN co-founder and CEO, Dany Bahar, said: “As someone who rides bikes for fun, I can’t get enough of this one. This project was so satisfying even if it was harder than many car projects we’ve undertaken – there’s so much competition in the motorcycle customisation world, we spent a huge amount of time on the frontend development, trying to create something completely different. My co-founder and Executive Chairman, Waleed AlGhafari, and I have always been very clear that ARES DESIGN is an original vision design company. We want to create all kinds of so-called ‘boys’ toys’, and definitely not just the four-wheeled variety.”

Arnaldo Torone, ARES DESIGN’s Chief Engineer for the work on the BMW R NineT, added: “Thanks to its minimalist styling the BMW R nineT made an ideal candidate for conversion. One of the first things we did was design a new tank cover from carbon fibre that apes the design of the 1960s, and we replaced the seat with a more traditional unit designed and clad in leather by our incredible team of leather specialists. In keeping with the 1960s vibe the modern cylinder head covers have been replaced by freshly designed aluminium units that we feel give the engine a retro look without compromising its modern performance.

We completely transformed the exhaust system, and the sound the bike makes now is incredible, about as far away from ‘standard’ as you can imagine. The result is a beautiful piece of work and we’re really proud of it. With the recent unveiling of the Panther prototype we’ve shown what we can do with cars, now it’s time to show what we can do with bikes too.”

The main mechanical change is to convert the R nineT’s central rear spring strut unit to a twin rear strut/damper set-up that reflects the period style more closely, while the handlebars are replaced with a reprofiled low slung item, which is again more in keeping with the retro style. There has been a significant change to the rear swingarm, which has been completely redesigned to remain faithful to the retro style. 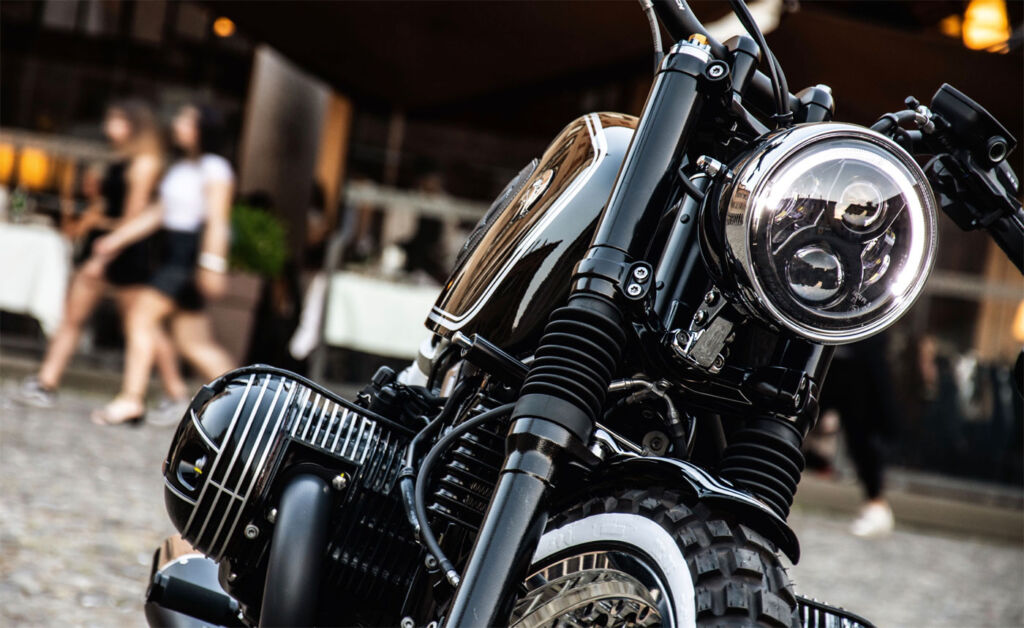 The original single-sided swing-arm with single shock absorber has been replaced by a double arm swingarm with double shock absorber, which hides the original disc brake, simulating perfectly an old drum brake. A new carbon fibre headlight cowling houses the modern headlight speedometer with the onboard computer but fits the period better, while the indicators and rear light have been replaced with smaller retro-styled LED units. Even the switches on the handlebars are replaced with retro-styled items.

The first scrambler modified by ARES DESIGN will be built in limited numbers at a starting price of €49,000 (donor bike included) and with scope for further personalisation by ARES. With an initial production run of just 25, exclusivity is guaranteed.

It is the ideal motorcycle for customers who appreciate retro styling but demand turn-key reliability and all the latest safety equipment one expects from a BMW.