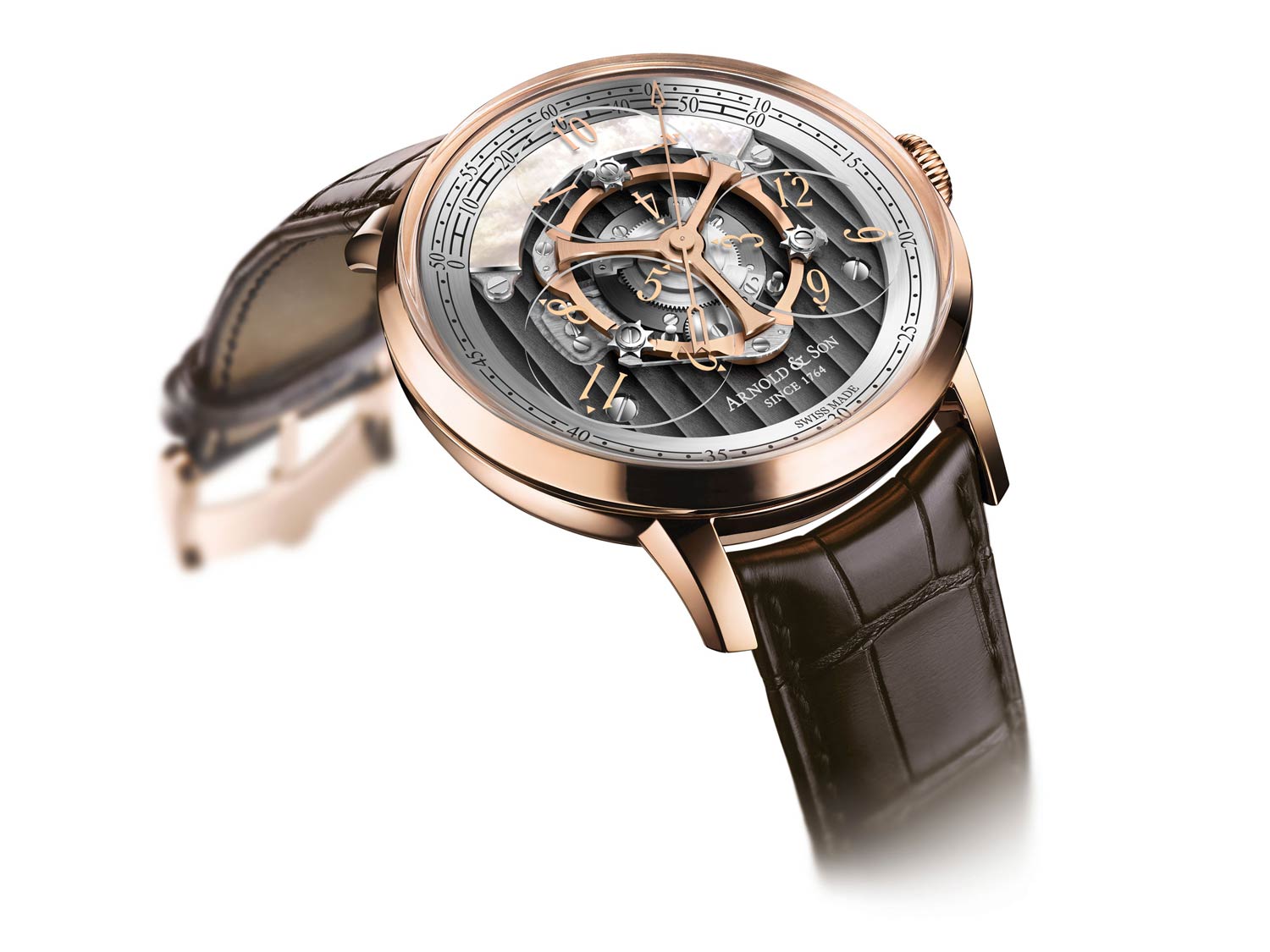 The Arnold & Son Golden Wheel, a unique three-dimensional interpretation of the ancient wandering hours complication that has roots in table clocks of the mid-17th century 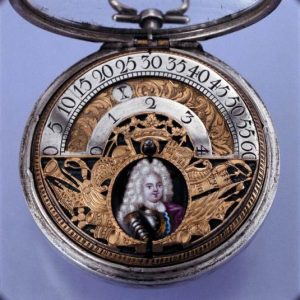 With a rich British watchmaking heritage that dates back to the 18th century, Arnold & Son masterfully reinterprets history with a visionary eye to the future. Underscoring its watchmaking prowess, Arnold & Son regularly unveils complicated watches with a unique twist. The patented Golden Wheel deftly reflects the brand’s ingenuity and commitment to Haute Horlogerie.

The Golden Wheel combines the first-ever wandering hours function with the true beat seconds complication. It is part of the Instrument Collection, which pays tribute to the timepieces focused on chronometry that were developed during the second half of John Arnold’s life and with his son Roger. In the case of the Golden Wheel, the manufacture movement was three years in the making from concept to development, and challenged the brand’s watchmakers at multiple stages of design and development.

The wandering hours function, also known as a jumping digital hours indication, occupies the top arc of the watch dial (from 10 o’clock to 2 o’clock). Beneath it, Arnold & Son fills the time-carrousel of the Golden Wheel with a true beat seconds hand from the central axis – adding visual complexity and elegant motion. The true beat seconds (sometimes referred to as dead beat seconds) is a specialty of Arnold & Son. The precision function enables the seconds to beat incrementally as opposed to sweeping along the dial – allowing for more accurate reading. 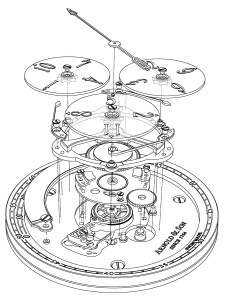 The superlative technology and watchmaking expertise inherent in this movement is further enhanced by the fact that Arnold & Son has made the mechanism visible from the dial side in spectacular glory. Not only does the brand use three separate transparent sapphire disks (that seem to float above the dial) for the time indication, but also it elevates many of the other movement parts for an incredible three-dimensional allure. This creative and visionary spirit transforms the Golden Wheel into a thoroughly modern interpretation of the wandering hours.

Arnold & Son crafts the central time-carrousel in solid 18-carat red gold, thereby giving the masterpiece its Golden Wheel name. The mother-of-pearl arc displays the current hour, as the sapphire disks with the hour numerals on them float over the arc. Gold arrows on the hour disks point to the minutes dial-frame located above the hours arc. Finally, the true beat seconds indication is displayed via a large graduated outer ring on the dial and read via the central golden hand. The dial plate is treated NAC grey with Côtes de Genève finishing.

The A&S6018 is a mechanical self-winding movement with 29 jewels and 232 components. It beats at 28,800 vibrations per hour and offers 50 hours of power reserve. In typical Arnold & Son style, the movement is treated in palladium and is meticulously decorated with Haute Horlogerie finishing, including hand-chamfered bridges with polished edges, fine circular graining, Côtes de Genève rayonnantes, circular satin-finished wheels and blued screws with bevelled and mirror-polished heads. The oscillating weight is skeletonised with brushed surfaces and palladium treated. The magnificent movement is housed in a superb 44 mm 18-carat red gold case.

The Arnold & Son Golden Wheel is a limited edition of 125 timepieces.