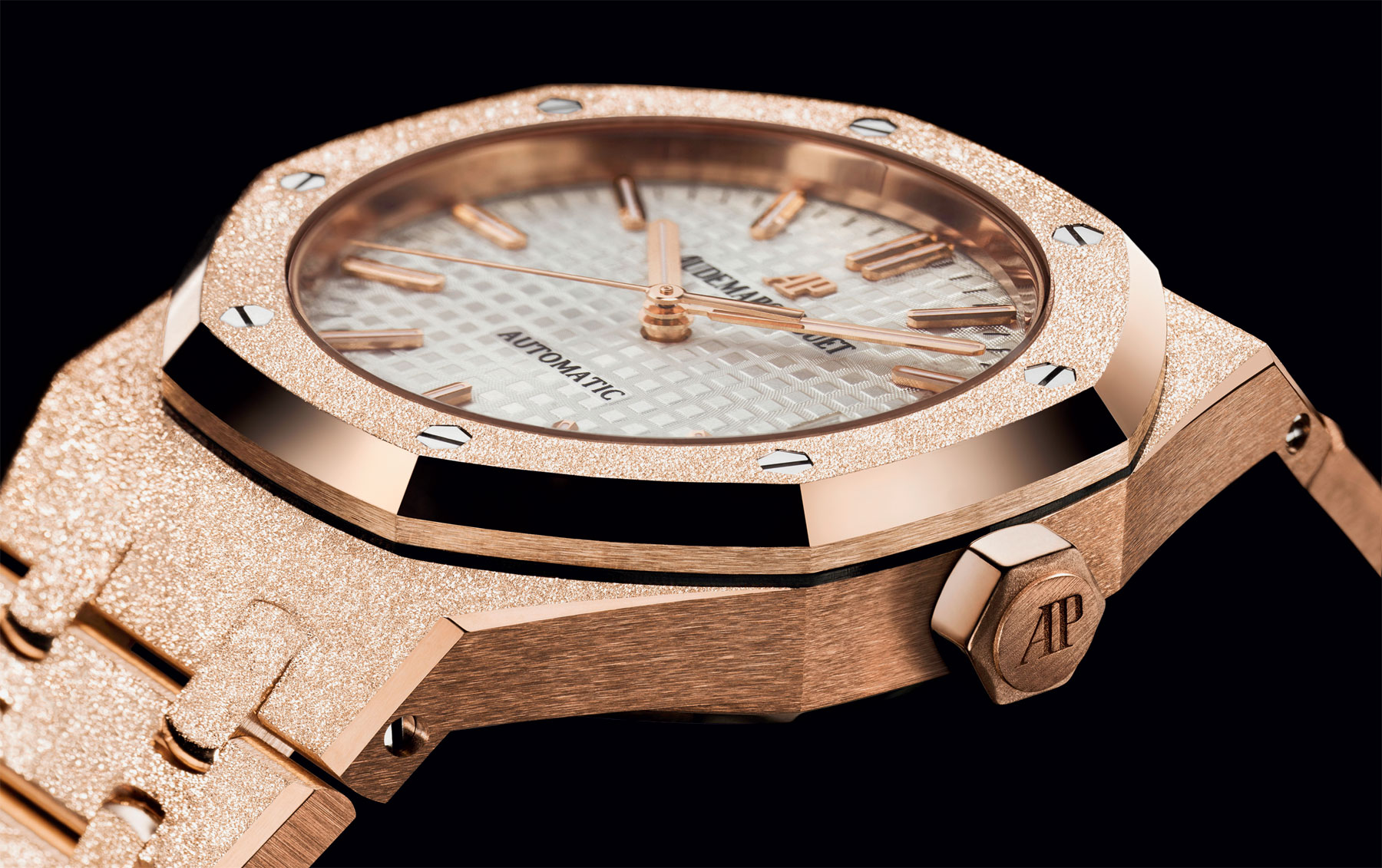 Ong Chin Huat examines the Royal Oak Frosted Gold, the new timepiece from Audemars Piguet and is suitably impressed with this contemporary icon

Glittering yet subtle, Audemars Piguet’s latest offering at the recent SIHH in Geneva is a timepiece which does double duty as a beautiful item of jewellery as well. To coincide with the 40th anniversary of Audemars Piguet’s Royal Oak Collection, the Royal Oak Frosted Gold made its debut in SIHH 2017 where it attracted admiring glances and plenty of interest.

Created in collaboration with Florentine jewellery designer Carolina Bucci, the new Royal Oak Frosted Gold is available in both white and pink gold and continues Audemars Piguet’s tradition of experimenting with new and different jewellery techniques. 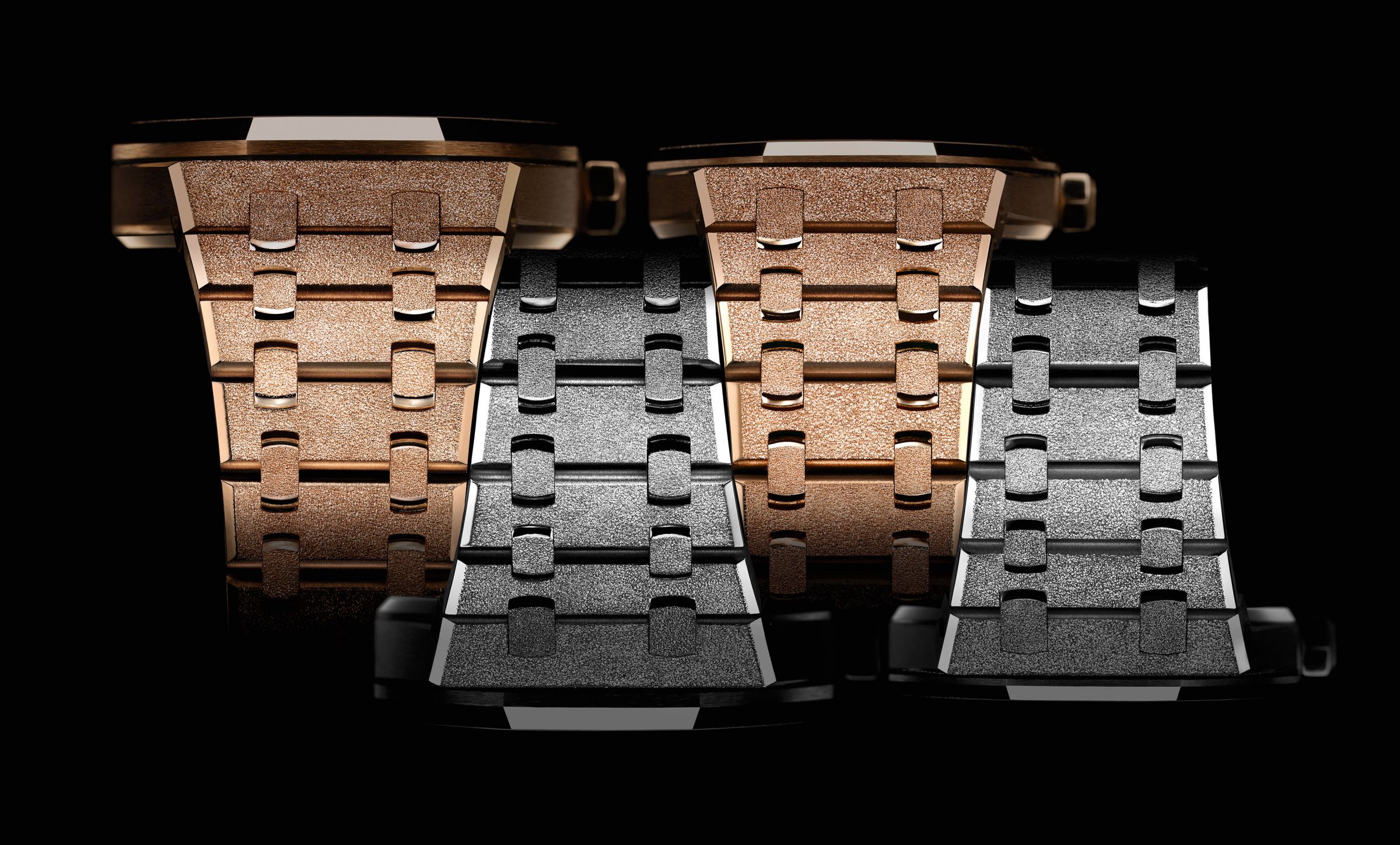 The most notable feature of this unique and beautiful Riyal Oak rendition is the glimmering surface which is achieved by a special process which heralds back to a gold hammering technique called the Florentine technique. Done by beating the gold with a diamond-tipped tool, the finished look gives the effect of a sparkling surface, not unlike the glitter of diamonds. 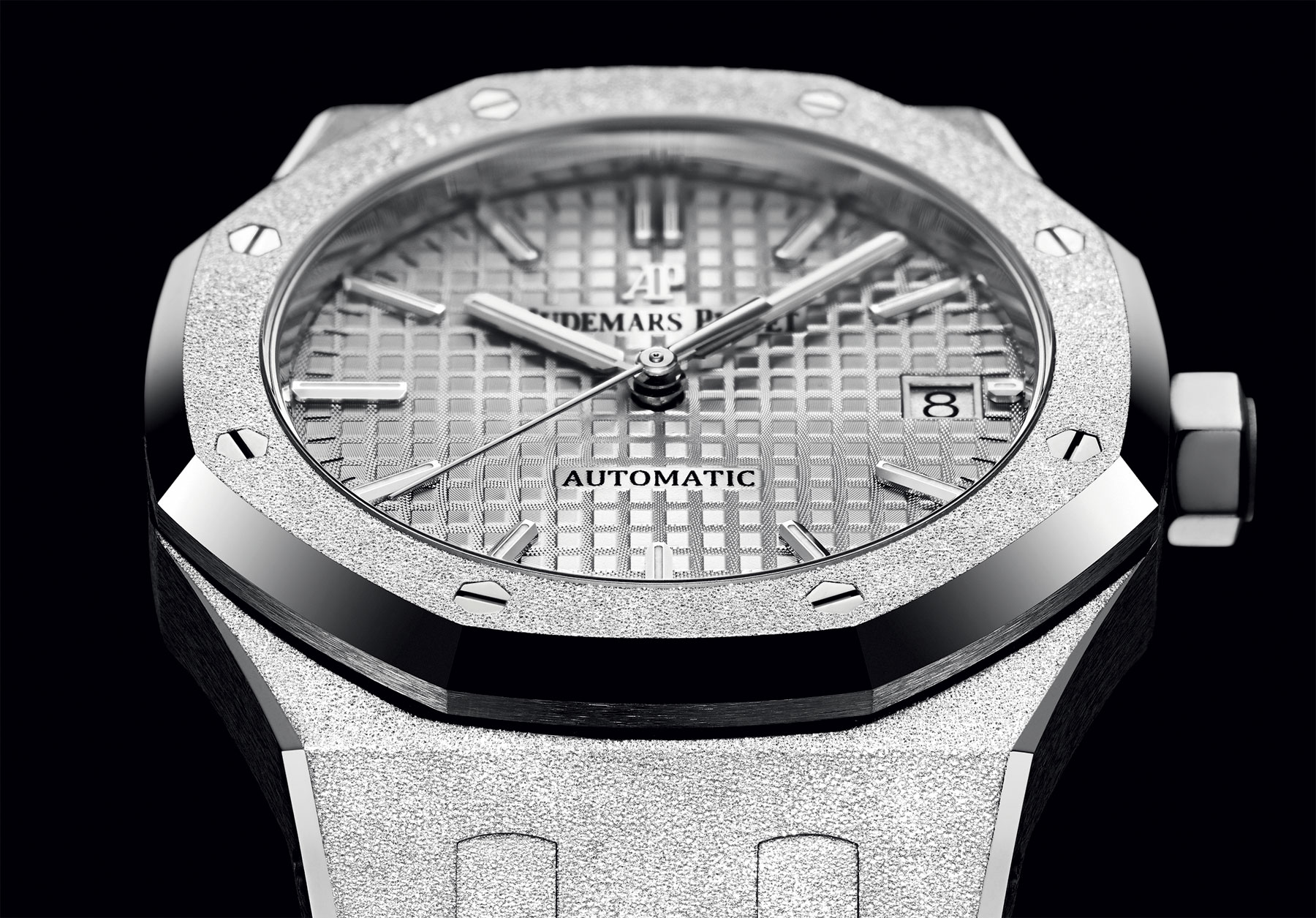 But the challenges that faced the Audemars Piguet craftsmen in achieving this effect was to maintain the clean lines of the case and bracelet while applying this technique. It took months of trial and error to perfect this technique on the Royal Oak timepiece – the graduating bracelet required that the polishing and satin finish was done in a different way. Maintaining the softness and flexibility of the bracelet was also another consideration as nothing was added or subtracted.

The launch of Royal Oak’s Frosted Gold also marks Audemars Piguet’s collaborative efforts with female designers who have played an important role in shaping the Royal Oak’s legacy. From Jacqueline Dimier who reinterpreted Gérald Genta’s initial 1972 model and imagined the first Royal Oak for women in 1976, to Carolina Bucci today.

Merging Dimier’s iconic design with Bucci’s modern sensibilities have resulted in this exceptional timepiece which is sure to become a connoisseur’s coveted item in the years to come. 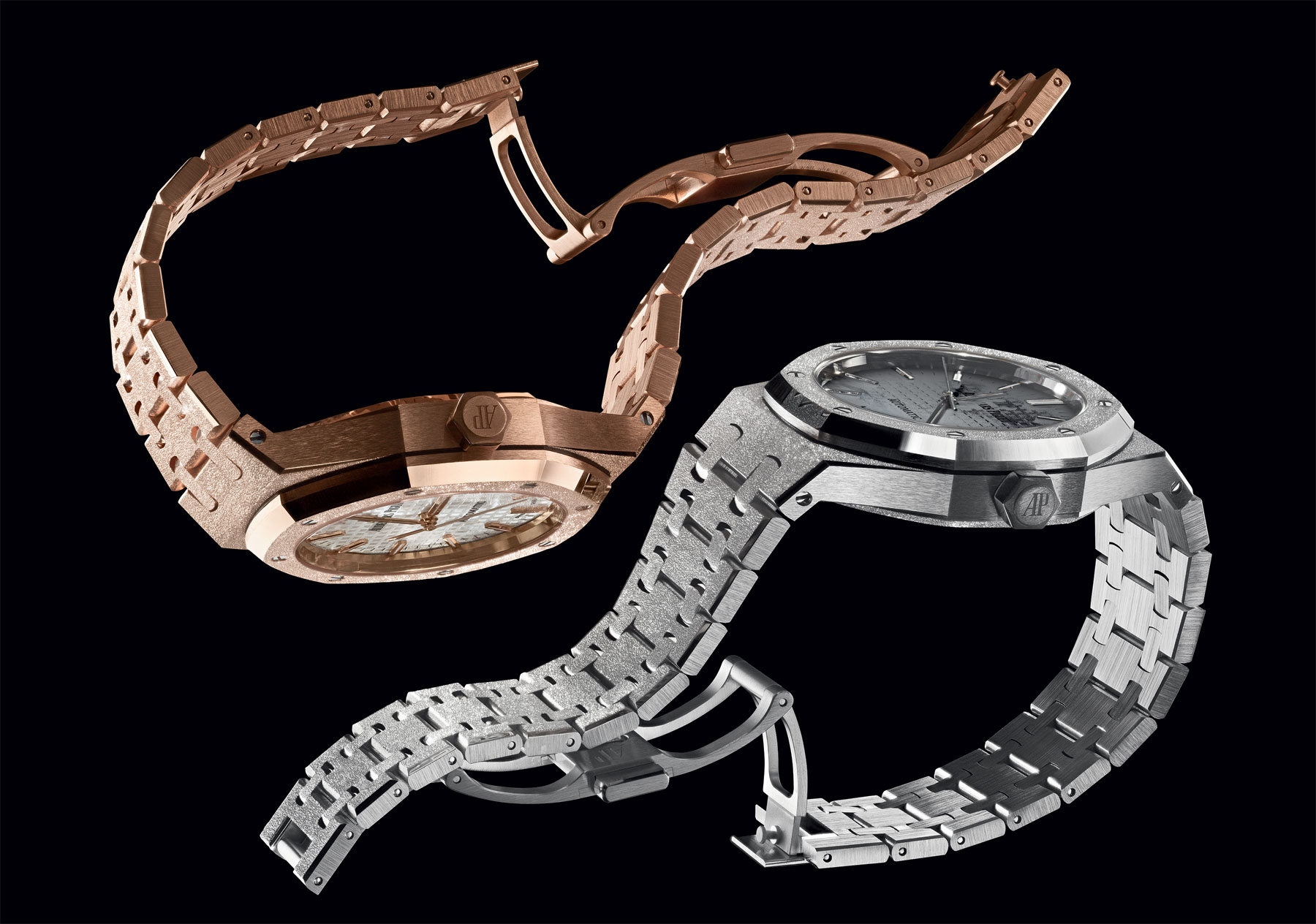