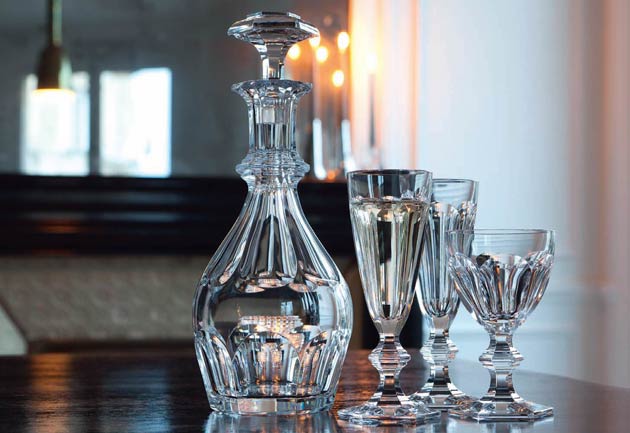 Baccarat Harcourt – A Saga, An Icon

Magnifying the effects of light for the past 170 years, the Harcourt legend embodies not just a single glass, but a whole family of objects with a brilliant destiny. In 2013, by grouping together all of its designs cut under the iconic name of Harcourt, Baccarat is opening a new chapter in its breathtaking story and will be launching multiple new designs at the annual Paris Maison & Objet exhibition. From the Eve Harcourt glass to the lemon squeezer designed by a student at Lausanne’s ECAL design school, to the Harcourt Our Fire candlestick by Philippe Starck in a black or a white version, the epic story of the Harcourt legend is being perpetually reinvented. In the avant-garde of design, Baccarat also invites you to discover the Lady Crinoline chandelier designed by Jean-Marc Gady, and a mystery animal, the latest edition to Jaime Hayon’s Zoo family. 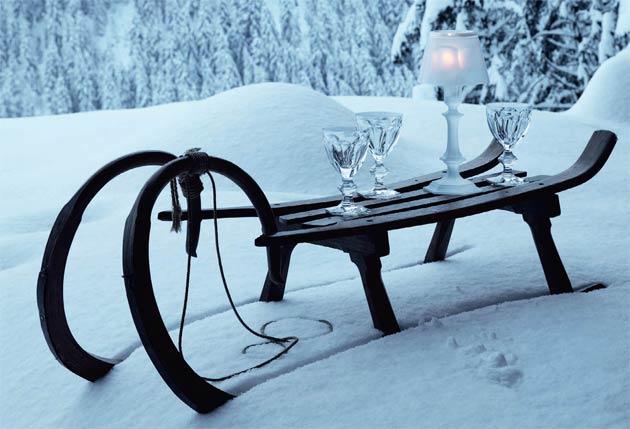 In 1841, when French King Louis-Philippe ordered a ceremonial chalice engraved with his royal monogram from Baccarat, the glass with six facets decorated with a ruby crystal button charmed the monarch and his guests. The like of this exceptional piece, with its bold lines, had never been seen before, and glittered from the outset with its structured volumes, inspiring the world’s best known Crystalworks to create the Harcourt glass, which has since become the timeless icon of Baccarat. 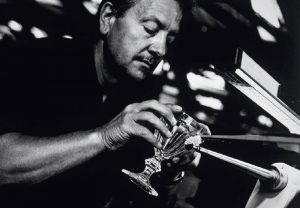 A Holy Grail adopted by the most notable people of their day, including Emperor Napoléon III, the Harcourt service has been adorning the tables of statesmen, aristocracy and royalty worldwide for over 170 years, from the Vatican to the Elysée Palace in Paris, the Brazilian and Lebanese presidencies, the Kingdoms of Thaïland and Morocco, and French embassies in the United States and the United Kingdom. In 1957, it adorned the tables for the state banquet given by the French President in honor of her majesty the Queen Elizabeth II of England. Baptized in 1920 with the name of one of the oldest French noble families, the Harcourt service has always retained its original design, while continually expanding over the years. On the strength of its innovative lines, it has also been reinterpreted by a galaxy of famous creators and designers, from Inga Sempé to Philippe Starck, with his celebrated Darkside collection.

With its hexagonal foot and six cut-crystal facets, each glass magnifies the effects of light to the point where it becomes pure magic. As if lighted from within, the crystal glitters in glory. Because the creation of a single Harcourt glass alone requires around 60 or so workers, including glass-blowers, glasscutters engravers, and gilders, it epitomizes outstanding know-how and craftsmanship – a unique expertise, practiced by craftsmen who are both heirs and owners, able to magnify their otherwise invisible yet ever-present technical skill. Of all the French luxury Houses, Baccarat boasts the greatest number of elite “Meilleurs Ouvriers de France” and is also the only crystal maker to employ an official “Maître d’Art”, the equivalent of a Japanese “National Living Treasure”.

Like a book written and re-written over the years, the Harcourt glass is a never-ending story full of surprises, and this year Baccarat presents yet another chapter. With its stem decorated with a ruby or mist-grey button, the icon is intensely more magnetic, fully capturing the attention. 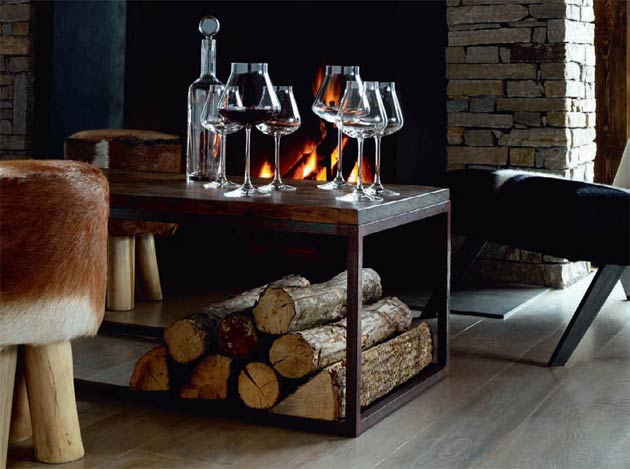 In 2013, Baccarat is commemorating its iconic Harcourt glass with a new tableware collection. Baccarat and the Plaza Athénée Hotel in Paris have joined forces and are applying the expertise of mixologist Thierry Hernandez to create an all-new “Baccarat Harcourt” cocktail served in the eponymous glass. Characterized by the intensity of its gold red coloring, the celebrated “Rouge à l’Or Baccarat”, the new cocktail is reflected in the facets of the crystal glass.  The Harcourt Cocktail will be available all year round in The Bar at the Plaza Athénée, in the Baccarat Cristal Room in Paris, and in Baccarat B bars in Japan. Thierry Hernandez created “Baccarat Harcourt” with a sumptuous mix of red fruit: blackberries, wild strawberries, and cranberries, on a Cognac foundation, spiked with a dash of passion fruit and topped up with champagne. An alcohol-free version is also available using apple juice, aloe vera and elderflower, perked up with hint of lime. 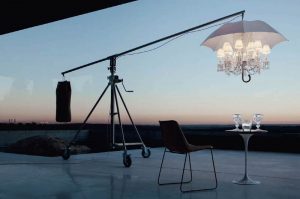 La nouvelle Diva de cristal For almost 250 years, Baccarat has been writing the history of light and marshaling its prodigious technical expertise to create sheer magic and poetry. Combining tradition and innovation, Baccarat never ceases to adopt and master new lighting technologies as a means of showcasing the matchless expertise of its elite craftsmen. The fruit of this unique fusion of past and present is a constant stream of extraordinary creations fashioned by the skill of the glass blower and magnified in the fiery depths of a glass furnace. With Lady Crinoline, Jean-Marc Gady continues this enthralling history and propels the classic Crinoline chandelier into the 21th century. A wind of modernity has blown on the original Crinoline chandelier for a more minimalist approach, timelessly expressing the delicacy of lead crystal and the mystery of its infinite reflections. Designed in two versions, the chandelier draws the eye towards the spiked prisms which are transformed for the occasion into the jewels of a crown whose understated lines magnificently highlight its intense beauty.

The LED version features 39 large prisms bathed in an original sparking light. “Creating real lighting rather than a luminous object is really time-consuming. It took us two years of research to come up with the right light,” explains Jean-Marc Gady. In the second, halogen version, smaller prisms have been added and are lit by a warm, colored light. The different versions are a source of inspiration for a wide range of settings. They can be hung at different heights so as to inhabit the space from floor to ceiling, “like the letters of an alphabet you rearrange to spell different words,” adds the designer. In any combination, the Lady Crinoline forms a glittering crystal cascade.

New addition to the Baccarat Zoo

As a continuation of his irresistibly charming animal collection, Jaime Hayon is to extend the menagerie. After his cheeky monkey, comical duck and gourmet bear, the Spanish designer has now produced an endearing elephant. Standing on its porcelain base and hand-crafted in clear or grey-blue crystal, the elephant has a stately presence with its sculpted body, almond eyes, and ears carved in slender cut lines. Tamed, trained, and beautifully dignified, it will become an ever-faithful friend, like its three companion pieces. 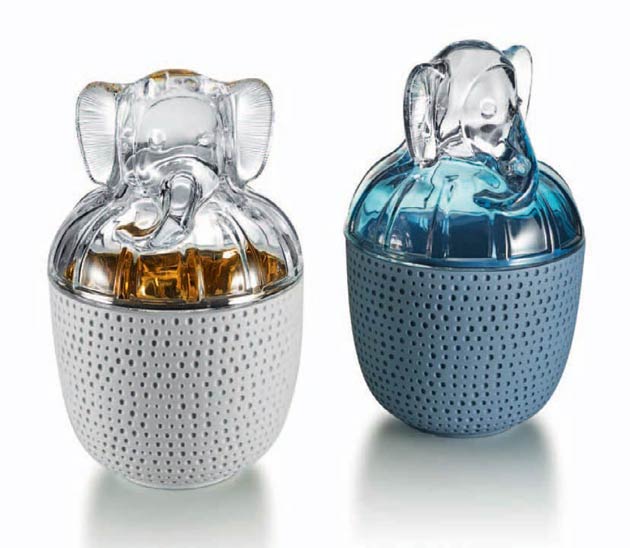