As we move into the latter part of 2021, many people are still looking for inspiring places to head off to for a break. For this travel feature, we’re focusing on Cascais, one of Portugal’s lesser-known gems and exploring how it helped introduce the world to a well-known British ‘secret’ agent.

As I sit at my desk, looking out of the office window at the grey skies and leaves falling from the branches, I can only dream of heading to sunnier climes. In these current times, every country has a differing opinion about travel. If you’re in one of those countries where travel is relatively unrestricted, we have a treat for you, and it comes in the form of Cascais in Portugal. 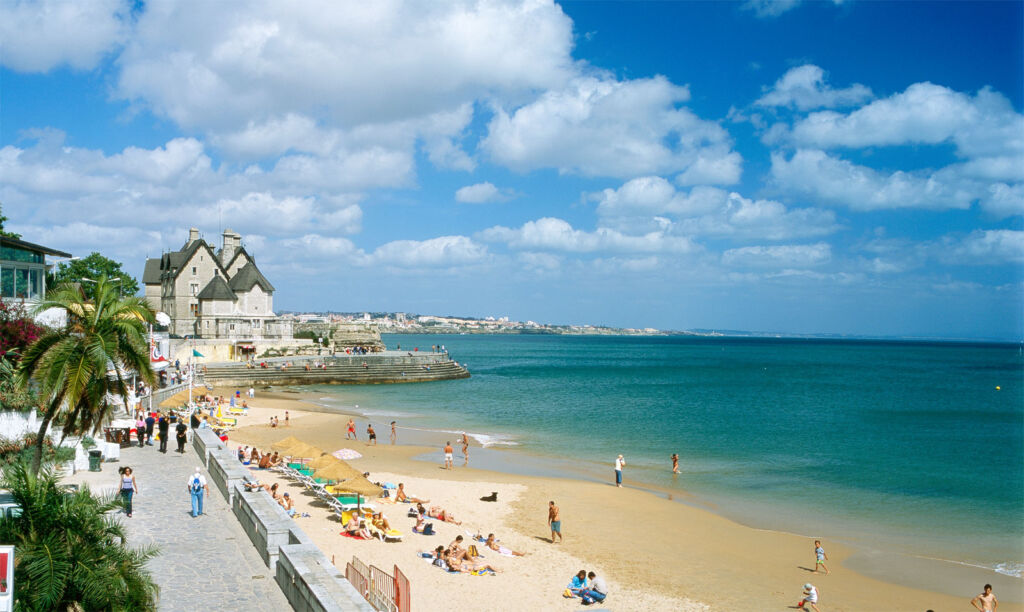 For millions of travellers, Portugal is one of those shoo-ins at the top of the travel list. It boasts great weather, has an award-winning coast and is filled with a huge amount of history and culture. In this travel feature, we’re taking a closer look at Cascais, one of the country’s best-kept secrets. Aside from what has just been mentioned, there’s another good reason to head there, particularly if you are a fan of Bond, James Bond.

Very soon, and after much delay, the 25th instalment of the James Bond franchise, called ‘No Time to Die’, will be coming to the cinema screens. James Bond has thrilled 100s of millions around the world since it first appeared on the screens way back in 1962 and still produces the same effect today. However, as knowledgeable as some fans of the franchise are, they might be unaware of its connection with one area along the Atlantic coast called Cascais.

Cascais and Estoril, which are located close to Lisbon, are the birthplace of Casino Royale. It was actually the Casino Estoril where the writer Ian Fleming found the inspiration to pen the famous novel in 1953, which later gave rise to one of the world’s greatest on-screen characters. 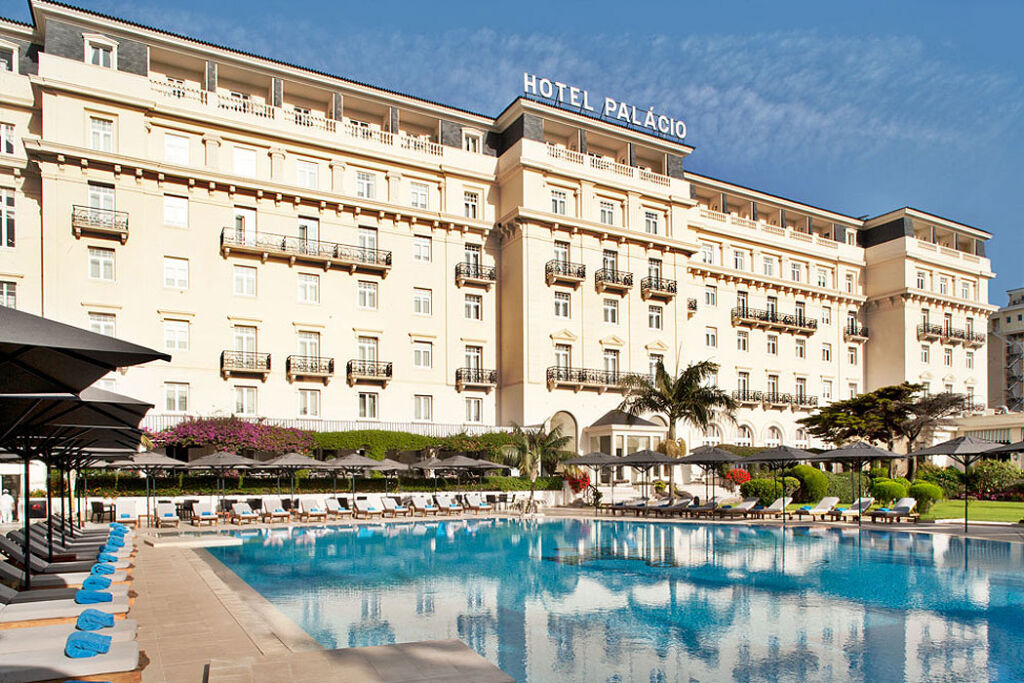 Roll on another sixteen years, and the James Bond connection was strengthened even more with the filming of ‘On Her Majesty’s Secret Service’ in Cascais and Estoril in 1969. Part of the movie was shot at the Hotel Palácio, Estoril, and it’s incredible to think that this took place more than half a century ago.

Even today, you’ll find a James Bond connection at the hotel, in the form of José Diogo, the receptionist who delivered the room key to George Lazenby and is still a member of the hotel’s staff. 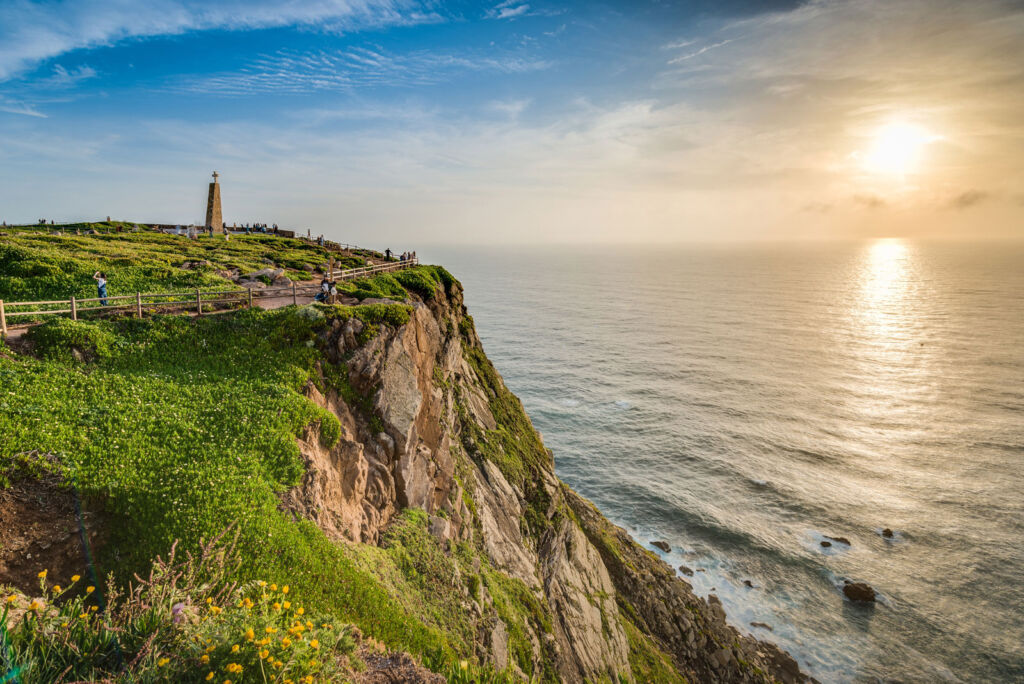 Only a short walk from the Hotel Palácio is the Guincho Coastal Road, where Bond’s new wife met her untimely end. Another must-visit place is The Guincho Beach, where James Bond prevented Contessa Teresa de Vicenzo from committing suicide whilst fighting off two attackers.

Cascais is a beautiful and historical area and is a welcome escape from the more crowded streets of Lisbon, which is 35 minutes by car or 20 minutes by train. Historically, it was known as a refuge for the Portuguese nobility during the second world war. Today, it is a blend of 19th-century architecture and traditional Portuguese charm.

It’s not all about secrecy and international men of mystery here; there’s also endless culture to enjoy, incredible architecture, great weather and of course, the sea and sand.

Wherever you decide to go in Cascais, you’ll find nods towards the areas royal past. Visible from the winding cobbled streets are extravagant villas dotted in between classic eateries and boutiques, and if you look carefully, you’ll even be able to see some rather grand palaces.

Cascais is a relatively undiscovered region of Portugal, and it’s easy to get to being just a 20-minute train ride from Lisbon. The town of Cascais and neighbouring palatial Sintra would make a welcome escape from all the hustle and bustle, and a stay here should make for a relaxed and refined escape.

Cascais – Where and how?

Getting there
From the UK, there are daily departures from London Heathrow, Manchester and Gatwick to Lisbon. Flights are priced from £55.00 return and include taxes and are via TAP Air Portugal. For more information, please visit flytap.com.

Where to stay?
If you want the Bond experience, we’d suggest a stay at Palacio Estoril, which costs approximately £154.00 per person, per night.

Get the James Bond Experience
Whether you are a die-hard or relatively new Bond fan, one of the must-try things is The James Bond Tour. On this tour, you’ll get the opportunity to visit the places in Cascais where “On her Majesty’s secret service” was filmed. Along with information on their past and the roles they played in the film.