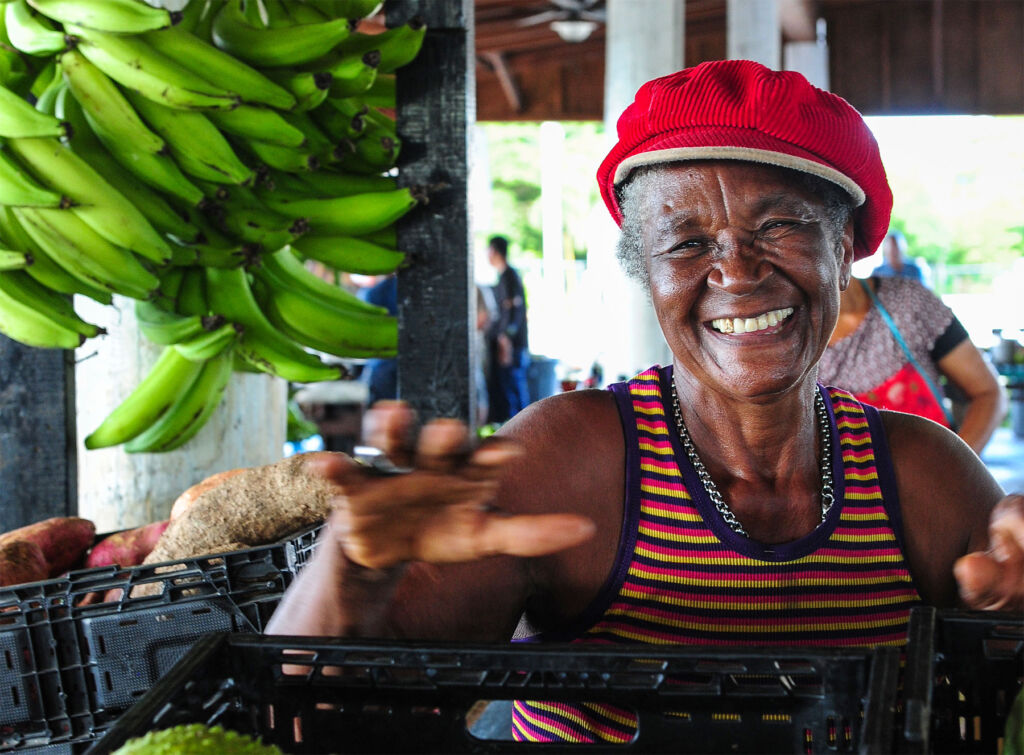 There are some incredible things to look forward to and experience in the Cayman Island in 2023, including new hotel openings, cookouts, carnivals, races and more. In this feature, we look at some of the enticing things the islands of Grand Cayman, Cayman Brac and Little Cayman have in store for visitors and locals alike.

To start things off, we look at the incredible new luxury Hotels that will be opening in the Cayman Islands in 2023

Vida Ocean Adventure Lodge
Vida Ocean Adventure Lodge is expected to open in June 2023 on the edge of Barker’s National Park. Healthy adventure is the focus of the property, which is headed by Jhon Mora, instructor, pro kiter and owner of Kitesurf Cayman. Guests can benefit from Mora’s own sporting expertise when they join one of his kite-surfing excursions, or they can opt for other activities such as paddleboarding, snorkelling, hydro-foiling, cycling, fishing, scuba diving, horse riding or yoga on the dedicated yoga deck.

The property will also have a gym and 18 individually designed apartment-style accommodations that range from studio size to a 2000+-square-foot three-bedroom apartment. VIDA will be the perfect blend of adventure and luxury.

Kailani Grand Cayman
Luxury and wellness seekers might want to consider a stay at Kailani, A Curio Collection by Hilton Hotel. Slated to open in November 2023. The property is located between George Town and Seven Mile Beach, with a stylish vibe across its 80 guestrooms, comprising studios to three-bedroom suites, as well as amenities such as yoga mats and a beverage bar.

Kailani’s interiors have been designed to fuse world travels with the local culture and include materials sourced from the local landscape, such as limestone, coral and native fauna, and shaped by the Caribbean Sea. Guests can sign up for wellness programmes at the spa and enjoy healthful culinary options at the on-site restaurant, poolside bar, grab-and-go station and juice bar – all of which will use produce from the hotel’s 60-acre farm, which is also located on Grand Cayman. 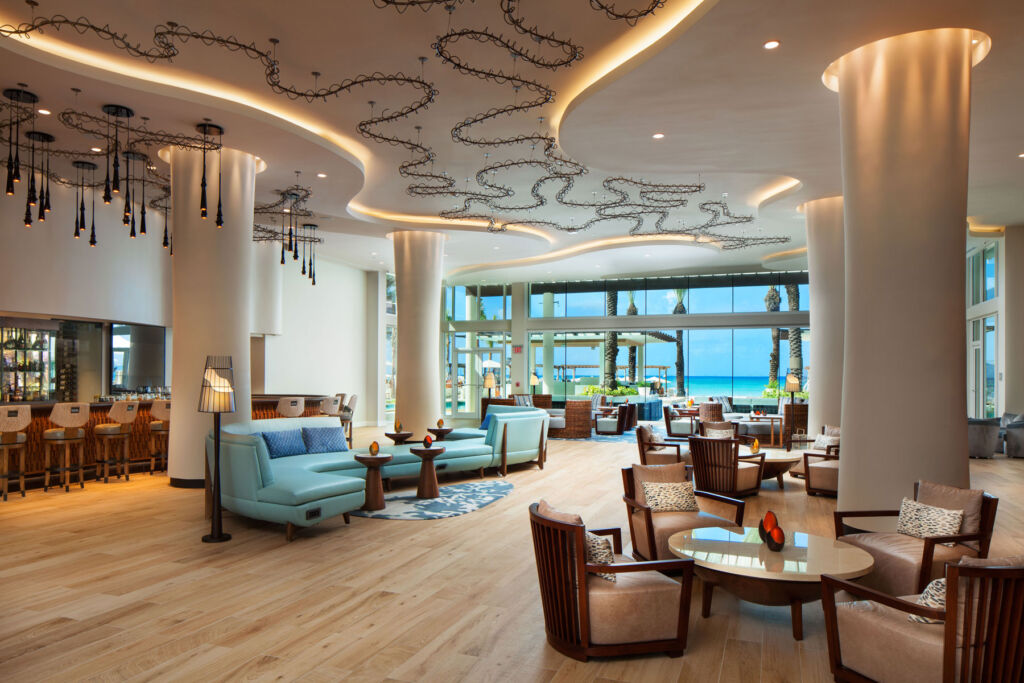 Looking Ahead on Grand Cayman
Hotel Indigo Grand Cayman is scheduled to open in 2024. It is a 282-room beachfront property with multiple restaurants, a pool deck and a rooftop bar.

In 2025, the island’s luxury hotel scene will be elevated further as two new properties make their debut. Mandarin Oriental Grand Cayman, located on the coast of St. James Point in Bodden Town, will have 100 hotel rooms and 89 residences on a 67-acre resort.

The property will feature multiple swimming pools, a swimming cove and a beach; a spa will offer a meditation pavilion, Zen pathways, serenity gardens and private treatment villas; food options will include the Ocean Grill, specialising in locally sourced seafood; The Restaurant, a signature restaurant with an exhibition kitchen, chef’s dining counter and wood-fired pizza oven; the kids’ club will include an interactive playroom and adjacent activities park.

Also scheduled for a 2025 opening is the 177-unit One/GT, a boutique hotel that will feature a cafe, a signature restaurant and luxury rooftop venue Sky Club. Accommodation will range from one-bedroom units to four-bedroom apartments.

There’s something for every day of the year in the Cayman Islands; we’ve selected just some of the not-to-miss events taking place throughout 2023. 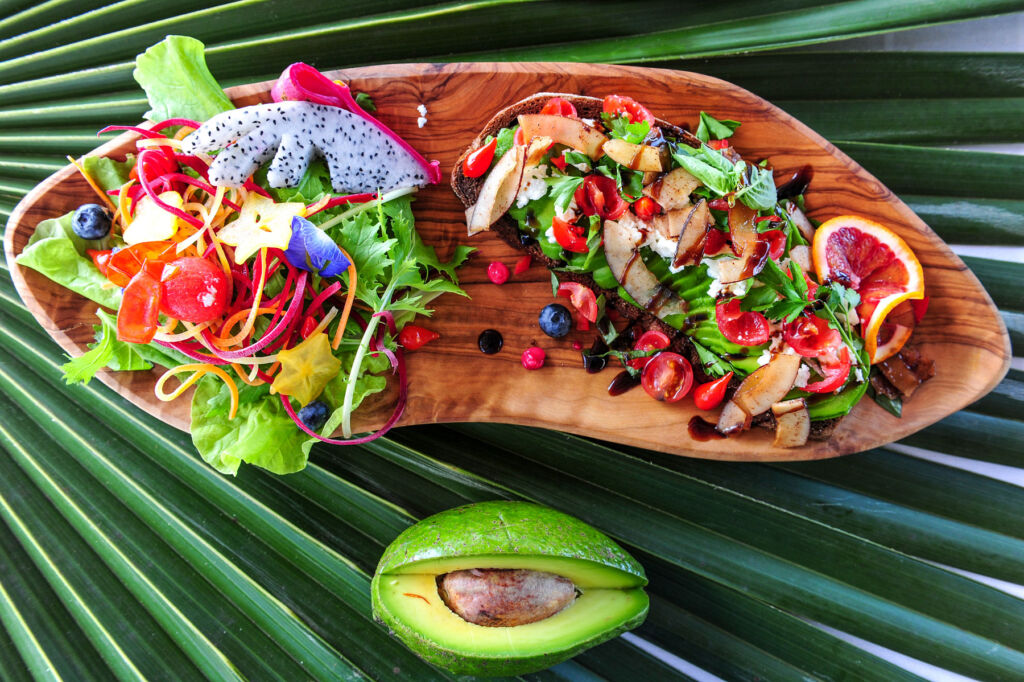 Cayman Cookout | 12-16 January
The Ritz-Carlton, Grand Cayman, will host the popular Cayman Cookout from 12-16 January 2023. The annual food festival is returning next year with an all-star lineup of chefs led by Éric Ripert, who runs the resort’s signature restaurant. The four-day event will bring together some of the biggest names in the culinary industry, including José Andrés, Daniel Boulud, Dominique Crenn, Emeril Lagasse and Tom Colicchio.

The Cayman Cookout offers a number of events that will appeal to all sorts of food and drink enthusiasts, such as the signature Barefoot BBQ and Beach Bash events, a “Ripert and Pétanque” outing, as well as a “Yoga and Krug” session. Meanwhile, cooking and mixology demonstrations will occur along the stunning Seven Mile Beach.

Off The Beaten Track (OTBT) | 26 February
The OTBT race is the only off-road 50KM ultra marathon based in Cayman. Designed to mimic the gruelling Marathon des Sables, the 26.2-mile course covers off-road trails and cuts across beaches, the bush and back roads of Grand Cayman. Participants can run as an individual or as part of a relay team.

CayMAS Carnival | July
CayMAS Carnival takes place over a whole wonderful weekend in July, and event-goers can expect an all-encompassing complete Carnival weekend. Including steel pan, Soca Monarch, Parade and a host of fetes and parties for both locals and visitors alike, it’s a not-to-be-missed event on the Caymans calendar. 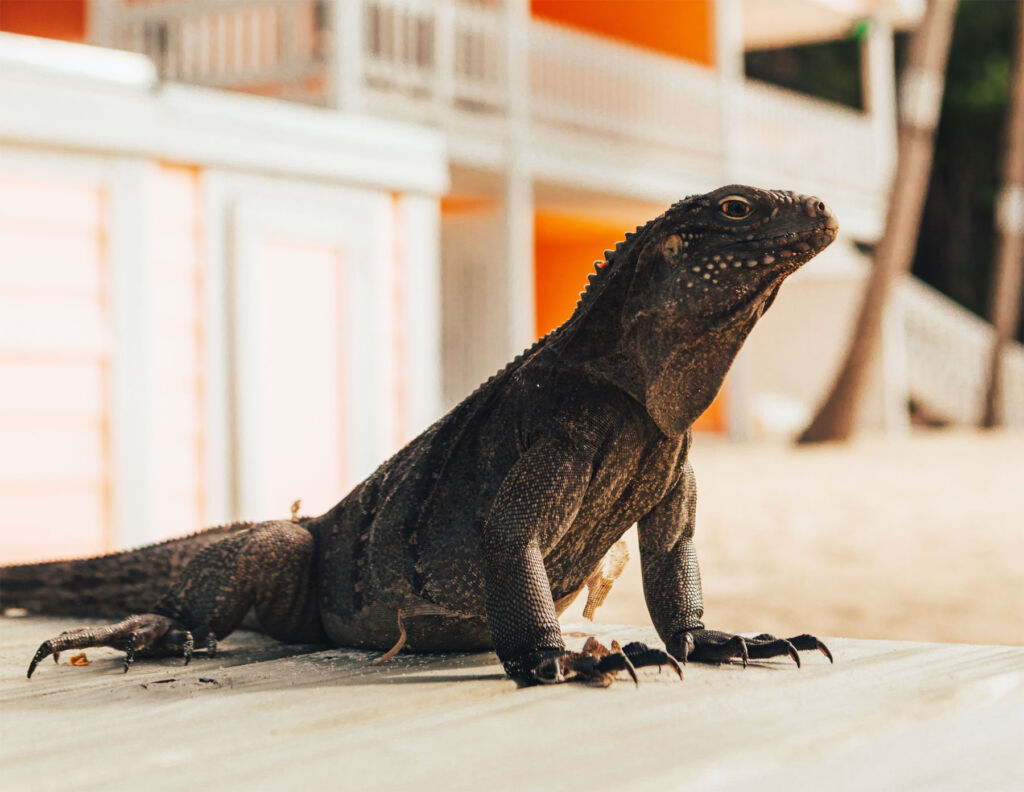 National Iguana Awareness Day | 8 September
The most famous of the Cayman Islands’ residents is the native blue iguana which is only found on Grand Cayman. Iguanas range in colour from a blueish grey to a vivid azure, and these magnificent creatures can live up to 50 years. In 2002, the blue iguana was declared ‘functionally extinct’ with only an estimated 25 of the species remaining, but thanks to an extensive breeding programme, in 2018, the 1000th iguana was released back into the wild and today, there are over 1300.

National Iguana Awareness Day marks a time to acknowledge and celebrate the fascinating community of iguanas inhabiting the islands. Visitors to Grand Cayman can volunteer at the National Trust Blue Iguana Conservation facility and seek them out for themselves on a self-guided or guided nature walk around the Queen Elizabeth II Botanic Park.

Cayman Pirates Fest | November
A swashbuckling good time for all three Islands, the annual festival, complete with mock-pirate ‘invasion’, music, street dancing, competitions, local food and drink, children’s day, sea swims and firework displays, has been running for over 40 years and attracts some 35,000 patrons. The event kicks off in September with district Heritage Days, but the main event is in November when even a Pirate Pooch Parade takes place, as well as a Turtle Release in celebration of the Cayman Islands’ work in conservation through the Cayman Turtle Centre.

Cayman Islands Marathon | 3 December
Full and half marathons, four-person relays and a kid’s fun run with the beautiful scenic backdrop of the Island and Caribbean Sea, this is a marathon for those who want to combine stunning views with their running shoes! 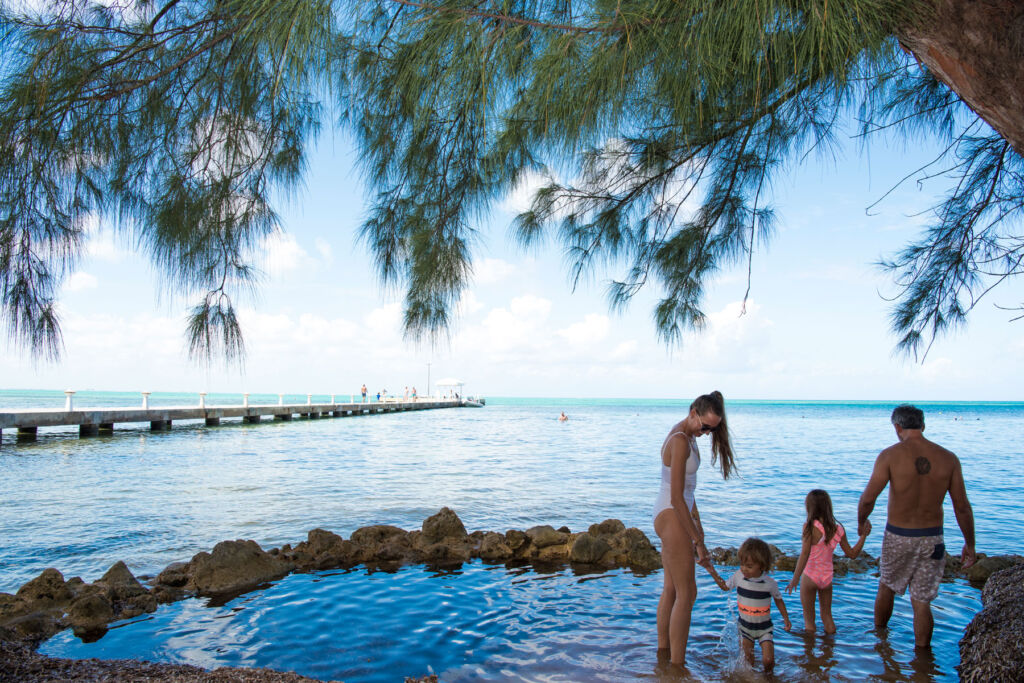 About the Cayman Islands
Located south of Miami and a short hop from Cuba, the British Overseas Territory of the Cayman Islands is a premium holiday destination where laidback discovery awaits. Ideal for adventurous travellers, nature lovers, diving aficionados and those looking to relax and unwind on world-class beaches, there’s as much thrill as there is chill.

Friendly and hassle-free, with no all-inclusive offerings, the trio of Grand Cayman, Little Cayman and Cayman Brac islands provide the perfect off-the-beaten-path experience. 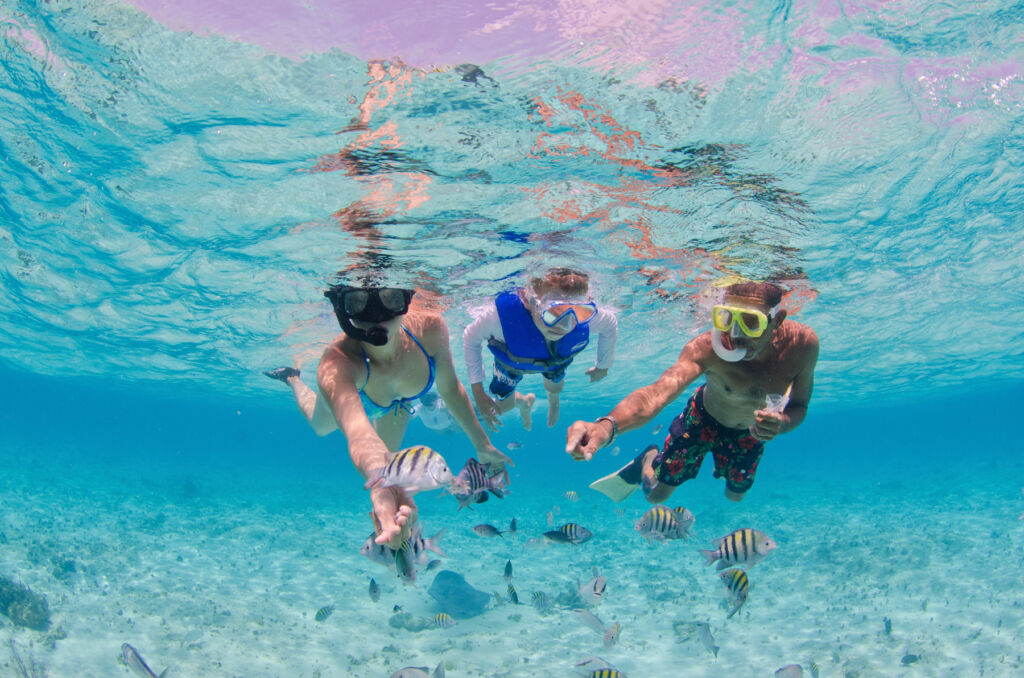 Voted the best diving and best culinary destination in the Caribbean, and with incredible wildlife and mouthwatering cuisine to boot, 2023 sees British Airways welcome a fifth weekly direct flight from London Heathrow launching in March.

To discover more about the Cayman Islands and the unforgettable experiences waiting to be discovered, visit visitcaymanislands.com.