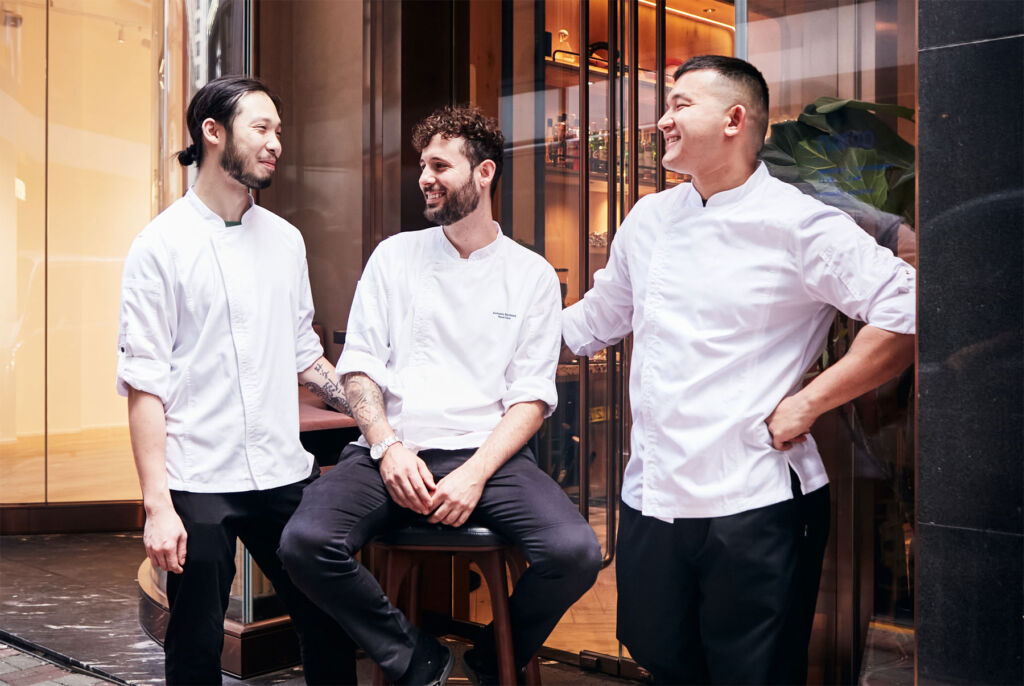 Leading Nation’s Margo has announced the appointment of new Resident Executive Chef Antonio ‘Tony’ Barbieri III, who will be bringing a contemporary take on American cuisine from now until March 2023.

Chef Antonio ‘Tony’ Barbieri III was previously the Executive Sous Chef of Eleven Madison Park in New York City, and his career has taken him through the kitchens of the world’s top Michelin-starred establishments.

Having trained under culinary luminaries such as Thomas Keller and Daniel Humm, Chef Tony applies his extensive knowledge of New American cuisine inspired by his career in The United States and, in particular, New York City, to lead the seasonal revamp of Margo’s lunch and dinner menus. The speakeasy cocktail bar KYLE & BAIN’s menu of bar snacks has also undergone a refresh, bringing an elevated yet playful take on classic bar food.

Modern American Lunch & Dinner Menus at MARGO
The new lunch experience at Leading Nation’s Margo consists of either a 3-course menu priced from HK$600+10% or a 4-course menu from HK$725+10%, while dinner is a decadent 6-course affair starting at HK$1,280+10% per person. In staying true to Margo’s New American cuisine, the wine list has been updated to incorporate a number of wines originating from the United States west coast, including states such as Oregon – the second most important wine-producing state after California.

New menu highlights by Chef Tony include the Crab & Daikon Salad with apple and macadamia nut, a dish best paired with the Californian Albariño, balancing the bright pops of citrus and undercurrent of sweet salinity from the snow crab; and Corn Agnolotti with ricotta, balsamic, and the supplemental option of black truffle shavings (+HK$280).

The carefully curated collection of Chardonnays sourced from the Chef’s home states of Oregon and California provide the perfect complement to the sweetness of corn and earthiness of truffle.

The main course is a choice between the Iberico Secreto with charred lettuce, puffed grains and spiced pork jus and the supplement option of Wagyu Striploin that uses premium A5 Miyazaki wagyu (+HK$400). Side dishes include Morels with béarnaise and shallots and Burnt Leeks with cheddar, hazelnut, and vin jaune. Conclude the meal with a seasonal dessert of Chocolate Dulce Tart with topped with an olive oil sabayon. 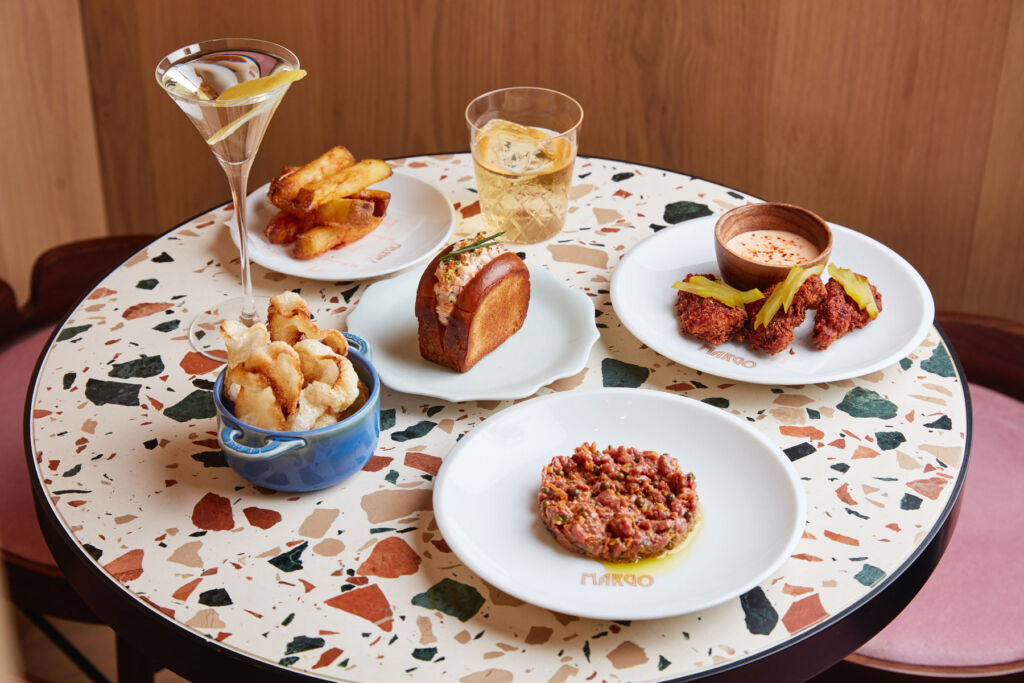 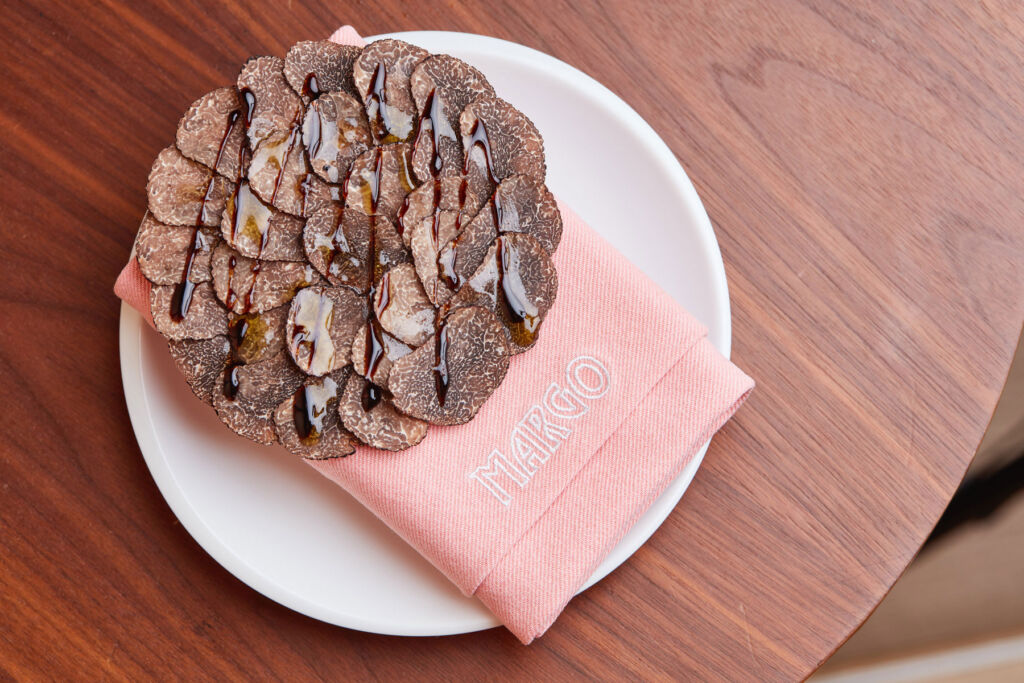 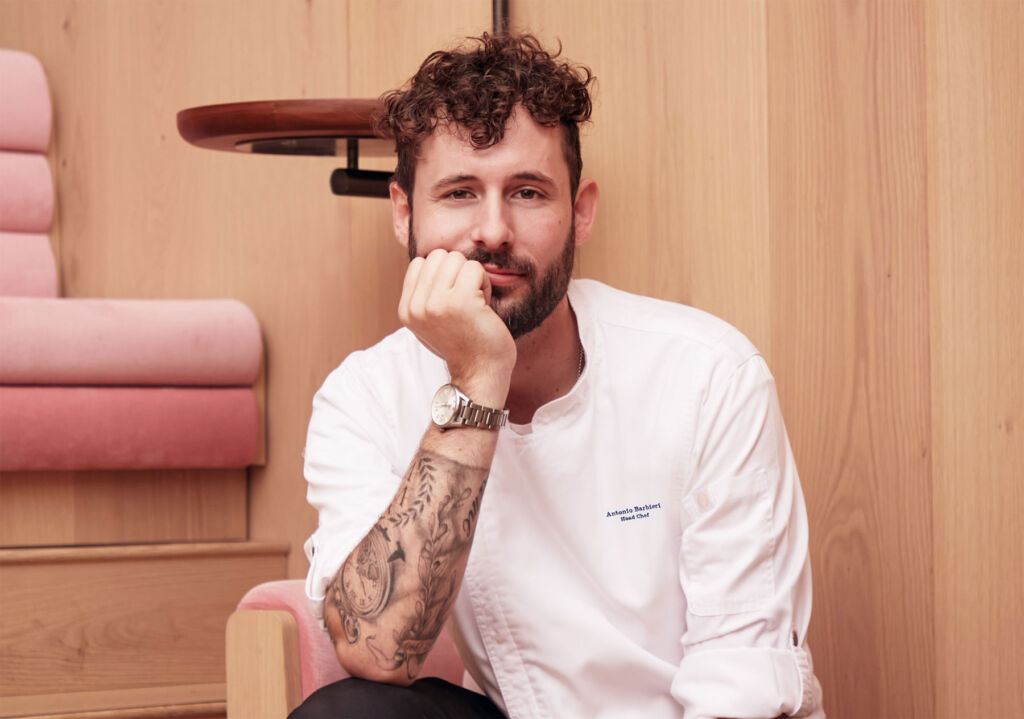 About Resident Executive Chef Antonio Barbieri III
As is true for many Italian Americans, food was always a large part of Tony’s life, with his earliest memories drawn around both his father’s and his Nonna’s cooking, from whom he attributes the beginnings of his culinary inspiration.

Tony began his academic pursuits with a full scholarship to attend the University of Colorado to study civil engineering. Two years in and feeling unfulfilled, he capitalized on an opportunity to work at a French brasserie in his birthplace of San Francisco, marking his transition into the culinary world. And so, Tony began his professional training as Chef de Partie for Bacchus Management Group’s Cafe Des Amis.

Seeking to expand his culinary knowledge, Tony attended the Culinary Institute of America in Napa Valley, one of the top culinary programs in the United States. He then apprenticed under Suzette Gresham at the two Michelin-starred restaurants, Acquerello, followed by extensive training Ad-Hoc under the tutelage of Thomas Keller. Tony then moved to Italy to stage under Stefano Masanti at the Michelin-starred Ristorante Il Cantinone.

For the past four and a half years, Tony honed his skills under the guidance of Daniel Humm at Eleven Madison Park (EMP). While at EMP, Tony held multiple management roles, including Sous Chef, Private Dining Sous, Purchasing Sous (leading the ordering for the entirety of the restaurant), and was most recently promoted to Executive Sous Chef before the untimely close of EMP due to the COVID pandemic.

EMP, having achieved the highest possible three Michelin stars accolade for fine dining establishments, has consistently been included in the top five of San Pellegrino World’s 50 Best List and, in 2017, was named Best Restaurant in the World. During his leadership roles at EMP, Tony refined his management and training skills, which provided the opportunity to join Leading Nation’s Margo as its first resident Executive Chef.

For reservations at Margo, please contact the restaurant directly by phone or book via SevenRooms at HERE. Margo is open from Monday – Saturday for lunch & dinner only. 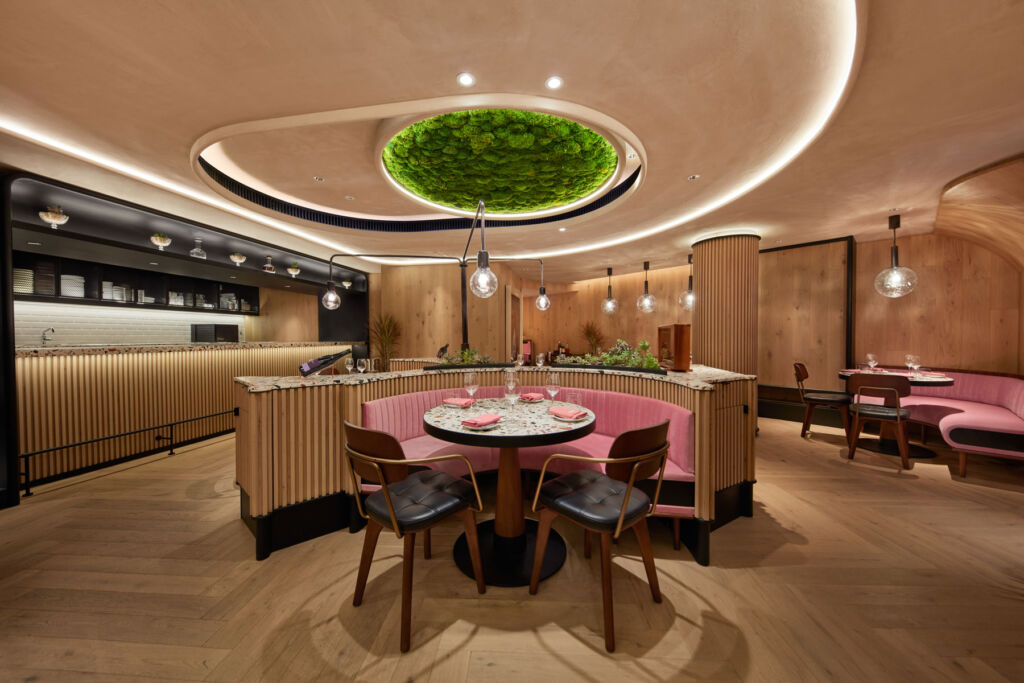