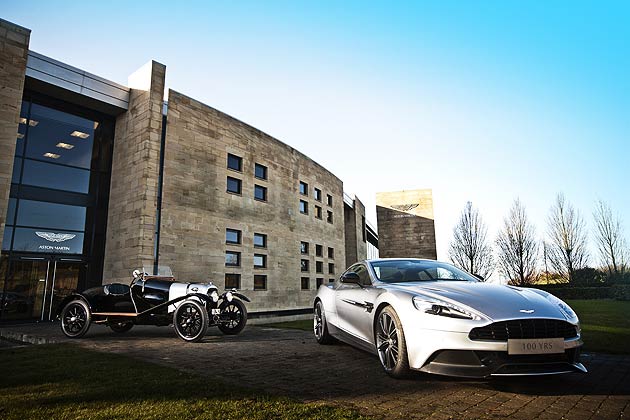 This is part two of the Luxurious Magazine visit to the Aston Martin factory at Gaydon, witnessing the build quality and attention to detail that goes into these world famous supercars.

Walking from the commercial office through a set of glass doors, and you arrive in a pristine 40,000 square metre hub of activity that is almost museum like. Every part of the manufacturing process is divided into distinct sections, and there are no large robots, sparks flying, nor the grease and grime readily associated with a typical industrial facility. Instead, the working environment is spotless, and the large majority of personnel wear clean white polo shirts embroidered with their name, and many are deep in concentration applying a meticulous level of craftsmanship with no room for error.

There are two main manufacturing lines at Gaydon with one responsible for the construction of the Vanquish and DB9, whilst the other is dedicated to variants of the Vantage as well as the Rapide S. There is never any bulk order of models, and each car going down the 40-stage process (each takes around 20 to 30 minutes) has been scheduled two to three months in advance and is built according to the exact specification chosen by the customer. Taking place over a five week period, every car which sits on a lightweight bonded aluminium chassis weighing between 185 (for the V8 Vantage Roadster) to 230 kg (for the DB9), takes around 200 hours to assemble by hand from start to finish courtesy of over 300 personnel with around one to two engineers stationed at each phase of production. To encourage interaction, the sharing of information, as well as problem solving amongst team members, the use of background entertainment, whether music or radio, is prohibited. This is a policy which clearly does not deter staff from working in such an environment as the turnover is extremely low, which therefore has the added benefit of the long-term retention of valuable knowledge within the business.

Around 50 to 60% of components used on the line are sourced from suppliers in the UK including carbon fibre from the Isle of Wight, whilst a large proportion also comes from far afield as Japan and Canada. The carbon ceramic brakes and manual gearboxes originate from Brembo and Graziano Trasmissioni respectively in Italy, and since 2005, the companys powerplants have been built at Aston Martins dedicated facility in Cologne (Germany), moving away from the Cosworth manufactured V12s and V8s which at one time were sourced from Newport Pagnell.

The core assembly area, which saw the construction of 3,800 vehicles during 2012, is surrounded by specific zones where set components are prepared before being married to the vehicle as it makes its way down the line. One of the most labour intensive is the trim shop where the key parts of the interior are dressed by hand in British premium grade natural grain hides tanned by Bridge of Weir in Scotland. To ensure absolute perfection, every crease in the former is smoothed out by hand using a bone, a scalpel like tool which has been employed throughout the automaker’s 100 year existence and remains the only way to deliver the high quality seen across the model range, even right down to areas which are not immediately visible to occupants such is the attention to detail.