From succulent beef to all-you-can-eat noodles, Tohoku in Japan is home several humble delicious meals all of which should not be missed!

Tohoku is a town located in the Aomori Prefecture of Japan. It’s known for its countryside, hot springs and mountains. But, it is also known for something else, its food! Tohoku is a bit of a hidden ‘foodies paradise’ and should be on your radar if you’re looking for something a little out of the ordinary to treat your palate. 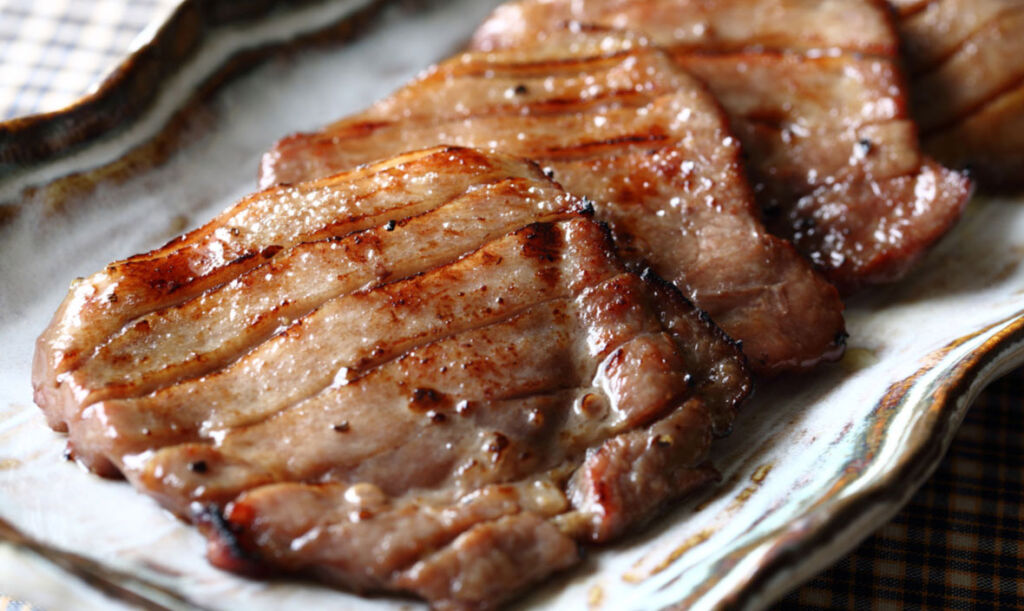 From Kobe beef to Miyagi Gyutan beef
Gyutan, cow tongue, is considered a delicacy in Japan, it is grilled over charcoal with spices until tender and juicy. Discovered by a French chef, it became popular just after World War II. It also became popular among business people visiting Sendai, who would spread the word about its deliciousness back in their hometowns. Gyutan beef is typically eaten with sides of barley rice and oxtail soup and is found throughout Japan, especially in Sendai. 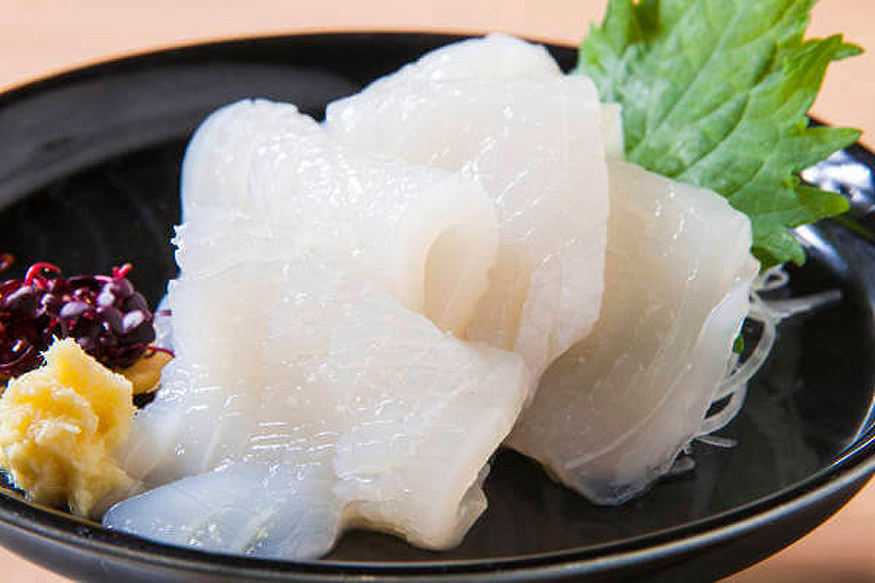 Neon flying squid, a Hachinohe specialist
Hachinohe is well-known for its fresh seafood with the city port catching the most amount of squid in Japan. The port of Hachinohe brings in all kinds of squid throughout the year including catches of the Japanese flying squid, surume-ika, from the nearby sea starting in July, and spear squid, yari-ika, during the winter months. Afternoon Caught Squid Sashimi is a unique summer dish that usually consists of a whole squid that is freshly caught the same afternoon that it is cut, in sashimi-style, and served. 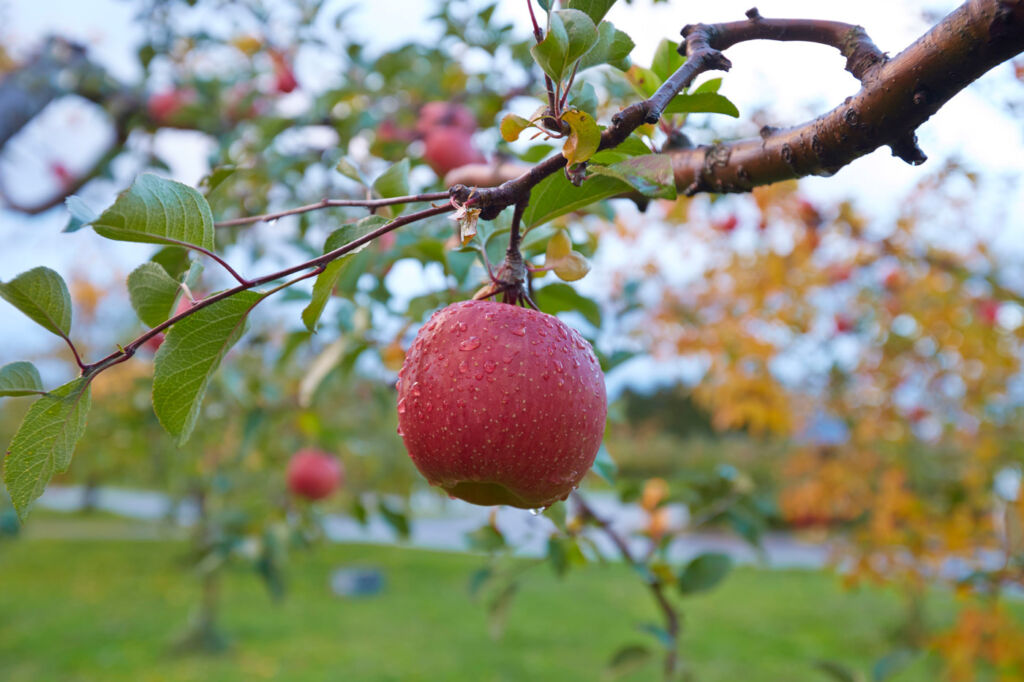 Citrus fruit production in Aomori
The first thing most Japanese people think of when they hear ‘Aomori’ is apples and not Dean Martin’s hit song from the 60s! The prefecture is Japan’s leading producer of apples, which were first cultivated in Japan in the Meiji Period. The apple harvesting season takes place from early August to mid-November. Apple-picking is also a popular activity for visitors. You can give it a try at Hirosaki Apple Park, or simply drop in at Hirosaki Cidre Factory for a taste. 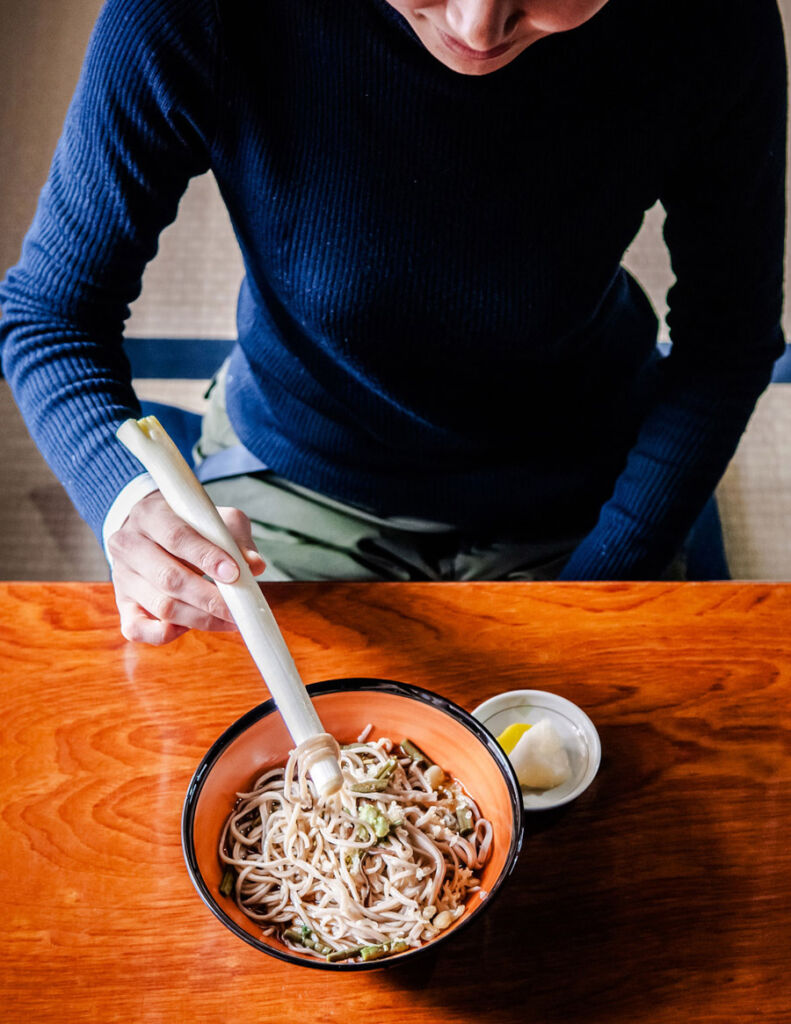 Replace chopsticks with scallion stalk in Fukushima
Put yourself to the test and have your hand at eating buckwheat noodles with raw, J-shaped scallion stalks instead of chopsticks, a uniquely Japanese experience. This method of eating originates in the Aizu region, the westernmost region of the Fukushima Prefecture; it is renowned for its delicious buckwheat noodles and Ouchi-juku. The takato soba is served hot in a broth.

For some extra flavour, you can opt for either soy sauce or wine and a dash of grated daikon radish. The best time of the year to try Soba is during October and November when it is at its freshest. 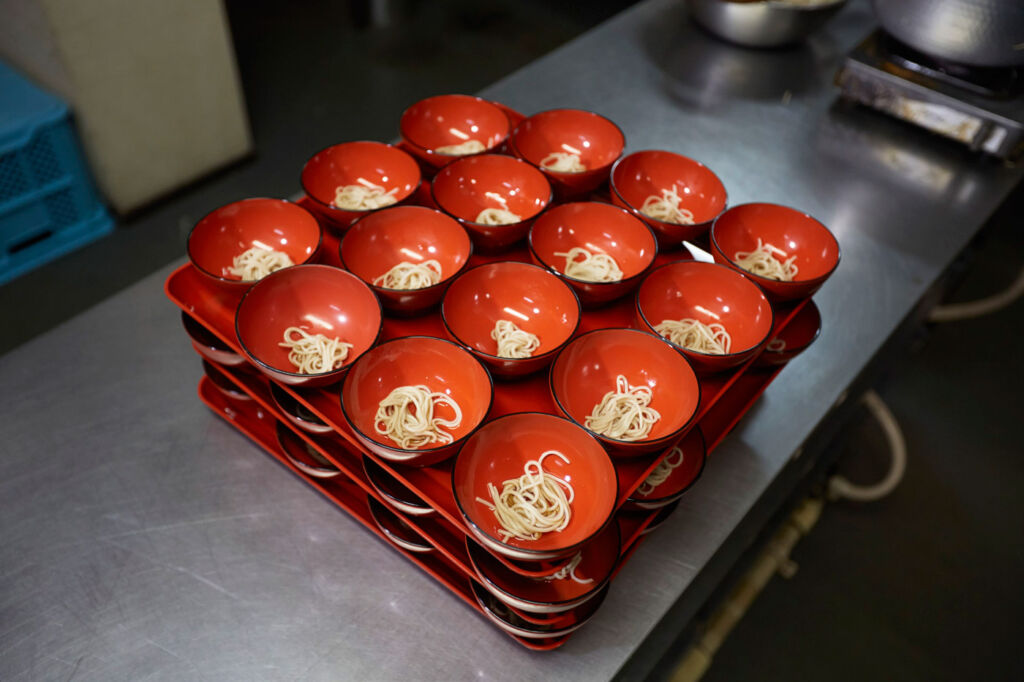 Up for a challenge? Try the Wanko Soba Noodle challenge in water
Wanko-Soba Noodles are an all-you-can-eat soba dish, the soba noodle is made of buckwheat, while Wanko refers to a small wooden bowl from which the guest is served containing a single, mouthful-sized portion of noodles at a time.

The bowl is continually refilled as an expression of ‘Otebachi’ or gratitude and serving continues until a lid is put on the Wanko, with empty bowls stacking up on the table. You might have seen this some well-known movies and thought ‘surely not’, but, it really is a tradition! The number of empty bowls you leave tells the chef how well you enjoyed the meal and sends respect to the chef.

Read more news and articles on the culinary world in our dedicated section here.

Read more about each of these places at the official Tohoku website: www.tohokukanko.jp