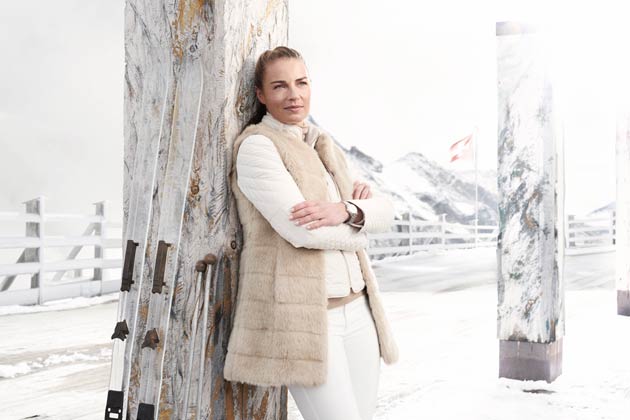 Alpina Watches have announced that double Olympic Ski Champion Tina Maze will be their new global ambassadress for the brand and for its new Comtesse lady collection. 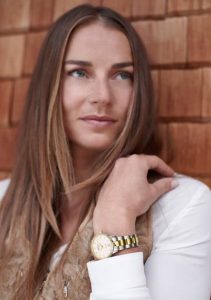 With 2 Olympic gold medals at the last Winter Olympic Games in Sochi, 2 World Championships gold medals, 8 podiums at World Championships and a total of 23 victories, 68 podiums and the absolute record of 2414 points in one season in the Alpine Skiing World Cup, Tina Maze is making skiing history and is currently one of the best female alpine skiers.

Tina Maze and Alpina are united by their love for Alpine sports and the Alpine universe and identify with the same “Alpinist” values which both believe are the foundations for any sports, professional and personal success. These values are:

1. Think independently
Tina: In 2008 Tina, breaking “established rules”, creates an independent team with companion coach Andrea Massi, called “Team to aMAZE”. This decision turned out to be the right one and has brought her the greatest success so far, including two Olympic gold medals.
Alpina: Alpina is a proudly independent watch brand, producing its own movements since 1883 and going its own way in marketing and design solutions.

2. Be perseverant
Tina: With an incredible resolve and focus Tina has become one of the best and most complete female skier ever, in her own words “There was nothing that was given to me. Everything was earned with hard work and sweat. And this will stay mine FOREVER.
Alpina: Outstanding watch and movement innovations, amongst which the invention of the modern sports watch in 1938, have been achieved by Alpina in its more than 130 years history by applying the greatest perseverance and focus on innovation and in business. 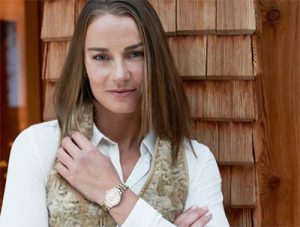 3. Trust your instincts
Tina: When setting up its own team Tina took a difficult decision but her instincts have proven to be right and are underlined by her achievements.
Alpina: by remaining independent along its entire history Alpina took the most difficult way to success but this instinct has proven correct because it is now the fastest growing independent Swiss sports watch brand.

4. Don’t forget you roots
Tina: Very attached to her roots and country to which she dedicates her victories, she also promotes Slovenian tourism and always come back to her hometown where she loves meeting with youngsters and young athletes.
Alpina: Embodies the Swiss watchmaking culture since more than a century and respects the Swiss way of working based on high intrinsic quality through handcraft, ultimate precision in processes, and the time and attention to detail required to produce watches, which are simply well made.

Tina Maze and Alpina have concluded a comprehensive partnership, which previews advertising, PR and social media activities, linked to the Alpina Comtesse Collection, which embodies the Swiss Alpine style and luxury sports.

Tina Maze about the partnership “ I am very glad and proud to be the ambassadress of a brand which has its roots in the Alpine world and which believes in the values I apply every day in my training and competitions. On top I love the Comtesse, which makes me feel that way since I have worn it the first time!”

Guido Benedini, Alpina CEO, says, “ Tina Maze is an extraordinary athlete with an amazing character that reflects our company’s attitude. She is an example for any woman who wants to achieve something in life and sports, and we are extremely proud to have her with us “