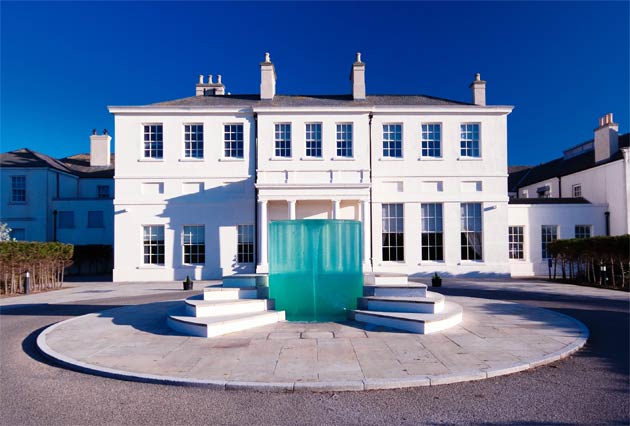 This small hotel dating back to 1791 has a fascinating history which is hard to imagine because the minute you lay eyes on it, it oozes luxury modern comfort. Set in 37 acres of ground with a clifftop location overlooking the coast, Seaham Hall is where Lord Byron exchanged wedding vows with Annabella Milbanke in 1815.

Fast forward to the 21st century and it still plays host to weddings; now in the fantastically hi-tech modern gadget-fuelled building.

We stayed in one of the 20 suites in the hotel which range from the junior rooms to the penthouse suite which offers coastal views. Our suite, like the others, was equipped with the most up to date modern technology one can imagine.

There was surround sound ceiling speakers, outside-temperature indicators, mood lighting through various controls, and CD and TV operating buttons to contend with. A quick demonstration on how to operate everything helped transform me into a gadget-operating genius within seconds.

Leaving the buttons behind, I changed into the traditional comforts of the bathrobe and slippers and headed off to the Serenity Spa where I had been booked in for a wellbeing massage. The spa is built into the hillside, and it’s hard to comprehend you are just 20 minutes away from the bustling city of Newcastle.

The spa which is accessed through a walkway from the hotel and then into a basement area, gives you the feeling you’ve stepped into Thailand. There are so many massages on offer that you would have to stay for a good ten days to try them all. Just as well the spa is open to day guests which locals can take advantage of. 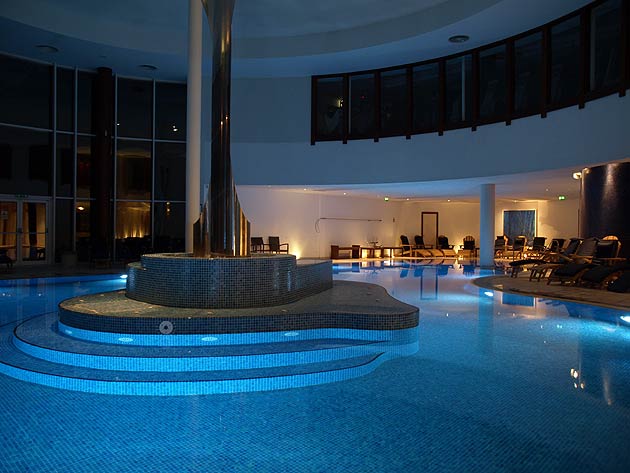 The wellbeing massage is a gentle massage as opposed to one of those that is harder and you are left feeling as if you’ve been pummelled. It starts off with a back massage with oils, paying attention to every inch of the body. Then each limb is massaged thoroughly and you can feel the tension and stresses leaving your body. So much so, that it put me to sleep and I was only awoken with the sound of the bell at the end of the massage. 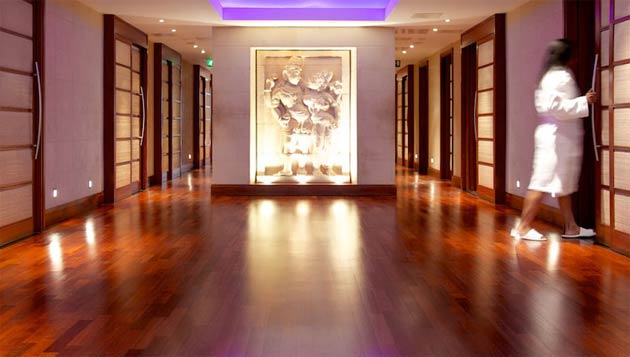 There was just enough time to ease into one of the outdoor hot tubs before dinner. A 20-metre pool, hydrotherapy pool, sauna, steam room, ice fountains, as well as an advanced gym,  are all available at the hotel. 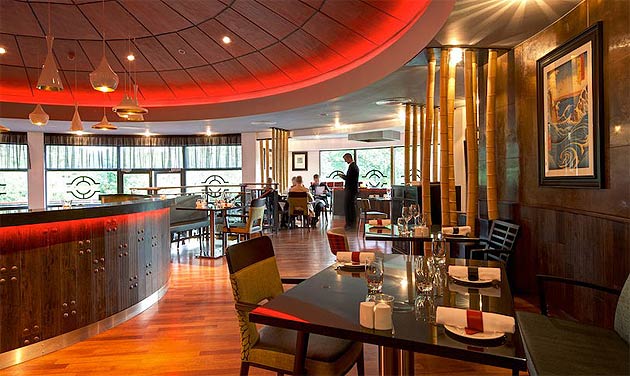 Award-winning Culinary Director, Martin Blunos, is the man behind the food at The Blunos Sea Grill. His mouth-watering written menu was just as delicious served on the plate. The focus is on the freshest fish and seafood and wherever possible caught locally. And as the Grill indicates, there’s a selection for the carnivores too. The chef likes to throw a few extra surprises in there too. It really was a surprise when a dish resembling egg and soldiers arrived at the table. But the baffling dish turned out to be one of the creamiest desserts I’ve tasted, where the eggshell was made of shortbread and was complemented by a cinnamon and brown bread crust.

The Byron Bar is a must to go and relax in either before or after dinner. Lord Byron has lent his name to the bar and his portrait hangs on the wall. The costume he is wearing in it, I am told, has been the inspiration behind the rich gold and purple theme. The 14 carat gold-plated chandeliers, oak wooden floors, and the Georgian windows complete the opulent ambience. Rare wines are available from the cellar, which is open for private tastings, so you can sample them during the day and then pick your favourite to sip while you dine. 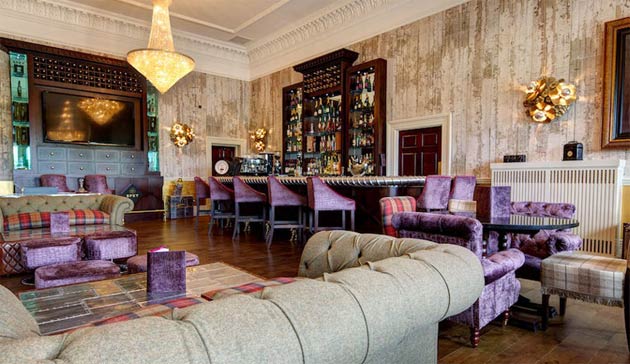 Breakfast at the brasserie-style restaurant named ‘Ozone’ is a great way to get refuelled in the morning before heading out to explore Durham. We started off with a river cruise aboard the Prince Bishop River Cruiser which has some lovely views of Durham bridges as well as the Cathedral. Unlike most high streets that just seem to be clone towns, Durham sets itself apart with a mixture of historically winding cobbled streets, riverside walks sitting alongside vibrant contemporary cafes, artisan workshops, boutiques, galleries and museums. 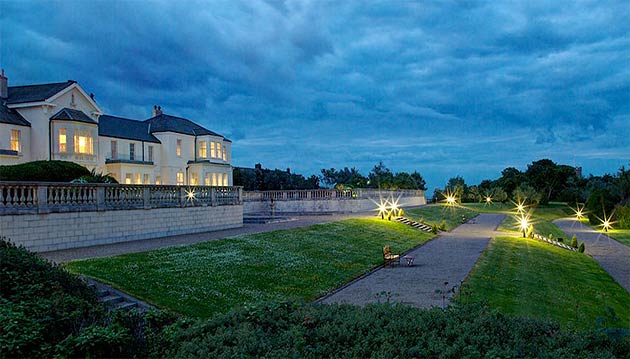 For those who want to really immerse themselves in history, then a visit to the Beamish museum cannot be left out. The open-air museum replicates a northern town of the 20th century during the Georgian, Victorian and Edwardian periods. Everything, from the shops, houses and people who work there you see, take you right back into history. And if you want to delve even further back in time, then a visit to Lindisfarne Gospels Durham Exhibition will help satisfy those desires. Created by the community of St Cuthbert on Lindisfarne, the exhibition presents the full story of how and why the medieval masterpiece was created and its influence on Medieval Europe.

In my opinion, Durham truly is a perfect little city that seems to have it all. But one weekend at Seaham Hall Hotel is not quite enough, let alone if you wish to explore the entire surrounding area.