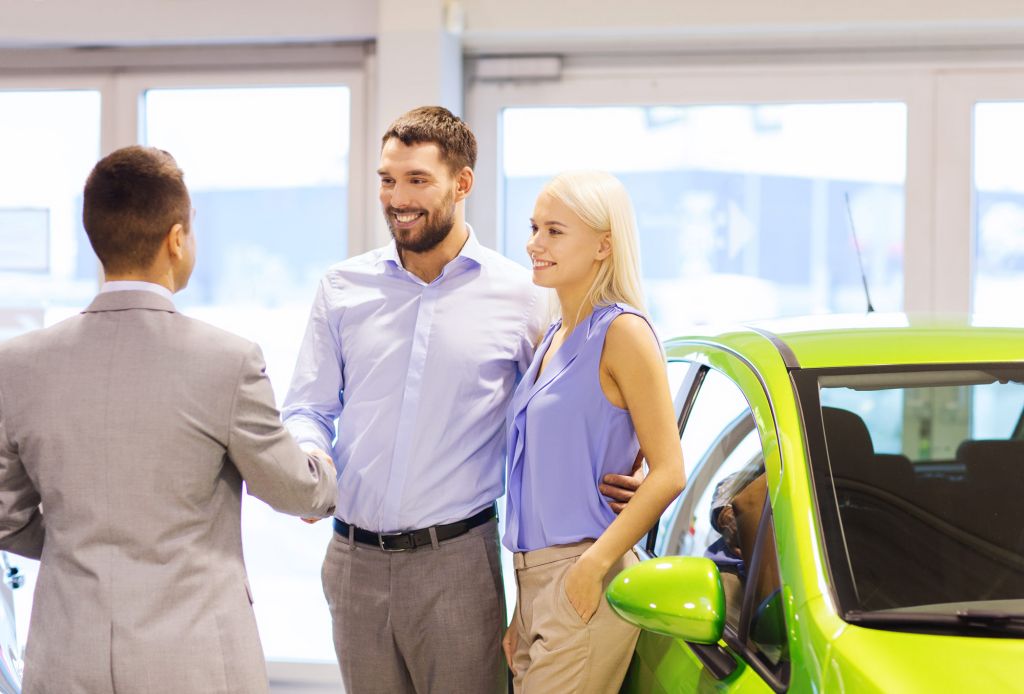 Analysis by the AA’s used car website has revealed that the best place to buy a second-hand car in Britain is Edinburgh, where you’ll find more cars at affordable prices combined with lower ages and mileage.

So there you have it, Edinburgh is top of the charts and the best place to buy a second-hand car in Britain and you didn’t need to read through this whole lengthy feature to discover this!

But, it is highly likely that many of you don’t live within easy reach of Edinburgh and you’ll need to find a location which is closer to you.

Fortunately, the data provided by AA Car provides an insight into the top twenty locations to look for second-hand car hunters in the UK and the list contains places in the North, South and Midlands.

Edinburgh aside, the North-West of England appears to be a good place to search for a second-hand car with Liverpool and Preston both making it into the top five in the overall table.

Paisley near Glasgow should also be on your radar
Bargain hunters should also be searching in and around Paisley, near Glasgow. Paisley has the lowest average second-hand car age, at just four years and finished third in the overall ranking for the best value places to buy a used car. The average price of vehicles for sale in Paisley is more expensive than in Edinburgh at £11,589, but the average mileage is also low at 24,495.

Luton, in Bedfordshire, is home to the least expensive second-hand vehicles at £7,741, but the price is brought down by the average mileage, which at 65,402 is the highest among the 40 towns and cities analysed by AA Cars.

The following table details the top 20 best places to buy second-hand cars, calculated by looking at prices, age and mileage and assigning a ranking number[1]. 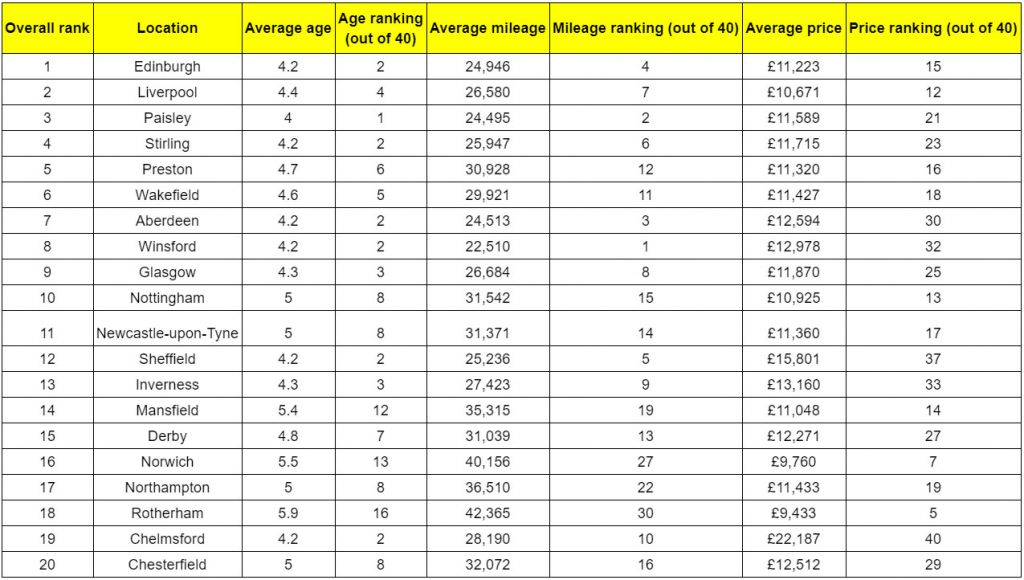 The research also showed how diesel cars’ share of the used market had fallen steadily during the past 12 months. Diesel has become less popular in recent years, due to additional taxation, the implementation of Clean Air Zones and proposed bans on these vehicles in some parts of the UK.

Edinburgh has seen the most significant decline in the percentage of diesel cars available on the market. Diesel vehicles accounted for almost 45% of the used market at the end of 2018, but a year later they represented 37%.

In Derby, diesel cars accounted for almost 50% of the used car market, but there has been a 16.9% decline in 12 months.

The T-Charge was introduced in 2016, setting out minimum emission targets and extra charges for driving high-polluting diesel and petrol vehicles registered before 2006 in the congestion zone. The ULEZ, which replaced the T-charge in April 2019, also sets emission targets, and generally only diesel cars registered with the DVLA after September 2015 meet the minimum standards.

The following table details the top 10 places with the biggest declines in diesel cars[2].

James Fairclough, CEO of AA Cars comments: “Our snapshot of the used car industry shows there is some regional variation when it comes to finding a used vehicle, and there are some areas of Britain where drivers can get added value out of their purchase.

“Online portals such as AA Cars have made it far simpler for drivers to assess what vehicles are on offer in their local area and beyond, helping them secure the best deal possible. Travelling a few extra miles to buy a car can be particularly beneficial for making savings, or finding less widely-available models.

“We always recommend a pre-sale vehicle inspection, such as one by AA Cars, takes place before any money changes hands, to ensure drivers can have peace of mind that there are no hidden faults.

“The decline in diesel stock around the country mirrors a pattern across the industry. Increased sales of electric and alternatively-fuelled vehicles show growing concern for the environment and the negative perception of diesel. The introduction of the ULEZ in London, and other air quality schemes across other major cities, is also contributing to drivers abandoning diesel in favour of greener fuel types.”

The methodology behind the second-hand and diesel car data

[1] AA Cars took the average price, mileage and age from cars in 40 towns and cities across the UK. Each aspect was ranked according to the lowest price, age and mileage to create a total ranking score, the lowest of which topped the list.

[2] AA Cars calculated the percentage of diesel cars available in 20 towns and cities in the UK in both the end of 2018 and end of 2019 to find the change over 12 months.

Read more articles on cars and the automotive industry in our dedicated section here.