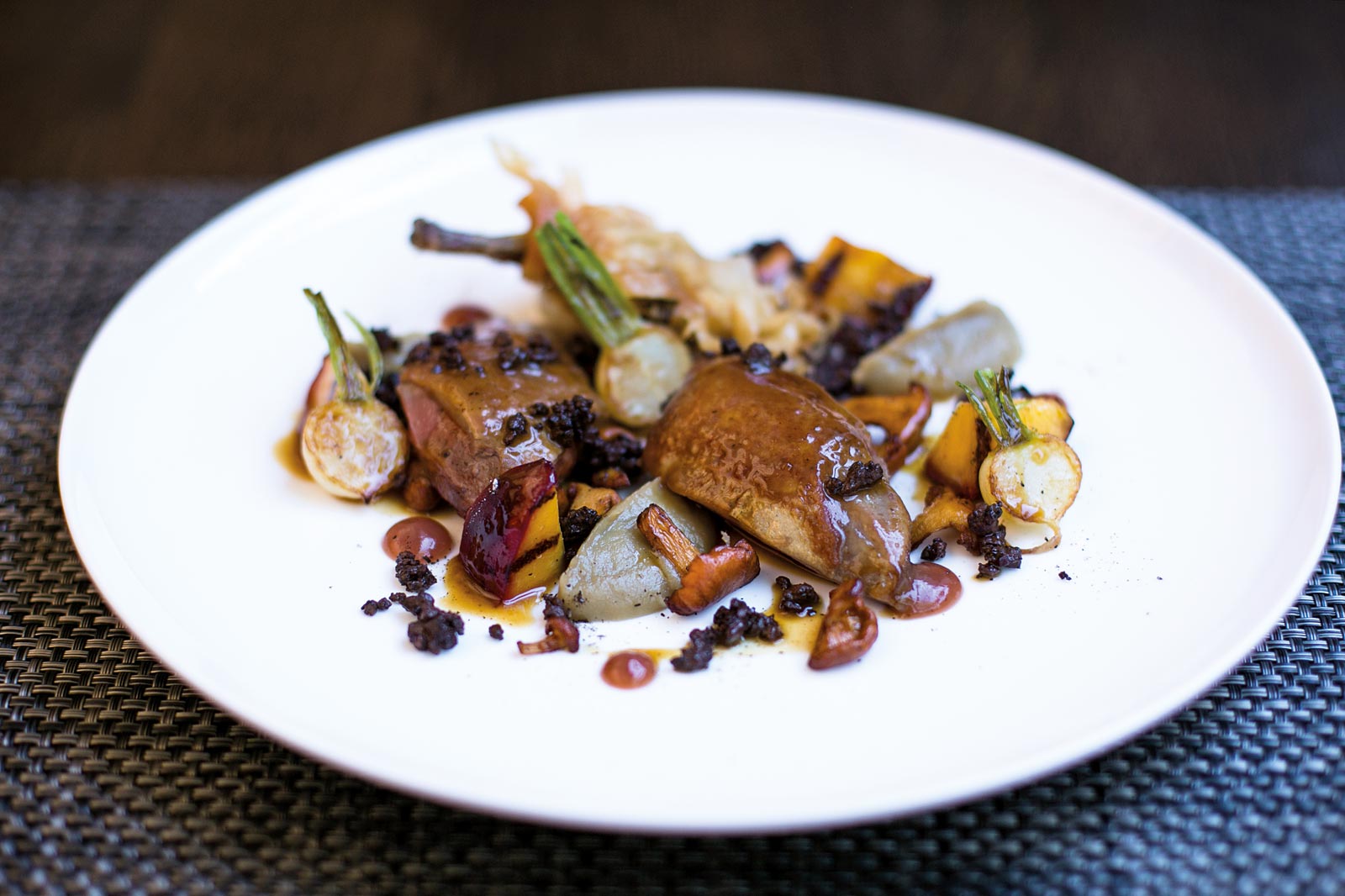 I would venture back to Mere for those dishes alone and the likelihood is that it would be just as spectacular. Unbeknownst to me, Monica Galetti was in the kitchen the day I attended the restaurant. When she emerged to say hello she was far more charming than her steely television persona would suggest. 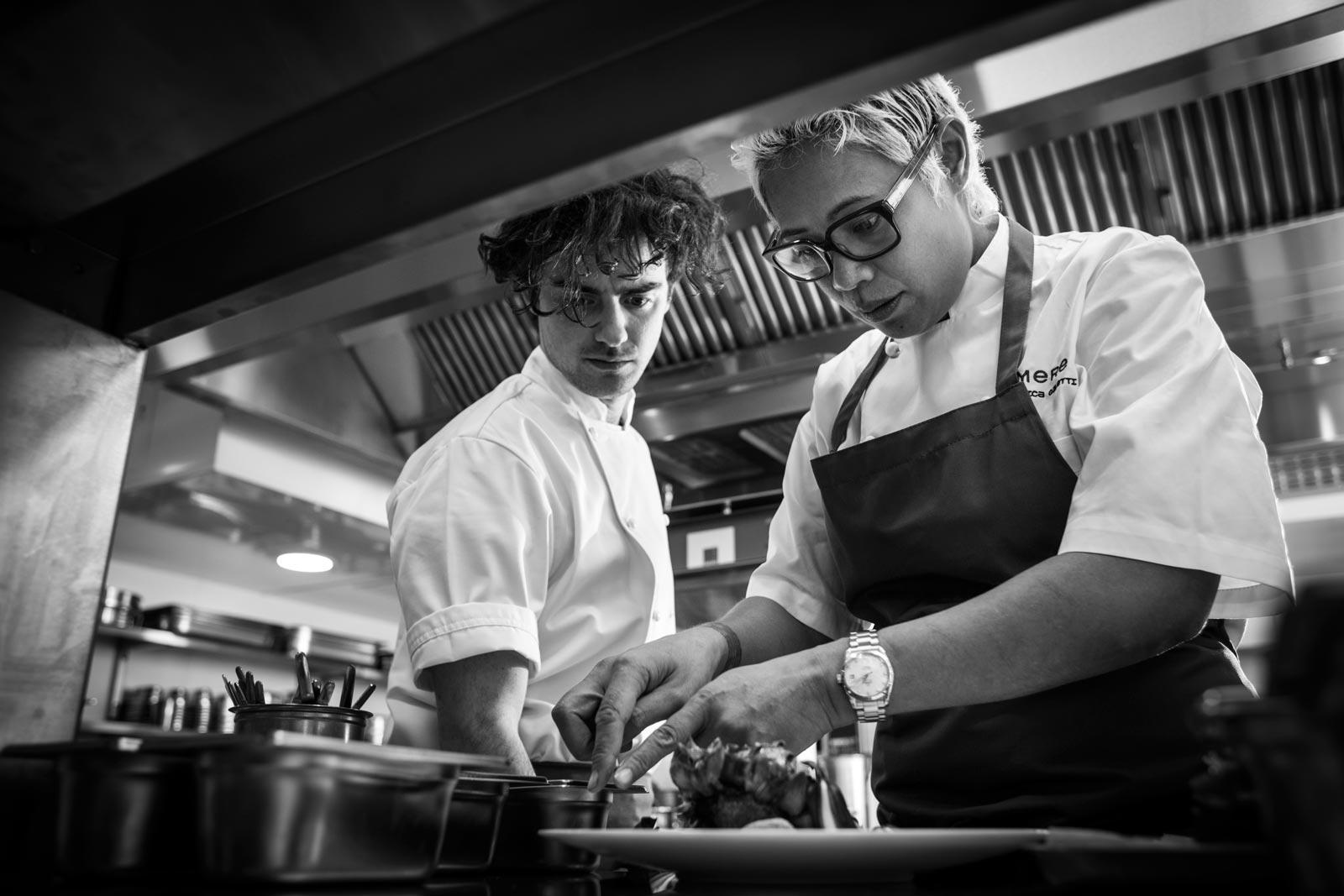 Galetti spends six days a week in Mere, covering lunch and dinner. She’s pledged to do so for at least the first twelve months of the operation, so you too can gain the exceptional treatment I was privy to.

The quality of the starter was replicated throughout each course. For the main I opted for the grilled rump and glazed shoulder of lamb, which were served with an accompaniment of harissa, feta and mint. My mouth’s watering just reminiscing about the dish. It sounds relatively simplistic, yet everything about it was sublime from the presentation to the wine pairing and the flavour combination but, rather strangely, what really stood out was the brilliant intensity of the harissa. 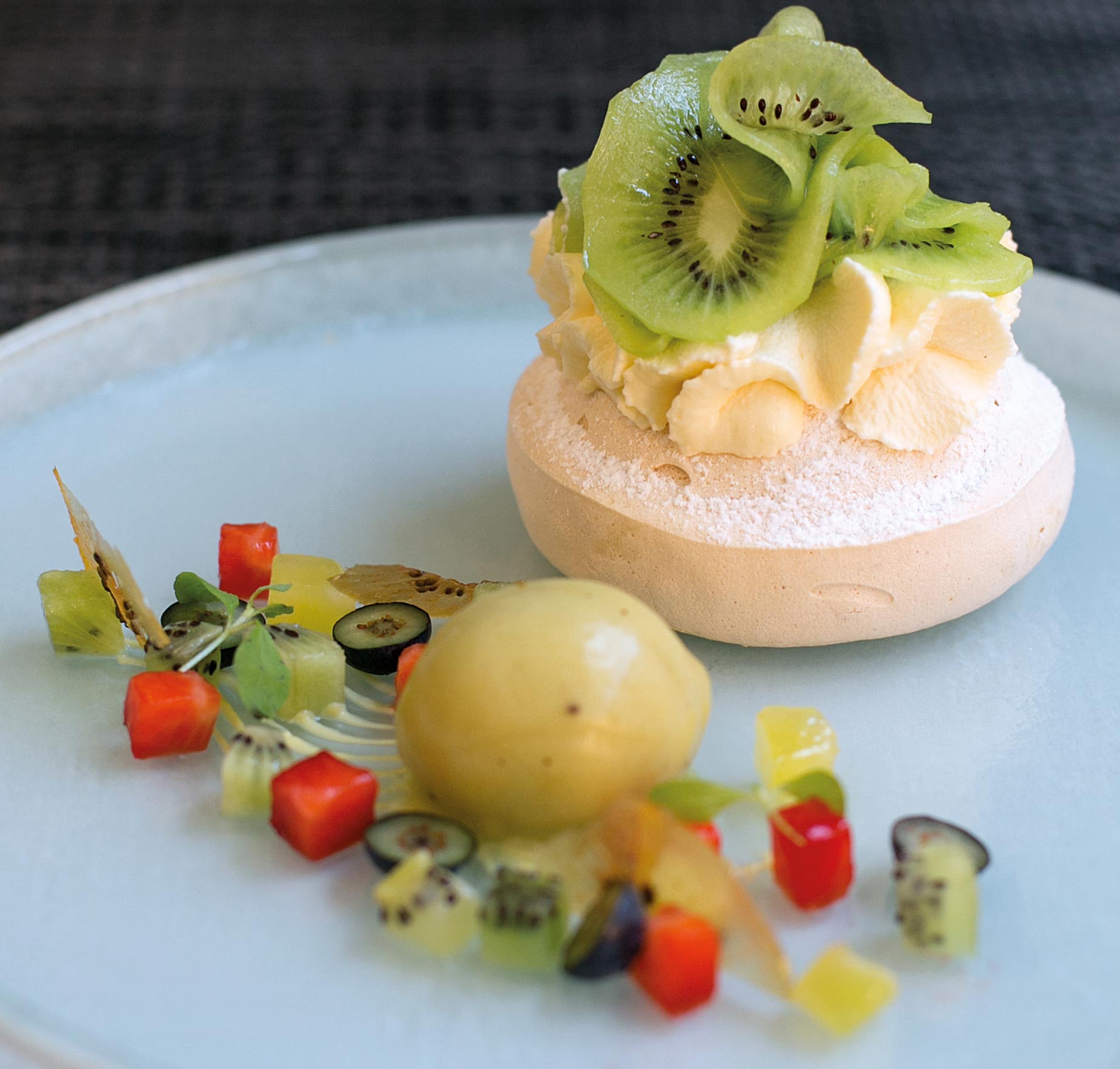 It’s the meticulous attention to detail that is evident throughout Mere’s operation that makes Galetti’s first restaurant so much more than simply the next trendy place to go. This isn’t somewhere to try because it has a celebrity chef or is a newer restaurant in a chic part of London. Instead, it’s a restaurant that will become a destination on for diners across the capital and beyond.

To finish my Mere experience we devoured two desserts including a delicious banana and coconut cream pie. It was essentially an elegant elevation of a banoffee pie with roasted banana and rum-infused caramel tantalising the palate. Chocolate lovers will be pleased to hear that Mere also delivers something to make you swoon in the form of the salted toffee and hokey pokey dessert, which sees chocolate mousse complemented by hokey pokey ice cream and a delicious breton sable. 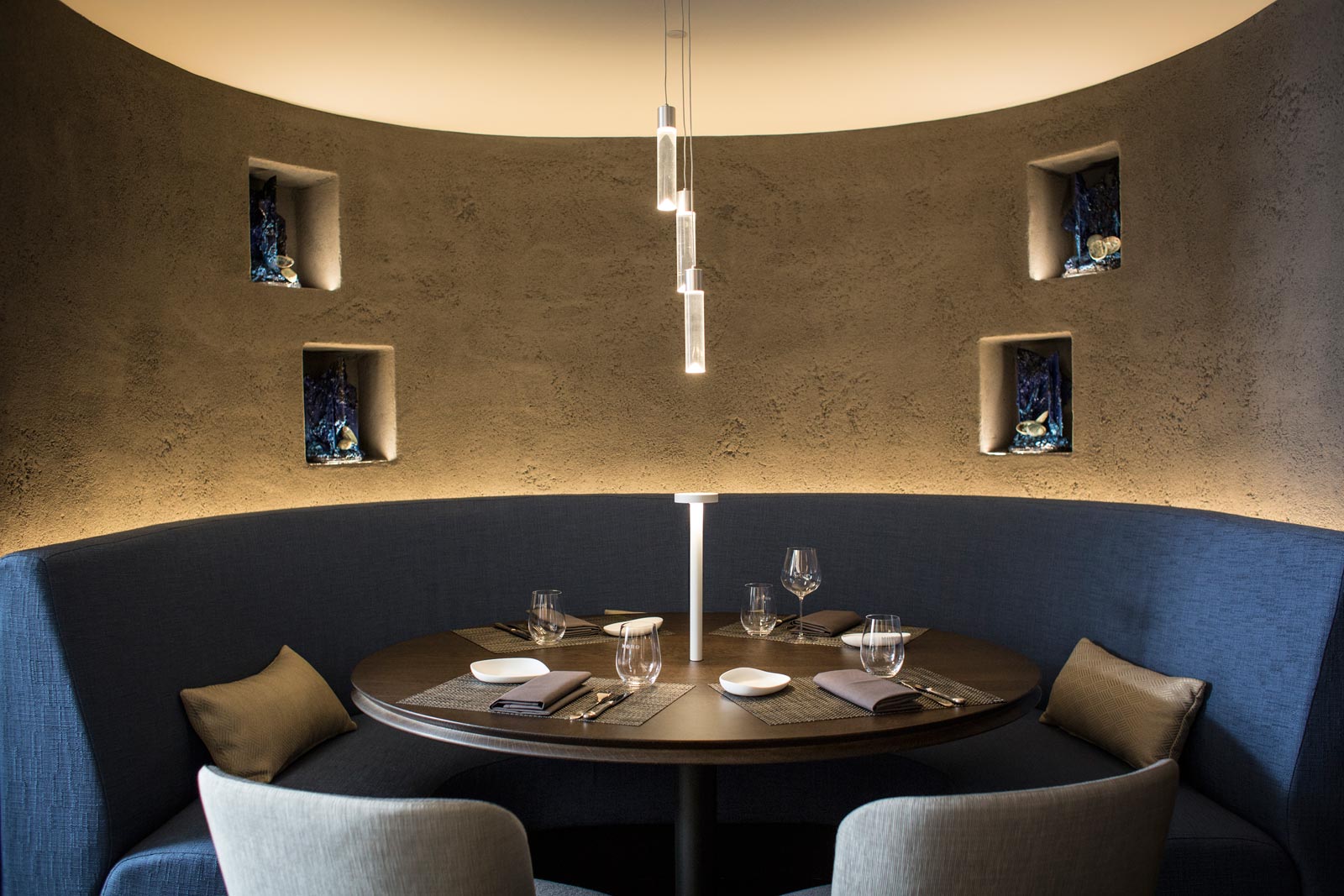 There wasn’t a dish I tried that didn’t leave me enchanted by Monica Galetti’s Charlotte Street operation. From the excellence of the starters right through to the desserts, it was a sumptuous experience with little to fault. The ambience within the restaurant is also commendable. Eschewing fine dining establishments predilection for interiors lacking personality, Mere’s interior is an obvious celebration of the Galetti’s heritage and passions.

My verdict is that this is a restaurant you should go out of your way to visit.