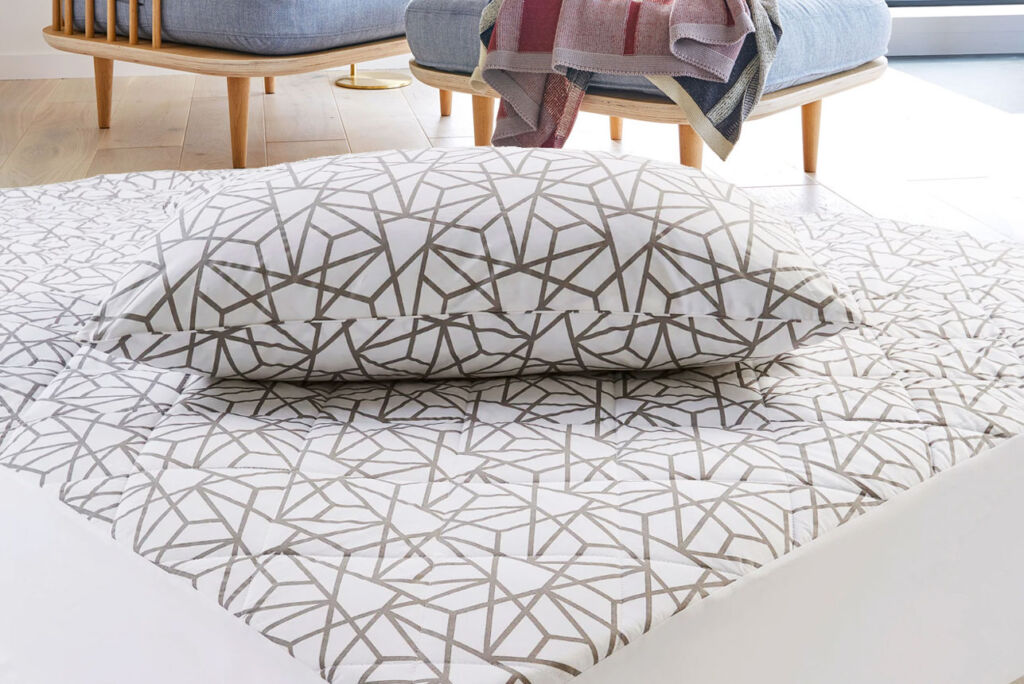 Bedding and crystals aren’t the most obvious bedfellows. The Fine Bedding Company is seeking to change this notion and is doing so by introducing a brand-new collection with built-in Biocrystal® technology, and the best part is that it is designed to make life better.

Sleep is a great way to reduce stress, and I am always interested in writing about ways to make modern life more palatable. You can imagine how excited I was when I was asked try a brand new collection from The Fine Bedding Company; what separates this range from other common or garden varieties is that it is made with a rather special BioCrystal® technology.

Stress is everywhere, and as I have written numerous times in previous articles, it’s almost impossible to get away from it as it is a direct product of how the world works. Over the past couple of years, I have discovered my coping mechanism, and this has primarily been through meditation.

I view meditation as more than just a health benefit. For me, it is a pleasure, and I’ll frequently meditate up to five times a day until I feel any negativity I’m holding disappear.

Anything else that helps my stress-reduction endeavours is always welcome, and the Fine Bedding Company’s Biocrystal® products seemed like a perfect addition. 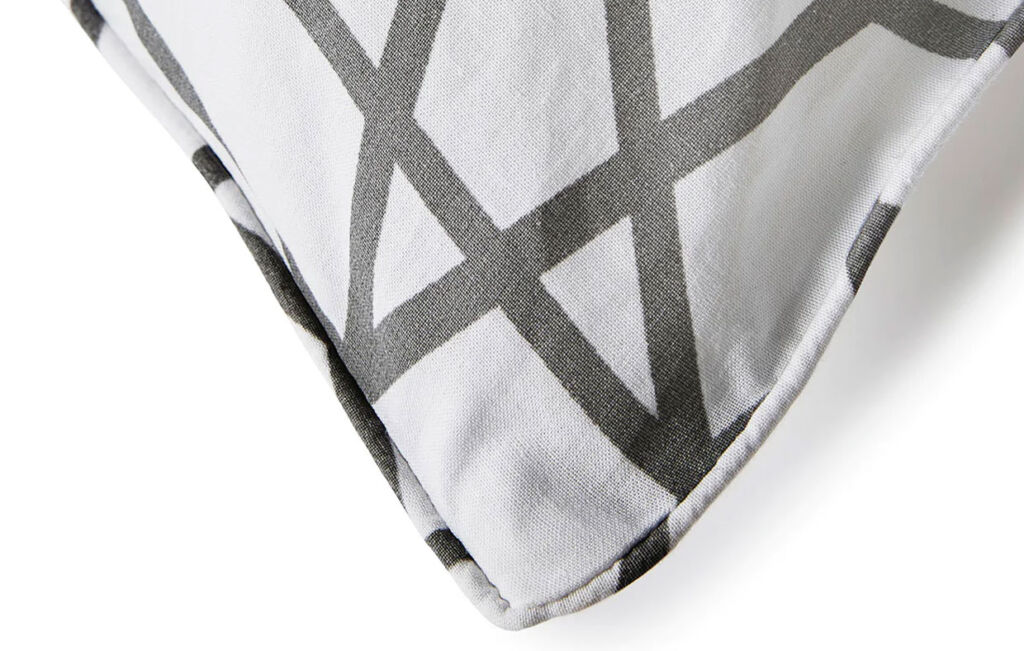 Following a conversation with a representative of The Fine Bedding Company, it wasn’t long before two pillows, and a mattress protector arrived at my door, be-decked in a striking geometric pattern, ready to be tested.

As much as I liked the pattern, and with a bucket-load of enthusiasm, there was a slight issue. All of the products had a quite noticeable, odd aroma, which is probably a by-product of the manufacturing process. Before any testing could commence, they needed to be aired outside. After a few hours of being blown in the wind, the aroma had vanished, and they were ready.

If you had asked me my opinion of crystals a few decades ago, I would have pooh-poohed the idea of bringing them into my life. I thought meditation, sound healing, medicinal plants, organic food and anything associated with the word holistic were best left alone; however, opinions change over time.

My excuse for the negative views I held in my youth is discovering the human brain doesn’t fully develop until the age of 25, give or take 2 or 3 years, and its emotional side isn’t fully formed until around the age of 34; which does explain a lot!

For most people, the benefits of crystals are still a mystery. However, this isn’t holding back many celebrities from incorporating them into their lives. Although I am far from a well-known name, I, too, was not immune from their lure; it wasn’t until I started compiling this piece that I found healing crystals in the home that were adorning the necks of my limited edition Yuri Geller teddy bears. 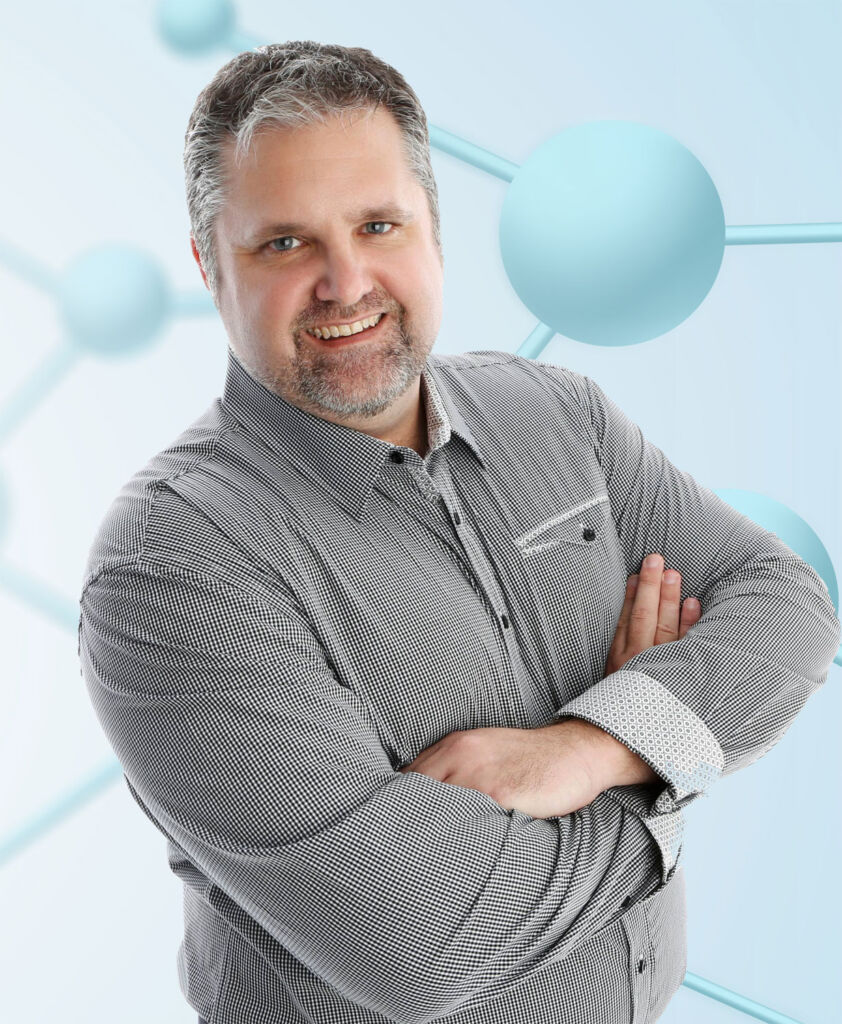 Cards on the table, I was unsure of what to expect from the biocrystal bedding, so I contacted Steven North, an expert and speaker on the subject of crystals and their healing properties.

He told me the introduction of crystals into a sleep routine should positively impact my sleep. He added that he has a large piece of Amethyst crystal in his bed to enhance his sleep and how the crystal’s vibrational pitch affects his overall state of beingness.

Placing my body on products containing biocrystal technology would be an incredible experience, and he began to think of its wider potential, particularly using it on massage tables, to relieve stress and enhance the vibration of the physical cells within the body, which would result in a beautiful, uplifting, and relaxing experience.

Steven told me the physical body does respond to crystals at a cellular level. He fervently believes that adding crystals to a sleep regime can only be positive, and to have these in bedding is an exciting move forward; some would liken it to being in crystal heaven.

About the De-Stress Biocrystal® Bedding collection
The Fine Bedding Company’s De-Stress Biocrystal® collection is the first set of its type to be launched in the UK. The British bedding company teamed up with Vesna Pavletić, the founder of Biocrystal® technologies, to create a collection containing crushed, and mixed natural crystals which are then embedded into the fabrics, and before you ask, no, you can’t feel them!

Vesna says that the built-in biocrystal technology has undergone testing in a clinical setting, and this was done with double-blind research, measuring the changes in physiological indicators. The results showed a significant stress reduction in the test subjects and increased relaxation, which is said to aid sleep. 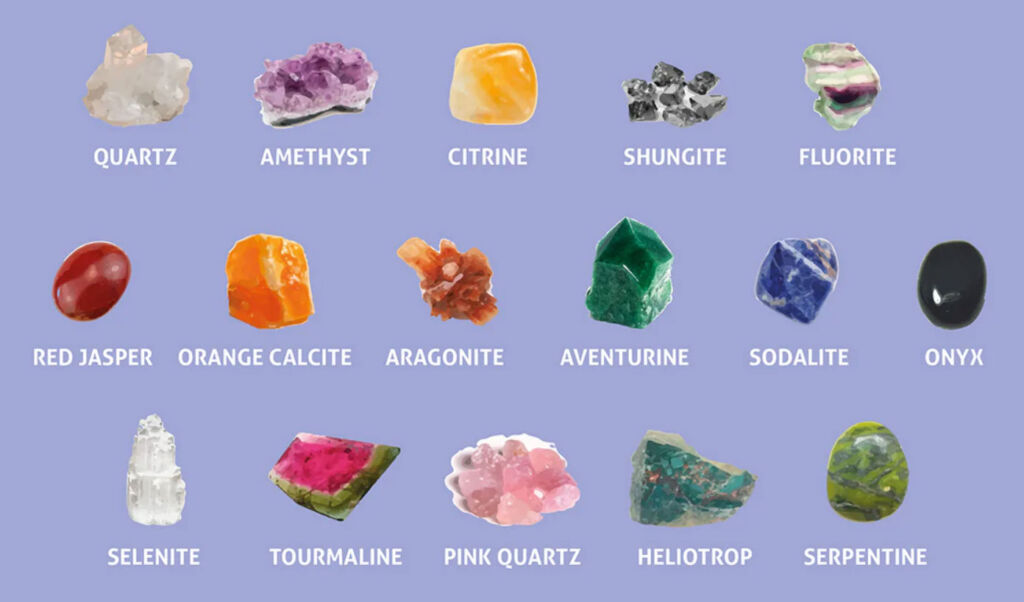 The De-Stress Biocrystal® Support Pillows contain all the above crystals and come in a 100% sustainably sourced BCI cotton cover. The mattress protector, as with the pillows, has the biocrystal technology powder embedded into the fabric and comes in three sizes, single, king (which I tested) and super king. 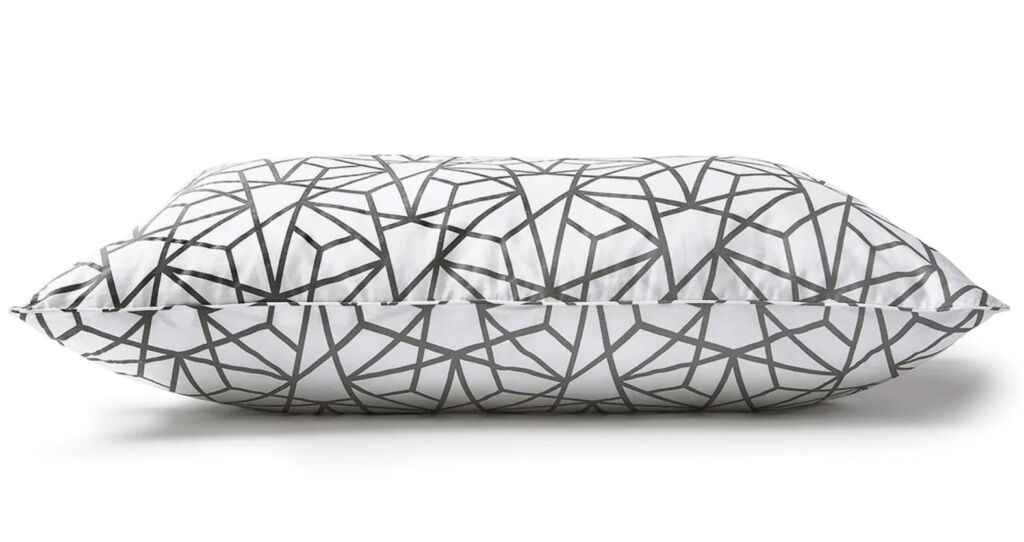 One thing that I have that most other meditators likely don’t is a medical-grade headband with built-in EEG sensors that monitors my brainwaves; I hoped that any benefits derived from the biocrystal technology would show in the data graphs. 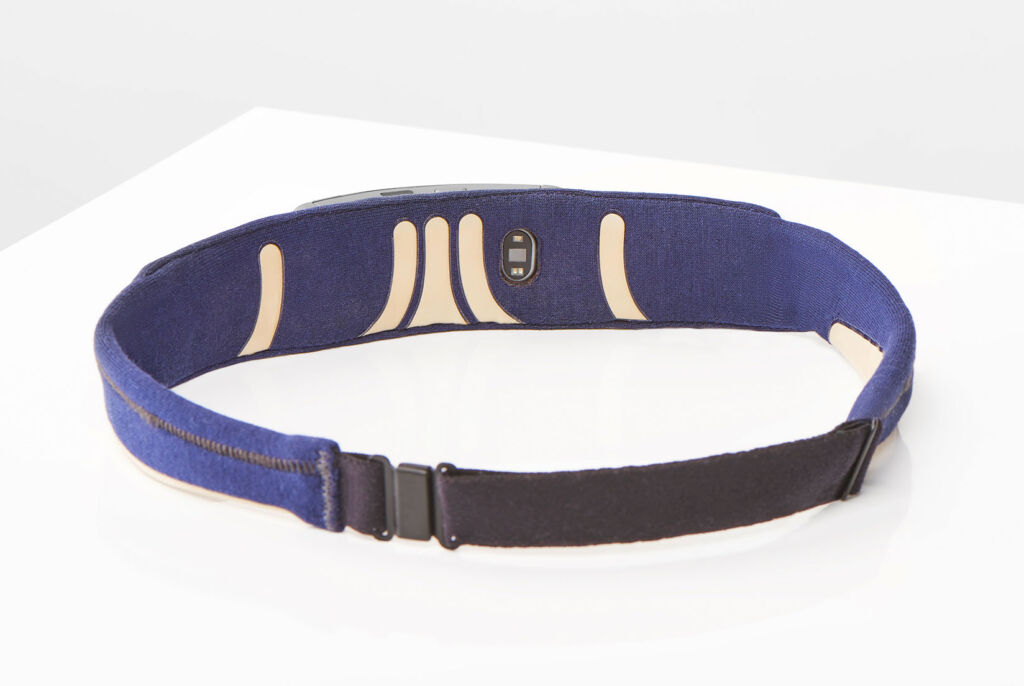 During the past 12-18 months, I have probably meditated 1000+ times, and each one almost without fail has followed the same pattern; get into a focused state, clear my mind, feel relaxed, and read the data. My meditation session with the new bedding was somewhat different and produced a unique experience.

I began my session the usual way, headband on to read my brainwaves, my smartphone collating the data and an over-the-head set of headphones to help separate myself from the world.

I will usually meditate for twenty minutes and remain conscious throughout this time, as falling asleep is a big no-no with meditation. After ten minutes of meditating with the De-Stress Biocrystal® collection, I felt very close to falling asleep, which is a rarity. What was so different was I found myself holding my mind in a state that was just a fraction away from full-blown sleep. Although it felt like I was asleep, I knew I wasn’t as I could maintain focus and even switch it to different things.

The meditation session made me feel incredibly relaxed, perhaps more relaxed than I had ever been. I looked at the data, and it didn’t show anything out of the ordinary except spikes in the graphs that showed I was conscious and regularly reshifting my focus.

The test took place on a Tuesday, and from here on, the focus was squarely on sleep tests. With the mattress protector in place and secure thanks to its elasticated corner straps, we placed a linen sheet on top and my wife, and I headed to bed. On the first night, our sleep wasn’t great, probably due to sleeping on something with a texture we weren’t used to. The mattress protector has a new, stiff feel, and with any product for the bed, it needs (excuse the pun) to be bedded in and softened.

Wednesday night followed the same pattern as Tuesday, and I will admit, I was starting to feel disheartened and was worried my initial high hopes would be dashed. I decided that the fairest way to establish the benefits of the collection was to test it through to the Friday, which could result in two more nights of less than optimum sleep.

I think the two initial test nights had helped the mattress protector lose its newish feel and loosen up, as my sleep on Thursday night was superb. I got the same feeling I had experienced during my meditation session, which was replicated on Friday night and Saturday morning.

I didn’t even want to get out of bed on Saturday, and I didn’t! It wasn’t until 1:30 pm that I decided to face the world! I could not be sure if those great nights’ sleep and my meditation test were the product of the biocrystal technology in the bedding or placebo coupled with having a brain that is considerably more relaxed and less stressed than the norm.

Although Vesna Pavletić’s Biocrystal® technology has been the subject of positive scientific testing proving its merits, there are too many individual factors with me that make it impossible to confirm what was the catalyst for my great sleep.

Even after decades of intensive study, science doesn’t fully understand how the placebo effect works, only some things that can trigger it. Whether it was the Biocrystal® technology embedded into the products or a placebo effect is inconsequential, as the end result, which is all I can go on, was some very relaxing times.

The bedding looks great and is comfortable, and that’s all you can expect. If there are some extra somewhat mysterious benefits on top of this, look upon them as an extra bonus. 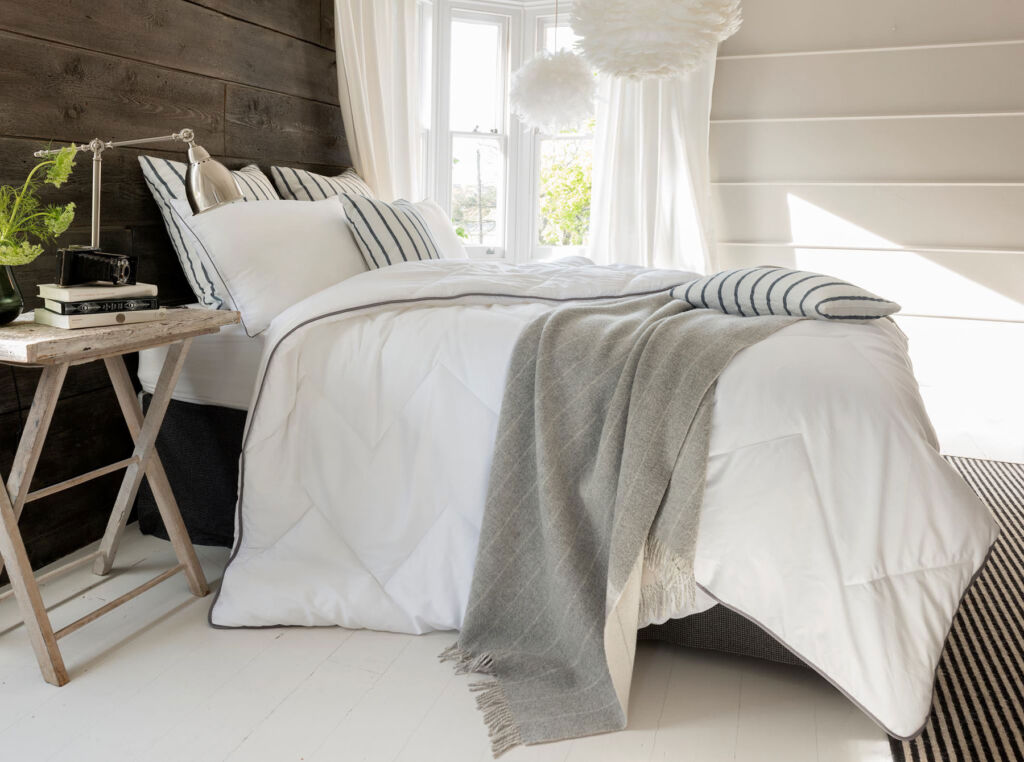 About The Fine Bedding Company
The Fine Bedding Company is a British company that’s been in operation for more than a century and was established in 1912, just before the start of the first world war. The company focuses on developing luxurious, hotel-quality bedding that helps produce a better night’s sleep. In 2000, it established a purpose-built state-of-the-art manufacturing facility in Estonia, giving the company complete control of its products from initial conception through delivery.

For more information on The Fine Bedding Company and to browse its full range of bedding products, visit www.finebedding.co.uk.