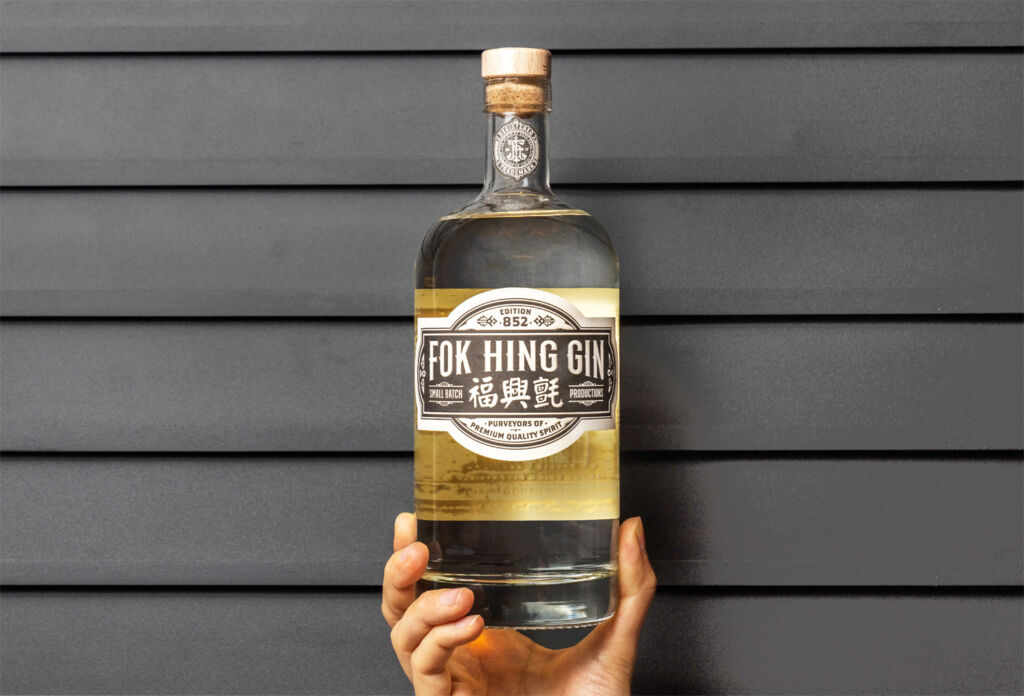 Thus far, the book ‘Forking Wellness‘ has been our champion for the product/brand with the most innovative name. However, this unique accolade has suddenly changed hands, and the new holder of the title is British-based Gin distiller, which goes by the rather brilliant name of Fok Hing Gin.

Fok Hing Gin, the more you say it, the more it will make you smile. It’s not uncommon for a brand to name itself after a place where it’s not actually based; take, for example, our feature on the Sudbury-based Caribbean Blinds. However, in what we regard as a stroke of marketing genius, this British distiller has taken its name from somewhere that has an entirely different meaning in the English language when spoken out loud.

Launching any products in modern times is a difficult task, especially if you’re doing it in an overly congested marketplace. One of the best ways to stand out is by giving a product a memorable name, and Fok Hing Gin hits the nail on the head in this respect. 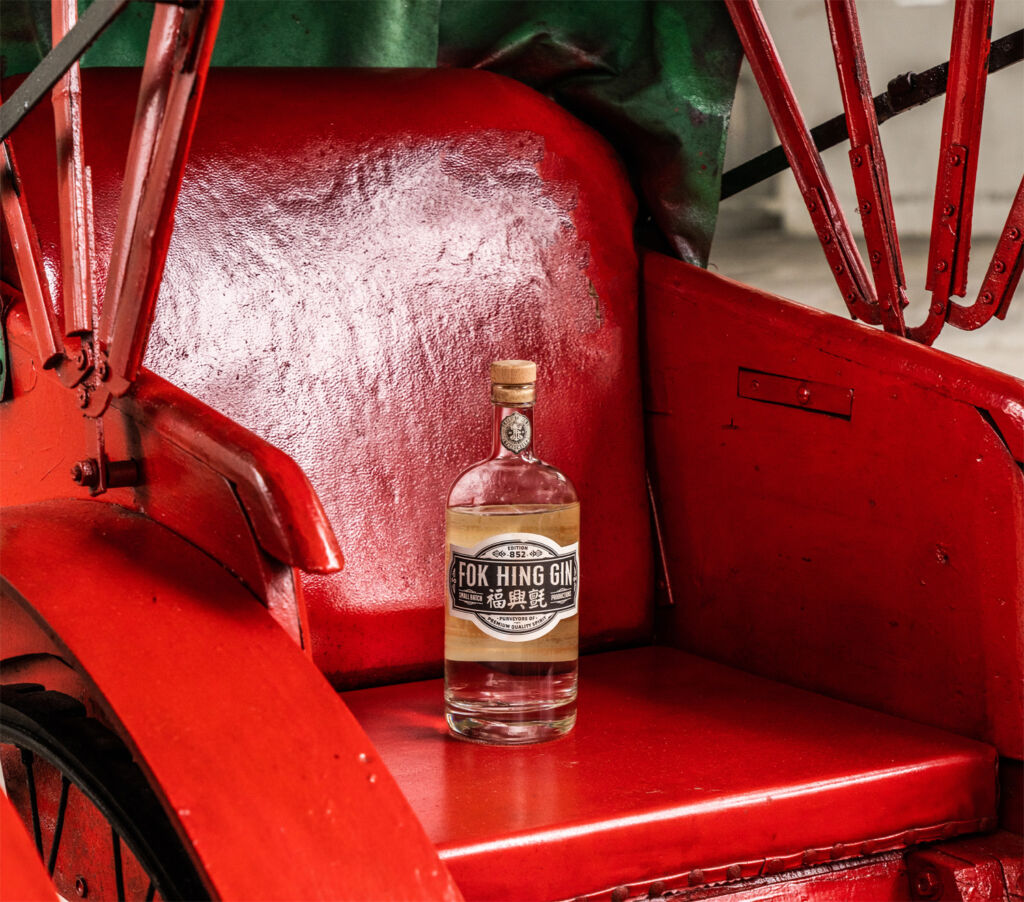 Britain and Hong Kong’s histories are intertwined, and it was only in 1997 that Hong Kong stopped being a British colony. Being a ‘forces brat’, Hong Kong was ever-present while growing up with many of my friends living and being educated there. Prior to the lockdowns, any meet-ups always focused on our childhoods with Hong Kong among the fondest of all the shared memories.

Although Hong Kong is known for many things, if we’re being honest, gin production is not one of them.

Fortunately, a British distiller is paying homage to the two countries incredible shared histories and bonds in the form of a expertly-crafted tipple, which, although distilled in Britain, can be regarded as a proper Hong Kong gin.

Socialising on the horizon 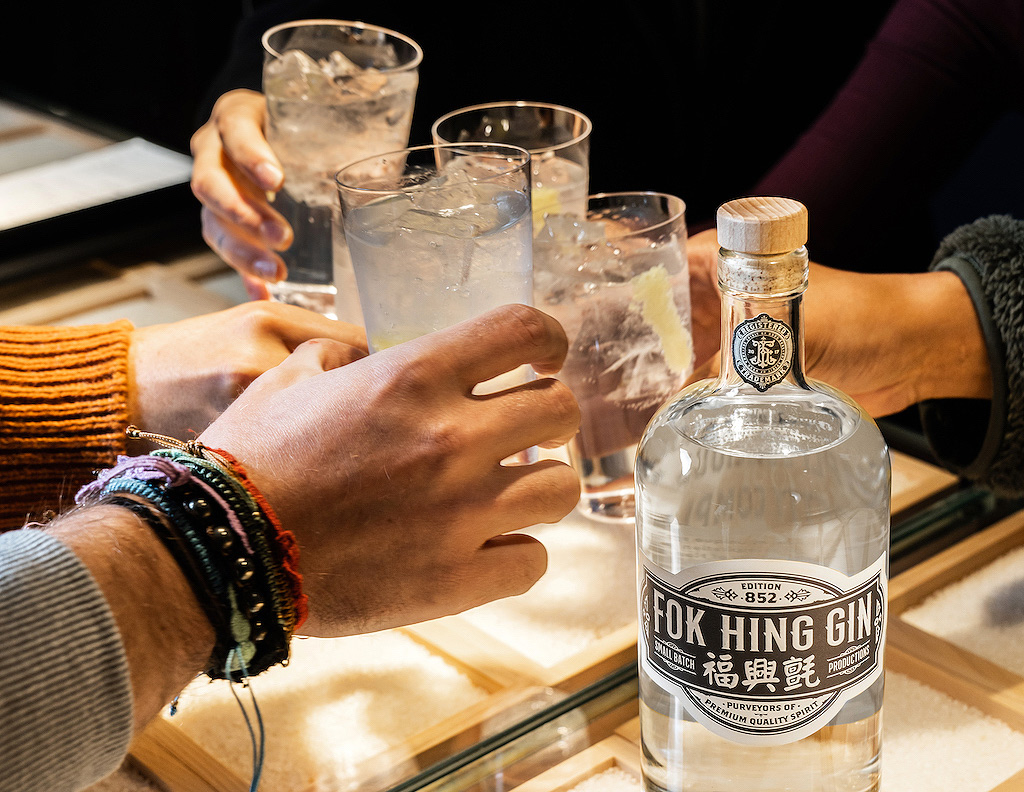 This summer, many people up and down the country will be holding their collective breath that the return of socialising goes ahead as the government has stated it will. Although nothing has been written in stone, it does seem more likely than not get-togethers in a more normalised form will be back on the agenda just in time for the return of the warmer months.

After what seems like an eternity of keeping one’s distance, the chance to catch up with friends and raise spirits is within people’s grasps and given the shock of the past fifteen months, every one of these opportunities needs to be celebrated in the most memorable way. 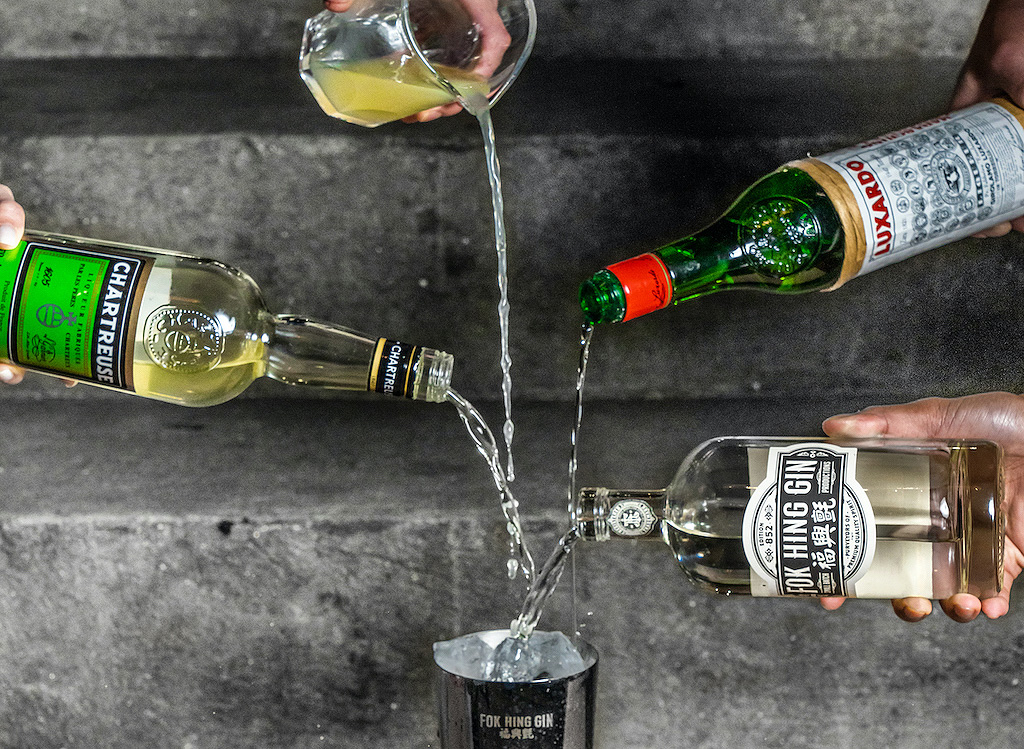 One easy way to make a get-together’s memorable, which is also guaranteed to produce many a smile, is by adding some Fok Hing Gin to the mix.

Imagine the look on guests faces when you pass the bottle to them, and it slowly begins to dawn on them how cleverly named this gin is. I promise that some, if not all, will start sniggering and begin repeating its name and as everyone knows, introducing fun and humour when with friends and family is always a winning formula.

The story behind the name 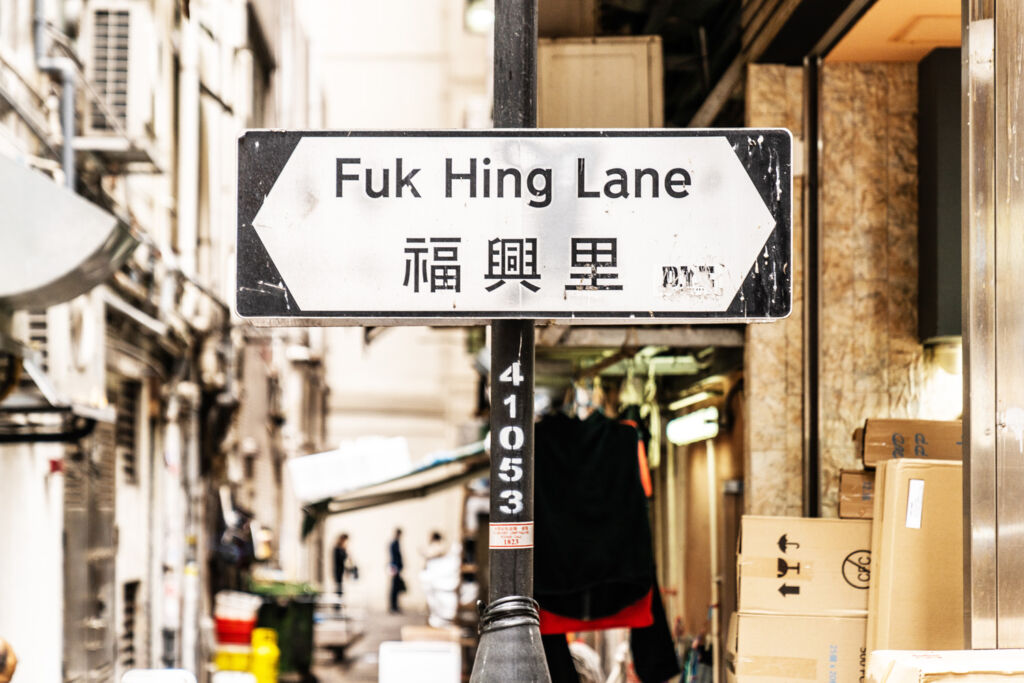 We must admit that when we first received details of the gin via email, we had to double and triple check the date it was sent to make sure it wasn’t news caught up in our system, meant for publishing at the start of April.

It wasn’t, and after further investigation, we discovered that this gin takes its name from a street in Hong Kong’s Causeway Bay called ‘Fuk Hing Lane’. Having paid many visits to Causeway Bay over the years, I’m pretty sure I would’ve unwittingly walked along it, missing out on what would’ve been a fantastic photo opportunity! 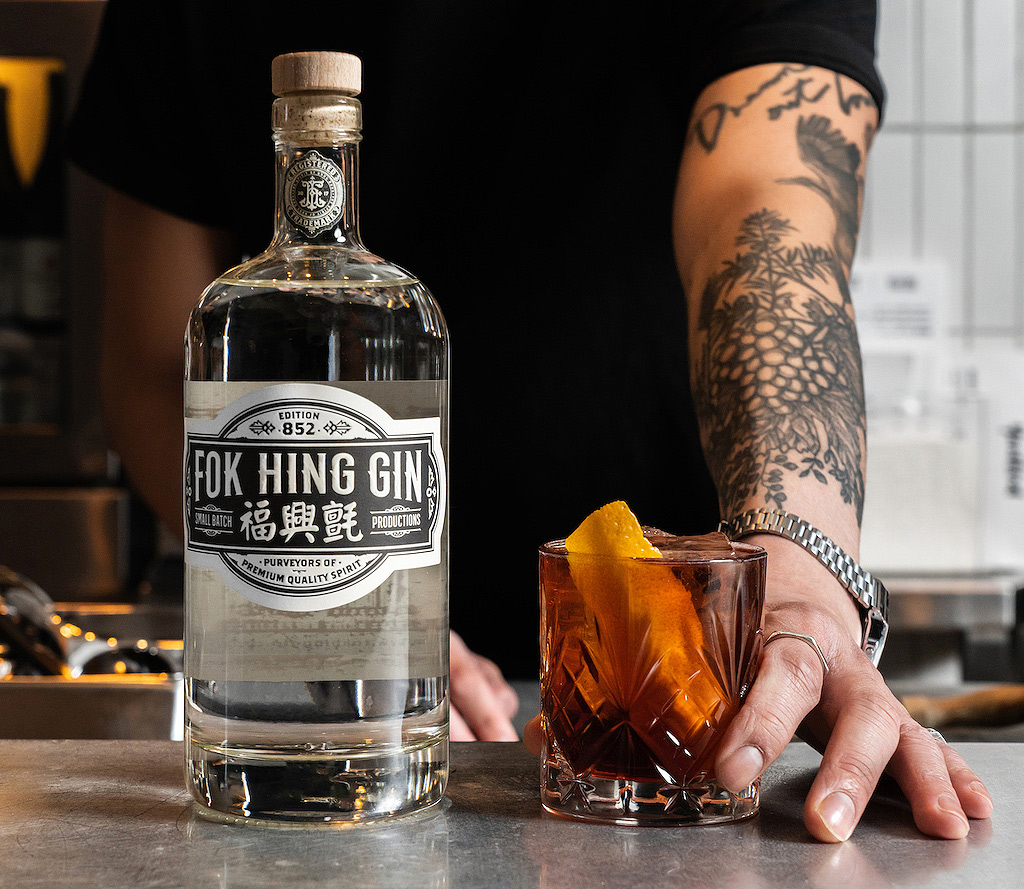 About Fok Hing Gin
Although much mirth will be drawn from the gin’s name and its coincidental profanity, it is actually an exceptional gin. In fact, it has recently been awarded a silver medal at the 4th London Spirits Competition, which was based upon its quality, value for money, and its packaging. 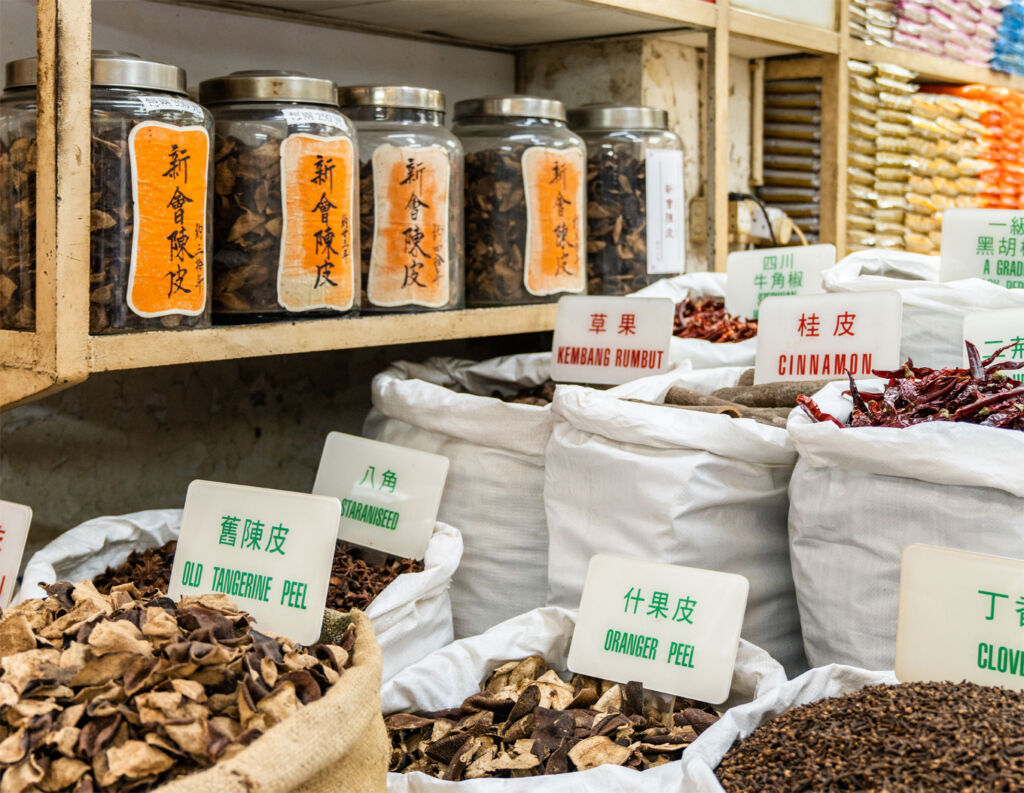 Naming the gin after Fuk Hing Lane is not simply a marketing exercise. The ten botanicals used in the gin come from a century-old spice shop in Hong Kong which are then flown the nigh 10,000km to the UK, where it is distilled and bottled.

To get to the refined gin it is today took a huge amount of experimentation and thirteen separate formulations. The result is a gin with a floral jasmine green tea scent on the nose and citrus notes, and a spicy Szechuan pepper kick on the palate. 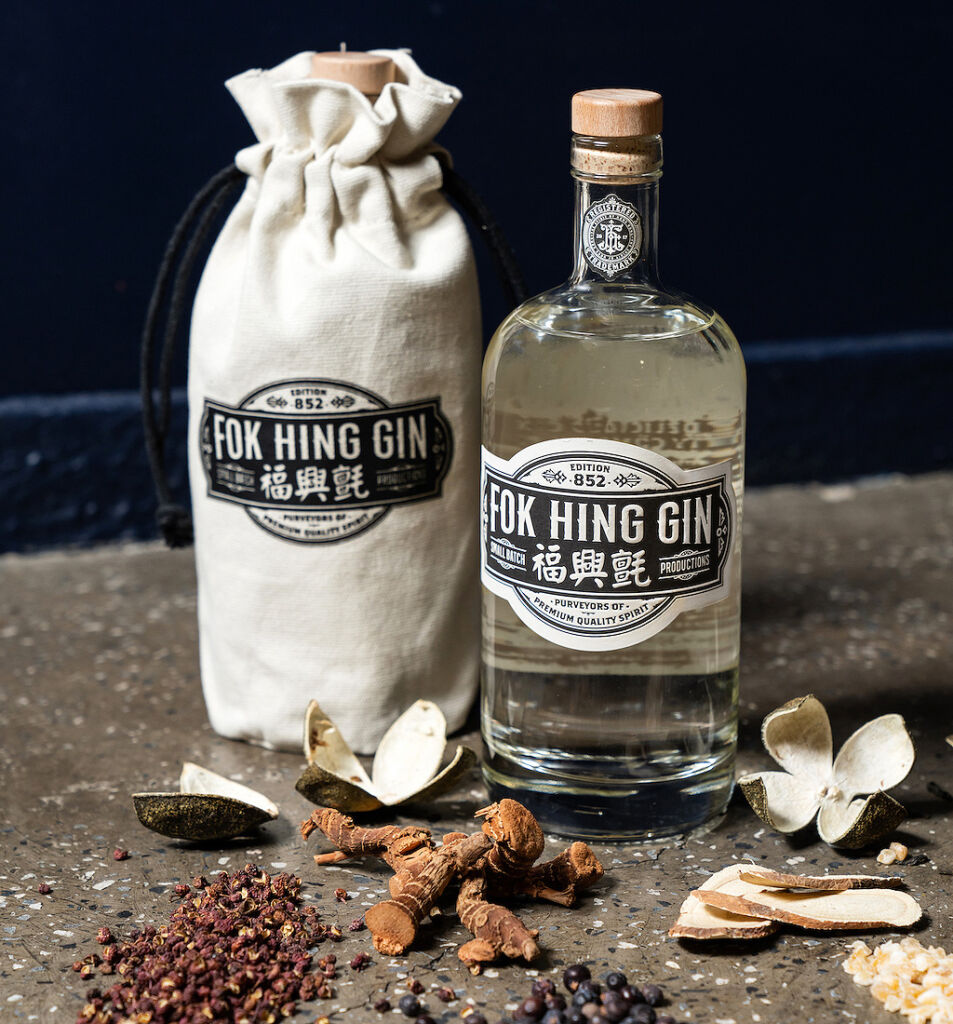 Final thoughts
We get 100s if not 1000s of products introduced to us each week, and it’s very rare that one gets a unanimous nod of approval from the editorial team. However, the creative minds behind Fok Hing Gin thoroughly deserve one; we doff our caps to you and your collective genius for creating Fok Hing brilliance!

Fok Hing Gin – Where and how?

Fok Hing Gin EDITION 852 is currently available at the special price of £38.00 for a 70cl, 42% ALC BY VOL bottle. You can place an order for the gin and other accessories here.

Addendum
The people who live at property No’4 in Downham Markets’ Kew Road or Kew Avenue in Hyde should probably try their hand at gin making; you never know, one day it might turn out to be the next Fok Hing Gin!