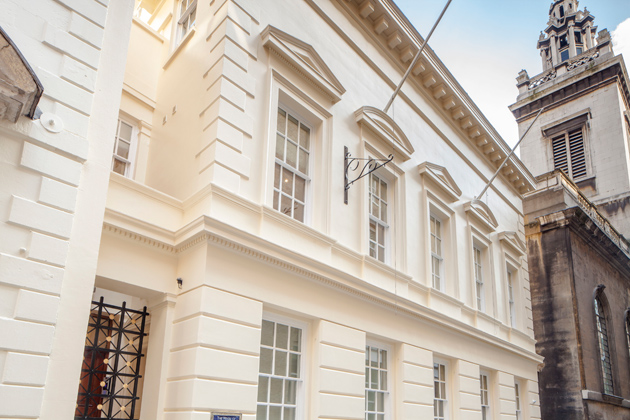 At the south end of College Hill, a quiet cobbled road just off Cannon Street in the City of London, is Whittington House, a Grade II listed stucco fronted building steeped in history. 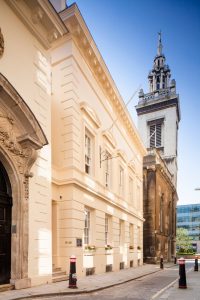 Originally built as a school in 1832 by Mercers, the building is most famously known as the site of the former house of Richard “Dick” Whittington (c 1354 – 1423), four times Lord Mayor of London and Member of Parliament, but celebrated most famously in the 19th Century as a popular pantomime Character.

The building’s history is now taking a new direction; as residential developers have moved in to restore and sympathetically convert the interiors into eight stunning apartments, retaining many period features and offering a truly special opportunity to buy a piece of history in The City of London.

At the centre of the development is a magnificent 2000 sq ft apartment with a living room of ballroom proportions, filled with original features and a 43 ft high ceiling.

The new residents will be in esteemed company, the site’s former resident Richard Whittington, a renowned philanthropist, was an awe inspiring character. During his four terms as Lord Mayor of London he personally donated and financed the rebuilding of Guildhall, the drainage systems in poor areas of medieval London, a hospital ward for unmarried mothers and the rebuilding of his beloved Parish Church; St Michael Paternoster Royal. This beautiful Grade I Christopher Wren church sits next door to Whittington House on College Hill. 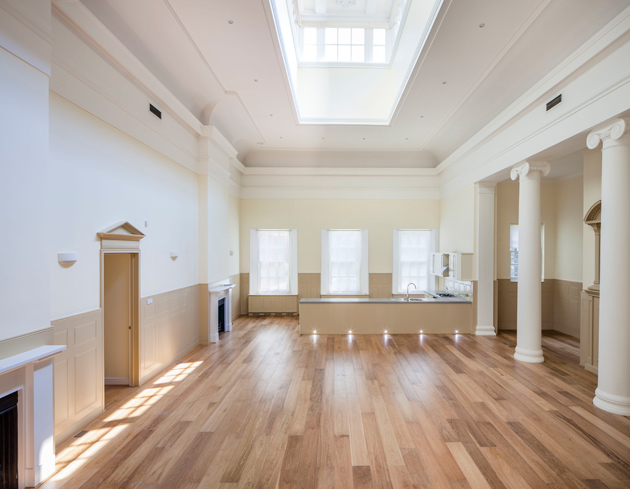 Due for completion in September 2012, the building will now offer a range of one and two bedroom apartments, currently for sale with estate agents Hurford Salvi Carr. For more information visit: https://www.hurford-salvi-carr.co.uk/