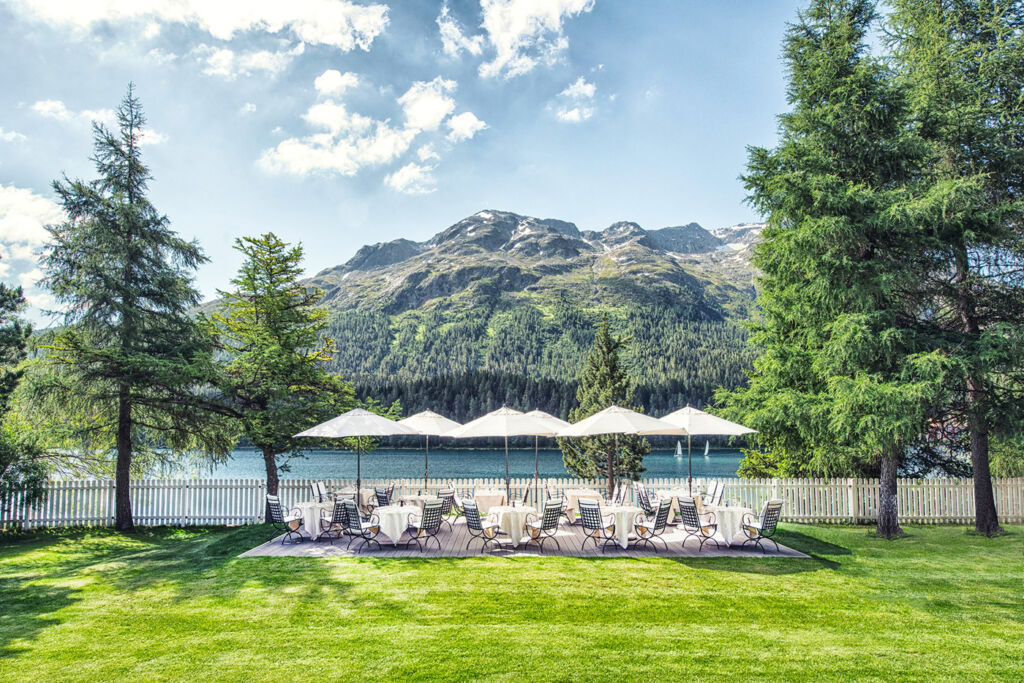 Although pretty much open most of the year, the hotel has a very different feel in the summer compared to winter. During the colder months, you’ll be hard-pressed to find a seat in the Living Room. 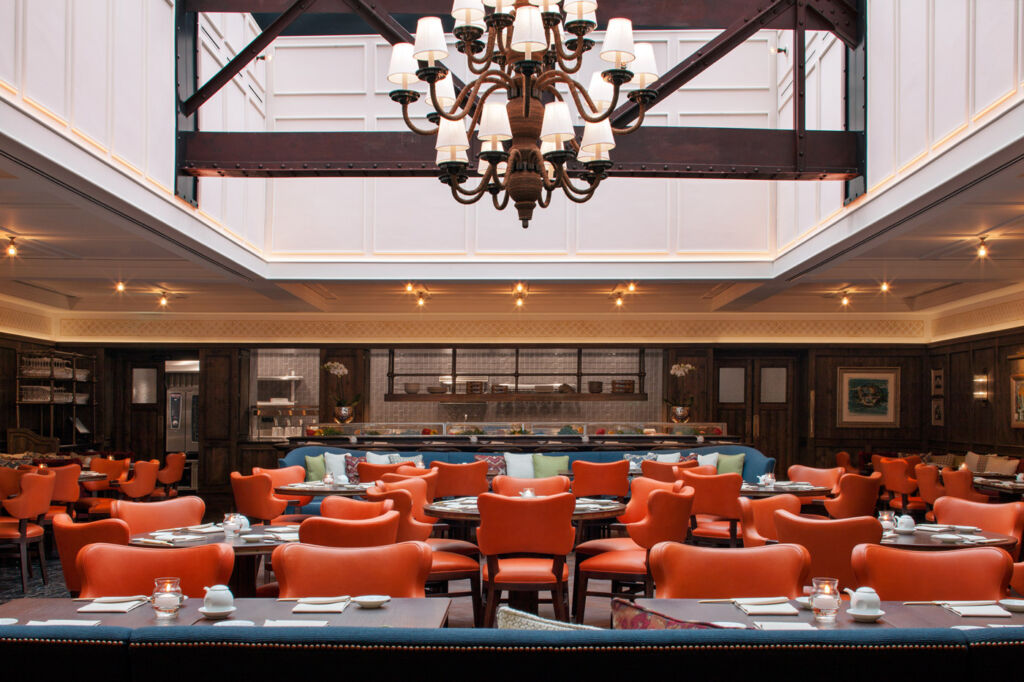 Badrutt’s Palace Hotel has nine on-site restaurants and three bars, which include Jason Atherton’s King’s Social House, Andreas Caminada’s Michelin-starred IGNIV, Japanese-Peruvian Matsuhisa, and fine-dining at Le Restaurant. But come summer, only a few are open. Having visited the property at the end of the summer, my friend Emily and I dined in two of them. Our first evening meal was spent in the delightfully cosy Chesa Veglia, Romansh for ‘old farmhouse’, just across the road. 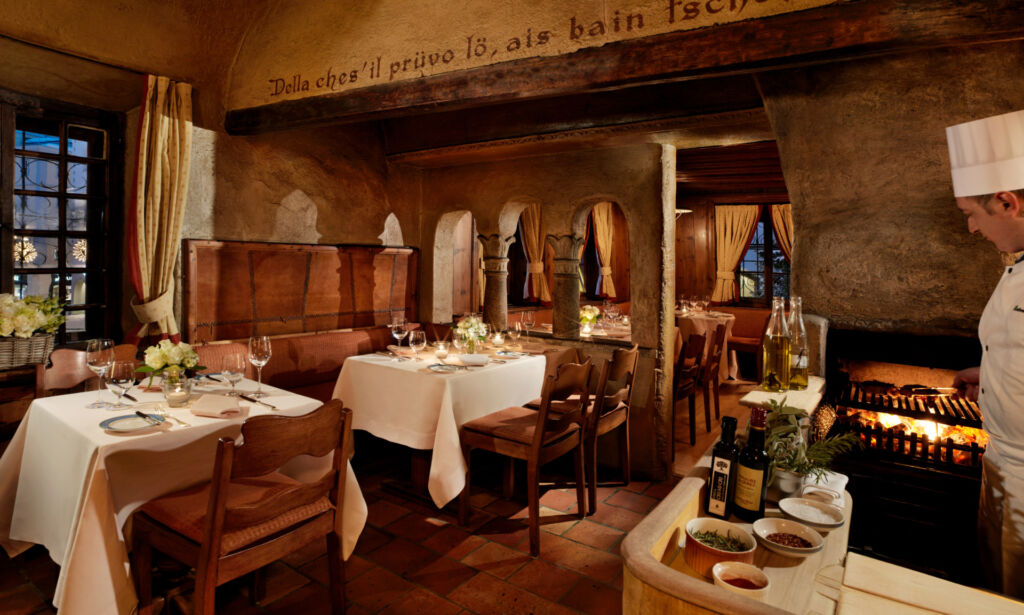 You can find lots of options, from pizza to Swiss specialities. But it was the truffle pizza that had both Emily and I dazzled, so much so, we would’ve happily gorged on that alone all evening. 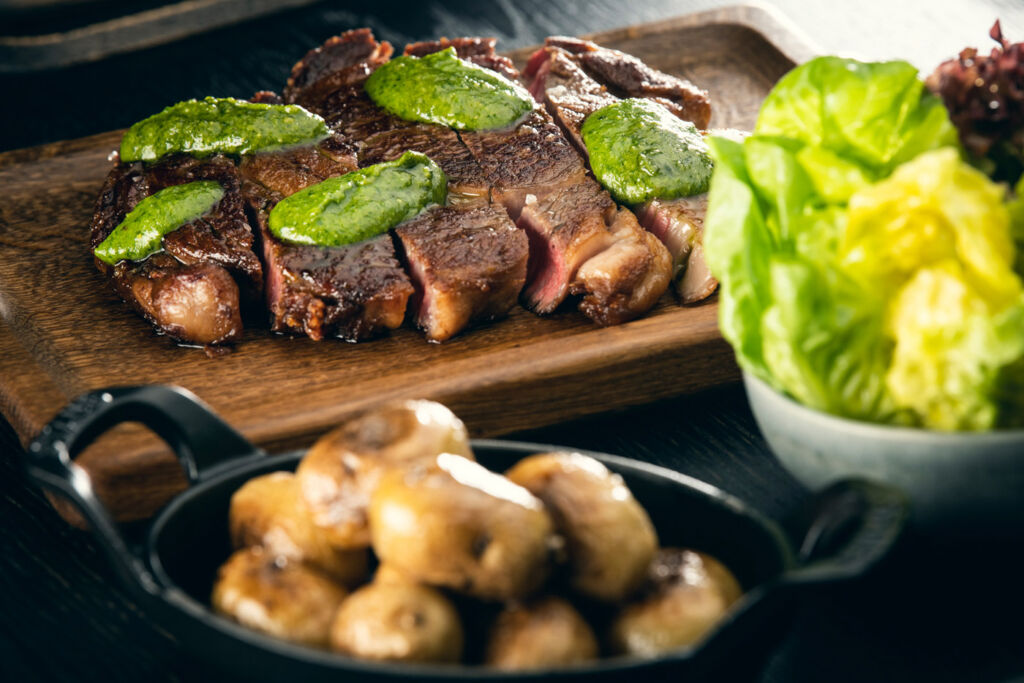 The Alpine chalet-style setting of the wooden furnishings, wood oven, vintage cutlery, and the sense of luxury permeating the air, are the perfect ingredients for a night out with friends.

For the morning after, breakfast is served in Le Restaurant to the sounds of a live harpist. Had we not been so stuffed from the dinner the night before, we would have made the most of the extensive cold buffet, supplemented by a chef making eggs to order, and the other hot options available on the à la carte. Still, we indulged in the ‘Enadiner Nusstorte’ (the Engadiner nut cake). Consisting of mainly dough, filling and nuts, the origins of this delicacy are said to have come from the immigrants of the Engadine Valley. We both took an instant liking to it. 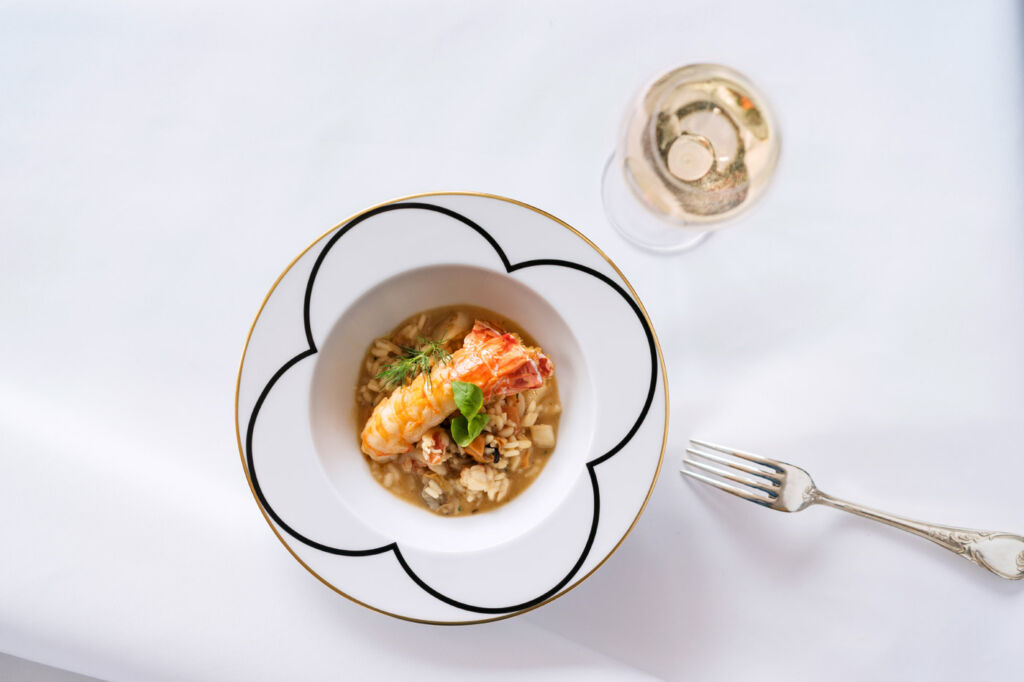 Emily and I were wise to have a lighter lunch, and to take part in an array of activities offered at the hotel, so we could return to the same dining room for dinner later that evening. And what a showstopper it was. Think theatrical fine dining with your meal being part-cooked or finished off right in front of you on a trolley by a waiter at your table. The display was as mesmerising as the steak and fish we were served.

Talking of the aforementioned activities, there are a plethora of ways to burn off those extra calories. There’s a free shuttle which runs to the Corviglia cable car and the staff are only too happy to ferry you across to other ones. Emily and I took full advantage of the unusually glorious weather during our stay and took a cable car to Muottas Muragl (2456 ft) for a hike on one of the days.