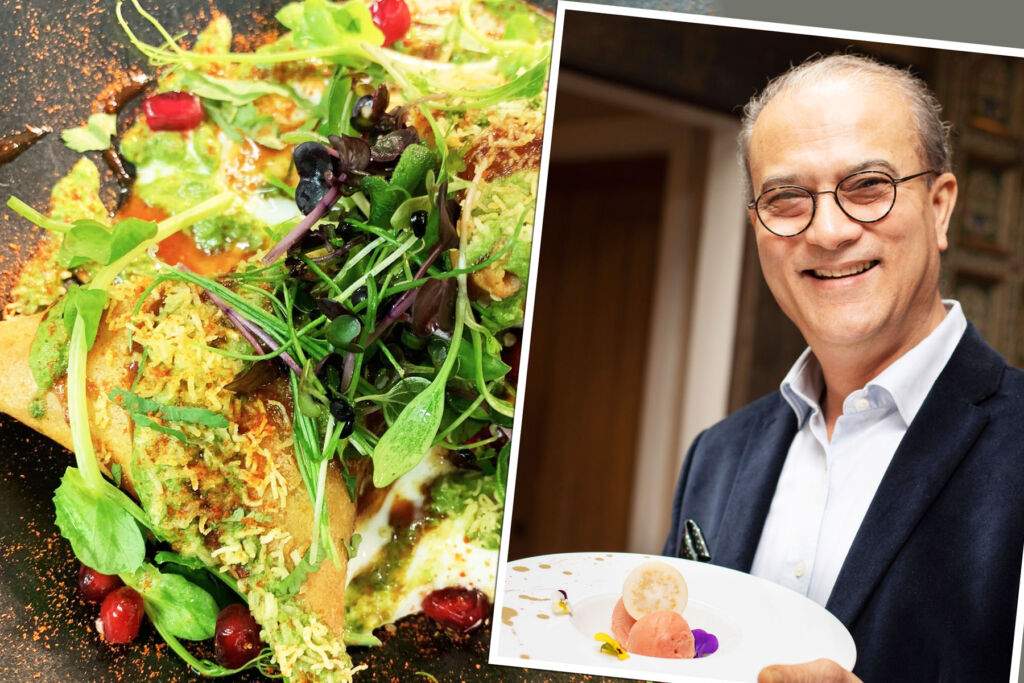 Food and culture are interwoven. The way food is prepared, served and shared often has deep roots in cultural significance and can tell us a lot about people. Restaurateur Rajesh Suri had a burning desire to learn more and spent five and a half weeks exploring the food traditions along the ancient Grand Trunk Road before opening his restaurant named after the road.

Built for traders in the 16th century, the Grand Trunk Road is Asia’s longest road at 1600 miles running through nine regions and connecting Bangladesh to Afghanistan. The road acted as a major trade route and functions as such today. It has welcomed many travellers as they sought to trade ingredients, spices and recipes, giving it its lively, diverse and colourful reputation. The Grand Trunk Road restaurant in South Woodford offers a selection of dishes inspired by the flavours, aromas, and sounds synonymous with the famous route.

Opening his own restaurant was a lifelong dream of Rajesh, who has been instrumental in the rise of Michelin-starred Indian food establishments, including helping secure the first-ever Michelin star for an Indian restaurant as manager of Tamarind in central London.

Intrigued to find out more about Grand Trunk Road and Rajesh, I went along to sample their newly launched brunch menu. Arriving at the 60-cover restaurant on a Saturday afternoon, I was pleasantly surprised by the number of families, groups of friends and couples, considering the eatery is some distance away (a 15-minute walk) from the tube station. I was greeted by the very charming Rajesh, who waved his hand in a calm “no problem” manner as I apologised for arriving late due to public transport delays. 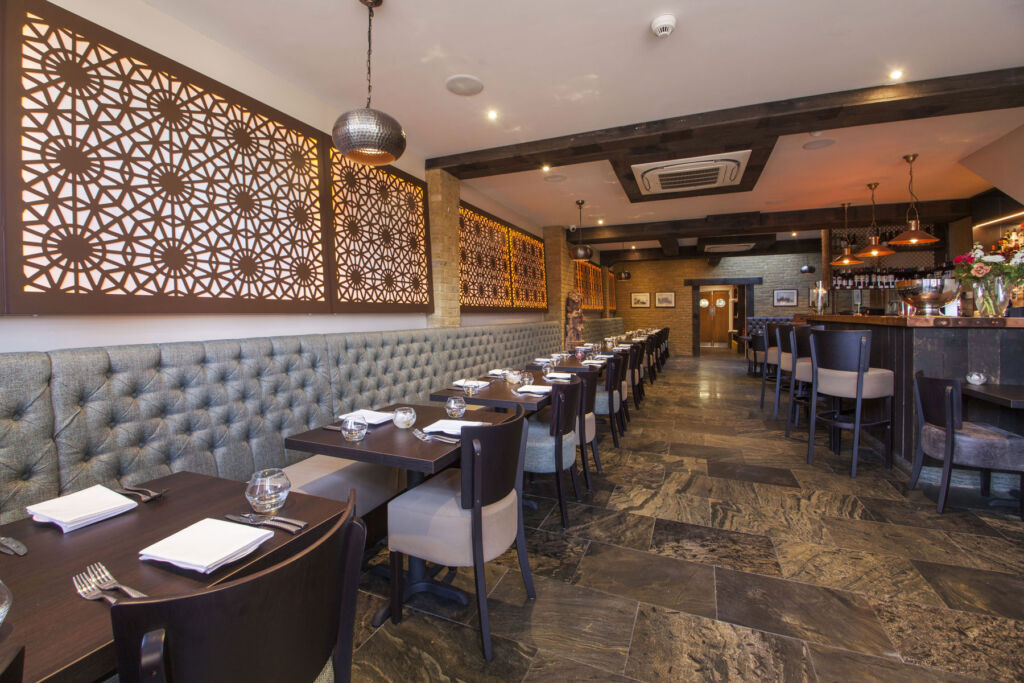 Unlike many Indian restaurants, the décor here is not too overt. Instead, it is subtly decorated and has a minimalist feel, with only a handful of aspects hinting towards Indian motifs, such as the black lattice panel lit in amber hues along one side of the room opposite the long bar. But the food, in contrast, came out bold and colourful as it should be in a fine dining Indian restaurant.

Four different types of curly poppadoms and a selection of four homemade tangy chutneys (beetroot and fennel, mango with chilli flakes, mint yoghurt and carrot and ginger) were swiftly brought over as Rajesh explained the brunch menu to me. 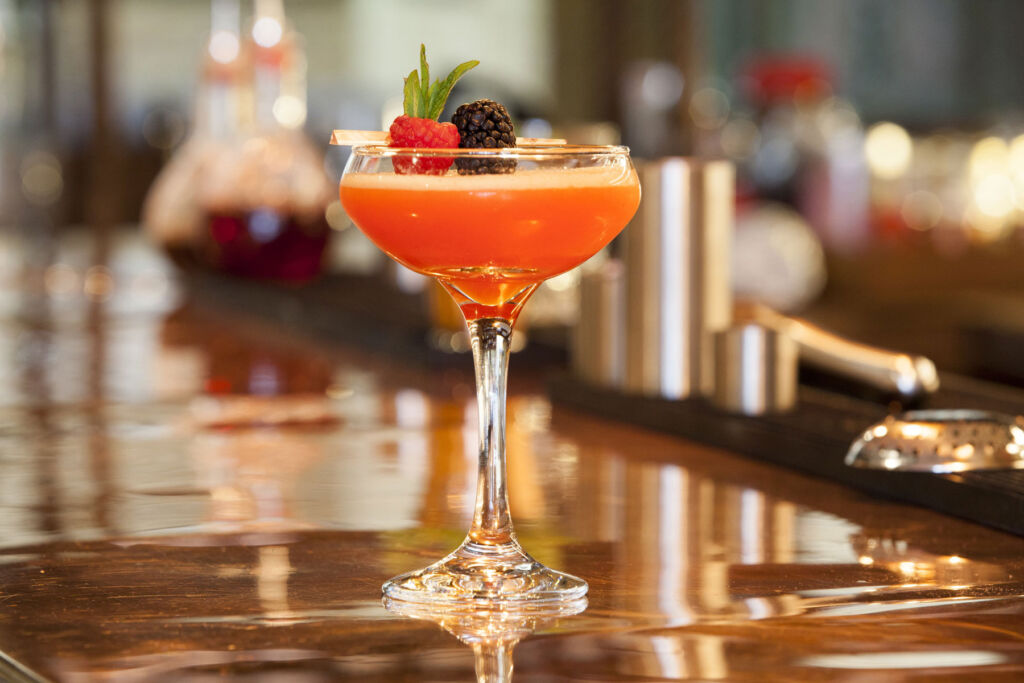 The starter dishes include Akori (Masala scrambled eggs) with fresh coriander, green chilli and ginger with tomato and sultana chutney, and Crispy stuffed vegetarian samosa chaat-topped sweet yoghurt with mint & Tamarind chutney and Tilapia fish dusted with pepper, turmeric, carom seeds, served with mint and coriander chutney. Every dish had its own unique aromas and was presented beautifully. 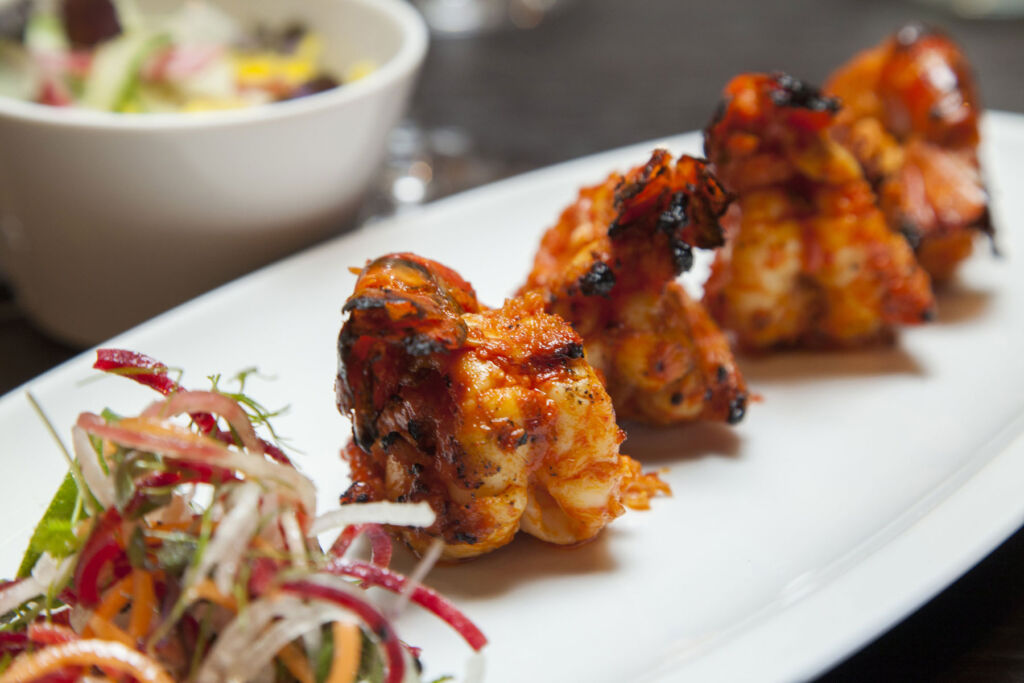 Quite frankly, I didn’t know where to start. Each one of them was delicious in its own right and not at all greasy, as can be the case with some Indian restaurant foods. I had to refrain from devouring the whole lot as I had four mains to follow.

Taking a break to digest the first course, I quizzed Rajesh about the several awards adorning the walls. He told me that in just five short years since it opened, Grand Truck Road had amassed 14 awards. It didn’t surprise me, given his 30-year track record within the Indian restaurant industry.

Rajesh is a regular on MasterChef: The Professionals, and he’s also the winner of the BIBA, Restaurateurs Restaurant and Personality of the Year awards. And just last week, his chef Iqbal Ahamad took the 2nd Runner Up Asian Chef of the Year award.

Again I had the difficult task of deciding which to dive into first. No greases to be seen and cooked just like my mother would cook. Each dish was divine, but if I had to choose my favourite, it would have to be a toss-up between the lamb and chicken. Any leftovers are given to staff to take home as everything is cooked fresh on the day. 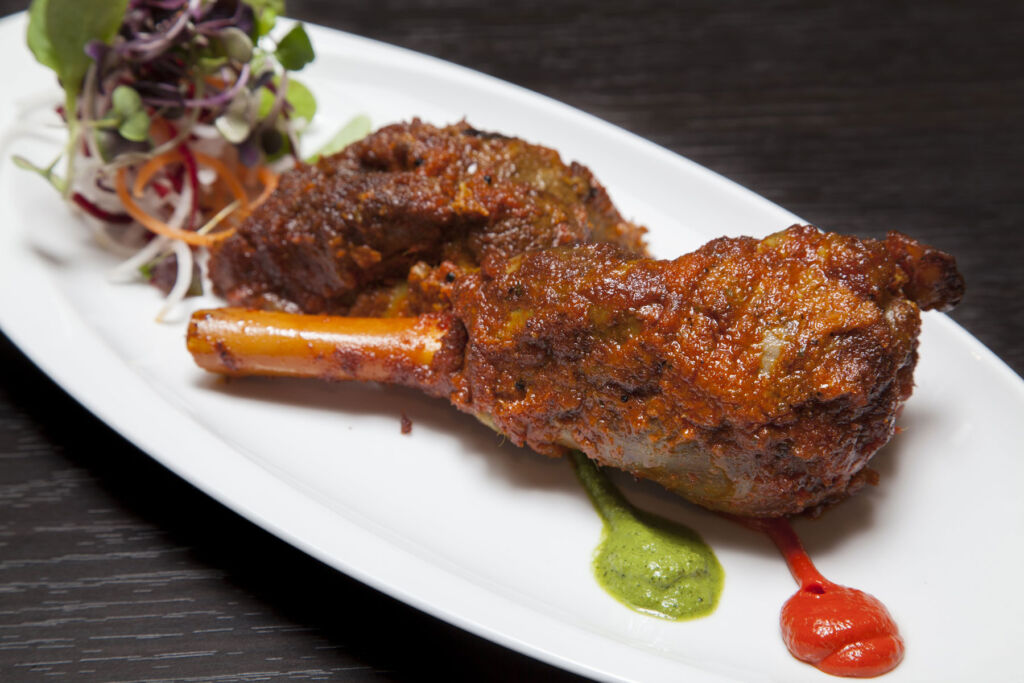 The portions were generous and easily enough for two, but as I was dining solo, I asked the leftovers to be packed up to take so I could round off my meal with something sweet.

There’s just one sweet treat on the brunch menu in the form of saffron rice pudding with Gulab jamun (sweet dumpling). It was simply delicious and could have easily been prepared by my own mother’s expert hands.

I completed all three courses, and it was a hat trick as far as I am concerned for Rajesh and his team. The benchmark here is so high that I know I’ll struggle to find another Indian that can rival it.

Like most businesses operating in the hospitality industry, Grand Trunk Road was hit hard, so they started to offer takeaway. But it was no easy feat as Rajesh and his team had to change the menu as most of their fine dining dishes don’t travel well. However, Rajesh and his team needn’t have worried as it was a roaring success. The day restaurants could open for deliveries, they had 174 orders and ran out of food. Now that is not just a sign of a good Indian restaurant but an excellent one.

Grand Trunk Road – Where and How?

The Grand Trunk Road Brunch Menu is available on Saturdays and Sundays from 12 pm to 2:30 pm, priced at £29.50pp (£45.00 for the Bottomless option, 90-minute cap). Grand Trunk Road is at 219 High Road, South Woodford. For reservations, visit www.gtrrestaurant.co.uk. 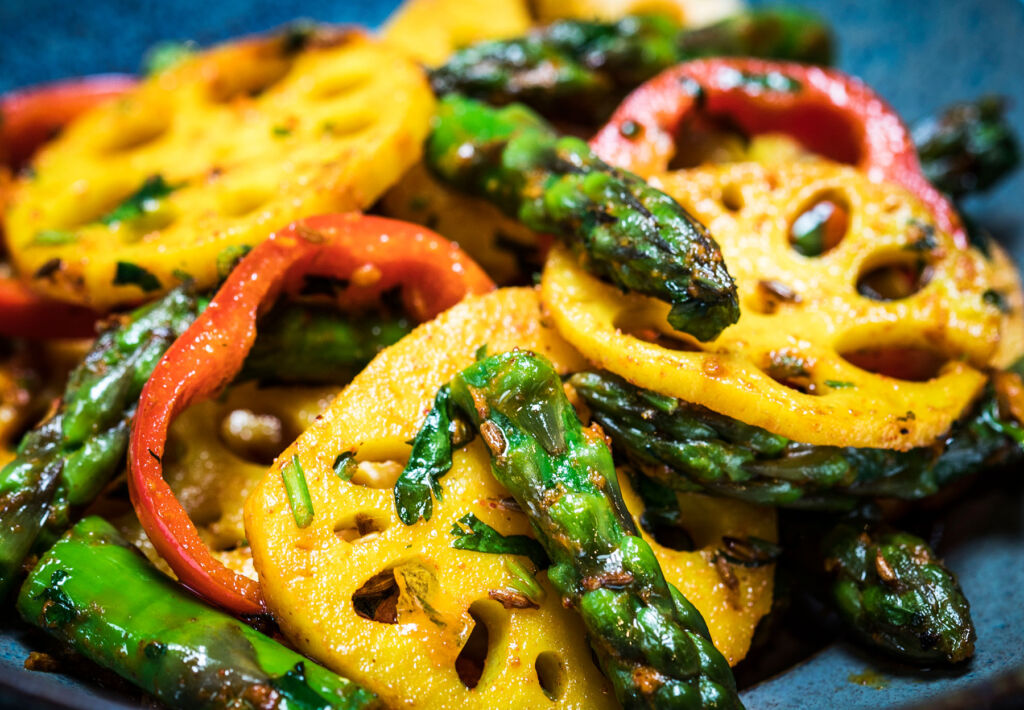