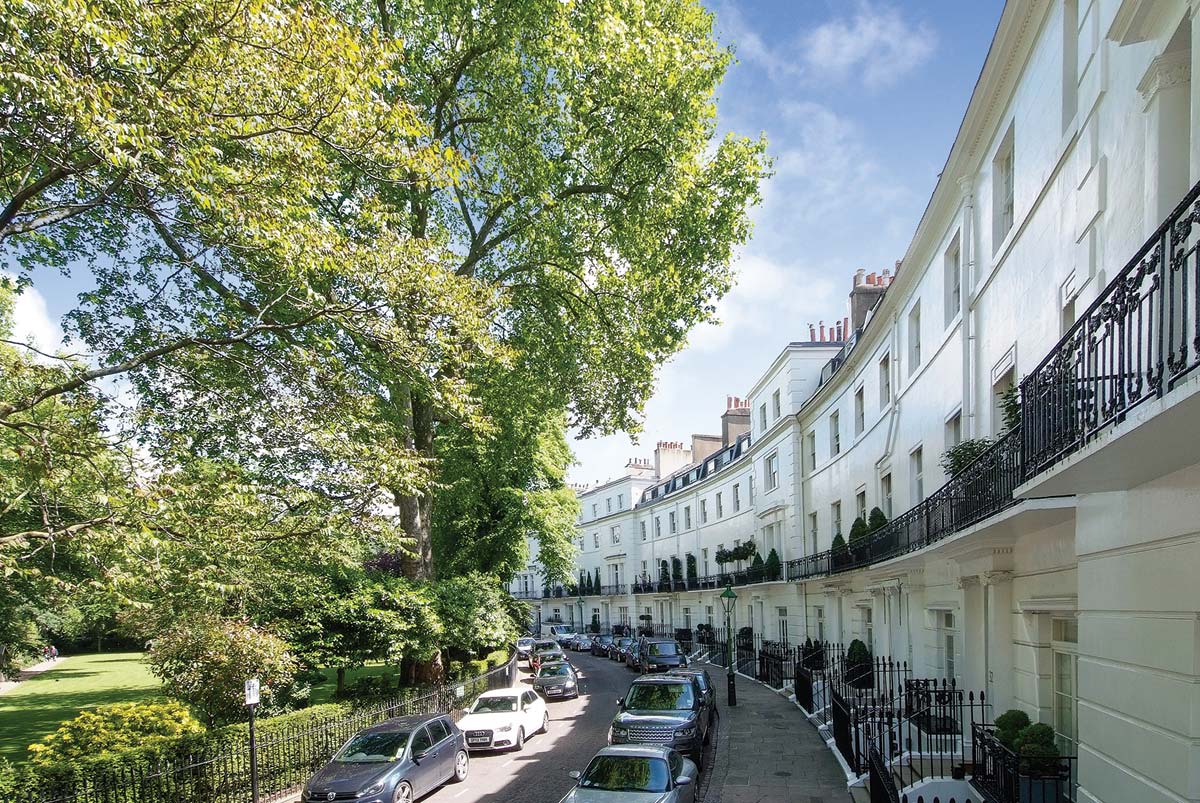 Proximity to Harrods is a key driver of the sales price in the Knightsbridge market and increasingly so for lettings. Whilst the property market has cooled significantly in parts of London the average £ per sqft prices for residential properties located close to Harrods have increased over the past three year period.

Impressive property values and stable prices in both the sales and lettings market indicate that Knightsbridge retains its enduring appeal as a ‘safe haven’ and one of the most sought-after places to live in Central London. A new report – The Harrods Effect – published by Harrods Estates, reveals that, despite greater economic and political uncertainty in recent times, there has been little sign of any diminution in the premium paid for property close to the Harrods department store. 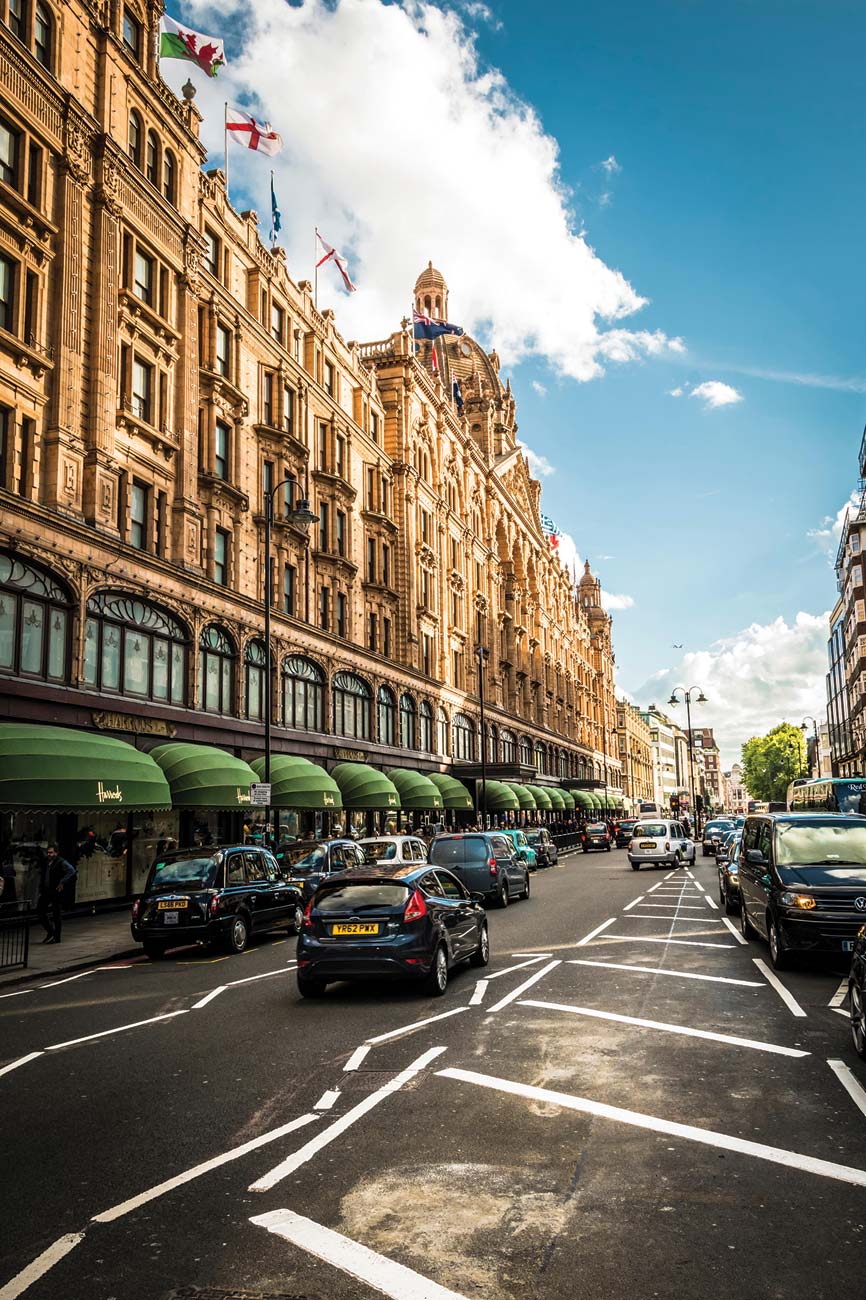 With analysis supplied by Dataloft, the leading market intelligence group, and Harrods Estates in-house research, The Harrods Effect report outlines a close correlation between the price of property and proximity to Harrods.

The report reveals that the majority of Harrods Estates clients who want to live in Knightsbridge typically ask to be no more than a short walk from Harrods. Many buyers and tenants are already Harrods customers and cite the convenience of living next to Harrods as being the main reason for their choice of location. Residents of Knightsbridge living close to Harrods have over one million square feet of retail space and the world-famous Harrods Food Halls on their doorstep.

For many Harrods Estates customers, the area immediately around the Harrods department store is seen as the most exclusive and prestigious location in Central London in which to live, with the store a magnet for discerning shoppers from around the world, among them celebrities, Royalty and VIPs. The neighbourhood within 15 minutes walk of the store is bordered by South Carriage Drive/Hyde Park to the North; Exhibition Road, from Hyde Park to South Kensington Station, to the West; Pelham Crescent to Sloane Square Station to the South; and Eaton Square Gardens via Belgrave Square to Hyde Park Corner to the East.

The price premium within the Harrods neighbourhood rises the closer a property is located to Harrods. A property within 5-10 minutes walk of Harrods has an average £ per sqft of £2,228. But for a property within five minutes walk from Harrods, the average rises to £ 2,598 per sqft, which is a staggering 116% premium compared to average prices in Prime Central London as a whole, and a 20% rise in values when compared with 2011-2013.

Harrods Estates also analysed the sales performance of prestigious new and contemporary multi-unit residential developments within the neighbourhood surrounding Harrods and compared these to period apartment blocks. The highest achieved price for a new development was £6,474 per sqft compared to £3,170 per sqft for a period mansion block.

The analysis found the average achieved price for all properties sold in Knightsbridge by Harrods Estates between Q2 2013 and Q2 2017 was £3,256 per sqft and the average discount to asking price was 5.7%.

It is not just across the sales market where there is a clearly identifiable ‘Harrods Effect’ on sales values for properties in the immediate vicinity of Harrods: values within a five minute walk of Harrods also reflect a clear premium in £ per sqft rental values as well as absolute rents in the best developments.

According to Dataloft the average price of a property let within a five minute walk of Harrods was £1,728 per week between 2014-2016, 133% higher than the Prime Central London average (£741 per week), with properties let within a five minute walk commanding a premium of 40% compared to all properties let within a 20 minute walking time (£1,232 per week). Harrods Estates own lettings data for Knightsbridge and surrounding areas shows average weekly rents have achieved in excess of £2,500 per week for long lets during the past three year period.

The research found that high profile ultra-prime apartment buildings have attracted premium rental values, with in some cases minimal discounts between asking and achieved prices. The quality of the pool, gym and spa facilities, residents lounges, cinema and conference rooms, are a powerful attraction for tenants.

One Hyde Park has attracted average rental values of approximately £9,900 per week: significantly higher than any other building and equating to an average of £209 per sqft per annum. 199 The Knightsbridge and Lancelot Place achieved average weekly rental values of £3,807 per week and £4,316 per week respectively. Trevor Square showed average rents of £3,163 per week despite achieving similar sales prices to these other buildings, which may reflect its lack of health and leisure amenities.

Of 55 properties sold by Harrods Estates in the Harrods neighbourhood over the past three years, approximately two thirds were bought for own use either as primary or secondary residences UK and EU buyers make up an important part of the market, but compared with the period 2008 to 2012 there have been fewer sales to Russian or Commonwealth of Independent States (CIS) buyers. More recently there has been an increase in Indian and North American buyers. Overall the profile of purchasers reveals a mix of new entrants to the Knightsbridge market and existing residents moving home within the neighbourhood, some of the latter are downsizers but many are upgrading to new buildings.

Of the 85 lettings analysed, the largest group of tenants were from the UK and EU, with the next largest group originating from the Middle East. North Americans accounted for a significantly higher proportion of lettings than for sales in this location over the same period. Russian/CIS, Chinese and Australian tenants are also represented. 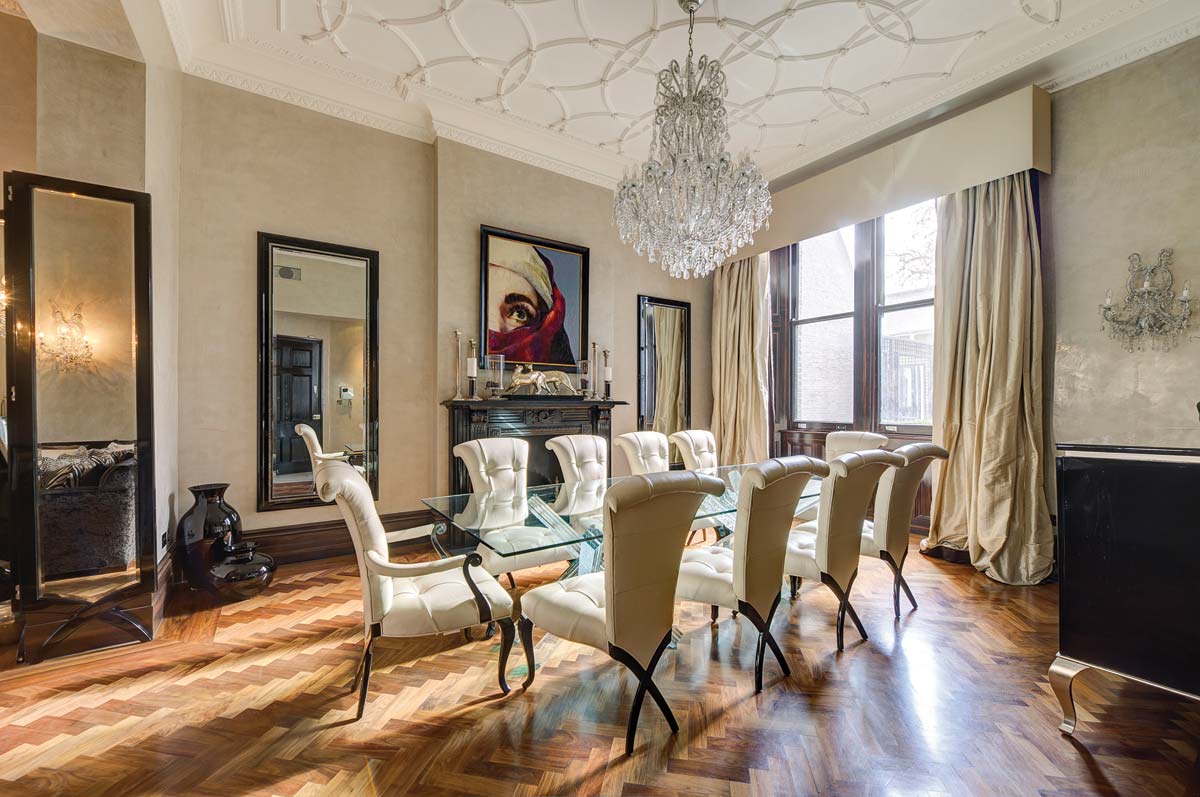 Simon Barry, Head of New Developments at Harrods Estates says: “This report shows that Knightsbridge retains its enduring appeal as one of the most sought-after places to live in Central London. In times of economic and political uncertainty, it has remained a ‘safe haven’ with little sign of any diminution in the premium paid for property close to Harrods, even though the Prime Central London market has cooled since 2014. Not only does the global cachet of Harrods appear to have a significant influence over local property values, but living within easy walking distance of London’s largest and most famous department store is considered by many to be the ultimate luxury. Demand usually exceeds the small supply of property at any given time and continues to support sales and lettings values, with consistently low discounts between asking and achieved prices. Outside London, the quality and range of local shops in villages and market towns are widely acknowledged to have a distorting effect on local house prices and this report shows a parallel ‘Harrods effect’ in the heart of Knightsbridge. Homes within the immediate vicinity of Harrods and especially those close to Hyde Park achieve a considerable premium – whether for sale or rent.”

Simon Barry continues: “Sales by Harrods Estates in Knightsbridge have achieved an astonishing average in excess of £3,250 per sqft during the period 2014 to 2016. Also of considerable interest to both end users and investors is the fact that Harrods Estates own sales data reveals the average discount between asking and achieved values has remained below 6% over the past three year period of 2104 to 2106, despite evidence of much heavier discounting in other locations. This suggests there has been a realignment of prices with buyers and sellers expectations.”

Simon Barry observes: “The lettings market in the Harrods catchment area is extremely strong. As with sales, rental values within a five-minute walk of Harrods show a strong premium. Harrods Estates own lettings data for Knightsbridge and surrounding areas shows average weekly rents achieved in excess of £2,500 per week for long lets during the past three year period. But the most prestigious buildings 199 The Knightsbridge, Lancelot Place and One Hyde Park have commanded exceptional rents averaging £3,800 per week, £4,300 per week and £9,900 per week respectively. This reflects not only the willingness of tenants to pay for residential developments with 6-star hotel style amenities and services, but also the cachet of living in Knightsbridge with Harrods on the doorstep.”

The impact of the world famous department store on its immediate neighbourhood shows no sign of diminishing, highlighting how Harrods is a key and integral part of the local community. Commitment to excellence and quality, combined with recent developments in the Food Hall to strengthen its fresh produce offer will increase further the importance and appeal of the store both locally and further afield.

For a PDF copy of the new report, or for details on homes for sale, letting or new developments contact Harrods Estates on Tel: 0207 225 6508 or visit www.harrodsestates.com