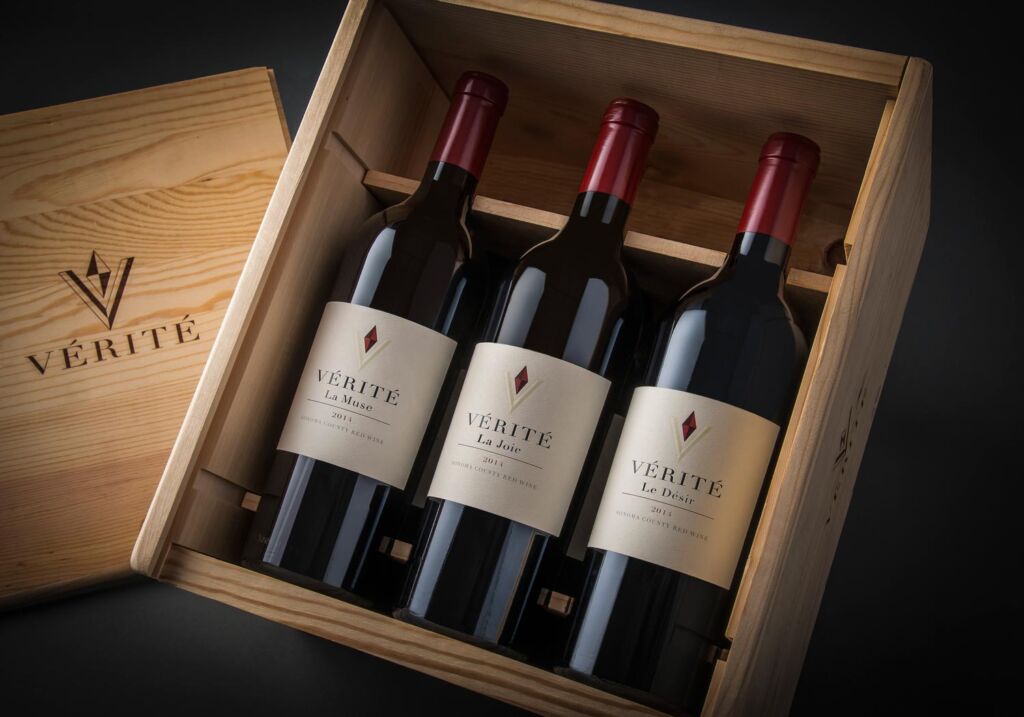 Old World meets New World with this iconic, Californian red wine that has the trade falling over itself to taste it. Helena Nicklin was lucky enough to try the range and hear the Vérité story.

If anyone asks me what my singular, favourite style of wine is after seventeen years in the business, I have a clear, albeit large-ranging answer: I adore wine made in an Old-World style from a cooler part of a New-World country. This often gives the complexity and depth of a European wine with an extra dab of fruit that makes it utterly irresistible.

Vérité, a wine brand comprising three core labels, is the result of a love affair with the finest wines from Bordeaux (Old-World) and the sumptuous, silky terroirs of California (New-World), so is the perfect example of what this can mean for wine.

An ambitious question for wine
Owned by Jackson Family Wines, a large, family-owned business with a stable of esteemed estate-based wineries all around the premier grape growing regions of the world, Vérité was founded by the late Jess Jackson, whose career spanning over thirty years was dedicated to producing the very best wines from Californian terroirs. During one of his many visits to France in the 1990s, Jess met renowned Bordelais winemaker Pierre Seillan (below) and the two became great friends. 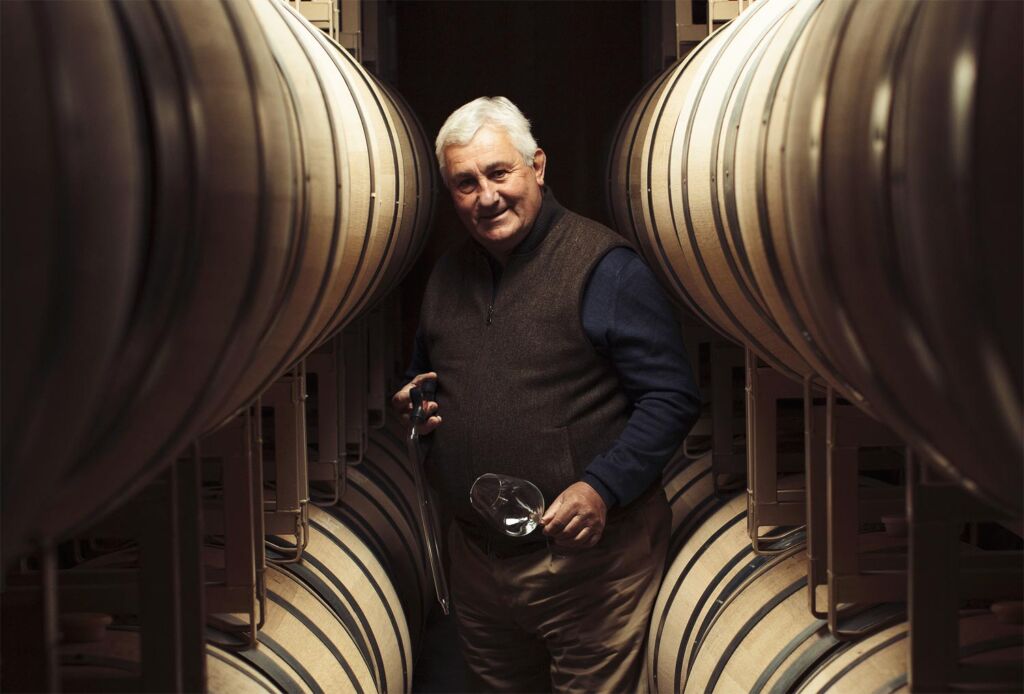 Pierre was invited out to visit California and was so impressed by the land Jess showed him, the two began to ask themselves a rather ambitious question: can Sonoma County produce a Merlot that’s as good as Bordeaux’s most famous, Merlot-dominated wine from Pomerol? That would be Petrus; a world-famous, rare wine that retails for upwards of £1,500 per bottle – if you can even find it.

‘Perhaps’, they thought and in 1997, Jess invited Pierre to come and join him in California to realize their dream and create what would become Vérité: a modern, icon wine from California with a French name meaning ‘truth’. 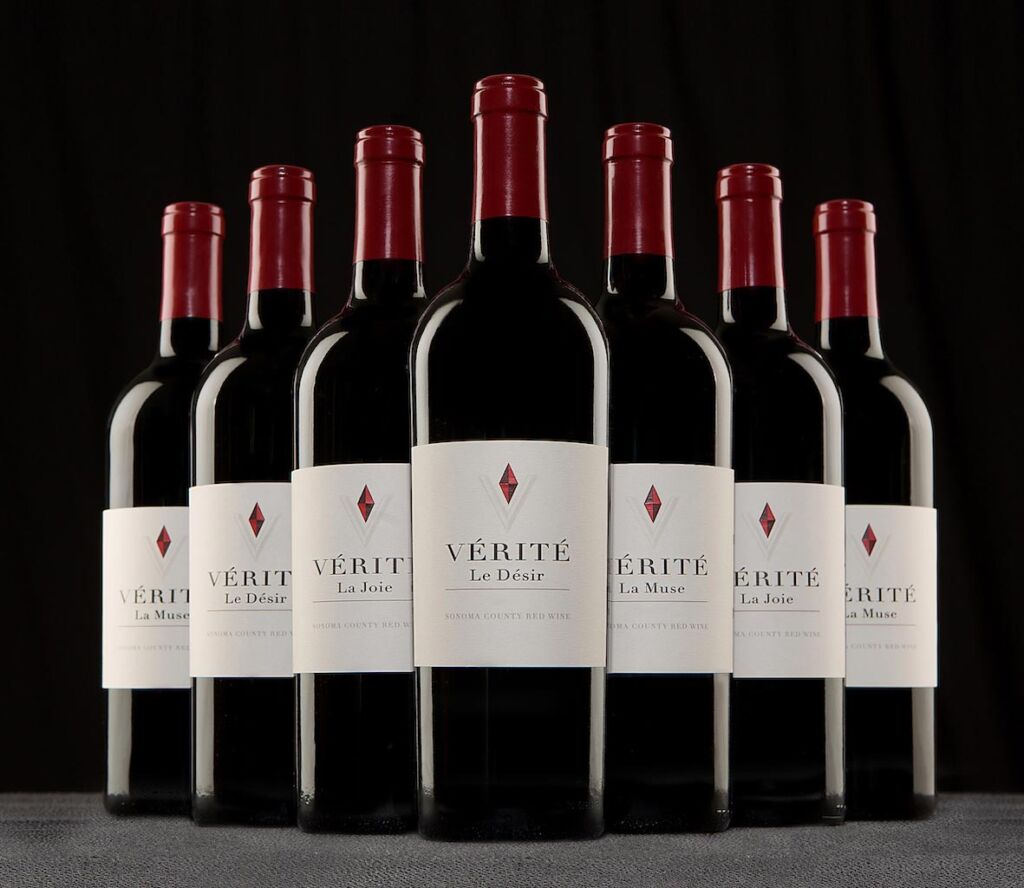 Vérité – La Muse
Vérite began, of course, with a Merlot. Named La Muse (The Muse), it is a soft, elegant Merlot with a depth of flavour and gentle power that belies its velvety texture. If it were an animal, they, say, it would be a swan. A ‘vinalogy’ at its best. Two other wines now join La Muse, each of them a homage to two other great Bordeaux red wine styles:

Vérité – La Joie
The Yin to La Muse’s Yang, La Joie is Cabernet Sauvignon-focussed; the grape famous in Bordeaux on the gravelly left side of the river, opposite Pomerol on the clay-heavy right bank. Meaning ‘Joy’ in French, La Joie is the ‘thoroughbred’ of the trilogy, exuberant and impressive, with extraordinary power that can be tamed to perfection with a little age.

Vérité – Le Désir
Exotic, graceful and precise, like the slow movements of a geisha, Le Désir (Desire) harnesses the best that the Cabernet Franc grape can offer, taking with it to California a distinct note of graphite and a cool, mineral core along with its captivating aromas. With so many subtle, elegant layers of complexity that open up over time, Vérité describe this wine themselves as a musical symphony.

Something in the soil
Having seen a room full of jaded old wine folk literally swoon when tasting all three wines (and having done so myself), the cynicism disappears. With the right amount of age, at the right temperature and the right amount of decanting, these wines are pretty much unbeatable, in my opinion.

When we asked what the magic formula was, we were told ‘c’est la droit du sol’; it’s ‘the right of the soil.’ This philosophy of Pierre Seillan’s has always been to let the wine express the natural terroir of where the grapes are grown.

He says, “Every hillside, every elevation and every aspect offers us a different micro-cru. The pure expression of these unique sites has from the beginning defined our winemaking philosophy.” 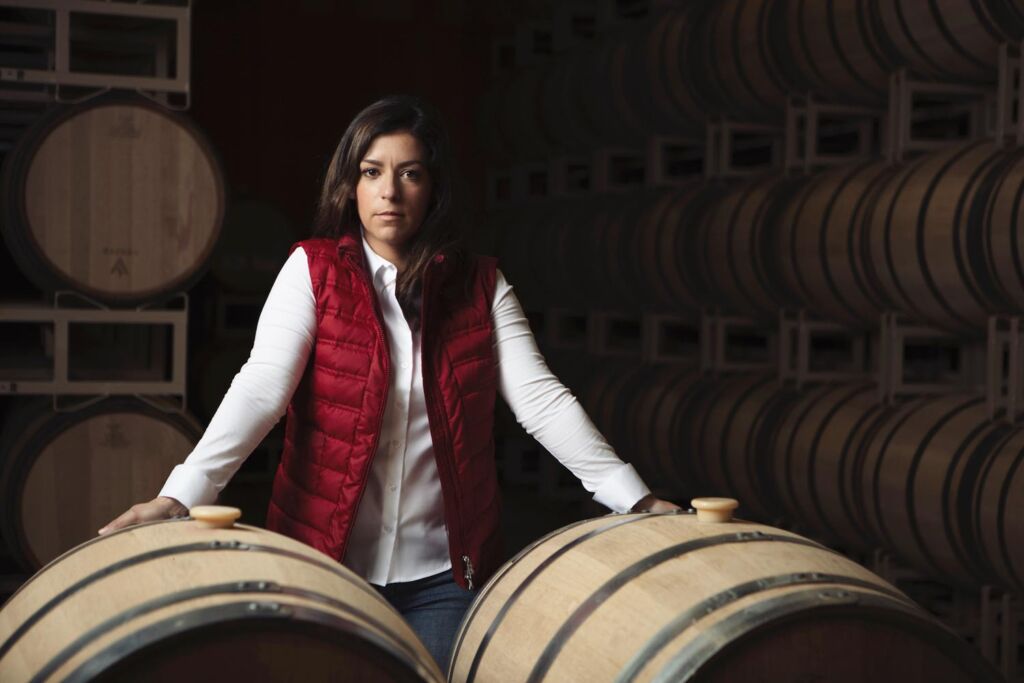 Together with his daughter, Hélène Seillan, Pierre carries this with him through every element of winemaking, from vineyard site selection to blending the wines and choosing the barrels.

His mosaic of more than fifty ‘micro-crus’ are the key to the extraordinary palate of aromas, textures and flavours that make up the Vérité wines. 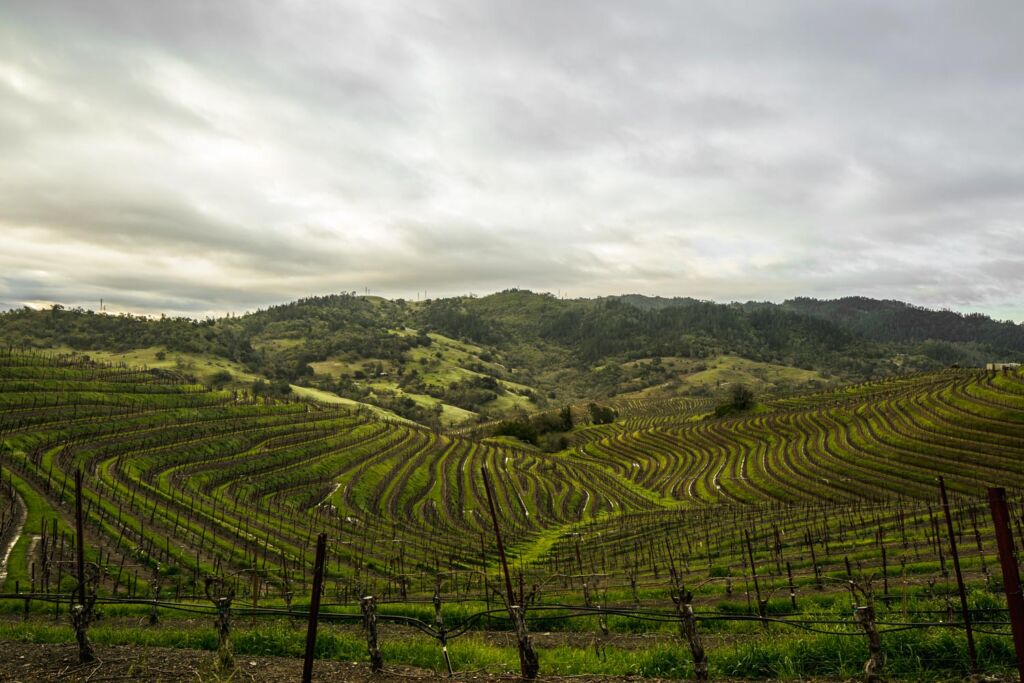 Vérité – Where and how?

If you want to taste a masterclass in winemaking, look no further than this exquisite trilogy of Californian reds with a European soul. You can find them at Hedonism Wines from £244 a bottle.