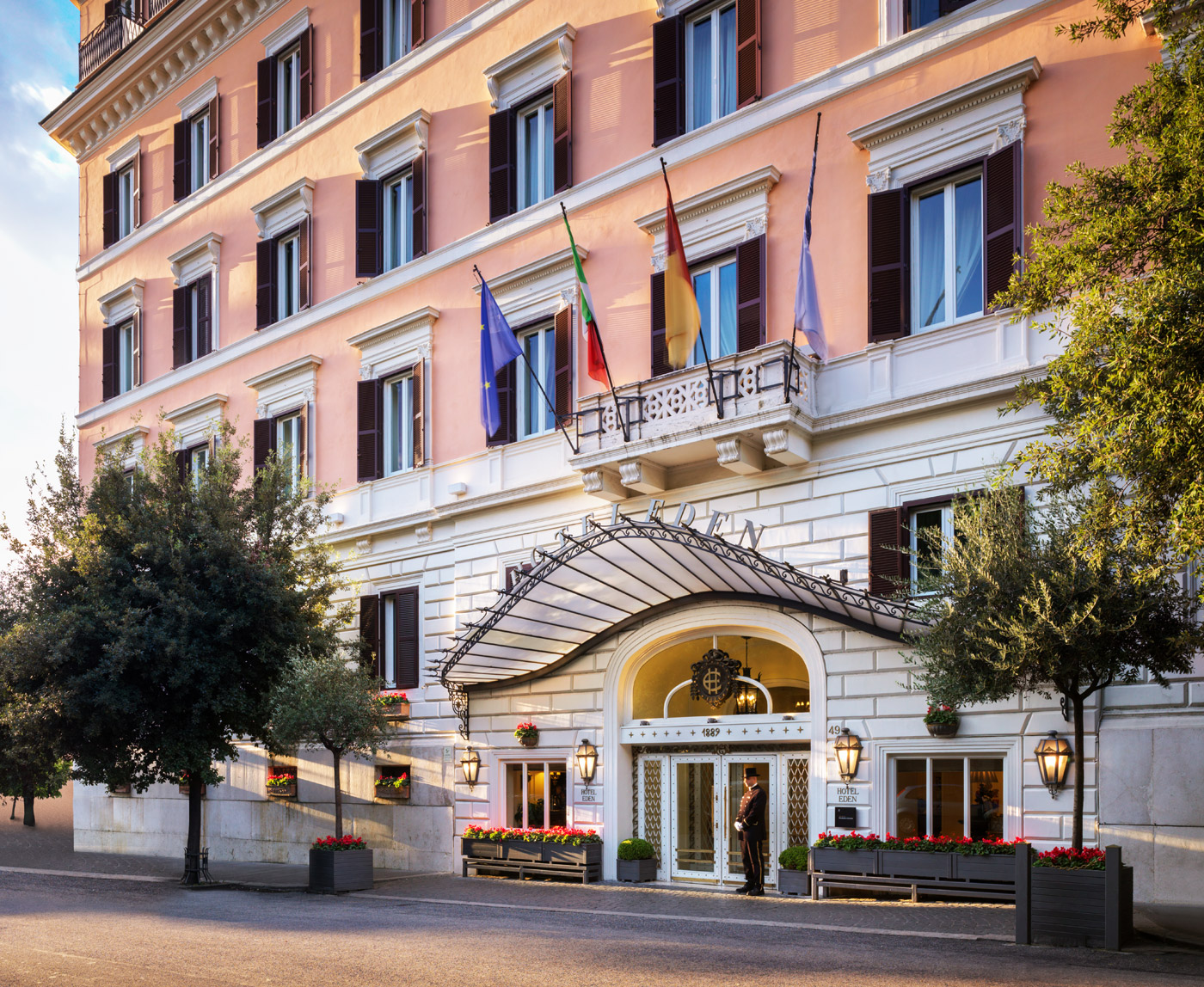 We take a look at the new offerings launched to mark the 130th anniversary of Rome’s luxurious Hotel Eden, which today forms part of the renowned Dorchester Collection.

Hotel Eden has had a colourful past. At one time, it was used as the headquarters for Britain’s military command after the Second World War. It’s position, elegance and interesting history was likely one of the main reasons Munich-born hotelier Francesco Nistelweck fell in love with it.

It has become a coveted meeting place for international film stars, royalty and visitors alike. Guests included King Alfonso XIII of Spain, Tom Cruise, Nicole Kidman, Ingrid Bergman and her husband, film director Roberto Rossellini. Also, Sigmund stayed at Hotel Eden during his trips to Rome, and Belgian cartoonist Herge, creator of Tintin, left a comic book of ‘Tintin and Snowy’ as a gesture to thank the staff for taking care of him.

Hotel Eden also boasts a world-first, it was the first hotel to feature a lift. In addition, it was also a pioneer in offering electricity, heating and running water for its guests. Thanks to its closeness to the Termini railway station, it soon became a favourite destination for those visiting Rome.

Over the years, additional floors were added. The terrace was initially used to dry the hotel’s linen and tablecloths, but in the 1960s, it was transformed into the famous rooftop, providing breathtaking views of the Eternal City. In celebration, the luxury property has launched several new initiatives, including a unique cocktail, a signature dish and a spa ritual.

Royal Eden Cocktail: Silvio Favot, the renowned former Bar Manager of the Hotel Eden,  created a unique recipe for the former King of Greece, Constantine II, this drink, in turn, became a favourite of the Queen Mother Frederica.

The ingredients remained secret until recently, and now Il Giardino Bar has unveiled the celebratory cocktail created according to the original recipe, which uses vodka, dry vermouth, Campari, tonic water and drops of orange bitter. The price is €24 per glass.

Octopus and celery: This is a dish that has long been a tradition at Hotel Eden. Executive chef, Fabio Ciervo, rediscovered the recipe amongst the hotel’s historic menus and has today interpreted the dish in a contemporary version at the Michelin-starred La Terrazza restaurant. The set menu starts at €100 per person.

Il Giardino dell’ Eden Spa Ritual: In 1889, the year Hotel Eden opened, Italian writer Gabriele D’Annunzio, who stayed at the hotel, published ‘Il Piacere’. To celebrate this masterpiece, The Eden Spa has created a ritual in collaboration with Mei: 130-minute treatment – a sensory journey with fig fragrance and essential rose and jasmine oils. The therapy is €495.

Hotel Eden in Rome – Where and How?

Hotel Eden is at Via Ludovisi, 49, 00187 Roma RM, Italy. For more information, or to make a reservation, visit www.dorchestercollection.com/en/rome/hotel-eden.