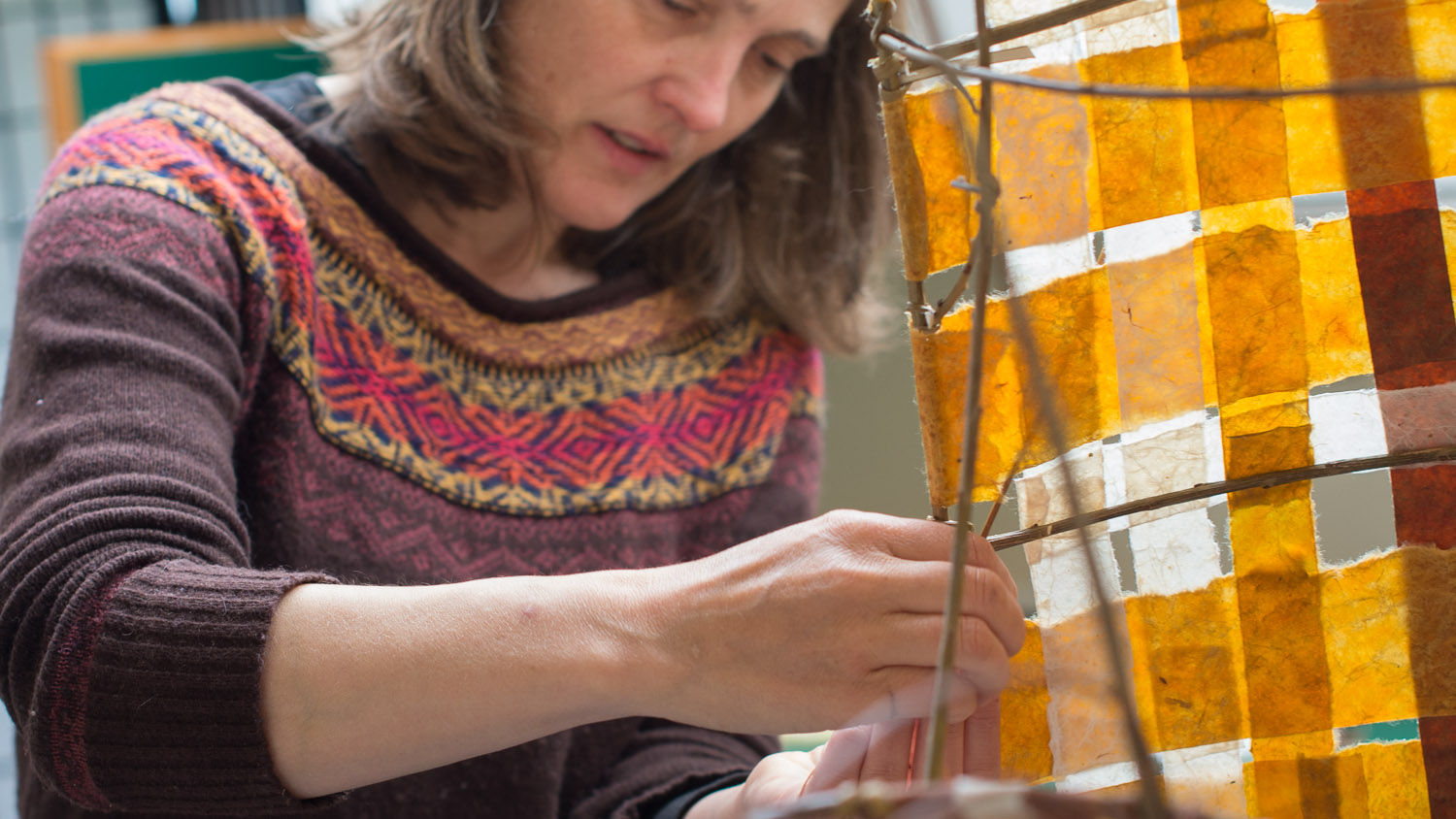 Georgia Crook is an artist based in the highlands of Scotland on the beautiful banks of Loch Tay. Her striking yacht mobiles, measuring up to an impressive two metres long, have won her considerable acclaim

In this interview, Georgia Crook tells Zoe Bing what drives her to produce such spectacular pieces.

LM: Your mobiles are very striking? What gave you the inspiration?
GC: I love maritime images as cultural symbols and I love the idea of things floating off into the distance. It just triggers my imagination. It was a case of using the techniques I am familiar with to exploit these ideas. 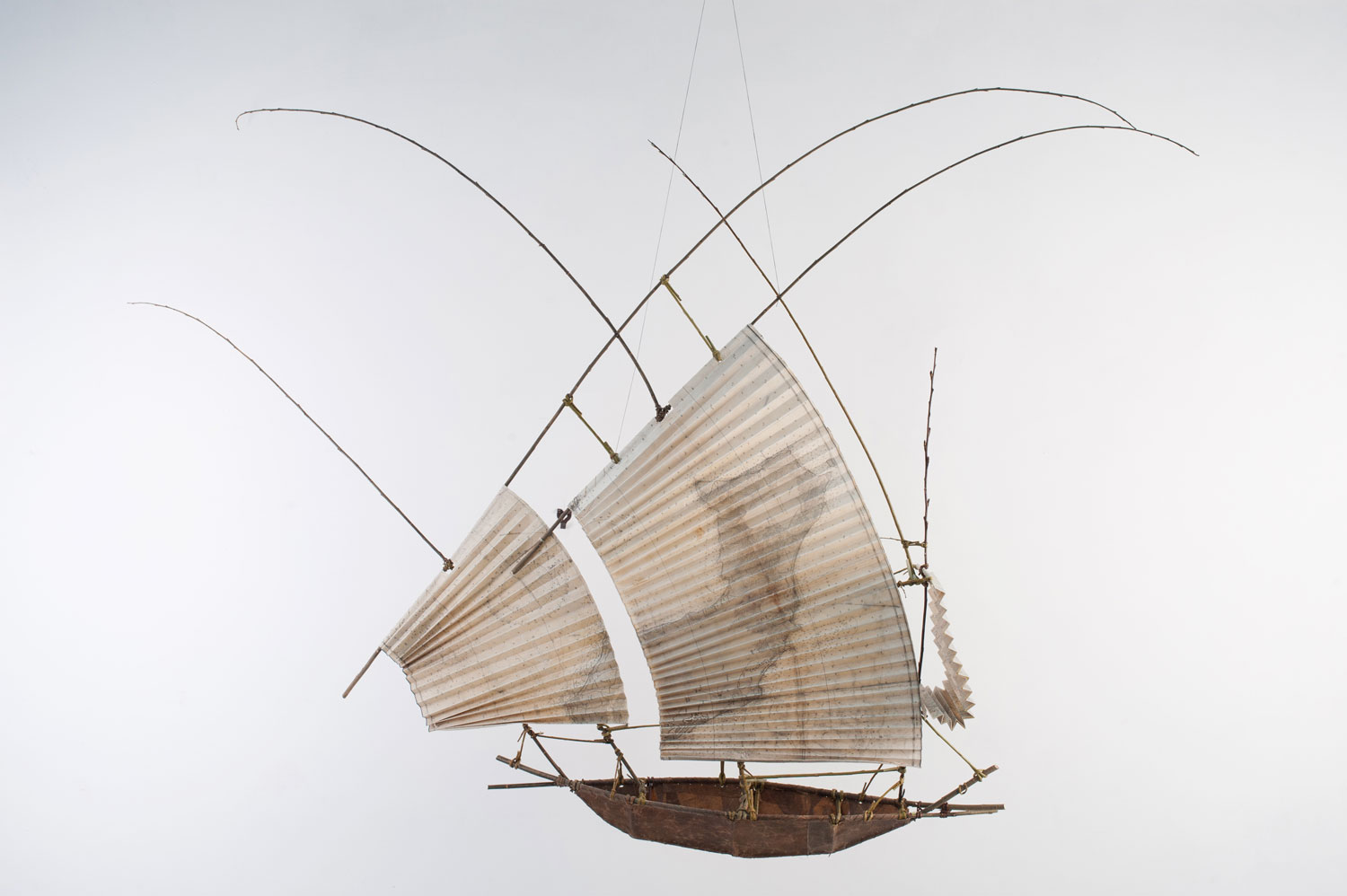 LM: What sort of materials do you use?
GC: I use a mixture of materials, mainly willow and paper, but also sometimes, linen, wax, stone, metal and clay. I have a coppice here at the workshop in Perthshire, where I grow my own willow, and sometimes I make my own paper depending on whether it’s needed in the project. Otherwise, I use fine handmade and hand-printed papers or maps and music scores which I embellish and make my own.

LM: They are beautifully intricate. How long does it take you to make them? 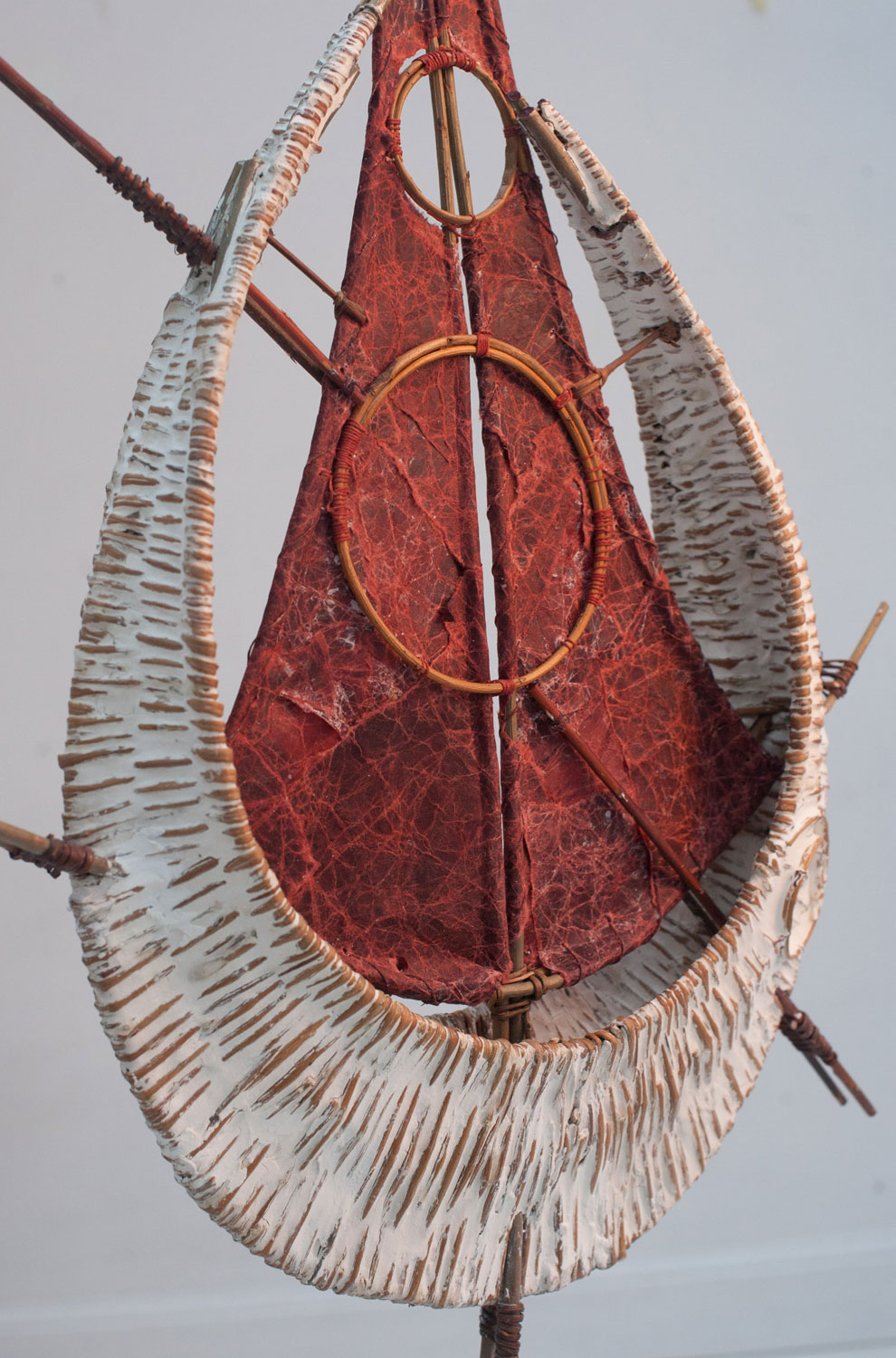 GC: Well, how long is a piece of string?! This is rarely predictable since I rarely make identical items. Usually, each piece is individual so it requires its own ‘thinking time’. Life would be so much easier if I could make the same thing over and over, but unfortunately this plan always goes wrong! I am continually developing my work, so it always takes longer than it really should!

LM: What techniques do you use?
GC: I use a mixture of traditional and home-made techniques. I have quite a bit of experience in the traditional crafts of willow-work and book- binding, so in the case of the boats, it’s an easy crossover. I have also spent quite a few year getting experience in other traditional and contemporary crafts and art form, which I combine regularly in the work I produce.

LM: What’s your favourite one so far?
GC: My favourite work is always recent work. One idea leads to another. When it’s fresh, it’s always great. 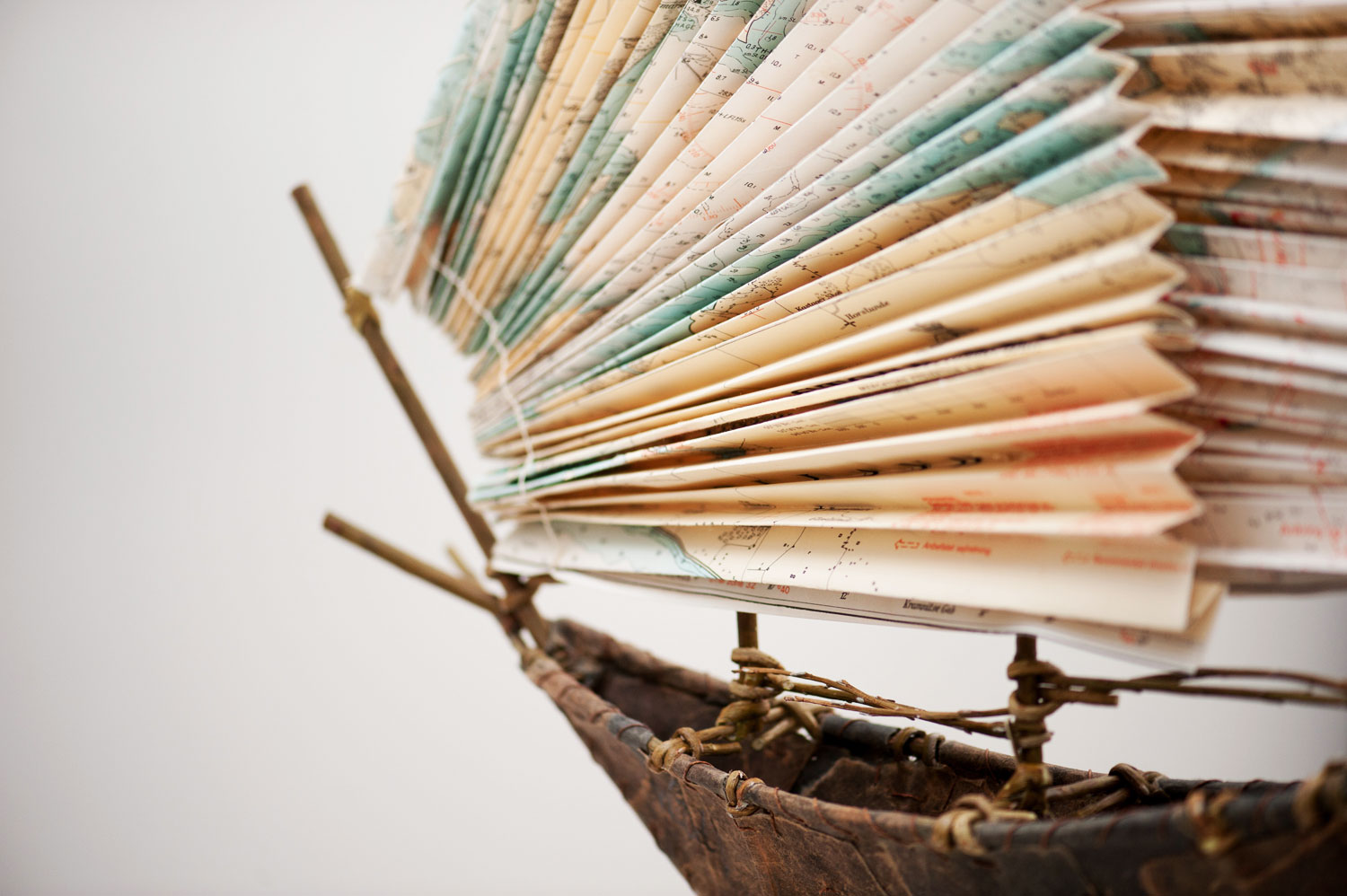 LM: Apart from the sailing ships, do you make other kinds of mobiles or artworks?
GC: Yes, I do a lot of work inspired by natural history and landscape. Organic forms are also a natural draw for me. I am working on a series called ‘Colonies’ at the moment which draws upon nature’s perfect forms and repetition.

LM: What’s your history? Where did you train?
GC: I am taught by my interests. I am an ‘accidental artist’. I wouldn’t have described myself as an artist until others did! At which point I said ‘Oh yeah! I suppose I do, do that job!’ I produced work which reflected my interests over time; gained experience by practice and learnt from meeting with other practitioners. I have had other jobs in the past, mainly in the cultural heritage sector. I have also lived many years on the coast, maybe that is also where the fascination with boats and the “where can they take you” element comes from.

LM: Who buys your work? 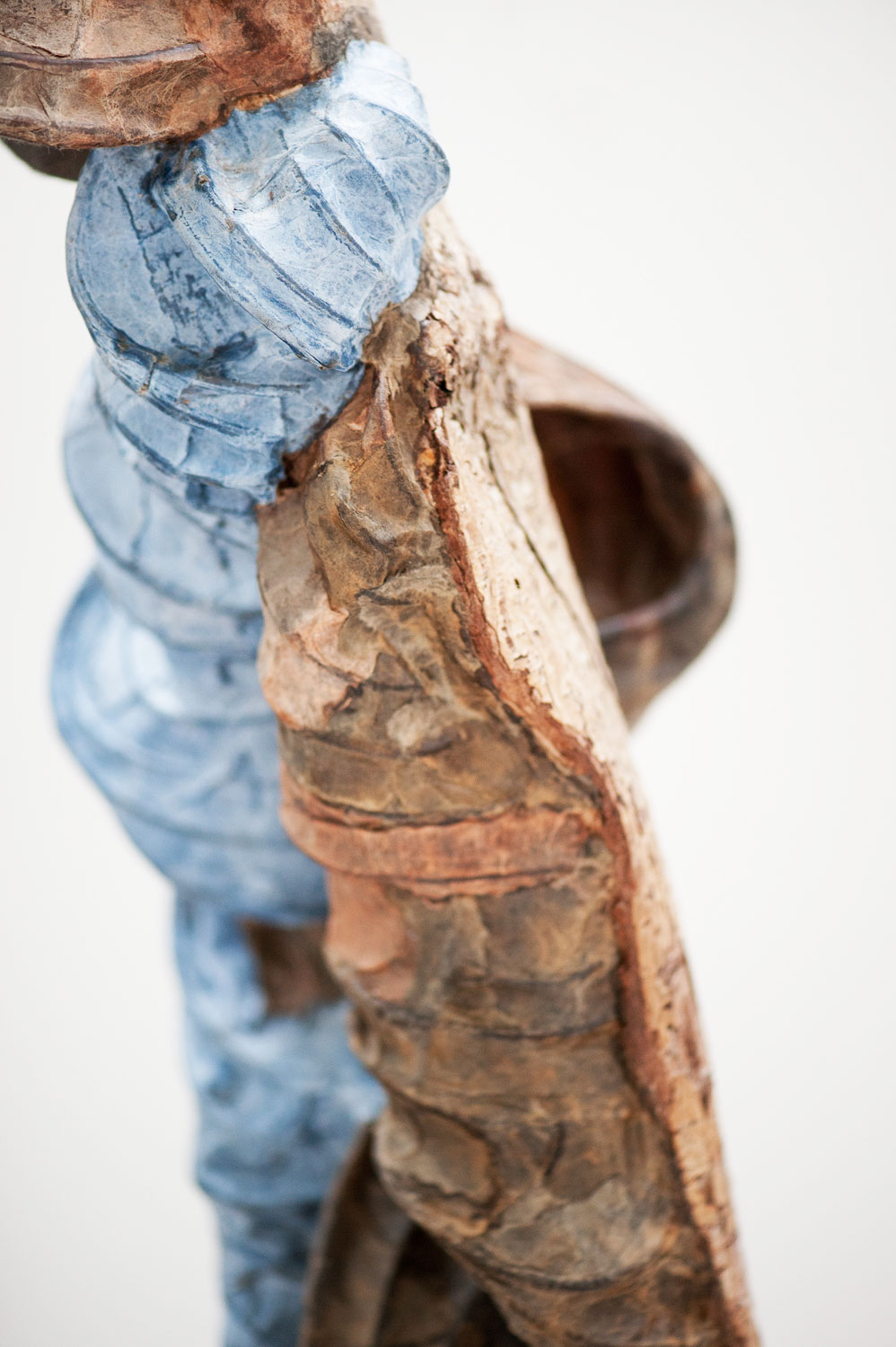 GC: Whoever gets inspired by the ideas contained within it I suppose! There are human sentiments and responses we all share, no matter who you are. Different pieces appeal more or less to different people of course. The limitations are space and money I guess. My average price range is £100-£500, sometimes more. Obviously the bigger the piece, the more space you need to accommodate it…not everyone has that. Even smaller pieces can be 1 to 2 metres tall. However, my work doesn’t use the usual places, such as walls. They usually hang in stair/lightwells and other natural ‘voids’ within a building.

LM: Any special commissions?
GC: Well, a few. I’ve got some pieces in interesting collections; including the National Museums in Edinburgh, Scotland’s capital city. I did a nice piece for the Royal Botanic Gardens in Edinburgh a couple of years ago based on a hive structure. You can go online and see me talking about it if you like! I’ve taken a bit of backseat since then though. We have been building a house at home.

LM: What are your plans for the future?
GC: I am always on the look-out for a new and interesting project. I’ll keep beavering away in the workshop (which I am going to HAVE to make bigger!), but interesting commissions are always good! I’d like to do a residency at some point soon. Maybe go abroad and mingle with some other artist/craftspeople. Got any good ideas?

Georgia Crook – Where and How?

For more information about Georgia Crook and her work, visit www.georgiacrook.co.uk. 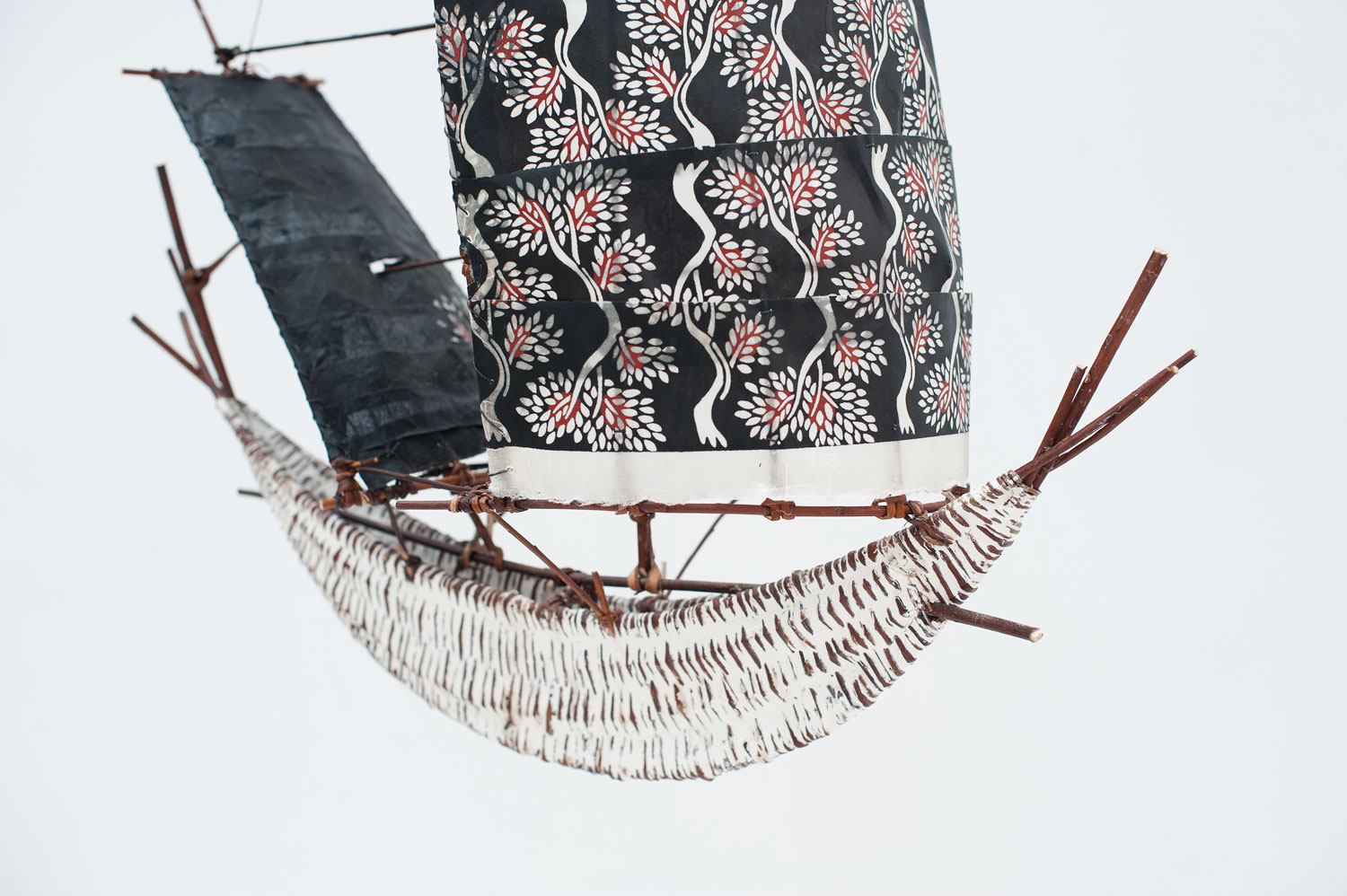