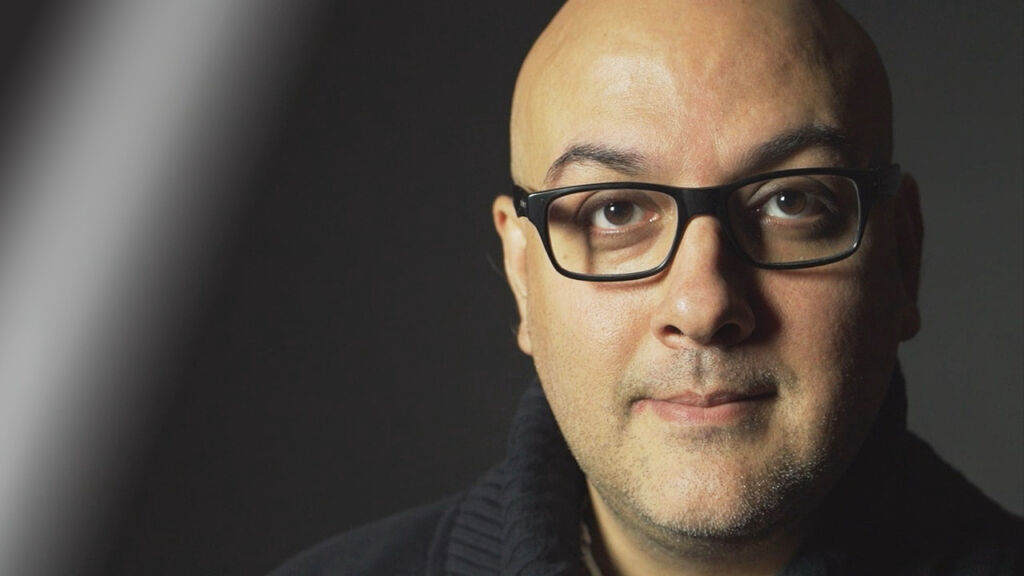 Manuel Llaser is an internationally renowned Magician who’s performed throughout the world from Hollywood to South America, most of Europe and Asia has now made his home in Kuala Lumpur, Malaysia.

Manuel has an incredible client list that includes Philips, Bang & Olufsen, Peugeot, Coca Cola, The World Ship, HRH Sultanah of Pahang, the Royal Family of Peyang Indonesia and His Excellency Sheik Gasan. We jumped at the chance to talk to him.

Hello Manuel, let’s start with some basic background information, where were you born and where did you grow up?
Manuel Llaser: I was born in Buenos Aires Argentina. I grew up in Buenos Aires with the exception of four years which were spent in Paraguay.

When did you first discover your love of magic?
Manuel Llaser: When I was five years old and following the footsteps of my Uncle “Alan” Alfredo Marchese (a professional Magician). I said to myself: “I know what I’d like to be when I grow up” a Magician!  At that age, most children want to be an ice-cream man or a fireman, but I didn’t feel any attraction toward those professions. Magic had already conquered my heart.

Every birthday my mother used to book me a magician. Those Poor magicians! I was running after them discovering all their secrets!  I even found that I was getting some strange feelings toward magic. It was as if some knowledge was being imparted to me from other lives.

Did anyone in particular influence you?
Manuel Llaser: Yes, many magicians influenced me. First and foremost, my Uncle Alan. Then Kartis (Enrique Karpineti), Michel y Greco, Adrian Guerra, Iñaki Zabaleta, Gustavo Guaragna and the Great Juan Tamariz with whom I worked with for six years during my European period. And many, many others too numerous to list.

How supportive was your uncle and did he share any of his secrets with you?
Manuel Llaser: My Uncle is the main reason I appreciate the skill of magic. He put the seed in my heart and he watered it with love and teachings over the years.

He didn’t want me to be a magician just because I saw him doing it; he wanted me to have an education, good formation. And he wanted me to love the magic, to desire it badly. He taught me all his secrets, he was so generous and in addition, played the role of a father to me.

At the age of twenty, I quit the university where I studied law and I moved to Europe to live with my Uncle and Work With Juan Tamariz. I worked with Juan for six years, travelling, performing and editing his magic books. I was one of the main teachers in Juan Tamariz’s school of magic for more than ten years. All these experiences were only possible because of my uncle Alan’s love and support.

What type of magic does Manuel Llaser perform?
Manuel Llaser: I perform stage magic, parlour magic, mentalism and close up magic. Also, I like a lot to combine magic and humour. It is an incredible tool to relax the audience and helps to make the atmosphere memorable.

What is your favourite magic trick you like to perform and why?
Manuel Llaser: One of the things I like the most is mind-reading because it has an incredible impact on the audience and you can do it anywhere with any object at any time.

Where is the most memorable place you have worked?
Manuel Llaser: Well, I’ve worked in many places during the past 15 years. I’ve performed in the air on a private plane and on the sea on several cruises. So many countries, hotels and exclusive Houses and residences. I’ve even performed at the biggest private Cruise ever, it was called “The World”. Here, I performed a show for the owner: His Excellency Shake Gassan.

I have also performed for many Royal families in Europe and in Asia. But the most important place for me was ‘The Magic Castle in Hollywood’. Is the most prestigious place on earth to perform magic. All the big celebrities in magic have performed there and I was honoured to be invited. If anyone is travelling to L.A they must visit The Magic Castle, but first, you’ll need a special invitation because is an exclusive club only for selected people.

When you started did you imagine that this career would take you around the world?
Manuel Llaser: Not at all. When I started I just wanted to learn magic and show it to my friends and family. I never expected such success. The Art of magic was very generous to me and has given me some unforgettable and amazing opportunities.

How much practice is involved in becoming a professional magician?
Manuel Llaser: Magic is a very difficult art. It requires the very best of you all the time. You need the dexterity of pianist, the versatility of an actor, the sensibility of a musician, the touch of a painter, the rhythm of a dancer, the attraction of a good movie, and the personality and charisma of a star!

I practice every day for five to six hours. But, magic is not only what you do, but it is also “who you are” and “what you have to say” to your public. I dedicate many hours to reading all kinds of literature (from philosophy to psychology, magic books and all kinds of magazines and publications) to enrich my heart. Don’t forget that the magic is for the pleasure of the eye and the enrichment of the soul.

What’s your view on whether magic is for the younger or older generation?
Manuel: Magic is for everyone! Adults, children, all react to the magic. I never ask myself if the magic is for adults or for children, the magic is for everyone. The question is: Are all the magicians prepared to perform for every kind of audience? I believe that magic is like coming back to childhood, breaking the logic, allowing the mind to rest and enjoy with the heart. This what I work for. Please leave all the preconceptions, all the daily problems, the worries, the responsibilities, and the role we were given outside, and enter my World: The magical world of Manuel Llaser.

Magic is huge worldwide with Magicians and Illusionists such as David Blaine, Kriss Angel, David Copperfield and Darren Brown performing to large audiences live and on the TV, do any other magicians influence the Manuel Llaser style of magic?
Manuel Llaser: If we talking about magic and TV, yes, of course, I have many influences. All the Artists you named are incredible and unique in one way or another. The first magician I remember on TV was the Magic Hand, a show in which you can only see two hands with white gloves and a dark background. They showed some magic and after that, they taught something.

Then, of course, David Copperfield has influenced me a lot. He changed the way of doing stage magic on TV. Juan Tamariz was my hero (and still is). For many years I followed his TV shows. He was one of the first magicians to do close up in real conditions.

The audience felt almost likes being there and the magic was of incredible quality, just amazing! Chan Canasta a polish magician who performs in the UK freaked me out with his mental magic. David Blaine revolutionized street magic. I have many, many influences, thank God! Following in their footsteps I’m participating as a special guest in ASTRO TV, combining magic, humour and football, please check [email protected]

What are you currently working on?
Manuel Llaser: Currently, I’m reading spiritual books. I’m learning that there is no end in the path to perfection. That’s why I’m always learning new magic tricks, rehearsing, trying to give my very best to my audience. At the same time, I’m performing at corporate dinners, annual dinners, private shows and on the TV. I’m also teaching magic not only to the public but also helping to train magicians. Among my students are the grandsons of the former Malaysia Prime Minister Dr Mahathir and His Excellency the Ambassador of Venezuela, Manuel Guzman.

Magic is the perfect entertainment for almost every type of environment if someone wanted to engage your services, how would they go about doing this?
Manuel Llaser: As you’ve just said, magic is perfect for any environment. From a small audience to a big crowd, the magic is the perfect entertainment to make the event unique and truly unforgettable. You can visit my webpage: www.llasermagic.com. And if you want to be my friend please add me at facebook under my name: Manuel Llaser. It will be my pleasure to assist you in creating an incredible event.