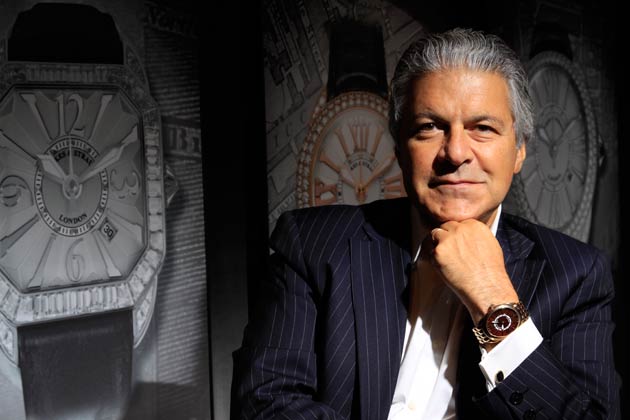 Backes & Strauss embodies all that Luxurious Magazine wants to see in a leading luxury brand, tremendous products, honesty, class and style. As long time fans of this wonderful jewellery brand, we excitedly jumped at the chance to ask Backes & Strauss CEO Vartkess Knadjian some questions.

LM: Thank you for taking the time to chat with us. You come from a prestigious watchmaking family, please tell us more about this and how it has influenced you.
VAK: You could say I was born into the watch business. Raised in Addis Ababa, Ethiopia, My father a ‘Maitre d’horlogere’ from the Geneva watchmaking school was the official watchmaker to the Ethiopian Emperor Haile Selassie for almost three decades. As a teenager, I would regularly accompany my father to meetings at the imperial palace, involving lengthy discussions about commissions of priceless timepieces.

LM: Backes & Strauss is the oldest diamond company in the world, tell us about how you became involved with the company.
VAK: British educated, initially at Kingswood School, Bath, I graduated from the London School of Economics with a BSc (Econ) honours degree in 1976, the same year I joined Backes & Strauss as a trainee. Within 6 years I was running the Antwerp office, taking the company from a small buying office to a major international diamond company. Becoming Managing Director in July 2001 I went on to lead a management buyout of the B&S Group in 2003. 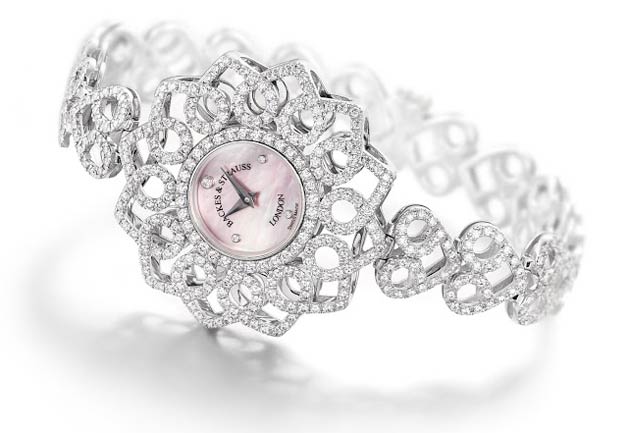 LM: 2003 must have been an exciting year for you leading the buyout of the company. What prompted you to take this step and can you remember your emotions at that time?
VAK:  By 2003 the diamond business was in flux and there were  major changes taking place with regards to rough supply and the distribution channel. I had the vision of gearing up on the History and Heritage of the company to launch a high end luxury brand. The buy out was stage one of implementing this vision which soon followed in 2006 by the launch of the Backes & Strauss watch brand.

LM: During your time with Backes & Strauss, what are some of your favourite pieces created by the company?
VAK: The pieces I am the most proud of belong to the royal collection. 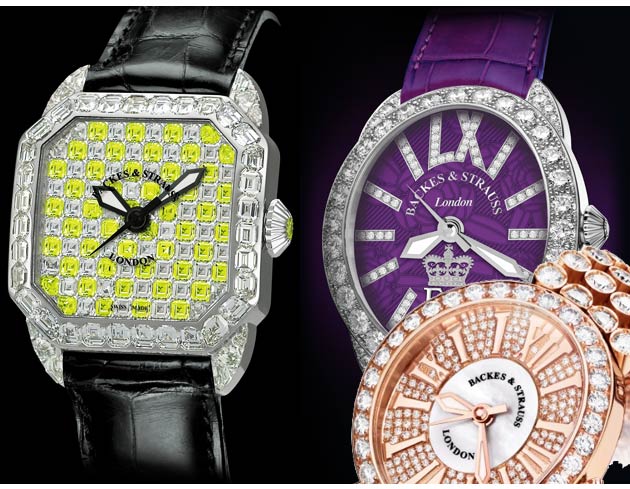 The first piece I will always remember is the Berkeley Imperial. I began collecting very rare lime diamonds. I set myself the challenge of assembling enough stones to line an entire watch dial. After two and a half years we only had enough to set half a dial, so I relented and created the Berkeley Imperial, a one-of-a-kind watch, interspersing the lime diamonds with white ones. Every diamond was re-polished to fit into the dial, while safeguarding the lush lime colour in the process. A Japanese client bought the watch just two hours after it was released from the workshop.

The second one would for sure be the birth of the Princess collection.

Each princess watch is a beautiful piece of jewellery, designed and crafted by masters. The unique skills of the watch maker, diamond polisher and jeweller have combined to create a fluid, strong, flexible hand crafted masterpiece. The bracelet is a true masterpiece of engineering. Each link is hand made; each diamond is handset individually and then joined together with the same exactitude and skill that goes to produce a Backes & Strauss watch. This elaborate but simple design, reminiscent of Backes & Strauss jewellery from the Victorian age has been restyled in a totally modern and practical way to enhance the glamour, strength and beauty of this Royal.

Backes & Strauss were kindly granted permission by the Lord Chamberlain’s Office in Buckingham Palace to use her Majesty’s Royal Cypher in the design of this unique and historical watch collection. One or two rows of diamonds surround the Royal purple dial base of lacquered English roses, set with the Royal Cypher and diamond set Roman numerals – LX (60) in diamonds at 12 O’Clock. We only crafted 60 pieces and each piece represented one year of Her Majesty’s reign.