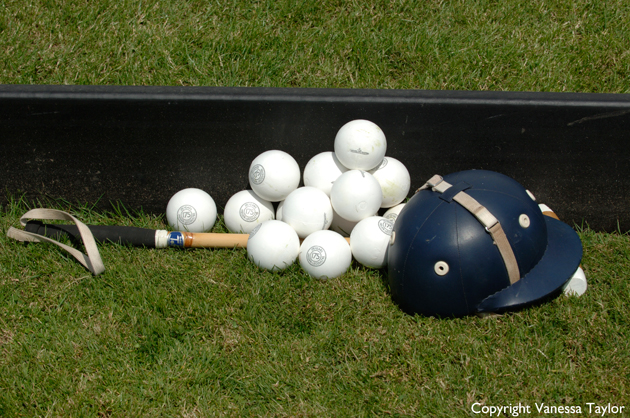 Once again this year, Jaeger-LeCoultre is gearing up for a polo season that looks set to be a thriller.

Continuing a long tradition, the Manufacture will be well represented on the finest polo fields by its ambassadors, fired up by sporting ambition. Within their various teams, they will proudly sport the Reverso, designed over 80 years ago to be able to withstand blows while losing none of its elegance.

Reverso embodies the elegance and sophistication not to dissimilar to the polo pony. Manufacture Jaeger-LeCoultre has a long standing affiliation with the world of polo, continuingto focus on the development of the game and the individual. From Reverso to Reverso Squadra, world number one’s to charity tournaments, the Reverso’s legendary swivelling case remains undoubtedly the icon of the sport. Jaeger-LeCoultre will thus grace the wrists of top players, endeavouring to see their names make polo history. Clare Milford Haven, Lia Salvo, Eduardo Novillo Astrada and Luke Tomlinson will battle it out in prestigious tournaments in the UK and around the world. The Manufacture will be supporting these ambassadors every step of the way in their sporting quests. 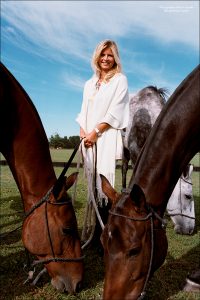 Jaeger-LeCoultre and the world of polo No watch can claim to be closer to the world of polo than Jaeger-LeCoultre’s Reverso. It was designed in 1931 at the request of British players in the Indian Army, who had had enough of having their watches shattered during their games. The famous reversible case was invented to protect the dial and the glass, exposing the metal back to possible shocks. Ever since, the ties between the legendary swivelling case and polo have remained ingrained in the very fibers of the Reverso, which has proved capable of constantly evolving and adapting to each new era. Today, Jaeger-LeCoultre is more closely linked to polo than ever, through regular sporting partnerships in a number of countries thanks to its internationally recognized ambassadors. Jaeger-LeCoultre ambassadors display their brilliant skills in the world’s greatest competitions.

Eduardo Novillo Astrada
Eduardo Novillo Astrada, the Argentinian polo player, is one of the few players to have achieved a handicap of 10 – the maximum possible in the sport. During his career he has crossed mallets on all the polo world’s most prestigious fields, marking success after success. In 2003, he achieved a feat that remains unequalled to this day: along with his brothers, he won the Tortugas, Hurlingham and Palermo tournaments in succession. This unique Grand Slam enabled the La Aguada team to win the Triple Crown and go down in polo history. Eduardo enjoys a special relationship with his horses, which he considers to be “the most extraordinary animals on earth – polo ponies are capable of doing whatever you ask of them.” When playing outside his country, for example in the United States or Great Britain, Eduardo, who is coveted by the world’s best sides, and his brother Javier have starred for teams such as Las Monjitas or Equus&co. Despite his frequent changes of pony during matches (as many as 6 or 8 times in some tournaments), one precious object continues to permanently grace the wrist of this polo legend: his Reverso.

“The Reverso is the watch that means Polo. For me there is no other watch that is more related to polo. I am very lucky to wear my Jaeger-LeCoultre Reverso Squadra : it helps me not to be late ! I share a few values with Jaeger-LeCoultre : team work, passion, elegance and, for me the most important, a family atmosphere.”

Clare Mountbatten, Marchioness of Milford Haven
Wearing the Jaeger-LeCoultre colours for the past 8 years, Clare has played polo competitively on all levels for the past 12 years, competing in the UK, USA, Spain, Switzerland, Sweden, Italy, South Africa, India, New Zealand, Australia, Dubai, Mexico, Argentina and Chile mainly in mixed teams in low goal and medium goal tournaments. In 2010, she represented England with an all female team in the FIP European Championships held in Austria, winning a Bronze medal. An active and enthusiastic member of Cowdray Park Polo Club, last year Clare and her team won the much coveted Dollar Cup and Texaco Trophy for the third time in between editing an historic book on the Centenary of the club which has been widely acclaimed. Having victoriously won 17 tournaments under the Jaeger-LeCoultre banner, Clare is optimistic for another good year as the team prepares for a further successful season. An ambassador for Jaeger-LeCoultre since 2004, Clare continues to represent the famous watch brand with historic links to polo, on and off the field.

“I have had a close relationship with the Reverso since becoming an Ambassador for Jaeger-LeCoultre 8 years ago. For me, the Reverso is the perfect watch – classic yet innovative, sporty yet feminine, – a timeless piece with connections to polo that go way back. I cannot imagine ever wearing another watch that contains all the features that are such a part of my everyday life.”

Until recently, Clare was Social Editor of Tatler for 8 years, where she covered all the best parties and events in London and the UK in her well known and avidly read column, Bystander. Now she has gone back to freelance writing, and has a regular monthly column in Polo Times. For the past 4 years, she has worked tirelessly for her charity, the James Wentworth-Stanley Memorial Fund, set up in memory of her son James who died in 2006.

Lia Salvo
Lia Salvo is one of the world’s best polo players. Born in Argentina, where she was quickly smitten with polo fever, her love of horses and sport led her to turn professional.

Of her horses, she says that they possess “beauty without vanity, strength without insolence, courage without ferocity… and all the human virtues, without their vices. Undoubtedly, the horse is man’s greatest conquest. “

Success very quickly followed for this fine South American player (from Buenos Aires province). First in mixed teams, where she excelled alongside players such as the Merlos brothers, then in women’s tournaments, she turned out to be one of the most talented players of her generation. She has chalked up one tournament after another, from Argentina to Malaysia and Great Britain. In December 2011 she was ranked as one of the world’s five best players. Rather reserved when out of the saddle, she is strongly assertive on horseback, where her accuracy and efficiency continue to contribute to the success of her team. For these qualities, Jaeger-LeCoultre is proud to count Lia among the Friends of the Brand.

“I feel very proud to be an ambassador for Jaeger-LeCoultre. I wear the Reverso Squadra Lady and I find it perfect for every occasion. I can be the most sporty girl with it every time I get on a polo field and feel the most elegant when I finish a game.”

Luke Tomlinson
Luke is certainly one of the most exceptional professionals on the international polo scene today. He’s dedicated to perfection; he has true commitment and a real vision for shaping the future of the game. With his approachable character, understatement and integrity, Luke embodies the very best of British. Luke is currently one of England’s highest handicapped players (7 goals in the UK and 8 in Argentina) and has played in four Argentine Opens during his career and in 2004, 2006 and 2008 reached the semi-finals of the Camera.

Amongst his career highlights are beating Argentina in their own back yard at Palermo in 2002 and winning the Westchester Cup (England vs USA) in Florida in February 2009. He has won every major domestic trophy including the Queens Cup (2002, 2004 and 2009) as well as the Prince of Wales Trophy, the Argentine Club Cup and the famous Gold Cup all in 2003. He played and won the Deauville Gold Cup in 98 and 2008 and the Warwickshire Cup in 2009 and 2010.

Luke spent the 2007 to 2009 seasons playing for Sir Charles Williams’ Apes Hill Club Barbados team the pinnacle winning the 2009 Queens Cup against Sumaya at Guards Polo Club. This season Luke lines up for his second season with Nick Clarke’s Salkeld team which last year reached the semi-finals of the Gold Cup.

“Jaeger-LeCoultre and the Reverso have real reason and relevance in the polo world. The watch is an example of classic, understated innovation and does the job with the minimum amount of fuss-thoroughbred quality not so dissimilar to my ponies. I like the brand because they focus on the development of the sport and the individual, not the surrounding image. It’s real watches, real polo.”