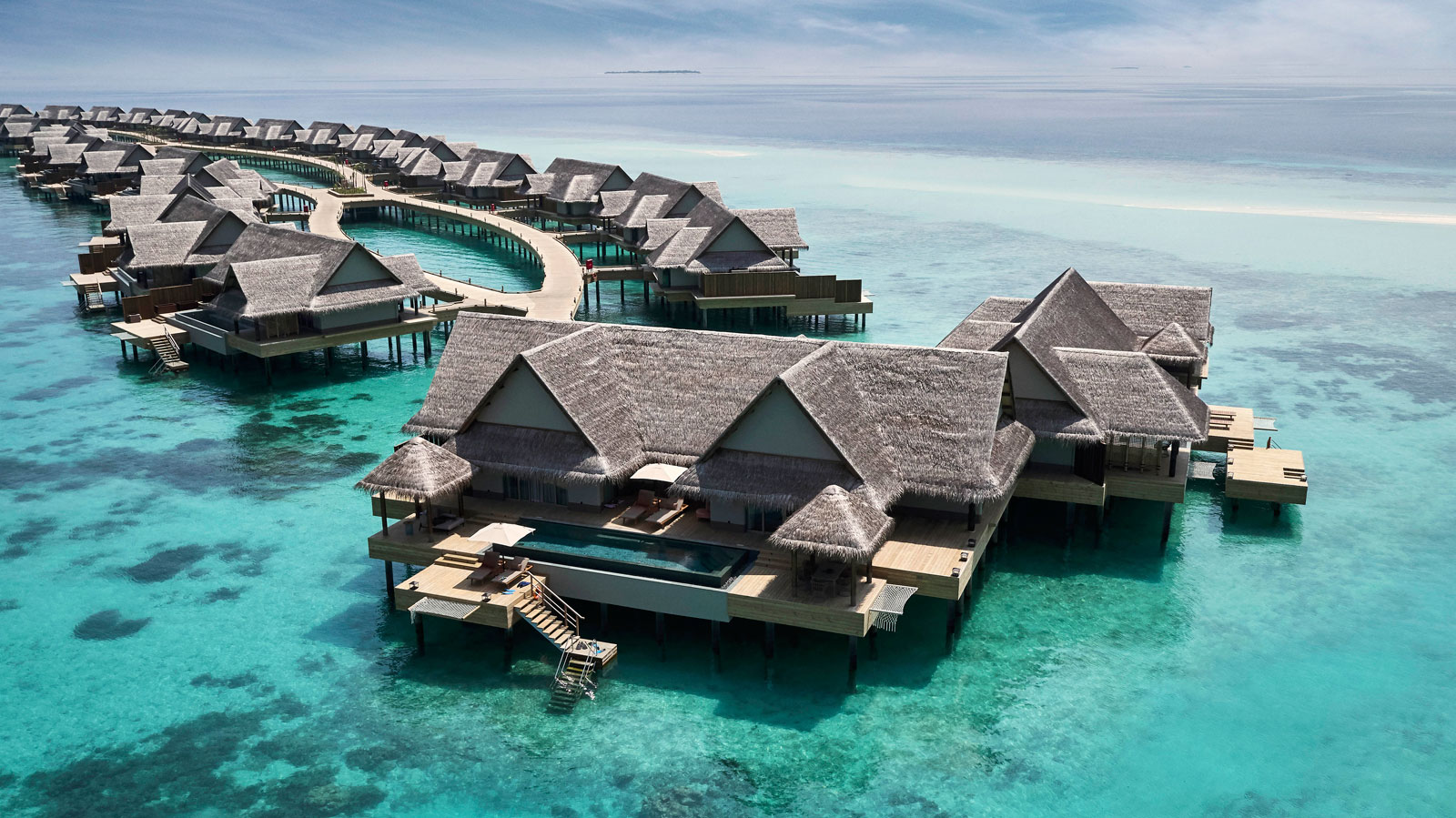 After a delicious lunch consisting of freshly caught Grilled Maldivian Lobster in one of the Ocean Villas, another interesting tour was planned for us. This time it was Scent Tour conducted by Sissel Tolaas, a Norwegian artist and researcher who specialises in smells.

Our sense of smell was awakened as we learnt how all our senses, including smell, affect our daily lives and is a major component in memory making.

Later that evening a Dom Perignon Dinner was held in Joali’s Italian restaurant Bellinis where the owner of the resort Esin Gural Argat welcomed everybody and charmed all those in her presence. She told Luxurious Magazine that the Joali was really a labour of love for her and a dream come true as she always wanted to build a resort in the Maldives.

Dining on Steamed Mussels, Seared Scallops, Agnolotti with Sage Butter, a Spanish blue cheese called Queso Azul with grapes and Bitter Chocolate with Espresso Ice Cream, with each course paired with a different wine ranging from Bodegas Hidalgo from Spain to Chateau Musar from Lebanon, this was a dinner and a half, satiating both the palate and the senses all at once. 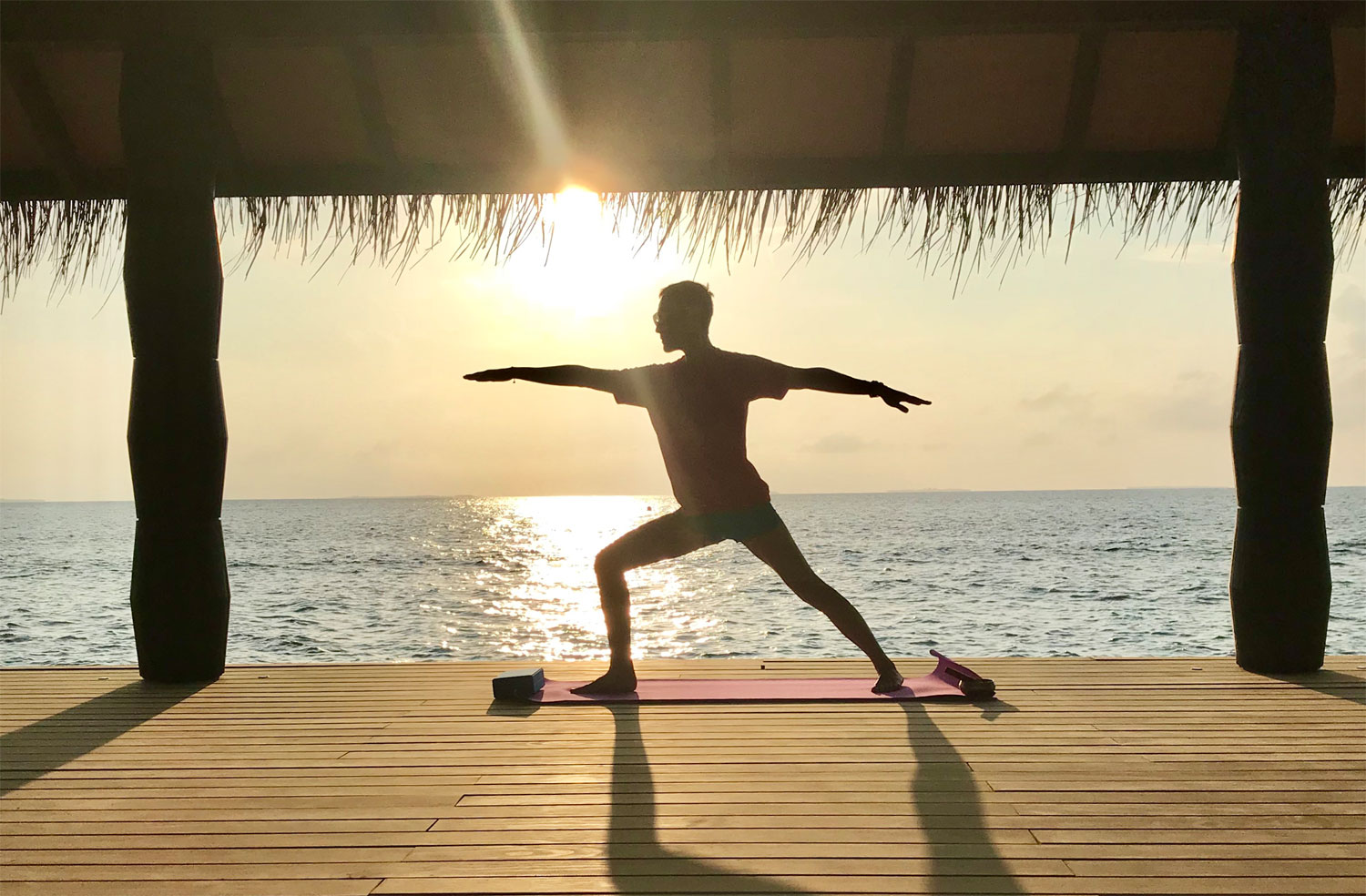 A 5.30 am sunrise yoga class might not be everyone’s cup of tea especially after an indulgent night but being a yoga fan, it was something I actually looked forward to.

Located on the water near the Joali Spa, the yoga pavilion is my favourite area of the resort, its peaceful ambiance filling me with serenity. Doing the sun salutation while actually watching the sun rise over the horizon is an experience any yogi worth his or her mala beads would definitely say ‘Om’ to. With the sounds of the waves lapping on the shore being the only distraction while doing various yoga asanas, this zen-like and ethereal early morning practice was something which stayed with me for the rest of the day.

After a hearty and healthy breakfast consisting of Paleo bread, poached eggs, avocado and heirloom tomatoes, a snorkelling expedition was planned for us. An hour ‘s boat ride out to the Indian Ocean brought us to an area where we saw sea turtles, corals, tropical fishes and other sea creatures. After lunch, a sound therapy session performed by Turkish musician Gorkem Sen was held at the Joali Spa. Using a Yaybahar which is an acoustic musical instrument with strings and a drum, it was both relaxing and invigorating, a theme which was echoed in the Joali’s Art Studio & Gallery where a sound workshop with interactive elements was conducted by Eren Senkardes. 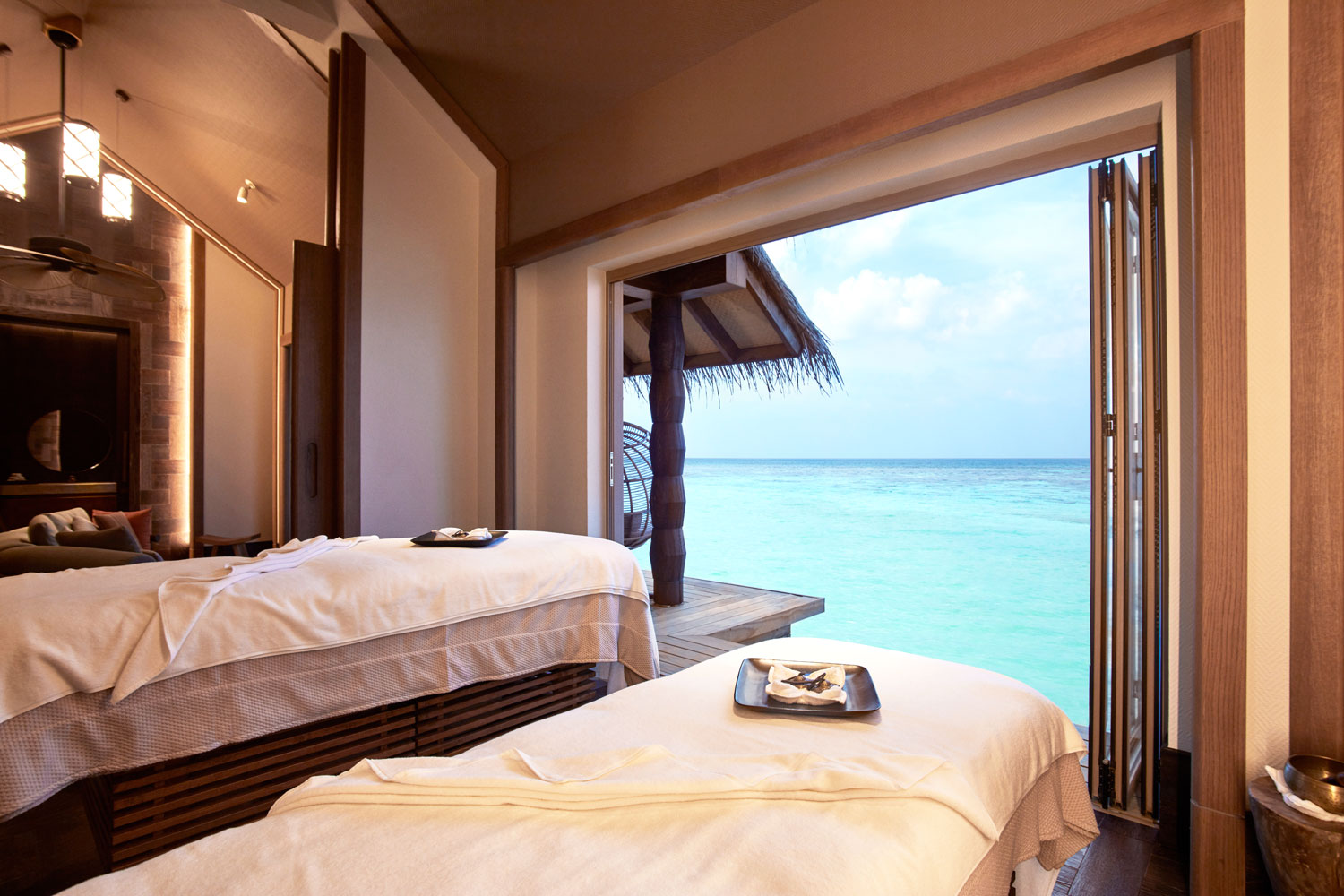 A leisurely afternoon was made even more pleasurable with a massage at the Joali Spa. Managed by the world-renowned ESPA, I knew I was in good hands (literally!) when Spa Manager Herchell Cabrera welcomed me personally by name and introduced me to my therapist who asked if I preferred the Soothing or Restorative Body Oil for my tailor-made Inner Calm Body Massage. With signature treatments such as the 120-minute Revive and Refocus massage to an Ocean Glow massage, the Joali Spa leaves no stone unturned and caters for everyone – men, women and even teenagers with special treatments for those aged from 13 to 16 years old.