Montegrappa finds friends in unusual places. Recently joining the Montegrappa community are the delightfully eccentric characters at www.jovemnerd.com.br, podcasters of the first rank, and champions of Things Brazilian.

With a huge following in Brazil, the Nerds discuss everything from comic book super heroes to the latest cinema to, well, anything that piques their interest. 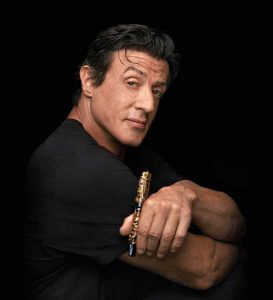 It’s only natural, then, that the Jovem Nerds would prove greatly interested – make that wildly enthusiastic – about Brazilian “national treasure” Paulo Coelho, whose book, The Alchemist, is the subject of one of our latest limited editions. Paulo’s infectious enthusiasm for yet another Montegrappa pen – the astonishing Chaos designed by Sylvester Stallone – led to a novel idea involving the Jovem Nerds and their vast audience.

At the behest of Paulo, Montegrappa donated a Chaos pen for a competition. It was a perfect choice, the Chaos Pen having all the elements of the films, books, commix and TV shows that enthral the Nerds and their followers. And that it was designed by a silver screen legend – a Stallone-related design made the dazzlingly bold pen all the more desirable.

A simple challenge was proposed: the site visitor who provided the best answer to the question, “Why do I deserve the Chaos Pen more than the Jovem Nerds?”, would receive the pen. The response was incredible – over 11,000 entries flooded the Nerds’ mailbox.

The lucky winner, Daniel Albino da Silva, wrote a poem as his entry to the challenge, and was awarded the pen in January 2012, presented by the Jovem Nerds in person. Montegrappa is overjoyed to learn that this highly desirable objet d’art went to a truly worthy recipient!