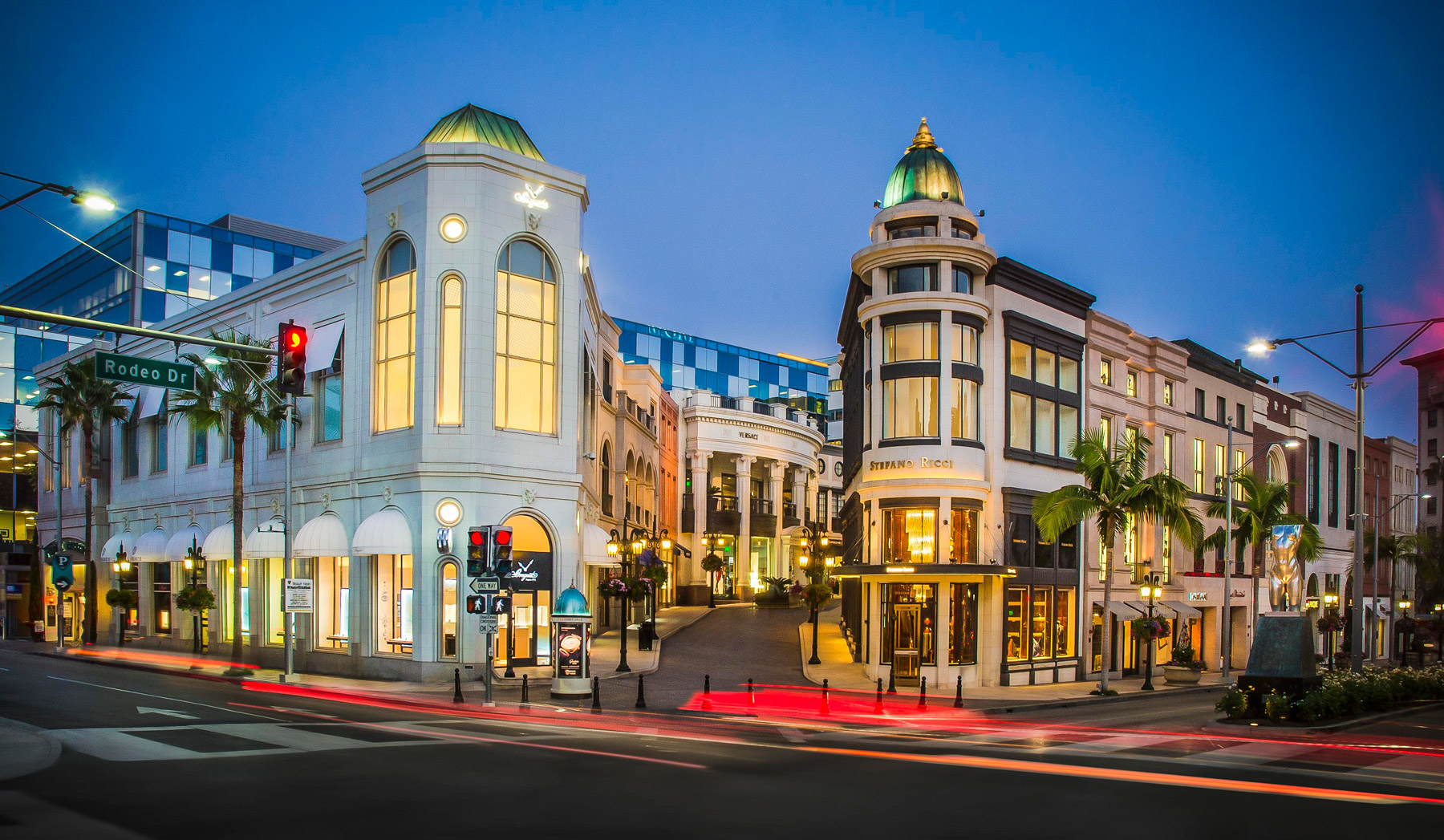 Despite having just 0.1% of the population of California, Beverly Hills in the USA is home to a large number of ultra-high net worth individuals (UNHWIs), including eight of the state’s 27 billionaires.

Beverly Hills Conference & Visitor (BHCVB) has commissioned a report named ‘Beverly Hills – The Future of Luxury’ looking at who is consuming the world’s luxury goods and services, and examines different spending habits, as well as the evolving global trends in the sector.

We caught up with their CEO to find out more about the findings of the recent research.

LM: What inspired you to commission the report, and what are the principal topics examined within it?
JW: Having celebrated the city’s centennial in 2014, the past couple of years have been spent commemorating all of the traditions and lore that have made Beverly Hills what it is today. However, it was important that we shifted our focus to the next 100 years, and beyond, in an effort to ensure that we continue to be a thought leader in the luxury arena.

In order to be forward thinking, it is critical that we are open to innovation and fresh perspectives. This thought-leadership paper helps to identify emerging trends that are evolving in the luxury sector; from the effects of technology, evolution of inspiring collaborations and development of enhanced brand spaces, to new behaviours among younger generations, loyalty to heritage and practices that are tried and true, and the establishment of new markets.

LM: The report also looks at the spread of wealth across the globe. Where are some of the biggest concentrations of UNHWIs, and is this changing geographically in terms of luxury spend?
JW: The report shows that London has the highest UHNW spend and will continue to surge given its central location, time zone and hub airport, benefiting from the increasing city hopping millennial.

Tokyo, second on the list of top 10 cities of UHNWIs, is seeing a decrease in its super-rich. The city’s high income and inheritance tax means that it is harder for Japan’s super-rich families to hold onto their wealth across generations and many are moving to Singapore or Australia.

New York is fourth on the list – growth in the US means it is becoming a bigger target for Europe, the Middle-East, and Africa. So much so that, by 2025, New York City is expected to overtake London at the top of the list.

The developed economies of the US and Europe will benefit the most from the expanding Asian, Indian and Middle Eastern middle classes who like to travel. This is boosting sales.

LM: How influential are Millennials, and how are luxury brands responding?
JW: The report examines the Millennial markets and appreciates how increasingly influential they are becoming. They are part of the reason why London has the highest UHNW spend, because they like to travel and the city’s location, time zone and hub airport make it easy for them.

The world of fashion is embracing Millennials and their enthusiasm for social media. In 2013, Oscar de la Renta debuted the brand’s fall campaign on Instagram, weeks before placing print adverts, and similarly in October 2015, Burberry became the first fashion brand to create a campaign exclusively for Snapchat users. 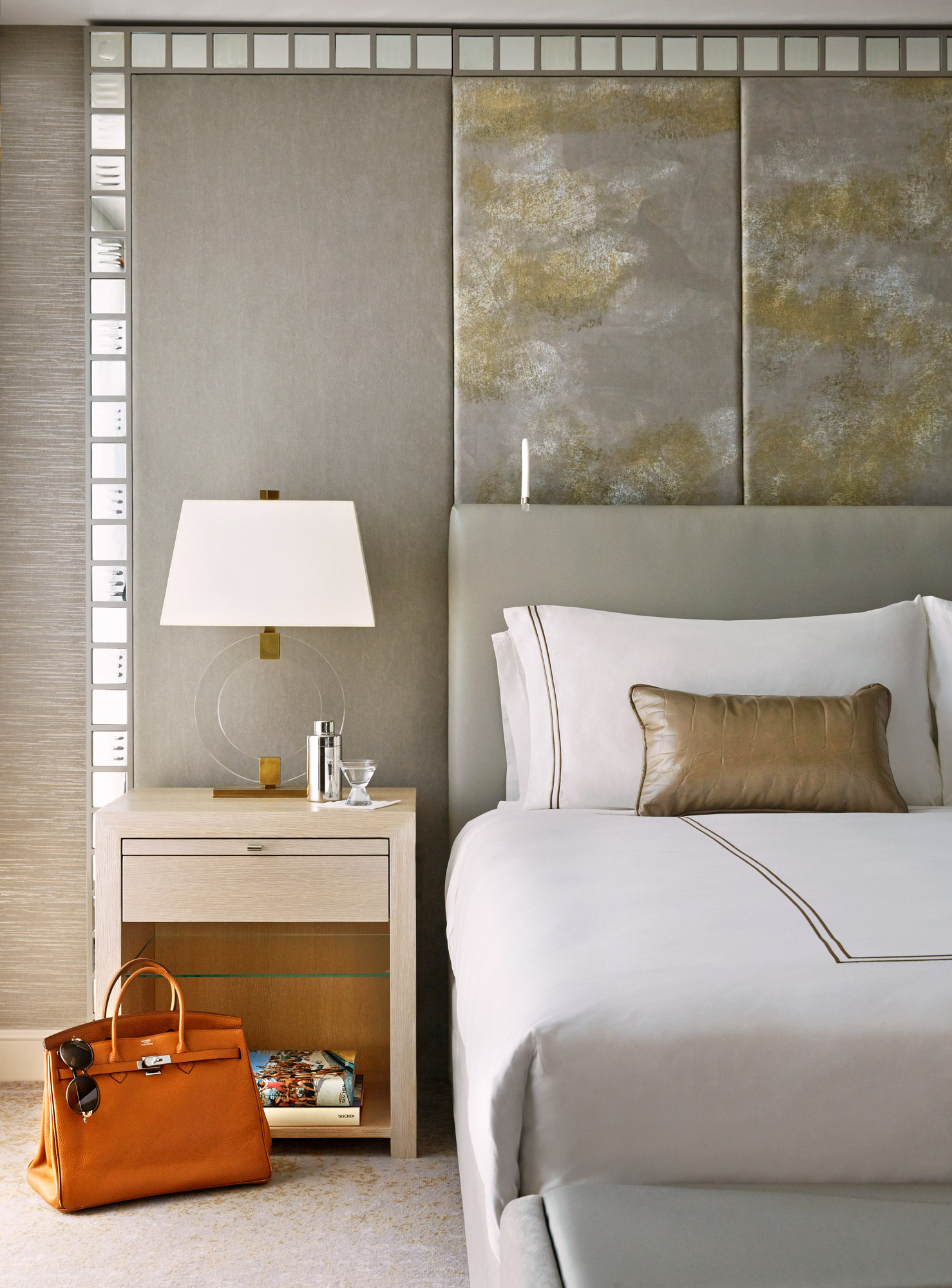 LM: How are hotels evolving their offerings to keep up with today’s rapidly evolving technology?
JW: The hotel market is working fast to keep up with this generation’s technological expectations, and are now constantly adapting their offering and service. Millennials live their lives through their smartphones and they are used to getting services tailored to their wants and needs through technology – hoteliers are responding to that.

For the London 2012 Summer Olympics, Samsung created app-controlled hotel TV, lighting, and air conditioning, which they are continuing to develop for the hospitality industry. Marriott International is aware of the customers need to recharge their smartphones and includes plenty of USB ports to charge in their hotels, they also have a Marriott Guest Services app which can be used to check guests in and out, request more toiletries or schedule a wake-up call.

Another earlier adopter of the, what is called, “high tech, high touch” environment was Starwood Hotels & Resorts which was among the first to configure its app for the Apple Watch.

LM: What is Beverly Hills doing to keep up with this trend regarding what it offers to visitors?
JW: Hotels in Beverly Hills are reacting in different ways to their guest’s use of technology. The Beverly Wilshire, a Four Seasons Hotel, has an app for keyless entry, check-in and concierge services. However, The Peninsula Beverly Hills has decided to hold back, and, instead, it has partnered with Luxe City Guides and Net-a-Porter to offer guests stylish city guides, attempting to strike a balance between technology and the personal touch.

LM: How is the increasing importance of sustainability affecting luxury?
JW: We have seen that sustainability is most prominent with food, especially with Millennials who have more awareness of the matter than any previous generation. They are also aware that being more sustainable comes at a higher price and they are willing to pay. Millennials think that food should promote manageable growth that enhances the world, and they are becoming more and more affected by the harm that poorly sourced food is having on our economy and environment.

The report determines a new trend called the “localtarian” which is basically those who are choosing to only eat locally sourced food. Restaurants within Beverly Hills, such as The Belvedere at The Peninsula Beverly Hills and Curtis Stone’s Maude, are leading the trend to cater to the influx of those seeking a menu made only of locally sourced seasonal ingredients.

LM: ‘Bespoke’ is a key buzzword in today’s world of luxury. What are brands doing to embrace this?
JW: The concept of ‘made to order’ and exclusivity is something that all luxury brands must consider to be able to compete today. Within retail, brands are now customizing a client’s experience from store to store or country to country, with certain products only available to purchase through a flagship store or obscure pop-up.

In Beverly Hills, the reopening of Jimmy Choo’s Rodeo Drive boutique was celebrated with a limited-edition version of the brand’s acrylic “Candy” clutch. The Rodeo Drive store also allows consumers to customize the colors, textures and finishes of signature footwear. Salvatore Ferragamo achieved something similar in 2015 with the brand’s Rodeo Drive reopening, marked by the launch of a pair of black and gold shoes with coordinating purse, exclusive to Beverly Hills.

LM: You mention “Luxury 3.0” in the report. How is this defined, and what is the difference versus “Luxury 2.0” that we hear so much about?
JW: The report indicates that luxury is currently at the epicentre of LUXURY 2.0 – the digitalisation of exclusivity where traditional luxury brands are increasing their digital presence, appealing to a more digitally savvy luxury audience.

However, findings suggest that luxury will go full circle. Whilst acknowledging the importance of the digital offer, luxury consumers will seek out more original and authentic experiences that can’t be seen or bought online.

BHCVB has identified this future trend as LUXURY 3.0 where consumers will revert back to ‘old-school’ concepts, such as private members clubs, meeting places for connoisseurs, organic farm-to-table eating, craftsmanship and exclusive tailoring. Bespoke products and services, as well as more traditional practices will herald over the digital revolution that is currently taking the industry by storm.

LM: You also examine the rise of luxury retail e-commerce. How are high-end brands adopting this, and what are the projections for the next ten years?
JW: The fact of the matter is that many UHNWIs are time-poor and travel frequently, so appreciate the convenience of being able to shop online. Luxury e-commerce is projected to triple to $75 billion by 2025, with online taking an 18% share of total luxury sales, making the internet the third-largest market for luxury goods, after traditional retail channels in China and the US.

Luxury brands are adapting to cater to both the growth in e-commerce and traditional retail outlets by limiting the variety of what is sold. Hermès, for example, sells its handbags online, but the Birkin and Kelly lines can only be bought in its boutiques. Similarly, jewellers such as Van Cleef & Arpels keep some of their pieces offline. Chanel has been reluctant for many years, but in April 2015, they launched a three-week fine jewellery capsule collection on Net-a-Porter.

Luxury 3.0 is an indicator of how this will develop over the next ten years and will see modern luxury purveyors fusing the digital with the physical to create more immersive brand experiences and customer journeys. LUXURY 3.0 is typified by providers who team old-school values of artisanship and bespoke service with an immersive experience and meaningful narrative. This creates the kind of luxury that lives in the heart: it resonates on an emotional level and stands the test of time. 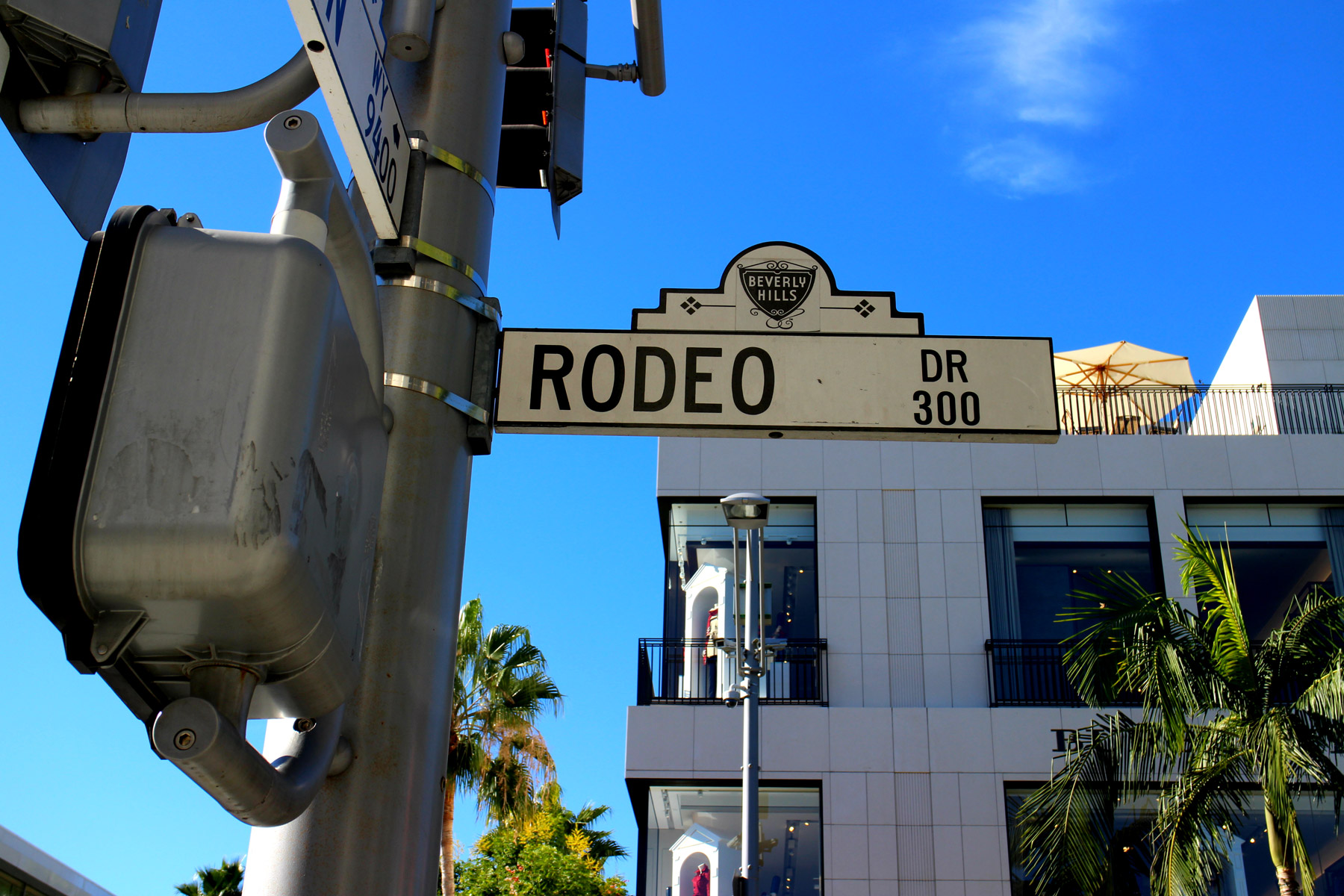 LM: What were the main conclusions that you drew from this report?
JW: For Beverly Hills, we have seen that the key trends found in the report, which will shape the future of luxury, are already in practice, such as the ‘localtarian’ trend, and the city will continue to bring in more sustainably minded brands.

One of the most important conclusions we have drawn is that we need to influence our economic development. We hope the report is a catalyst for making all of the players aware of how to make the experience in the city relevant for visitors. As the Conference and Visitors Bureau, we are using the findings from the report to show, to the brands we hope to attract, how the city is at the forefront of luxury.

For example, in response to the trend identified as ‘Menswear Revenge’ where men’s spending has outperformed women’s, we should be looking to attract more men’s brands to the destination and ensure there are sustainable and mindful experiences available for those seeking ‘Sati-Faction’ and wanting to go off grid. 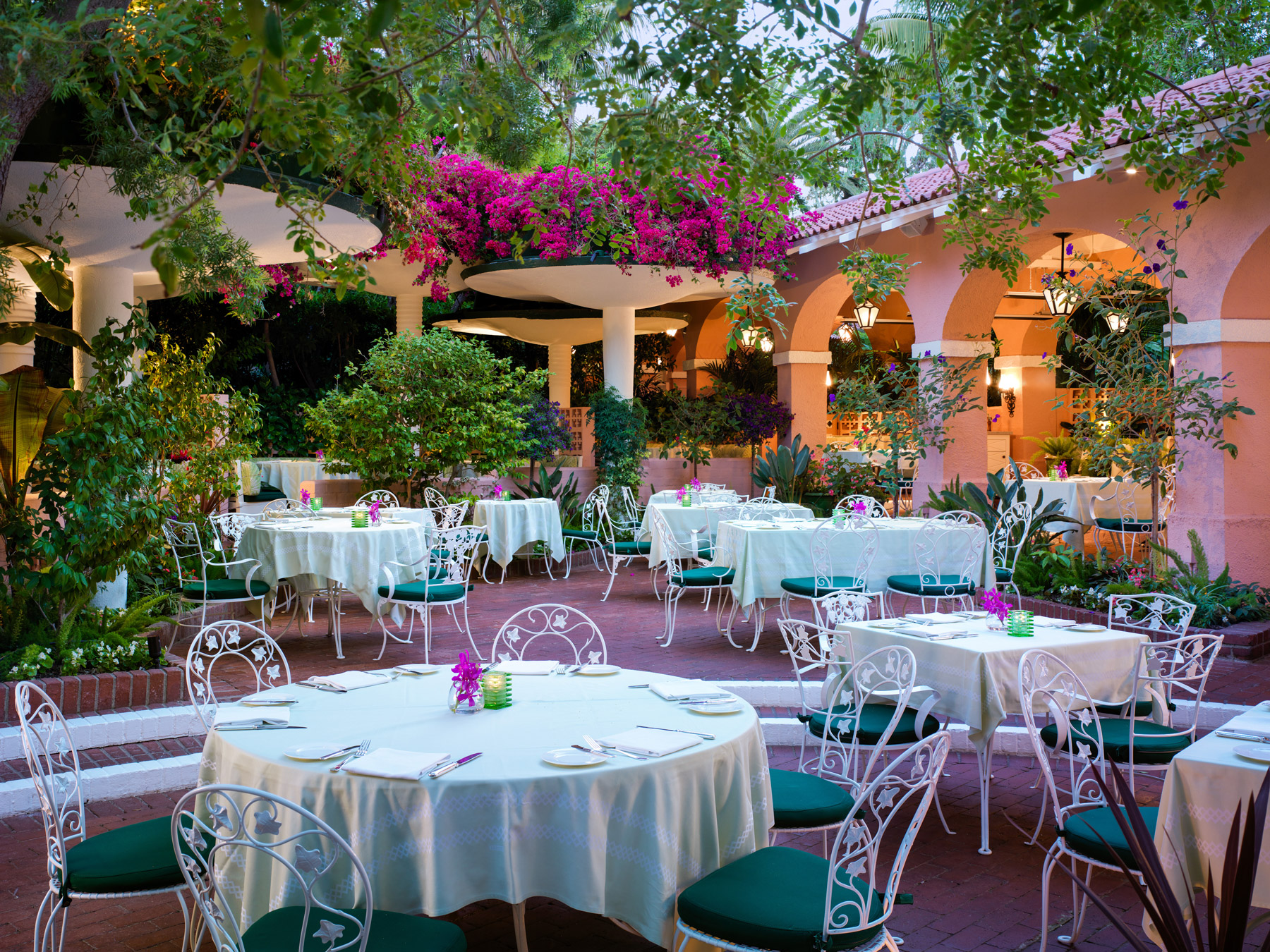 LM: How do you see the future of Beverly Hills? Has it reached its peak in terms of wealth or will the city become even richer during the next decade?
JW: I think with the quality of homes, breadth of luxury retail and large numbers of iconic hotels, that Beverly Hills will always be an A-list destination. I would also say that the ebb and flow of the economy has an impact on a city’s wealth at any given time. The last couple of years has seen double-digit growth for the destination and our goal is to continue positioning (and providing the content to back it up) the city as the ultimate experience for today’s luxury consumer.

LM: Where can I find a copy of the report to have an in-depth look at the results?
JW: The Future of Luxury is available globally and can be downloaded from the Beverly Hills website www.lovebeverlyhills.com/future-of-luxury

Beverly Hills Conference & Visitors Bureau – Where and How? 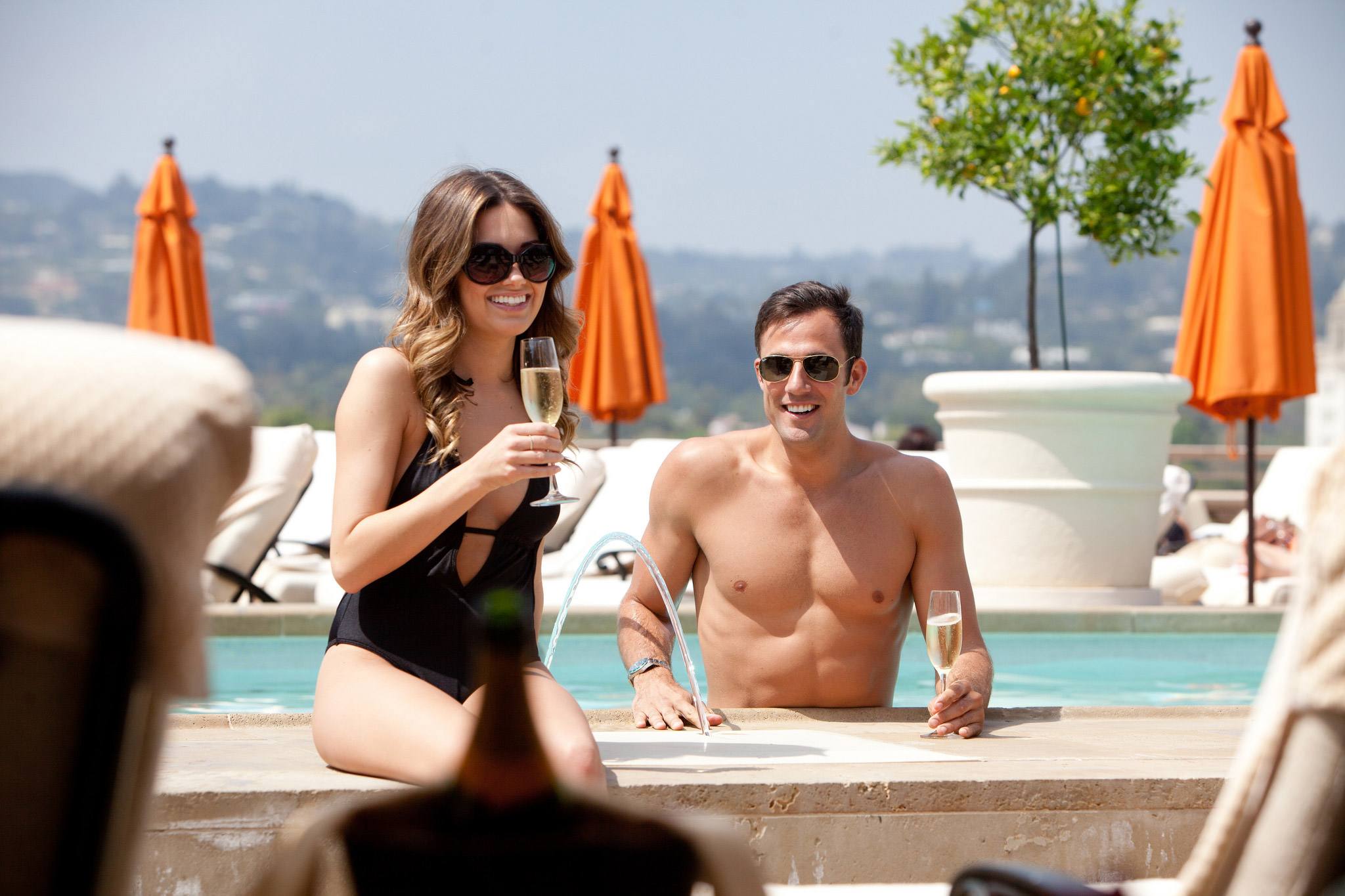