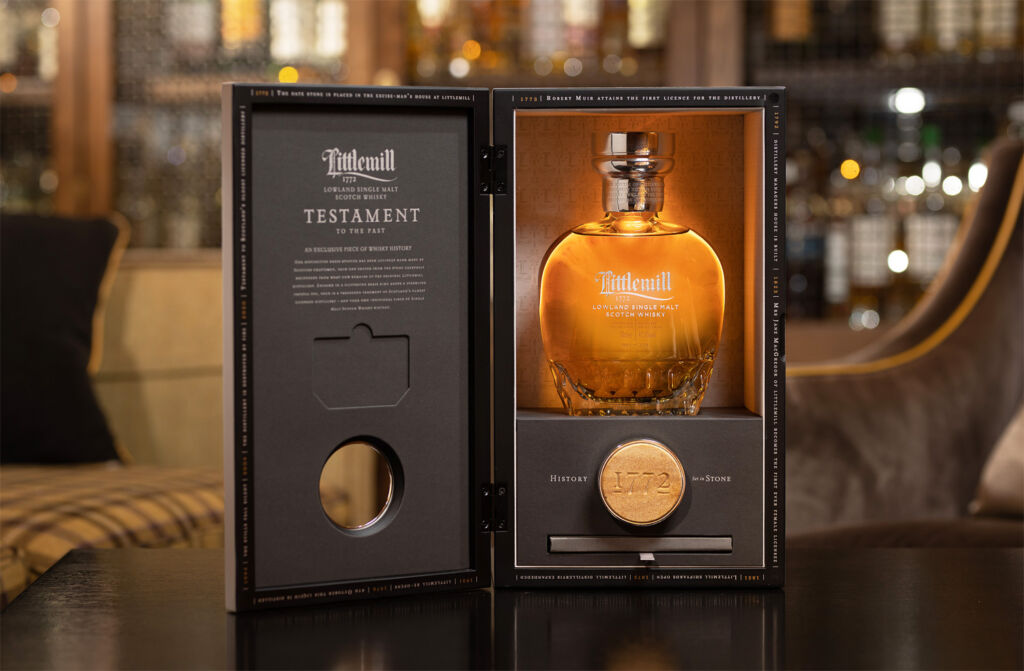 Littlemill is Scotland’s oldest licensed distillery, and the new expression named Testament, which is priced at £8,000, pays homage to the brand’s legacy.

It was re-casked in 1996 into American oak Hogsheads before Master Blender Michael Henry matured this liquid further in first-fill Oloroso sherry hogsheads for a final four-month maturation before bottling. 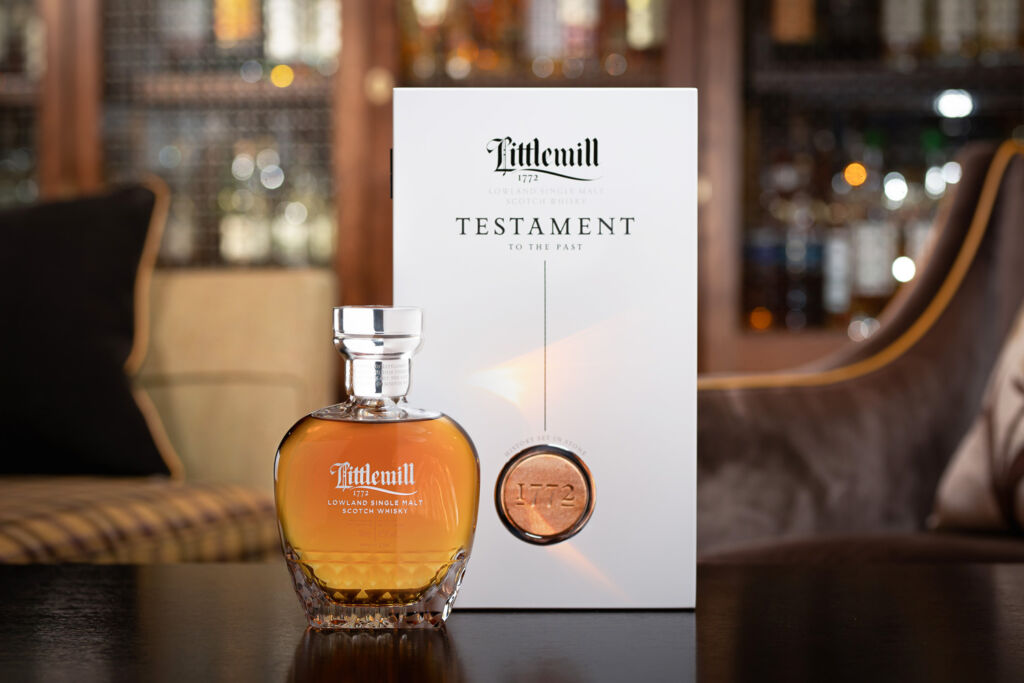 Fitting for such a rare and important single malt, the expression is housed in a luxury 70cl decanter, crafted from hand-blown Glencairn crystal, which has been facet cut at the base, mirroring the style of glass cutting during the Georgian period that skilfully incorporates treasured remnants of the original distillery manager’s house, thereby giving collectors the opportunity to own a true piece of Scotch Whisky history.

Each of the 250 decanters is presented in a bespoke handmade cabinet complete with a dress stopper made from the sandstone taken from the Littlemill distillery’s remains.

There’s good news for collectors who want to leave their decanter intact and untouched. Each one comes with a unique code that allows the owner to claim a 5cl bottle of the highly sought-after liquid.

At a later date, owners can use their same unique code to collect an additional 5cl, thereby protecting their valuable investment for the future. 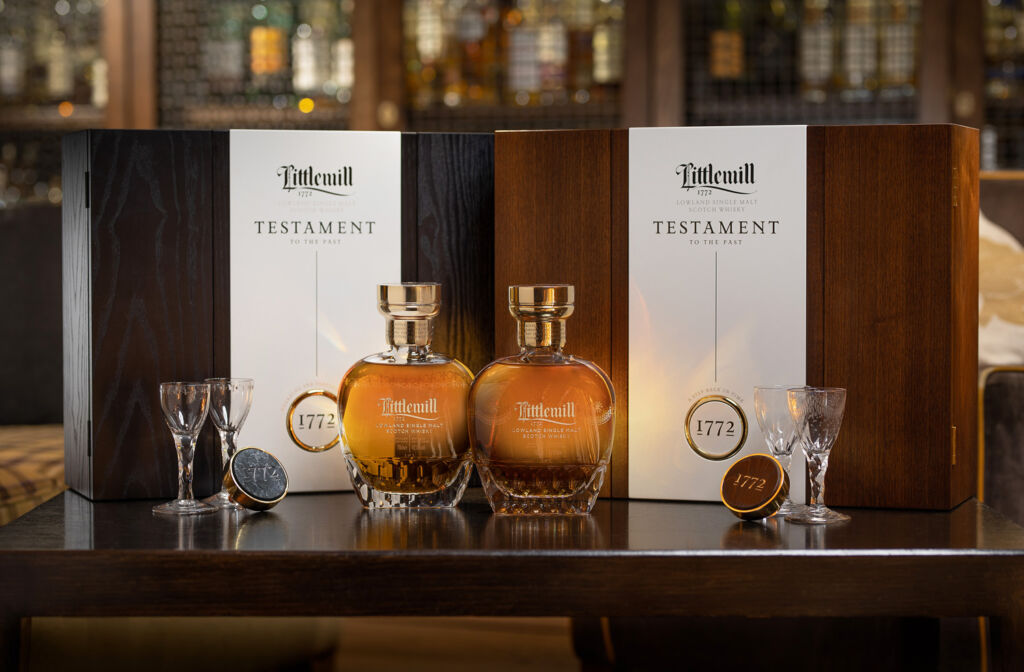 In addition to the limited edition decanters will be four very special decanters which come with a pair of Georgian glasses dating back to the 18th century. The vintage glasses’ stems contain unique engraving around the bowl, which can also be found on the four decanters.

The first of the four unique decanters were auctioned in China in January 2021, reaching an eye-watering price of £19,000.

On the nose of Littlemill Testament, there is a crisp green apple and zesty grapefruit with notes of fragrant elderflower and ginger. The taste delivers a vibrant fruity flavour, with hints of tangy pineapple and juicy peach overlayed with lime citrus, which is complemented by a melted brown sugar sweetness and creamy vanilla.

This gives way to a deliciously long finish with mouth-watering fruit, gooseberry and watermelon, and a gently warming cinnamon and nutmeg spice. 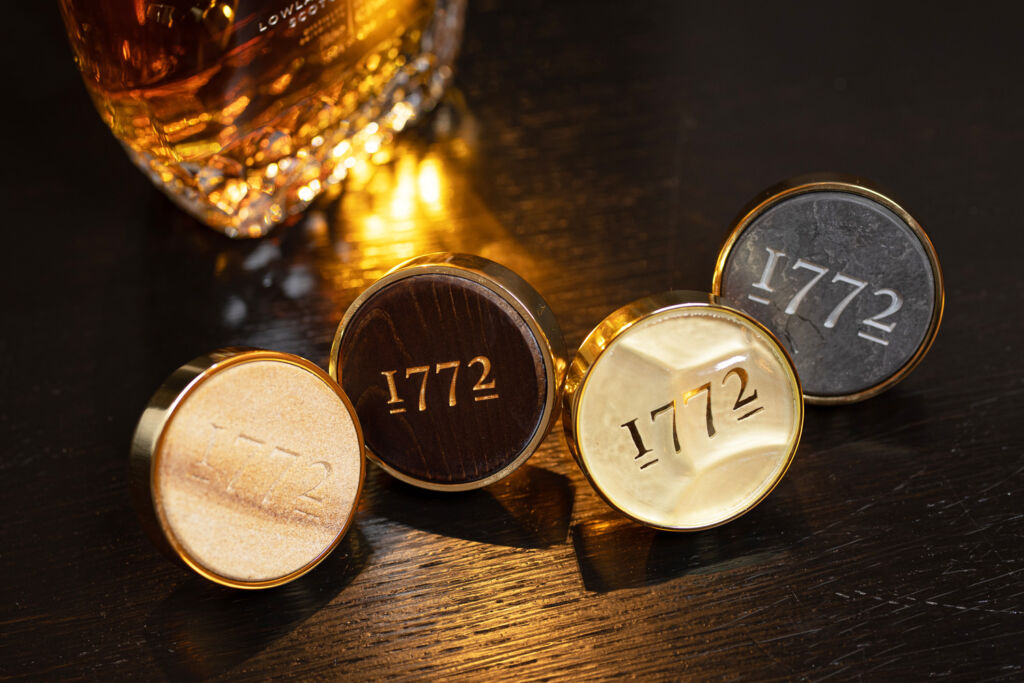 Colin Matthews, CEO of Loch Lomond Group, said that Littlemill Testament is a fitting tribute to the rich heritage that this exceptional whisky enjoys, allowing whisky lovers to own a piece of history. He also praised Master Blender Michael Henry for crafting such an exceptional liquid which perfectly reflects Littlemill’s signature floral style.

Littlemill Testament – Where and How?

Littlemill Testament decanters are available to purchase at specialist retailers, including The Whisky Shop.