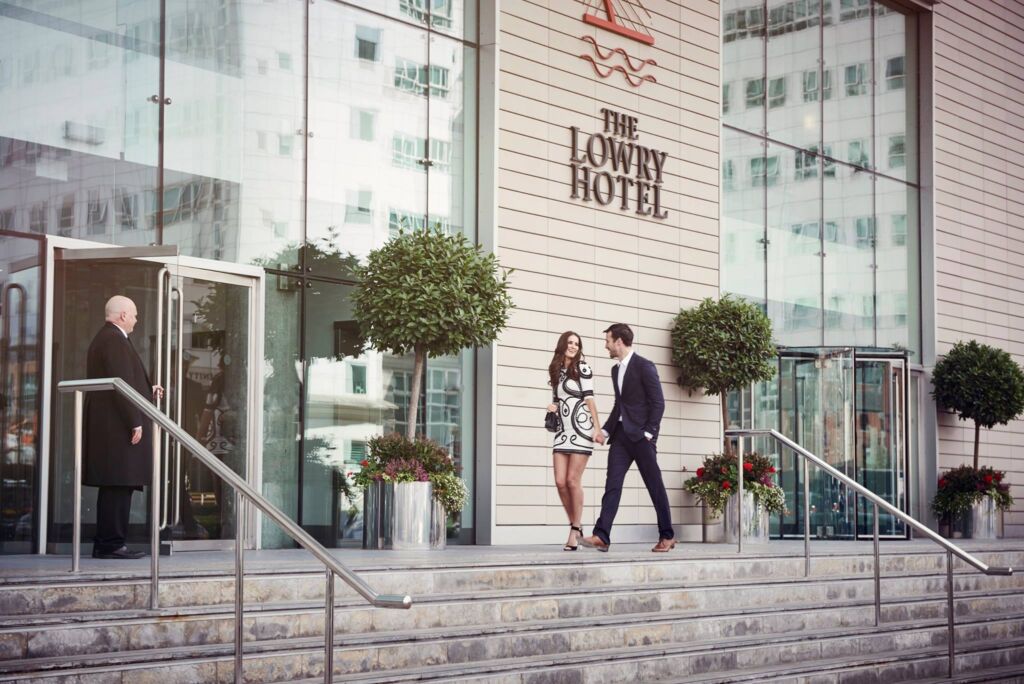 The Lowry Hotel, known for its stunning collection of artworks and chic, elegant luxury, has revealed a new menu of in-room options designed to make every celebration and memorable moment even more special.

The name Manchester is something instantly recognisable worldwide. When most people based overseas think of Manchester, they think football; however, it has produced much more than sporting greats.

The city of Manchester falls within the boundary of Greater Manchester and is one of the regions two cities, the other being Salford which is home to the Lowry Hotel. Although somewhat overshadowed by its better-known neighbour, Salford has produced more than its fair share of cultural greats, including icons from music, sport, fashion, art and literature. One person linked inextricably to Salford is the artist Laurence Stephen Lowry, better known as L.S. Lowry.

Lowry is regarded as one of Britain’s greatest artists, painting ‘Matchstalk’ figures in his works that focused on urban landscapes and everyday life. His unique painting style did take a considerable amount of time before the art world realised his unquestionable talent.

Some, what we consider today as being misguided critics, labelled Lowry simply a ‘Sunday Painter’ and his work naive. Little would they know that Laurence Stephen Lowry would leave a huge cultural legacy? Even today, art collectors will pay vast sums for one of his works, there are buildings named after him (including the hotel), and there’s even been a #1 best-selling song about his life. 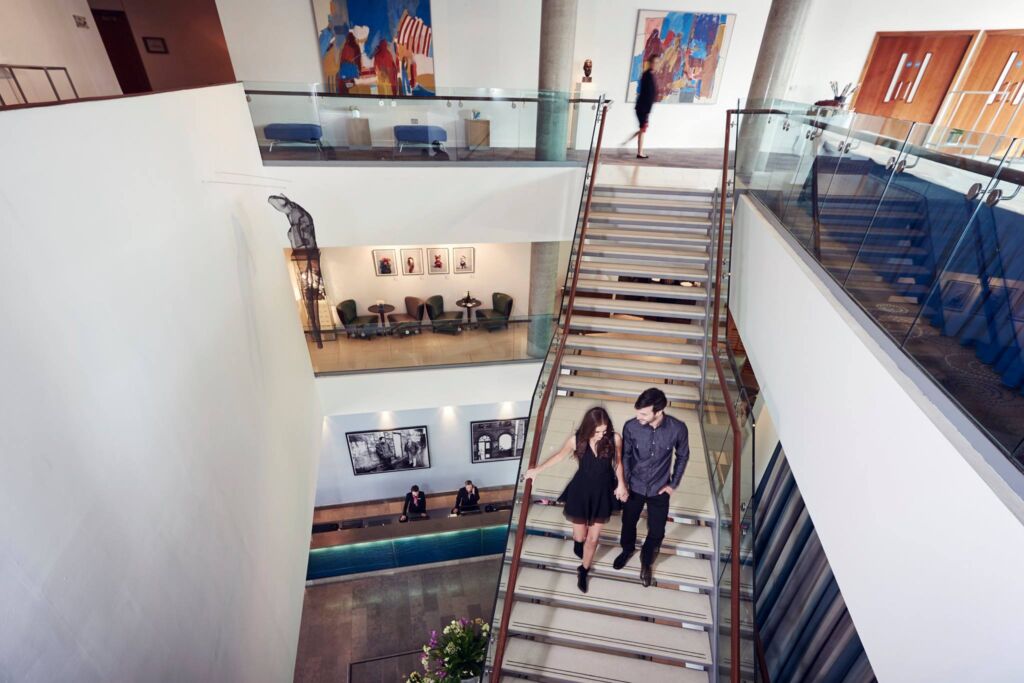 About the Lowry Hotel Manchester
For some of our readers, the Lowry Hotel might be new to them. Therefore, let us tell you a little more about it. It is a 165 bedroom five-star hotel housed in a building that was once home to the ‘Dandy’ and the ‘Beano’ comics. The Lowry Hotel boasts multiple places to dine, event spaces along with a spa and gym, and as expected, given its name, art is ever-present throughout the hotel. 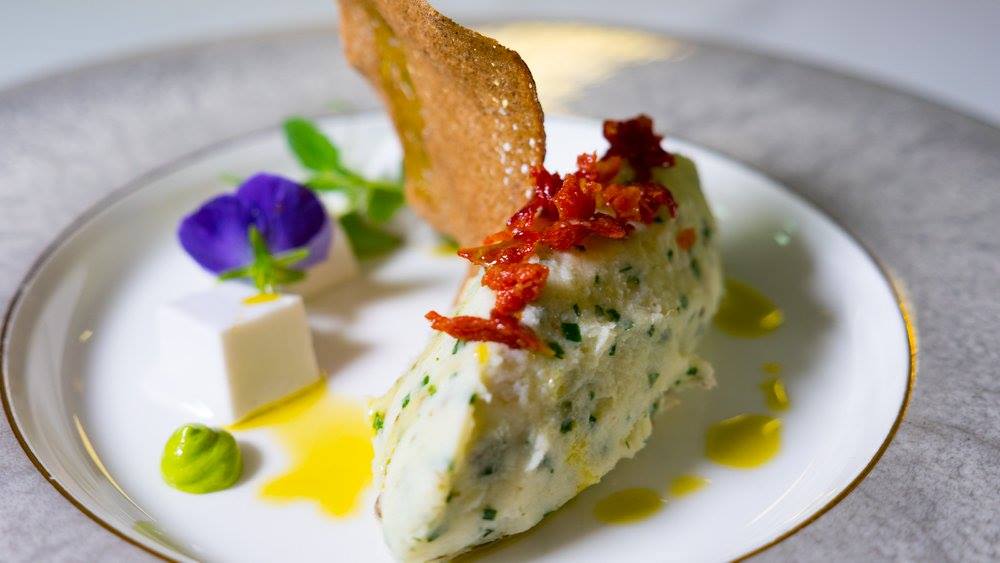 Although London tends to take much of the spotlight on first-class hospitality, the Manchester area really holds all the cards when it comes to a place to stay that offers more than simply exploring a city.

The cities of Manchester and Salford are a stone’s throw away from some of Britain best countryside and in addition to this are within easy reach of the coast. Therefore, on top of the luxury and conveniences of a city, guests can also head off to explore the best the natural world has to offer.

Now that we’ve whetted your appetites let’s look at the new celebratory packages at the Lowry Hotel. 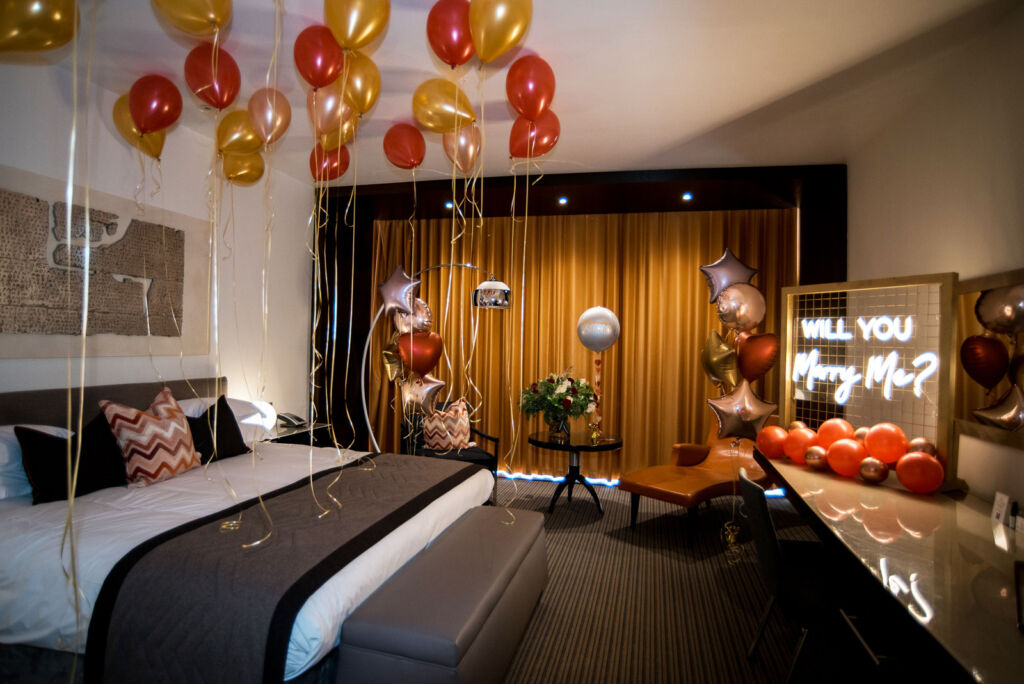 For 2021, the Lowry Hotel is focusing on making every special event as memorable as possible. Whether it is a birthday celebration, anniversary or even a marriage proposal, the hotel’s ‘Magic Makers’ will be on hand to create the perfect setting.

If you want someone’s name put in neon lights for a special reveal, a candle-lit pathway to a dream proposal or a ceiling smothered with balloons; they’ll do it. In fact, they’ll even put together the most decadent bubble bath imaginable, replete with perfectly chilled Champagne and chocolate-dipped strawberries if that’s more suitable! 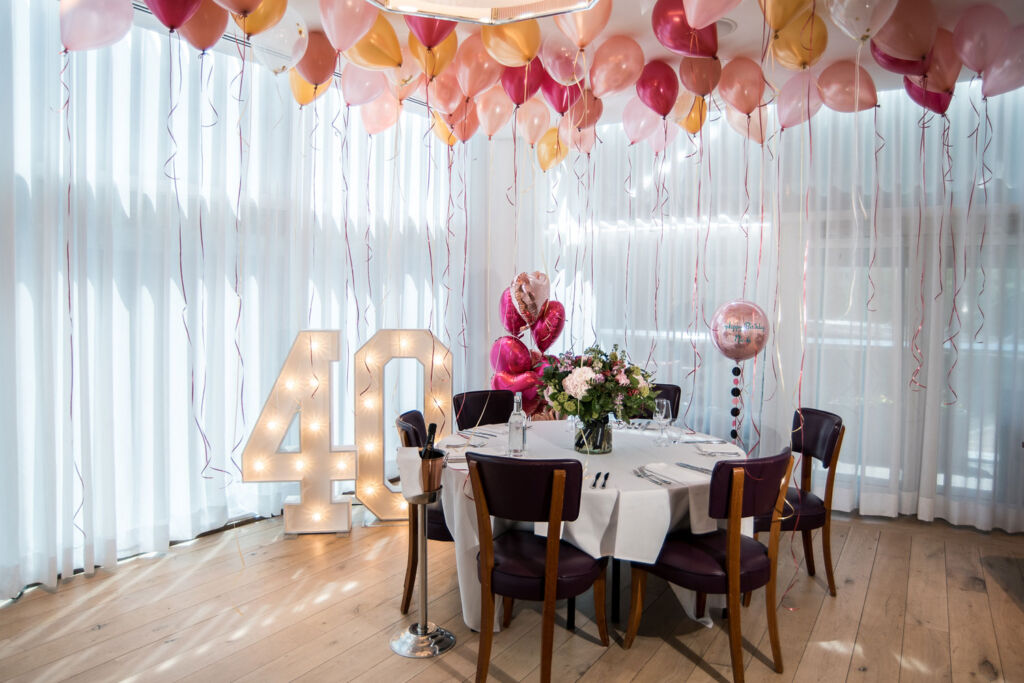 Over the past eighteen months, far too many special occasions have missed being celebrated, and the Lowry Hotel team are seeking to rectify this. Marketa Solcanska, the hotel’s Celebrations Expert, will be on hand to help create a bespoke package that will produce memories to last a lifetime. It’s not only the suites where the packages can take place; the Lowry Hotel also benefits from event spaces to ensure that many more can join in to celebrate the memorable moment.

Lowry Hotel – Where and how?

The Celebrations Inspired packages start from £110 and are available to book now. For more information, please visit https://www.thelowryhotel.com/celebrations-inspired/.