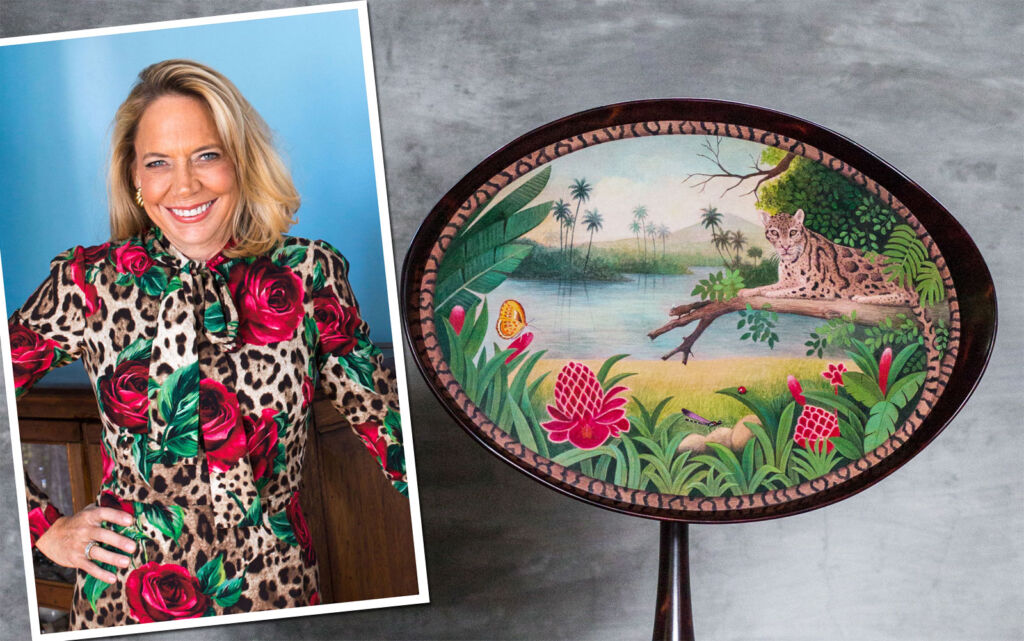 Fancy having fine art on furniture which employ the Renaissance technique of painting on gesso treated and sustainably sourced wood? Keen to start a collection which immortalises the natural wonders of exotic wildlife and botanicals and become heirlooms you can pass down in generations?

Ong Chin Huat speaks to the founder and creative force behind Mary Justice Designs and marvels at the beauty of her creations.

Have established herself as a PR supremo in Hong Kong back in the nineties, Mary Justice Thomasson moved to Bali in 2003 and started anew, a second act which saw her indulge in her passion for arts and design.

Inspired by the flora and fauna of her newly adopted home, Mary Justice, or MJ as she is affectionately known to her friends recently launched a collection of hand-crafted furniture and home accessories, all exclusively made on the Island of the Gods.

Having spent 32 years in Asia, Mary Justice has absorbed the sensibilities of Asian culture and combined it with her American heritage and European upbringing. It enabled her to create a line of finely crafted, exquisitely painted and deeply researched furniture and home accessories such as tilt-top tables, butler trays, folding tables, wine buckets and Lazy Susans which was launched in June this year.

Collaborating with local Balinese and Indonesian artists and artisans, this southern belle (she originally hails from Savannah, Georgia in the USA) was fastidious when it came to researching the animals, birds and butterflies as well as the different species of flowers and fruits depicted in her designs.

Gleaned from her extensive travels around Indonesia, there is a personal story woven into each scene painted on her furniture to which there is the added flourish and whimsy which only a colourful character like Mary Justice could provide. 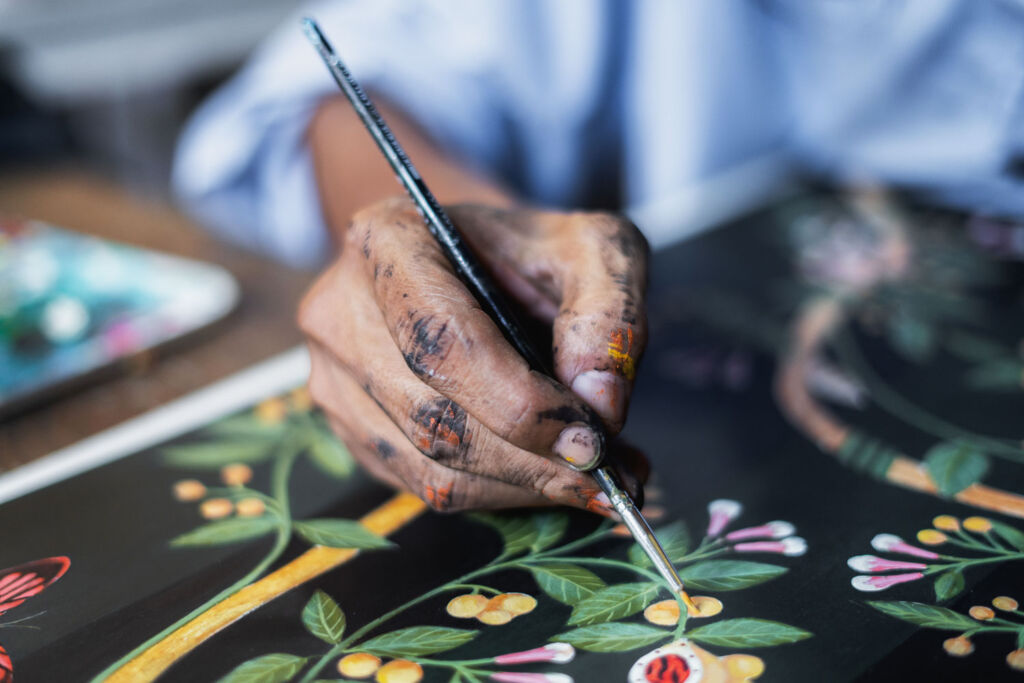 Using only sustainably sourced local timber such as mahogany and teak wood, each piece of a Mary Justice Design furniture is hand-drawn and water coloured by an in-house local artist in her studio using the ‘gesso’ technique of wood painting. It’s a method perfected during the 16th century in Renaissance Italy. Using nine to 12 strokes of paint, each piece is carved and chiselled by hand using tools which have been in the artisans’ families for generations. 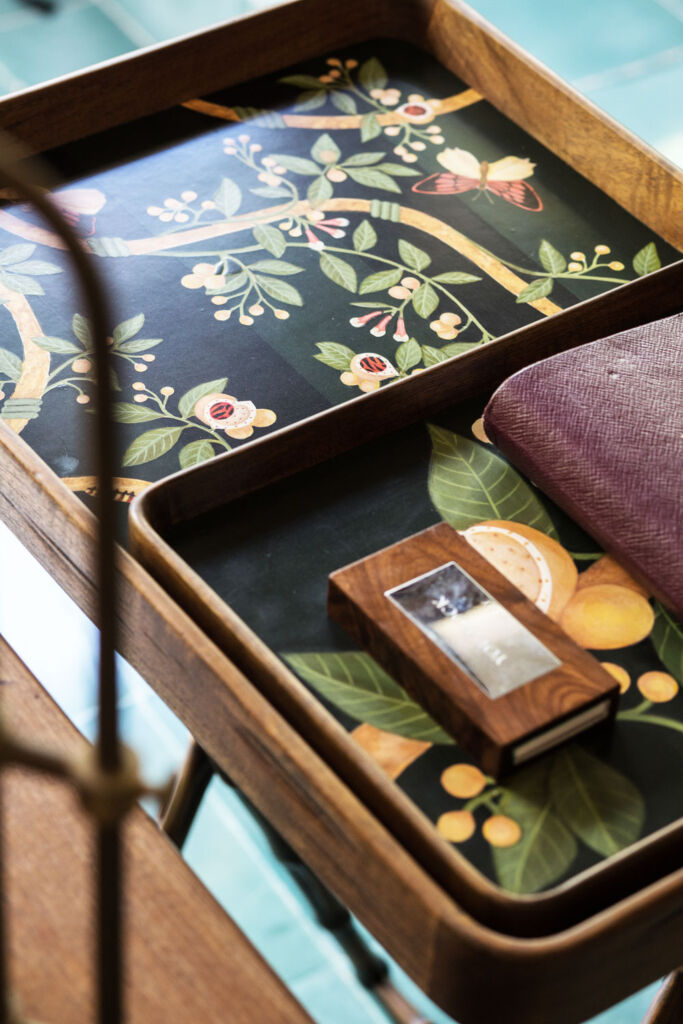 It is little surprise that each item takes approximately three weeks to a month to complete.

Only 10-15 pieces are made of each item, making each Mary Justice Design is not just a precious work of art to be treasured but also a collectable heirloom to be passed down through the generations. And befitting of a lover of nature and wildlife, a percentage of the sale proceeds of any Mary Justice Design is donated to the Indonesian Chapter of the Wildlife Conservation Society whose mission is to protect Indonesia’s endangered wildlife.

Luxurious Magazine: Tell us a bit about Mary Justice Designs and how it came about.
Mary Justice Thomasson: I’d harboured a deep desire for designing and an obsession with decorative arts since as early as I can remember.

At the age of nine, while living in Houston, Texas, my Mom told me I could decorate my own room, and I painted my room a deep maroon colour and hung Japanese block prints. My elder sisters had tulips and striped wallpaper, respectively in their rooms.

I studied European Fine and Decorative Arts at Christie’s London. I started as a broadcast journalist and did a one-year stint as PR Director at the Ritz Carlton in Hong Kong and ended up running a PR company before making a sea-change to the island of Bali which inspired me to explore Indonesia.

On a diving trip to Raja Ampat, one of the most beautiful places on earth, an idea presented itself to me in perfect clarity as I was surrounded by so much natural beauty that I had an ‘A-ha’ moment. I decided there and then to tell the story of this incredible country, it’s fascinating history, natural wonders and its exotic and endangered species through art and design. 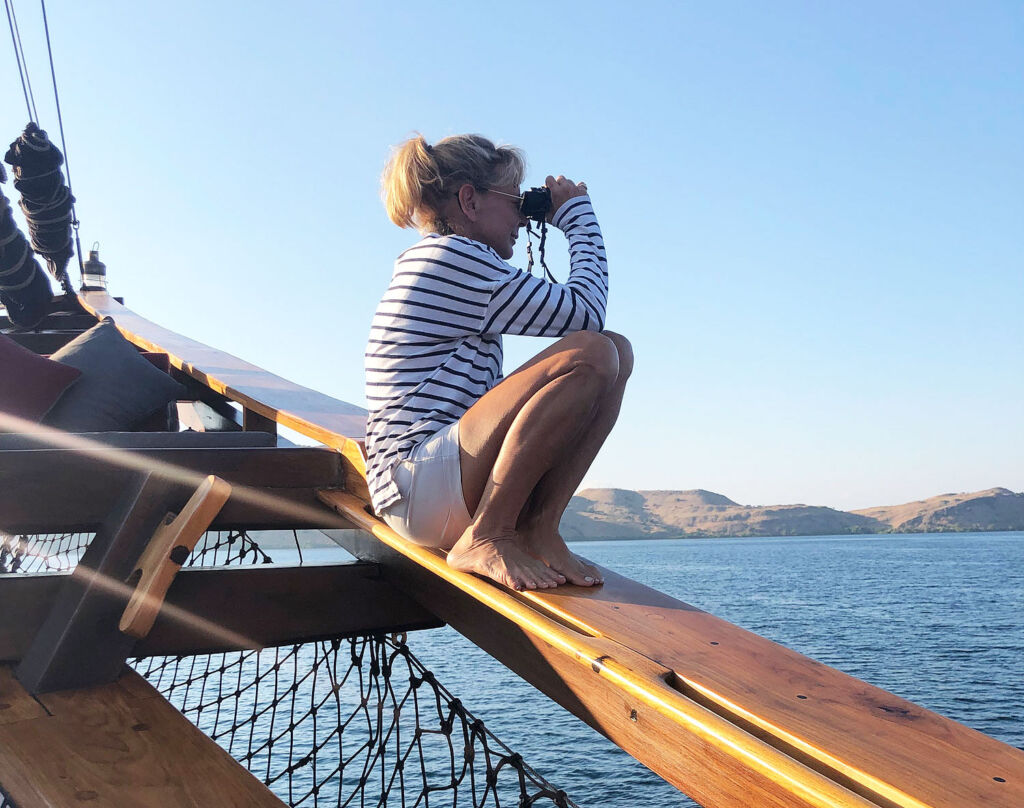 I was an explorer similar to those in “The Age of Discovery”, but instead of bringing objects back for the cabinet of curiosities and as specimens, I had a vision to collaborate with great Indonesian master artists and craftsmen to help me bring this idea to life. This project has taken over two years to get off the ground as every element and process from concept to completion are one of a kind’ firsts’.