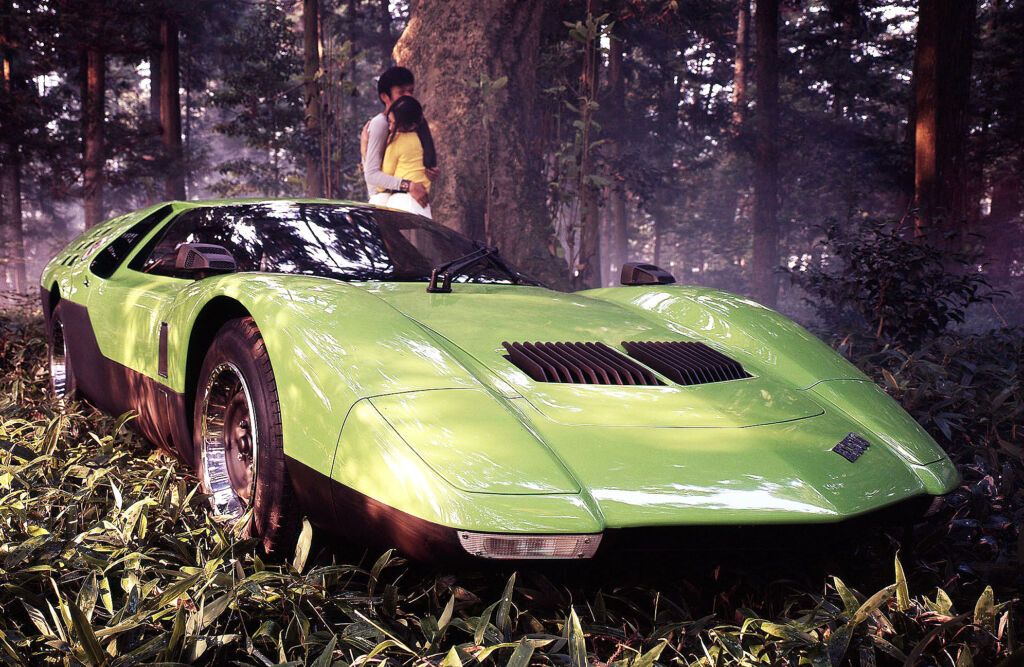 Our younger readers probably look at Mazda as a manufacturer of practical family cars and aside from their iconic MX-5 and the RX-7, don’t dabble in anything that could be considered extreme. However, this couldn’t be further from the truth. Over the years, Mazda’s design teams have created some extraordinary cars and none more so than the RX500.

The Mazda RX500 story began more than half a century ago in 1970. It was also the time when the Beatles released their ‘Let it Be’ album, which proved to be their last studio album and the famous words, “Houston, we have a problem”, were spoken by John (“Jack”) Swigert on Apollo 13.

1970 also played host to the 17th Tokyo Motor Show, which rather handily was also the 50th anniversary of Mazda. The late 60s and early 70s was an incredible time for automotive design. Mazda and others were constantly pushing the boundaries, and the motor show was the perfect opportunity for the Japanese manufacturer to showcase its talents and celebrate its anniversary by putting something very special together. 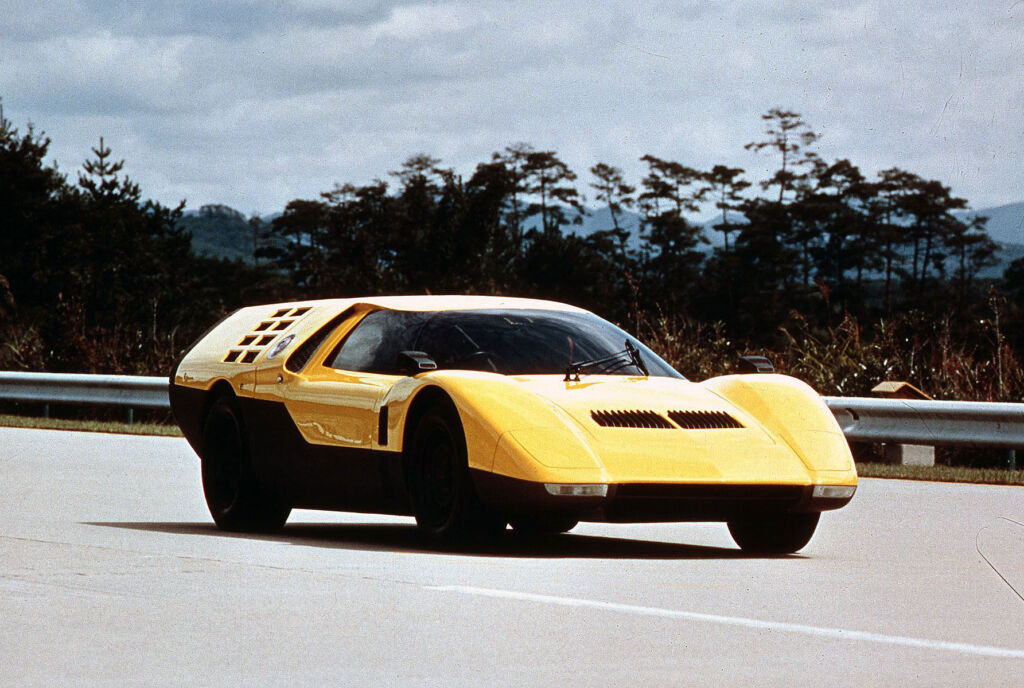 The surprise they revealed to the world came in the form of the streamlined RX500 replete with upward-opening doors and a design that looked like it came straight from a Gerry Anderson show.

When the silk sheet was removed from the RX500, it caused a huge amount of interest worldwide. One of the companies wowed by the cars incredible design was Matchbox; they had immediately recognised that it would be a sure-fire winner in the toy market. 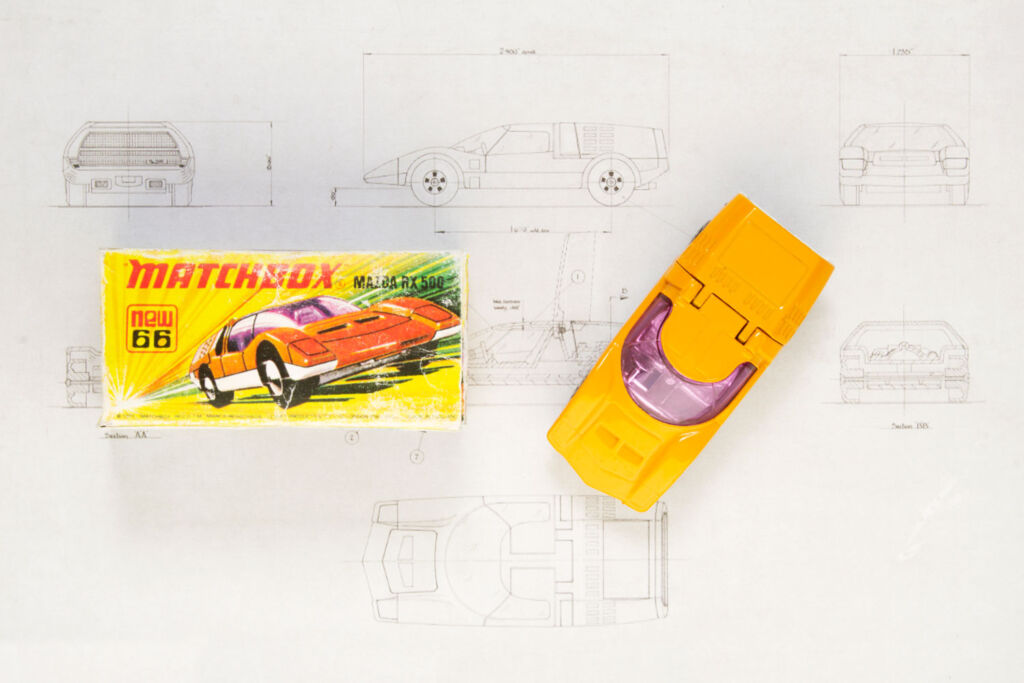 Matchbox decided to include the RX500 into its Superfast programme, which was their response to the Hot Wheels models created by Mattel. The Matchbox version was introduced in 1971 and was an immediate hit, due in no small part to its appeal in the US market. Even today, the 1:64 scale Matchbox models are highly collectable and in good condition, with a box still command surprisingly high prices.

When Mazda unveiled the RX500 at the 1970 Tokyo Motor Show, they probably had little idea that their design would find itself into 100,000s of homes across the world, inspiring many great automotive designs and instilling in many a dream of owning a supercar one day in the future. 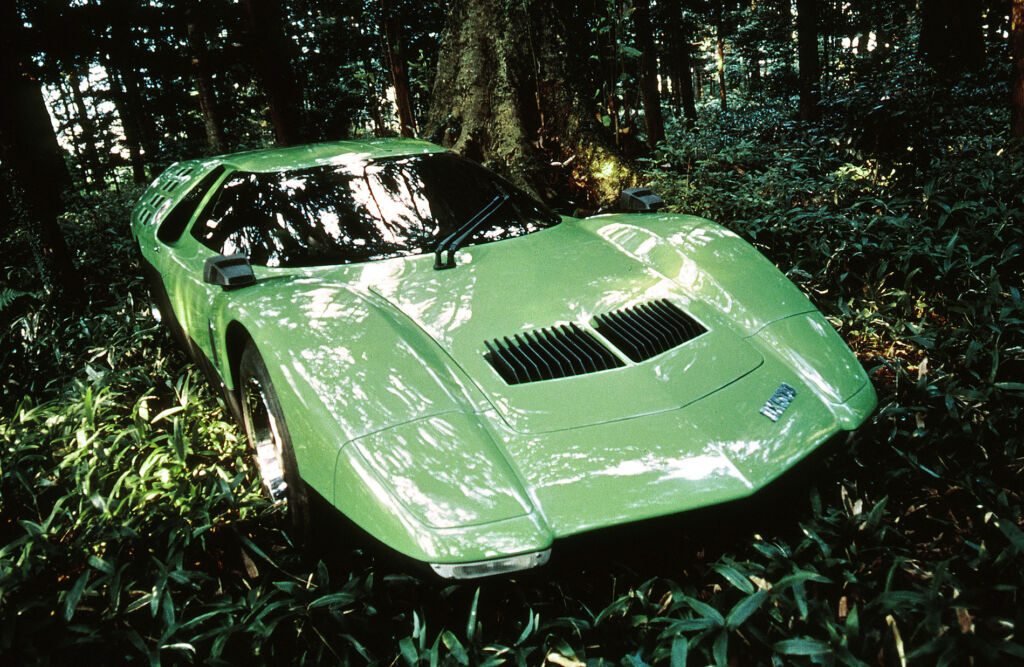 How the full-sized Mazda RX500 came about
Mazda had been experimenting with various materials for their vehicles, including plastic bodies. They knew that lighter-bodied, more aerodynamic vehicles could achieve speeds in excess of 200 km/h. However, what they needed was a vehicle to test their theories.

After being inspired by the film 2001: A Space Odyssey, designer Shigenori Fukuda decided to streamline a shooting-brake (estate) model. The idea was to design a car that has as little resemblance to an everyday car as possible. 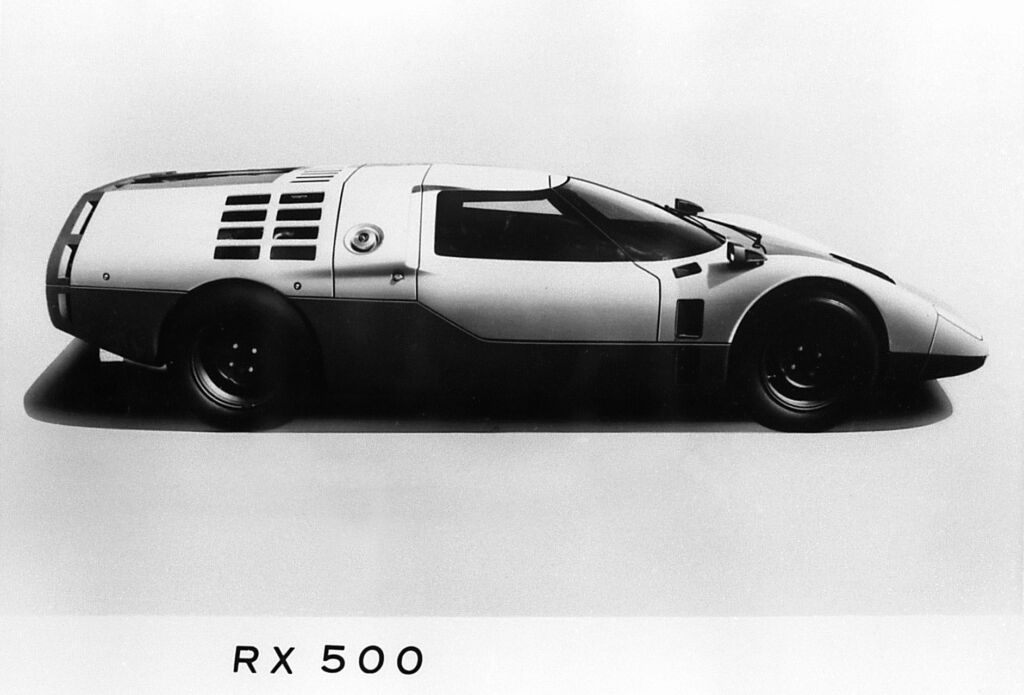 Fukuda-san incorporated a wide variety of design elements from fields as diverse as aviation and motorsport to achieve this. It’s also fair to say that sci-fi also played its part in the design, which is evident in the spaceship-like design in the rear of the car.

When it came to putting the idea down on paper, Fukuda-san had a working relationship with the Italian car body manufacturer Carrozzeria Bertone. He used this shared knowledge to soften the curves of the car and remove unnecessary straight lines. A wrap-around windscreen was also incorporated, which gives the car cabin a dome-like appearance. 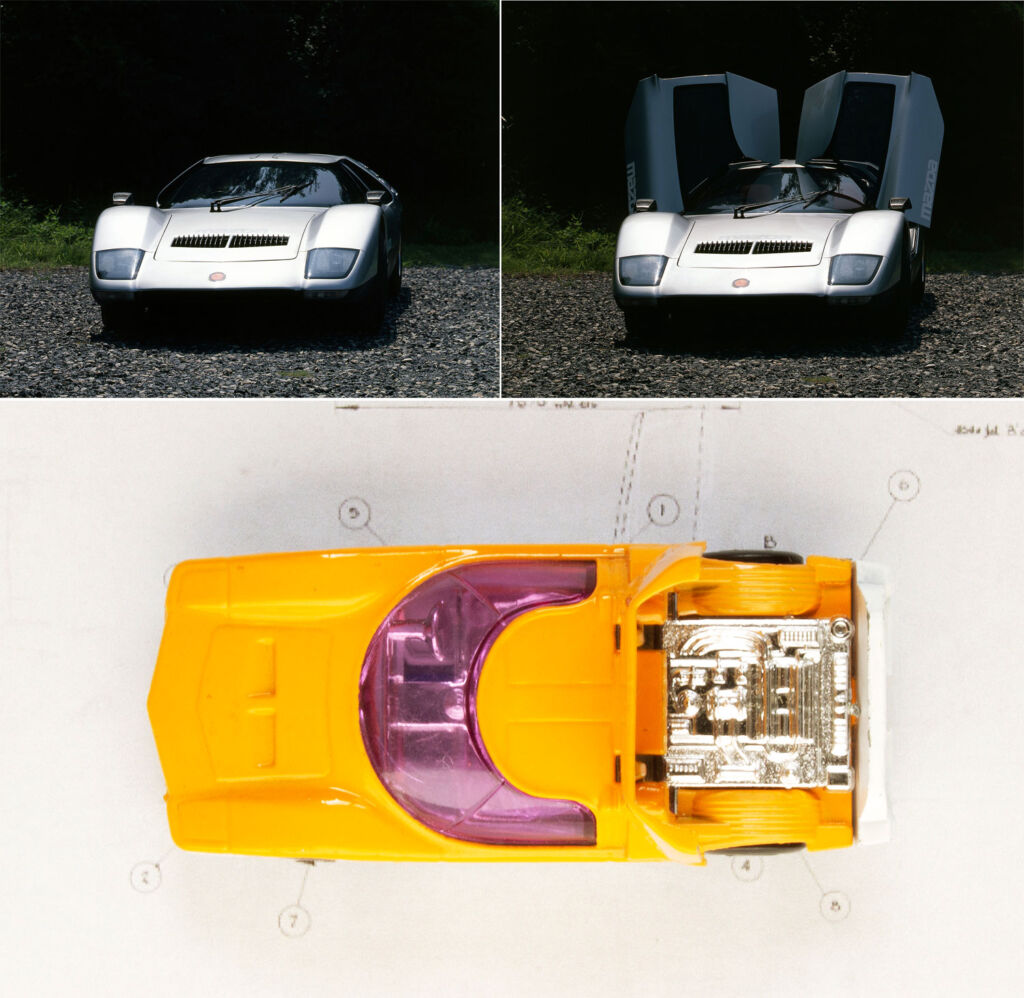 Although the RX500 had a pair of gullwing doors that acted like a split cover for the engine compartment, sadly, Matchbox’s designers found this too far of a stretch and instead took the easier option of a large hatch on their 1:64 scale model.

Inside the Mazda RX500
Inside the RX500 are two bucket seats, and facing them is a wrap-around dashboard. The car has a four-spoke leather steering wheel and behind this were three semi-circular instruments. The car had a four-speed transmission, the same one found in the Mazda Luce R130 coupé and entertainment came courtesy of an AM/FM radio. 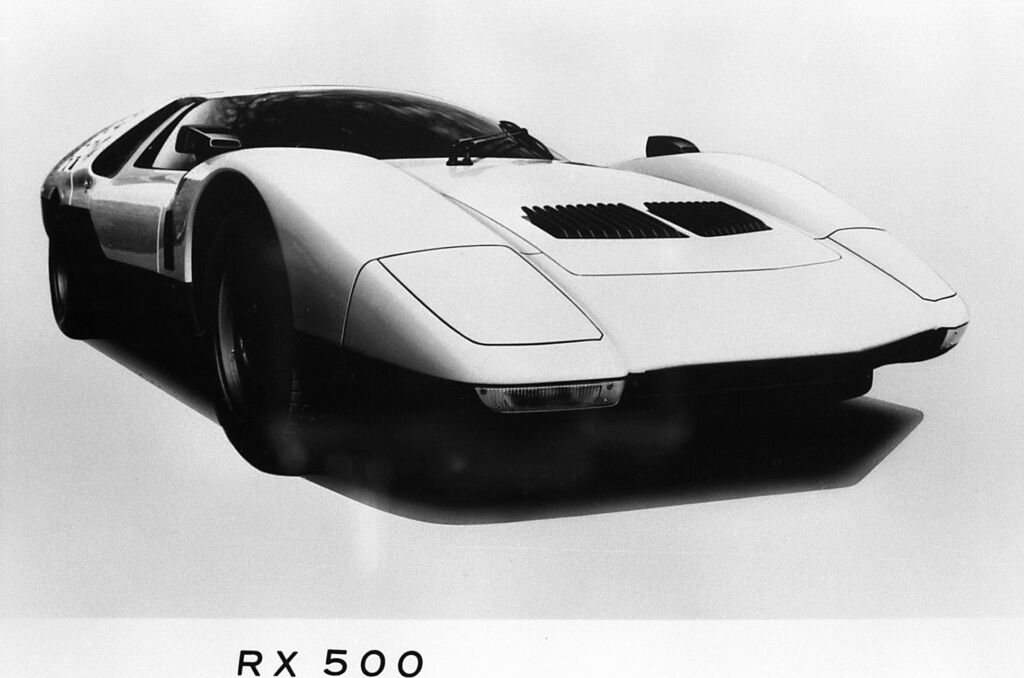 Was the Mazda RX500 a true supercar?
The RX500 was powered by an upgraded TYPE 10A rotary engine, placed in the centre of the vehicle immediately behind the driver. What the impact from the engine’s heat and the noise was to the driver is anyone’s guess and I would liken it to placing your ear on a washing machine when it’s on a spin cycle!

Although the chamber volume of the engine was only 982cc, it still managed to output 250hp and could rev up to an incredible 15,000rpm which was more than many Formula One cars at that time.

The car was capable of hitting speeds in excess of 240 km/h (150mph+), and this was down to it weighing just 850kg coupled with its amazing aerodynamic profile. The RX500 was one of the lowest profile cars in the world, standing just 1.065m in height which is just 41 inches. To get a better idea of just how ‘bonkersly’ small this is, when you get the opportunity, measure 41 inches next to your body and prepare to be shocked! 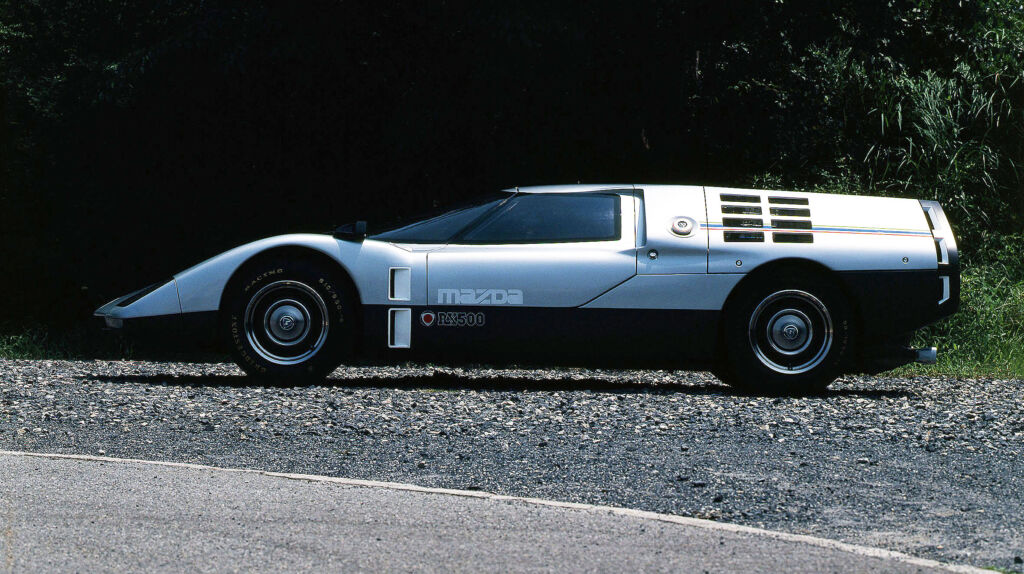 Sadly, the Mazda RX500 never made it into production, and this was due to the oil price crisis which began in 1973. Therefore only one Mazda RX500 was made, and today it is in a silver livery and is on display at the Numaji Transportation Museum in Hiroshima. 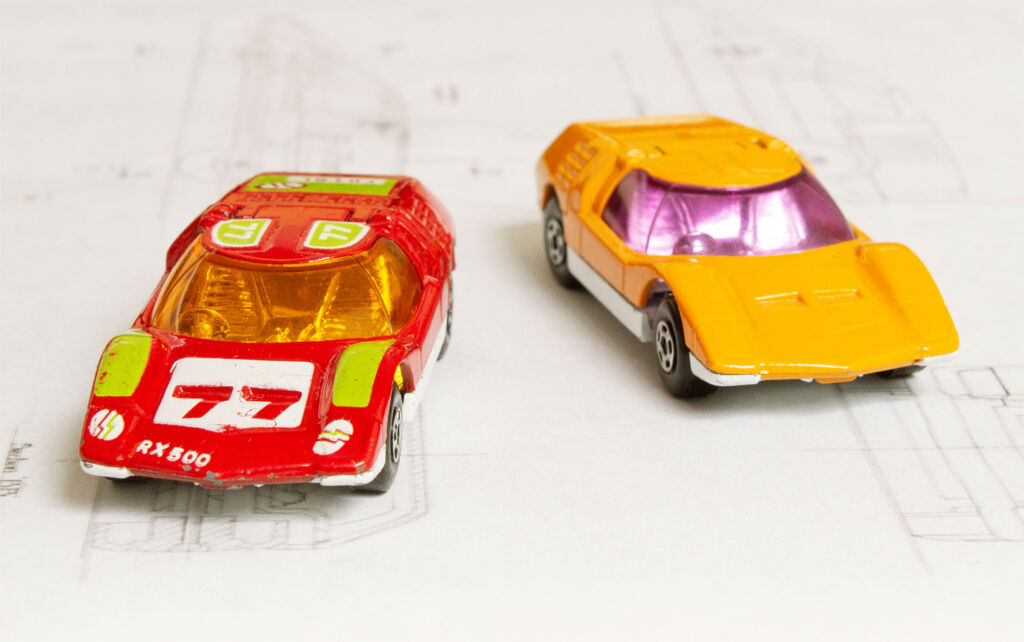 Fortunately, the oil price crisis had little bearing on Matchbox production. Their 1:64 scale model ran for four years before being reissued under the name of the Streaker in 1975, continuing in various colours for the next decade. 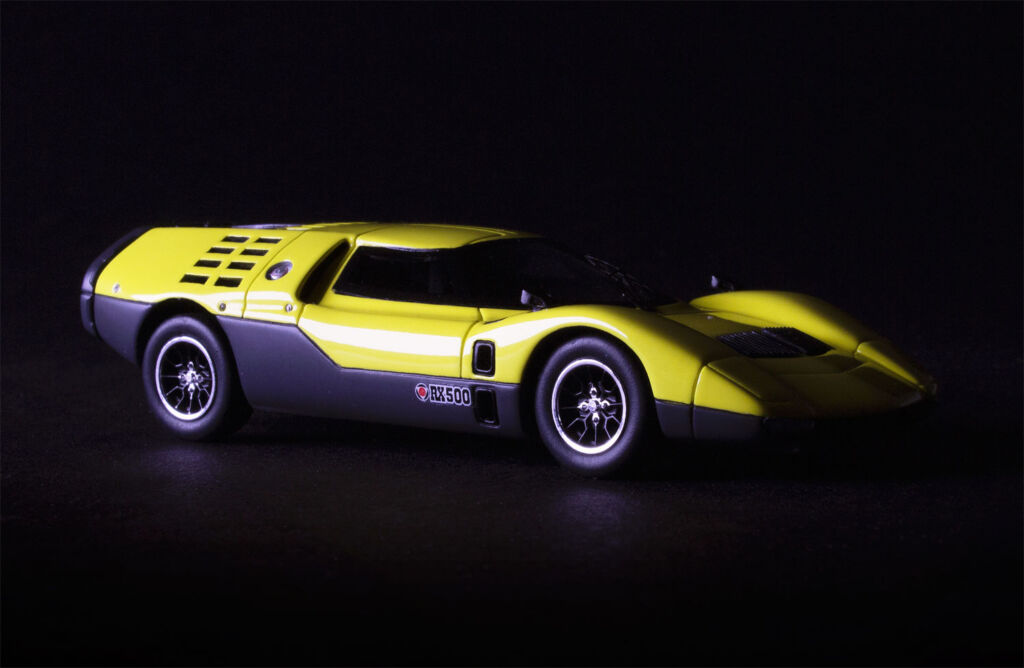 Although some might like the idea of having a Streaker in their bedroom, most I am sure will want to embrace the original. The good news is that companies such as Spark produce detailed models that are very similar to the original RX500, which should allow many adults today to relive their childhood dreams.