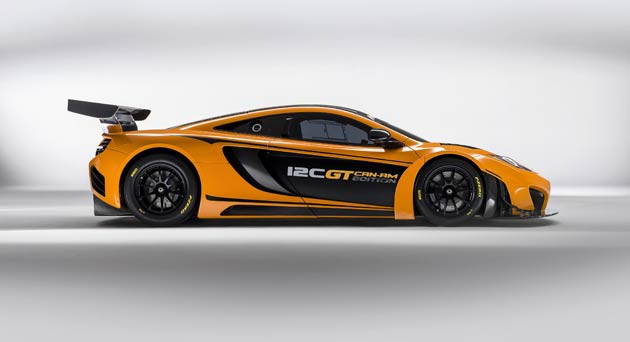 Following the successful premiere of the one-off design study at the Pebble Beach Concours d’Elegance earlier this summer, at an exclusive event ahead of the 2012 United States Grand Prix at the Circuit of the Americas, McLaren GT has confirmed plans for a limited production run of the track-focused 12C GT Can-Am Edition.

The limited edition track-special pays tribute to Bruce McLaren and Denny Hulme who successfully raced a series of McLaren models in the Can-Am series, claiming a string of championships between them for Bruce McLaren Racing. 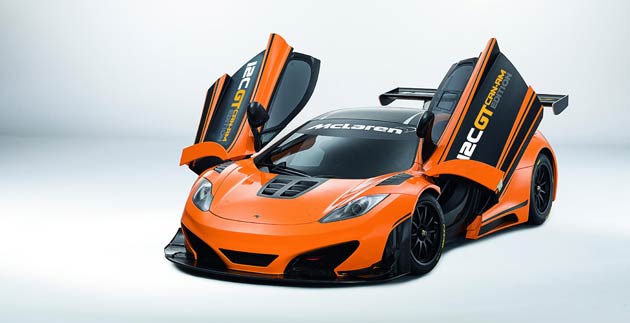 McLaren GT, the race car manufacturing arm of the McLaren Group, will produce no more than 30 examples of the 12C GT Can-Am Edition. Billed as the ‘ultimate track car’, these will not be subject to the usual racing regulations of the successful 12C GT3 racer on which it is based. Each will be fitted with an unrestricted version of the familiar 3.8-litre twin-turbo V8 engine with a unique engine calibration, and optimised cooling system to increase the power output of up to 630hp, making the 12C GT Can-Am Edition the most powerful 12C produced to date.

The dramatic appearance of the 12C GT Can-Am Edition is dominated by the large carbon fibre rear wing. This forms part of a unique high downforce aerodynamic package which has been honed by McLaren Racing using Formula 1 technology and simulation, and offers an increase in downforce by 30 per cent. Further carbon fibre components enhance the styling of the track car, further differentiating it from the GT3 racing version. These include door mirror mounts and covers, engine cover vents, side radiator intake vanes, sill covers and badges. 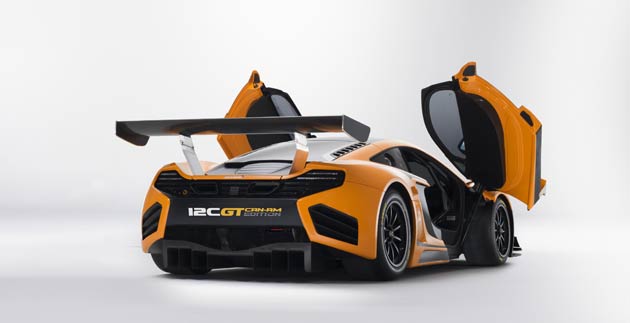 Sharing the same carbon fibre MonoCell chassis as the groundbreaking 12C and 12C Spider, the 12C GT Can-Am Edition is also fitted with a full FIA-approved race-specification rollcage. Inside the cockpit are two black race seats, complete with full six-point harnesses, and a unique McLaren GT steering wheel carried over from the 12C GT3 race car. The shape and grip of the steering wheel is derived from the McLaren MP4-24 Formula 1 car. An integrated motorsport air conditioning system is incorporated into the bespoke lightweight carbon fibre dashboard adding a touch of racer comfort.

Buyers of the 12C GT Can-Am Edition will also be able to benefit from bespoke support packages from McLaren GT.

Andrew Kirkaldy, Managing Director of McLaren GT explained: ‘The 12C Can-Am Edition concept shown at Pebble Beach earlier this year was purely that, a one-off design study. However, the reaction and response following the unveil was remarkable. It is a real testament to the performance and results of the McLaren GT customer teams this year, still only in the debut competitive season, that there is such a strong demand for this type of track-day special.’

Kirkaldy continued: ‘The Can-Am name holds significant historical provenance for the McLaren brand, and those early racing cars of Bruce McLaren and Denny Hulme were truly incredible machines. To be able to produce this unshackled limited edition version of the 12C, I think is a fantastic way to resurrect a glorious chapter in the company’s past.’ 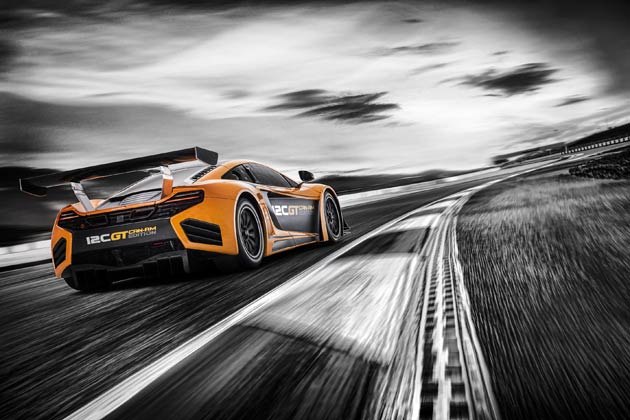 The 12C GT Can-Am Edition will be strictly limited to a production run of no more than 30 cars, costing £375,000. Each will be built at the new home of McLaren GT in Woking, with production commencing from March 2013.