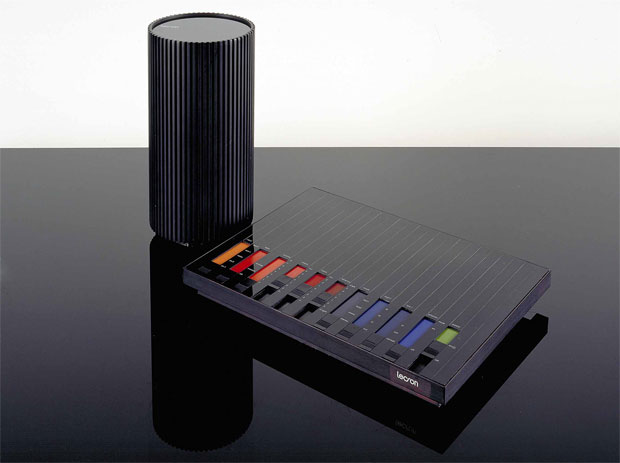 The Lecson Audio system created by the co-founders of Meridian Audio, Britain’s leading manufacturer of high-end audio and visual entertainment systems, is to feature in the forthcoming ‘British Design 1948-2012: Innovation in the Modern Age’ exhibition taking place at the V&A Museum in London (UK) between 31 March to 12 August 2012. The prestigious event will highlight significant moments in the history of British design and innovation during the last 60 years.

The Lecson Audio system, which was created in 1974, three years before Allen Boothroyd and Bob Stuart established Meridian Audio, will join other quintessentially British exhibits in the collection such as the Morris Mini Minor from 1959 and a newly commissioned model of Zaha Hadid’s London Aquatics Centre which will be used during this year’s Olympics. One of the most innovative products of the 1970s in any field, the Lecson reinvented the relationship between design and function. Prior to its release, hi-fi equipment was housed functionally and often took the form of regular grey boxes with knobs, representing the height of artistic endeavour. The aesthetic of hi-fi products therefore remained unchanged for many years, that is, until the Lecson.

Meridian’s avant-garde design did away with the monochrome, boxes and knobs. The power amp was housed not in a dull cube of metal, but in a ribbed cylinder which was not only striking to look at but designed to dissipate the necessary heat. The control unit was not simply a block of buttons but used a spectrum of coloured keyboard-like sliders, making it both fantastically bold and incredibly intuitive. The Lecson had made the leap from something that was not only acceptable as a piece of equipment, but also desirable as an objet d’art. In 1976, it was selected for the New York Museum of Modern Art (MOMA)’s permanent collection, and it was this iconic piece for which Bob Stuart and Allen Boothroyd won the first of three British Design Council Awards in 1974, 1982 and 1988. Now sought after by collectors, it is thought that approximately 50 Lecson systems are still in existence. At auction, they fetch over £1,000 (c. US$1,500).

Meridian, which continues to be directed by founders Bob and Allen, has always been at the cutting edge of audio technology and design and continues to retain the philosophy that design should not only incorporate aesthetics but functionality too. To this end, beyond creating extraordinary sound, Meridian products have set new standards for elegant and iconic design. Stephen Bayley, one of the world’s best known commentators and authors on modern culture and design, describes Meridian as: “the E-Type of consumer electronics: sleek, technically advanced, and desirable. Each is that rarest of things : a British masterpiece of industrial design.”

Commenting on the upcoming British design exhibition at the V&A, Meridian’s Allen Boothroyd said: “We are very proud that one of our earliest and most influential products has been selected to be part of this prestigious exhibition. For the Lecson to be shown at the V&A alongside products from other iconic British brands such as Jaguar, Alexander McQueen and Concorde is a privilege. This exhibition represents the rich heritage and the finest craftsmanship of British manufacturing for which this country has become renowned and towards which we are very honoured to have contributed since we started out 40 years ago.”

Since the release of the Lecson, Bob and Allen’s work has continued to re-define the consumer electronics industry. Working from Meridian’s headquarters in Cambridgeshire, UK, they have retained their position at the forefront of the high-end consumer technology sector. Their innovations and focus on complete systems over individual products have included the world’s first audiophile CD player, the world’s first consumer digital surround controller and the Meridian Lossless Packing system, now employed world-wide as the technology that underpins high-resolution audio on DVD-Audio and Blu-ray Discs. In total, Meridian Audio has been honoured with over 165 awards from around the globe, in addition to the three coveted British Design Council Awards for Outstanding British Products which Bob and Allen have received for their distinguished creations.