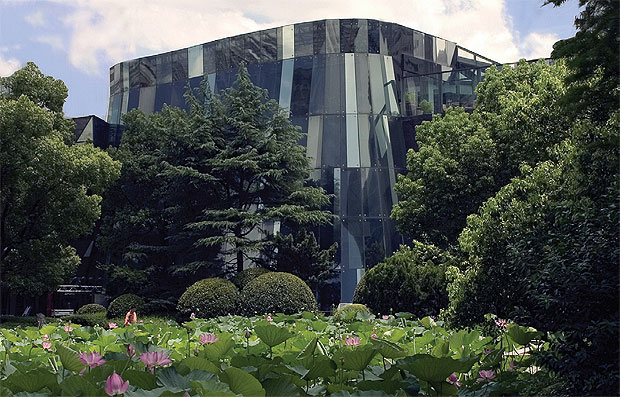 The Museum of Contemporary Art in Shanghai – MOCA Shanghai, will be hosting “Van Cleef & Arpels, Timeless Beauty”, a heritage exhibition, from 20th May to 15th July 2012. 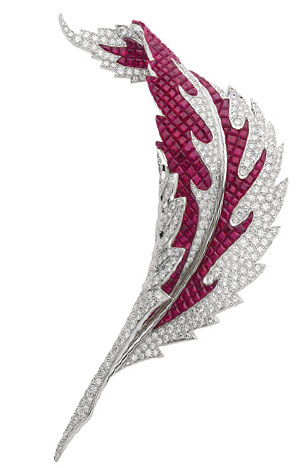 Spanning over 100 years of history, the exhibition will allow visitors to view jewellery, watches, and precious accessories, as well as archive drawings and documents of the place Vendôme Maison. For the first time in China, more than 370 pieces gathered from the Maison’s Collection and from private French and International owners will be on display.

Set in a dreamlike scenography designed by Patrick Jouin and Sanjit Manku, the creations will be presented on two levels, in an 1200 sq. metres space. The area will be transformed into a journey built around four themes: Exoticism, Nature, Elegance and Femininity. This immersion into Van Cleef & Arpels’ style is also the opportunity to discover the Maison’s unrivalled savoir-faire, passed on by generations of Mains d’Or, the magic of exceptional Pierres de Caractère, not to mention the stories attached to some of the pieces that have achieved mythical status. From iconic pieces to the legendary women who wore them and contributed to the reputation of the Maison, “Timeless Beauty” highlights the enduring legacy and the constantly renewed creativity of Van Cleef & Arpels.

Van Cleef & Arpels, since 1906…
The history of Van Cleef & Arpels began with a love story when, in 1895, Estelle Arpels, the daughter of a precious stone merchant, married Alfred Van Cleef, the son of a lapidary and diamond broker. In 1906, their passion for jewellery and an entrepreneurial spirit led them to go into business with Estelle’s brothers, Charles, Julien and Louis, and open a boutique at 22, place Vendôme, in an area renowned for its elegance and luxury. Van Cleef & Arpels was born. The jeweller’s Parisian address has never changed, becoming its hallmark. The Maison’s reputation, which spread among the international elite, soon allowed it to open up branches in the most fashionable seaside and resort towns throughout the world.

In the 1930s, a second generation came on the scene. From 1926 to 1942, the daughter of Alfred and Estelle, Renée Puissant, great Artistic Director of the Maison, marked the collections with the stamp of her inspired creativity. Julien Arpels’ sons, Claude and Jacques joined by their brother Pierre after the war, were also initiated into the profession. Gifted with an enormous energy and an innate business sense, Jacques seemed destined to take over the main office in Paris. After a visit with his father and uncle Louis to the United States, Claude decided to set up in New York in 1939, where he would head the business until 1990.

During this first half of the century, the Maison also developed new expertise and creations that would become real signatures: an ingenious clutch bag called the Minaudière™ precious case, the Mystery Setting™ technique making the metal disappear under the precious stones, the convertible jewel Passe-Partout or the innovative Zip™ necklace inspired by the zipper.

The elegance and ingenuity of the creations, but also the use of the most precious and rarest materials allowed Van Cleef & Arpels to seduce royal and princely families, Hollywood icons and the most discerning clientele whose highest standards and impeccable taste demand ‘‘only the best’’. Some of these legendary names include Prince Aga Khan, Queen Sirikit of Thailand, Indian Maharajas, Princess Fawzia of Egypt, the Empress of Iran Farah Diba, the Duke and Duchess of Windsor, Grace Kelly, Jacqueline Kennedy‑Onassis, Marlene Dietrich, Ava Gardner, Elizabeth Taylor, Romy Schneider, Sophia Loren and Maria Callas. One of the latest creations by the Maison was the Océan set given by His Serene Highness Prince Albert of Monaco to Her Serene Highness Princess Charlène on the occasion of their marriage on 2nd July 2011: a white gold diadem set with diamonds and blue sapphires that transforms into a necklace.

Today, Van Cleef & Arpels continues to be renowned for its innovative techniques and designs which include only the highest quality gemstones. Successive collections have perpetuated a highly original style defined by poetry, culture, grace and femininity, which allowed it to exert its influence throughout the world. At the beginning of 2012, the Maison is present in Europe-CIS, United-States of America, Brazil, Middle East and Asia through a network of 92 boutiques, including 3 Maisons : in Paris (place Vendôme), New York (Fifth Avenue) and Hong Kong (Prince’s Building).

Van Cleef & Arpels and China
At the beginning of the 20th century, far-away civilisations, particularly the East and the Far-East, inspired a strong fascination in Europe. Although situated at the heart of the Parisian High Jewellery world in place Vendôme since its foundation in 1906, the Maison nevertheless looks to the East for the exotic inspiration that fuels its imagination. The influence of Chinese culture and aesthetic (designs, colours, hard stones) is expressed through highly creative jewellery and watchmaking pieces, precious accessories and objets d’art.

Van Cleef & Arpels, which participates in the Exposition Internationale des Arts Décoratifs in 1925, is one of the forerunners in the creation of the jewellery “à l’Oriental”. The trend for exoticism is at its height in 1931 at the Exposition Coloniale Internationale in Paris that draws millions of visitors. On the Maison’s stand, viewers are charmed by a set of yellow gold jewellery named Chapeau Chinois, inspired by the Asian hat worn in the rice paddies, and awarded ‘‘Grand Prix’’.

Today more than ever, Van Cleef & Arpels nurtures this enduring kindred spirit with China. In 2012, the “Timeless Beauty” exhibition at the MOCA Shanghai, sponsored by former French Prime Minister and Vice-President of the French Senate Mr Jean-Pierre Raffarin, will be the crowning moment of a strong relationship started nearly a century ago.