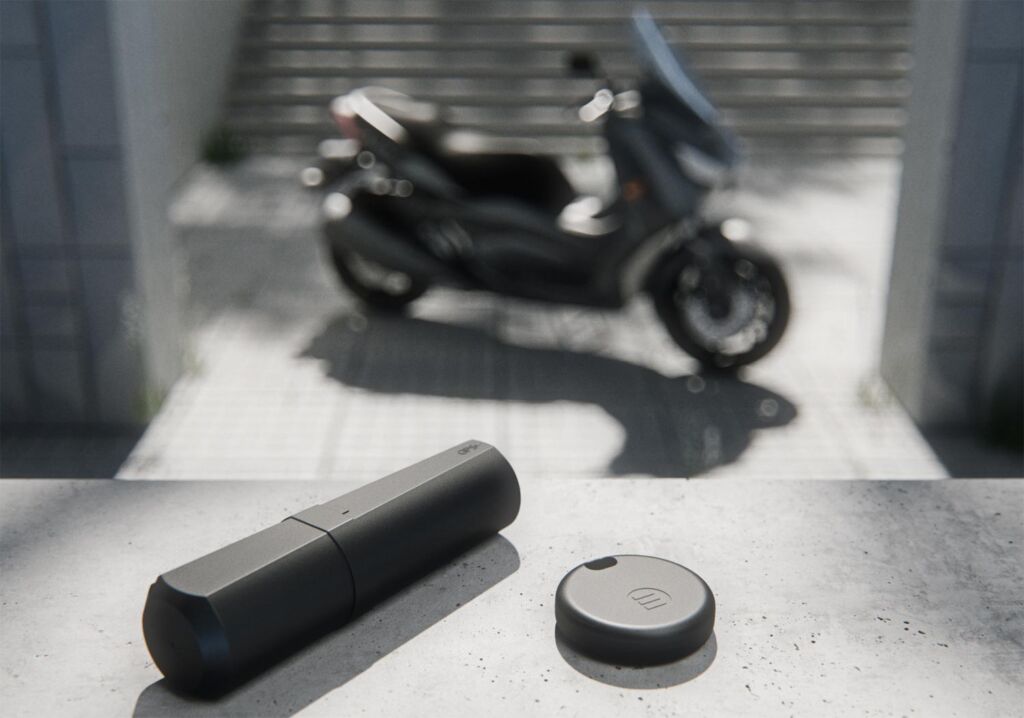 Motorcycle owners know that a bike is far more than a form of transport; it’s something you become emotionally attached to. Theft of one can be devastating, so ensuring you have the right security in place is paramount, and this is where the Monimoto Tracker comes into play.

Monimoto is a new company manufacturing an innovative smart tracker system for motorcycles. To help them to achieve their vision, they launched a Crowdcube campaign with an initial funding target of €300,000 which they’ve already far exceeded.

The campaign has proven to be so successful they decided to extend it by a further seven days to encourage more people to join them in the fight against motorcycle theft. The funding now enables Monimoto to increase its product offering, scale up its team and launch into new markets such as North America.

Motorcycle theft is a problem showing little signs of going away and with 1.25 million motorcycles just in the UK, it’s encouraging more and more thieves to come out of the woodwork and they’re finding too many easy targets. To throw some lights on just how big a problem it is, in 2019, close to 40,000 motorcycles were reported stolen in the UK.

Tracking systems have been around for a while, but they have to be wired to the motorcycle, meaning two things. They can be disconnected quickly by thieves who just cut the system’s wires to the battery; secondly, they drain the bike’s battery. Monimoto offers a different product as it has its own power supply from batteries and can be easily hidden anywhere on the motorbike.

Thieves won’t be able to locate it before it has notified the owner something is happening to their machine. The owner can then track their motorcycle from an app on their phone if the bike should move. Monimoto offers full coverage so you can follow it wherever you are in the world.

Andrius Bruno Rimkūnas, the founder of Monimoto, comments: “Since we’ve launched, we have consistently invested in our technology. Our progress (and results) have been amazing as we are the most reliable and easy-to-use smart Tracker out there that is actively stopping motorcycle theft. We want to make tracking synonymous with Monimoto by enabling our community of bikers to share in our success and lead the charge in becoming the number one smart tracker for motorcycles.” 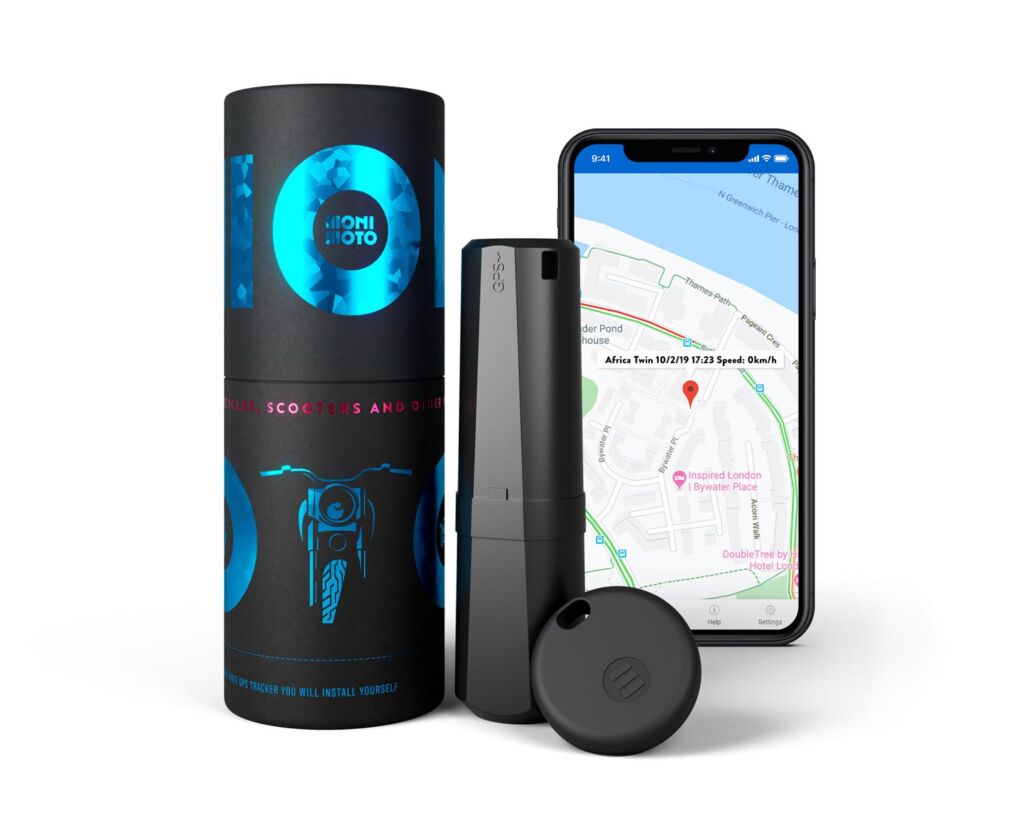 About the Monimoto Tracker
The Tracker is a 4.9-inch-tall cylinder-shaped device which has a SIM-card to connect to GPS. Also, Bluetooth connectivity and antenna (2G or 3G depending on the model) to communicate with the cellular towers and provide location tracking. Compact it fits in your palm, allowing easy concealment on any machine. No thief would discover the Tracker, which is the benefit of the Monimoto.

When the key is out of Bluetooth range, the Tracker is armed. Anyone without the Monimoto key trying to move your motorcycle, sets the device into alert mode, calling you while also sending location coordinates.

The key is a small plastic device that fits onto any keychain or can be safely stored in a pocket. The key and Tracker communicate, informing the device if the keyholder is near the motorbike. If they are the system is disarmed, but once the owner moves away from their machine, the tracker arms ready to protect the bike.

As I mentioned the system works with an App which you download to your phone, it controls the system superbly. All functions of the Monimoto are covered, battery status, a log of any incidents, and most importantly, you get a call if the machine is moved. Something you don’t want to happen, but you know you are covered if the worst ever takes place.

I have not tested the Monimoto tracker as yet, but I can see the peace of mind it offers having one in place. Notifying you of any movement of your machine and help with recovering your precious motorcycle in the unfortunate event of being stolen. The price of the unit and subscription are small compared to the heartache caused by the theft of your machine.

Prices start at £149 and a £2.70 per month sim card subscription. The devices include a SIM card which is required to make calls and send data.

The Monimoto app is available for both Android and iOS devices, and this will be necessary for the initial setup. For more information, visit https://monimoto.com/uk.