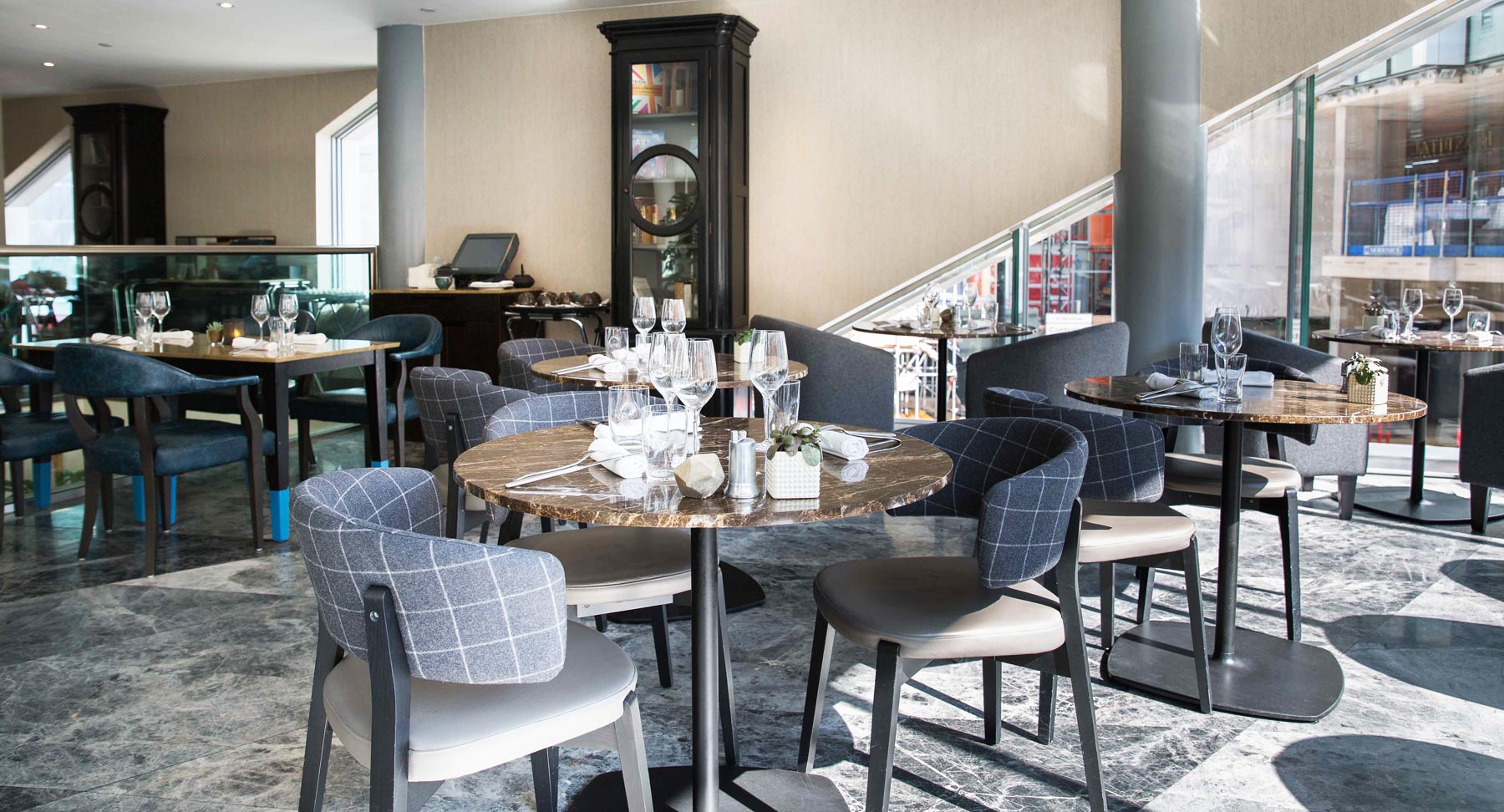 Online Editor, Simon Wittenberg, heads back to the five-star M by Montcalm Shoreditch London Tech City hotel to sample the latest dining experience at the PLATE Restaurant, Bar and Bake.

Taking the place of Tonic & Remedy that we reviewed back in 2016, PLATE Restaurant, Bar and Bake is an interesting concept – upstairs it’s a restaurant, and on the ground floor it’s a bakery. It’s the brainchild of Chef, Arnaud Stevens, who has previously worked with the likes of Pierre Koffmann, Gordon Ramsay, Gary Rhodes and Jason Atherton.

Overlooking the hustle and bustle of City Road which leads up to the Old Street roundabout, there isn’t one single ounce of traffic noise. The décor has been nicely designed – it’s simple, but still has that element of chic about it. The kitchen is open, and therefore you can see the team hard at work throughout your meal. 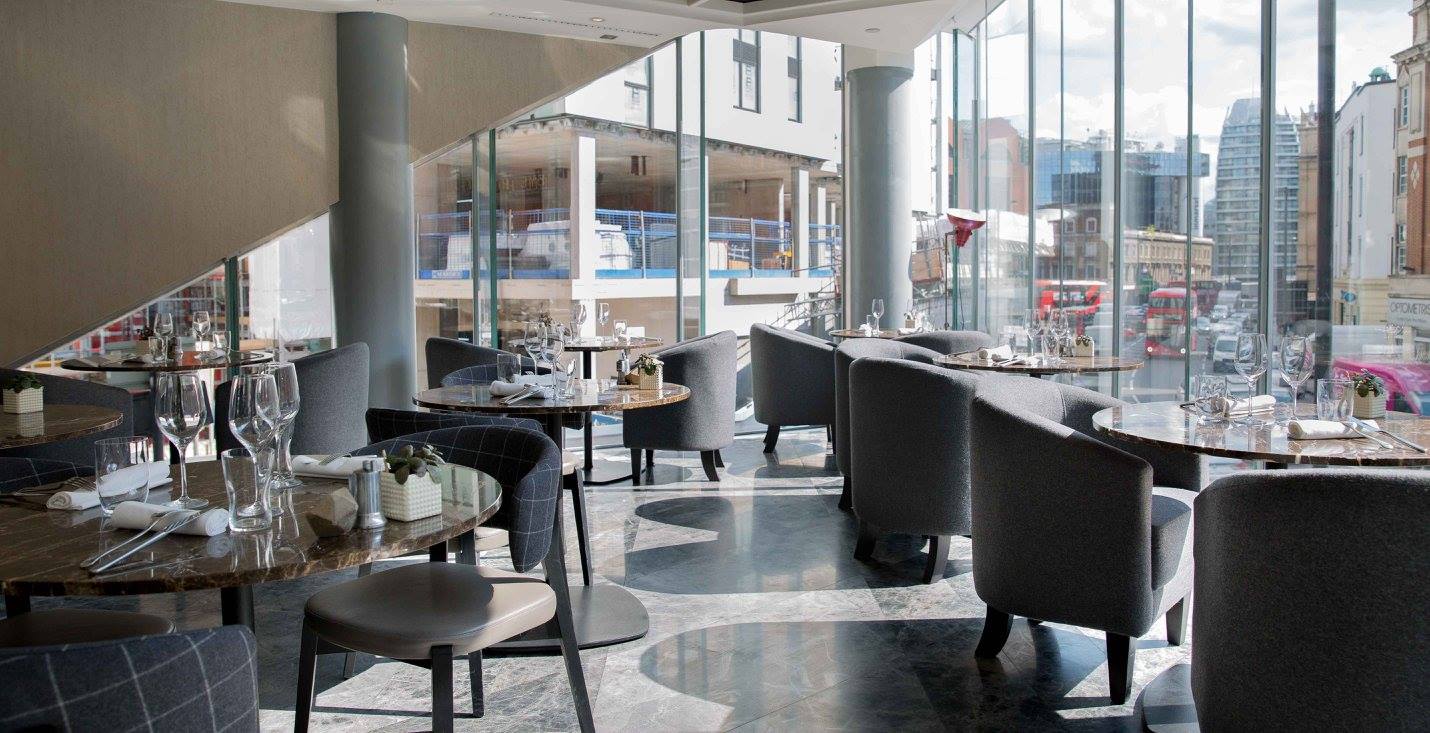 The 21-option menu at PLATE, which ranges from pork chops to Cornish mackerel, is not split into traditional courses like you would see in other restaurants. It’s therefore up to you how your meal pans out, and the idea of Stevens is that diners mix and match.

The à la carte is made up of a series of snack-sized dishes, ones to share and full portions to have on your own, and as our host explained upon our arrival, they are brought out depending on when the chef prepares them. The only downside to this philosophy is that it can leave you eating at different times to your guest depending on when the dish has been made, and whether it’s hot or cold. 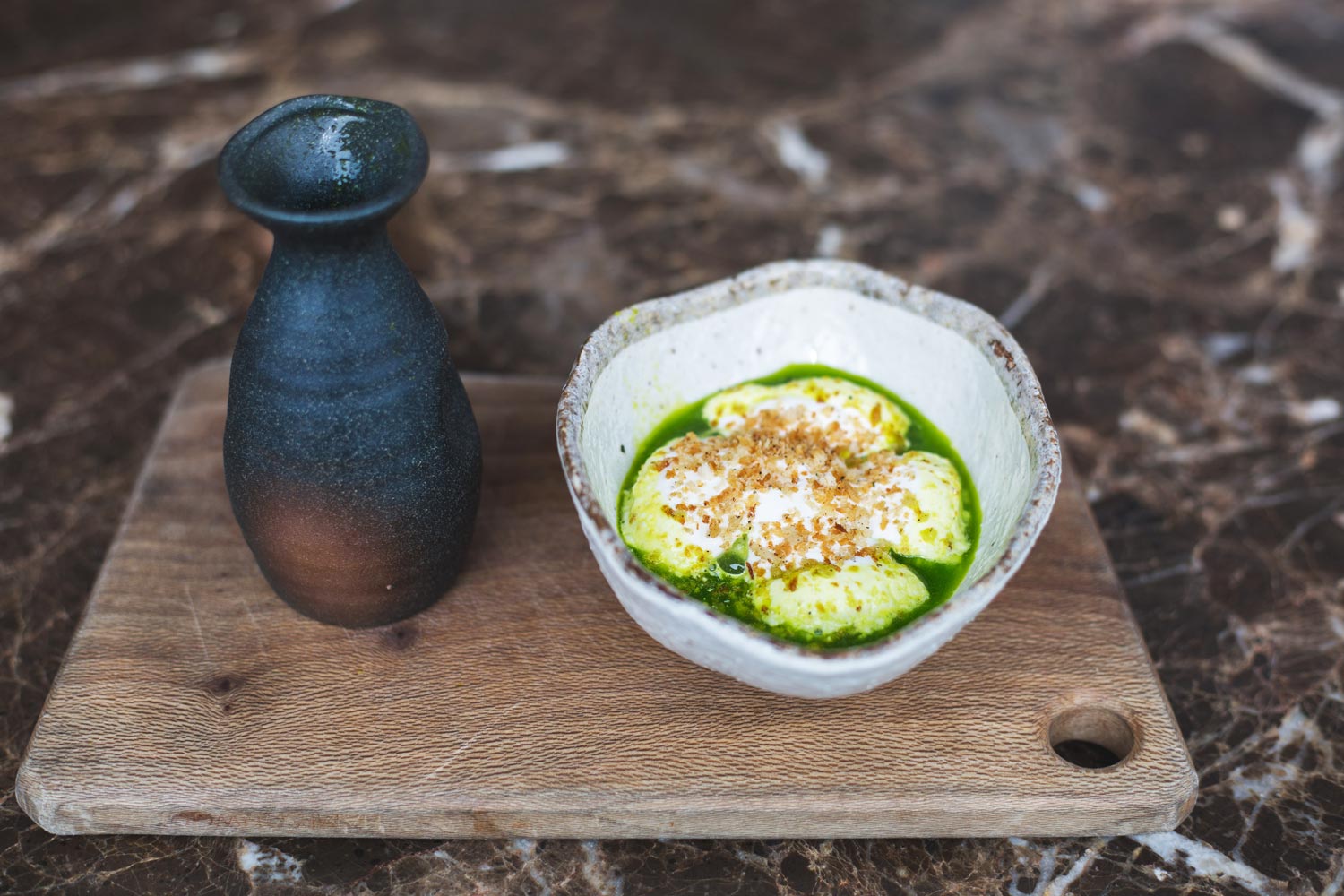 The staff at PLATE are very attentive, so they will adapt the dishes as far as possible to suit specific dietary requirements and they certainly delivered on this. Some of the descriptions on the PLATE menu are quite flamboyant for what the dishes really are. For example, the seasonal greens (£3.50) turned out to be a bowl of cabbage. Similarly, the Agata potato (£4) with crème Fraiche, dill and chervil – a herb related to parsley, was also plainer than we would have liked, and really needed to be joined with something else. 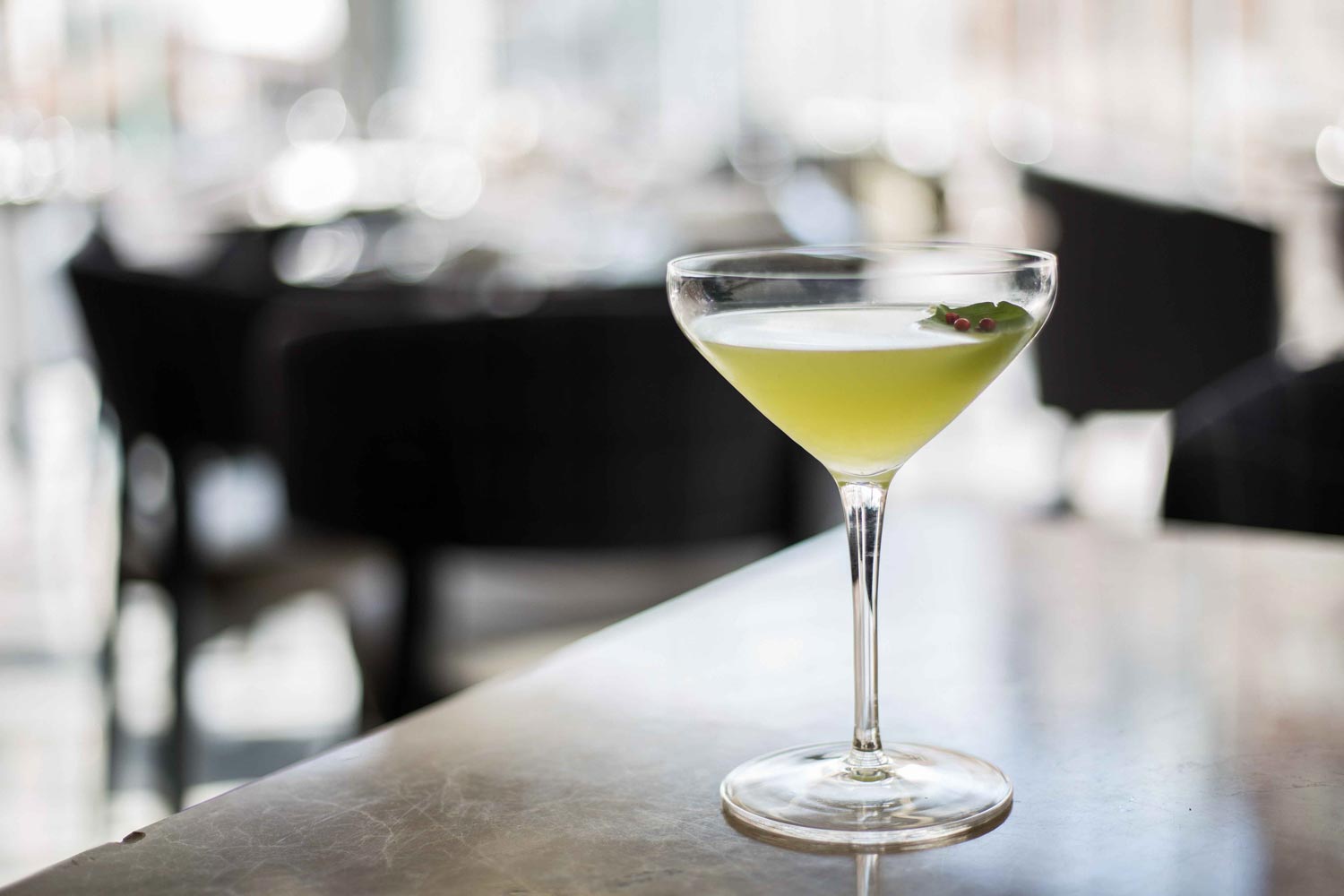 There are a few red and white wines to choose from, and the bar also has a few cocktails on the list, but they can equally concoct some virgin versions such as the Piña Colada mocktail which we tried.