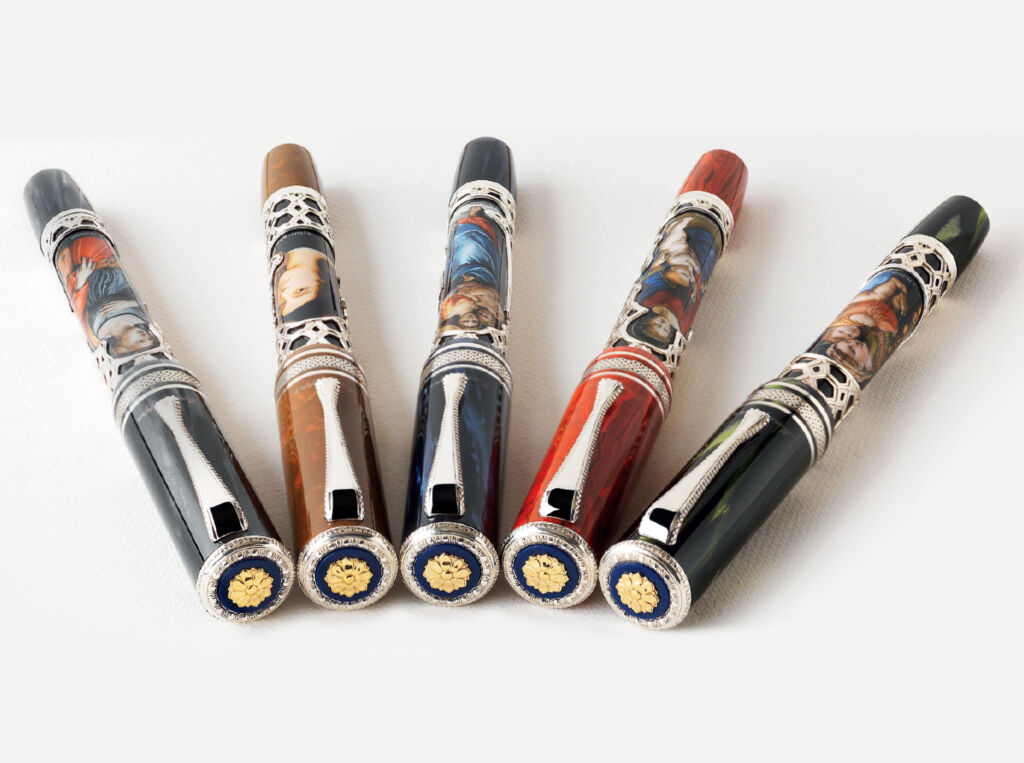 The latest addition to Montegrappa’s Genio Creativo Series is the Raffaello 500th Anniversary which is an extremely limited edition collection of handcrafted micro-brush painted pens by Alessandra Malesan which pay homage to the iconic artist more commonly known as Raphael.

Over the past ten years, Montegrappa has wowed us with their skills and artistry. During this time they’ve produced some amazing pieces which, without a doubt, could be considered, true works of art in one’s pocket. They have done it again with their Raffaello 500th Anniversary collection.

Just twenty-five pens will be available in this collection with five examples of each design comprising of the following: 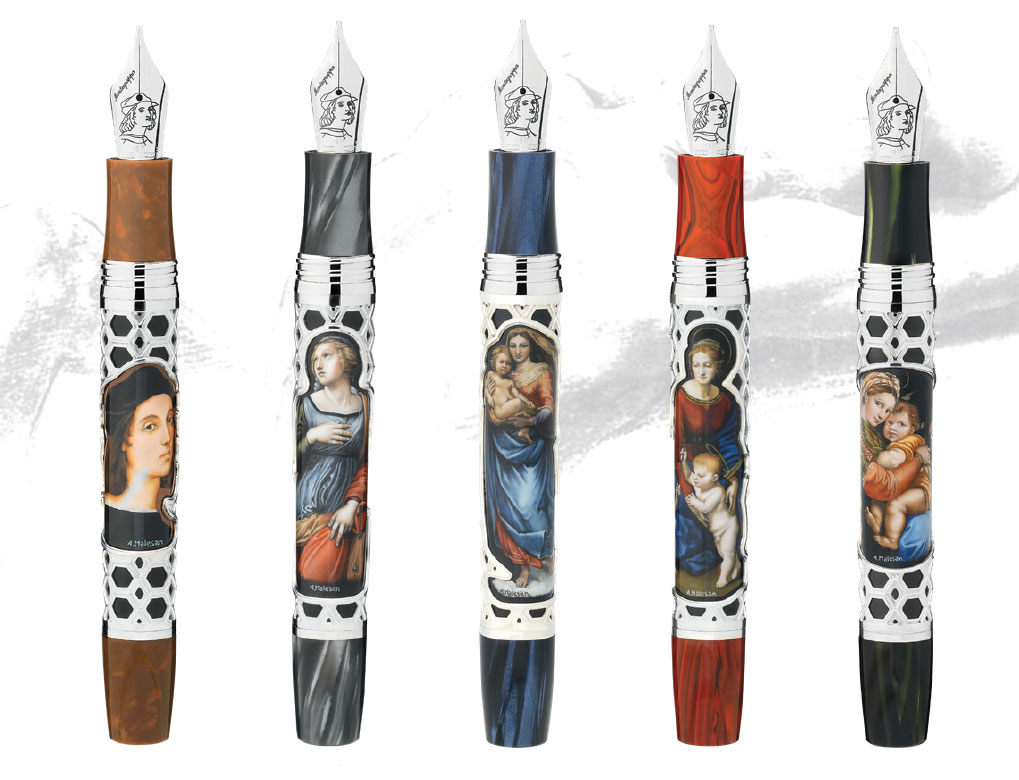 Who was Raffaello of Raphael?
Raffaello Sanzio da Urbino also known as Raphael, was an Italian painter and architect of the high renaissance. Alongside Leonardo da Vinci and Michelangelo, he makes up the trinity of great masters of the period.

His artworks are found in the world’s most prominent cultural institutions, and even the Vatican has what it calls the Raphael rooms which were opened to the public earlier this year.

Although the Montegrappa Raffaello 500th Anniversary pens are obviously not via the hand of this great master, they do bear the personal hallmark of a highly-talented artist.

Each of the pens which carries a reproduction of some of Raphael’s most admired works were micro-brush painted by the atelier’s own artist Alessandra Malesan. 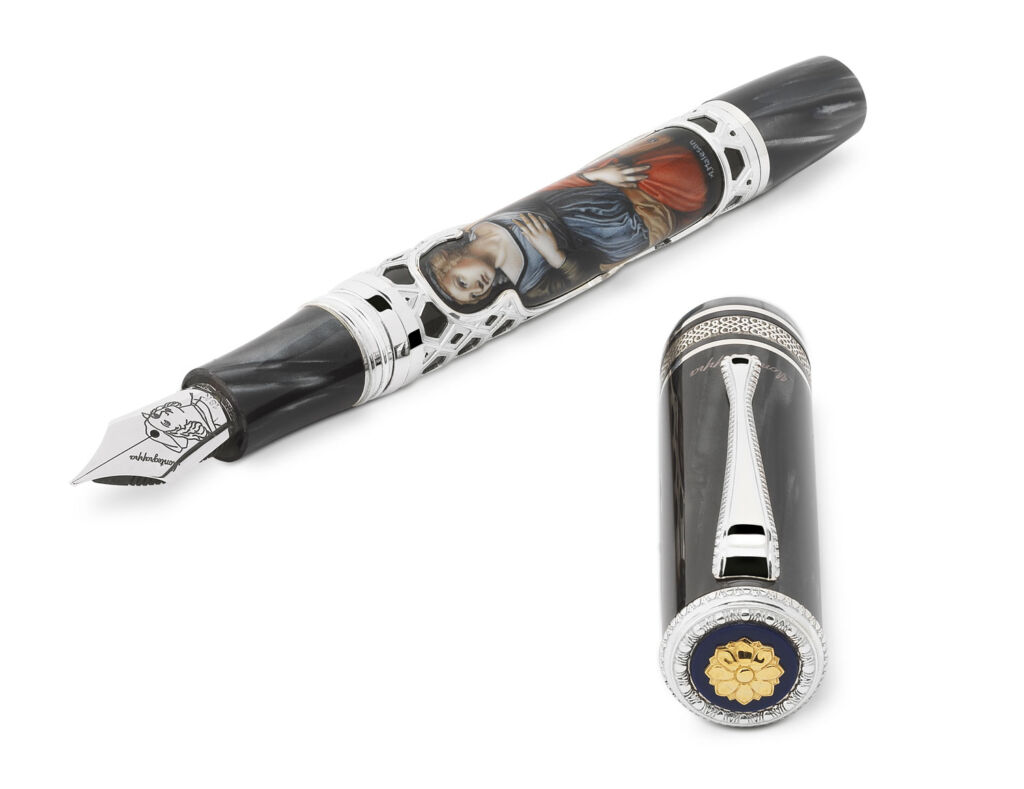 The painstaking techniques used by Alessandra are usually only available on rare private commissions, so this is an almost unique opportunity for up to twenty-five people to own something extraordinary and rare.

Each of the limited edition pens in the Raffaello 500th Anniversary collection has an intricate sterling silver cylinder. The cylinders use the same geometric frame used at Raphael’s School of Athens. The individual artworks in the pens are matched to its own celluloid colour surrounded by eye-catching silverwork. 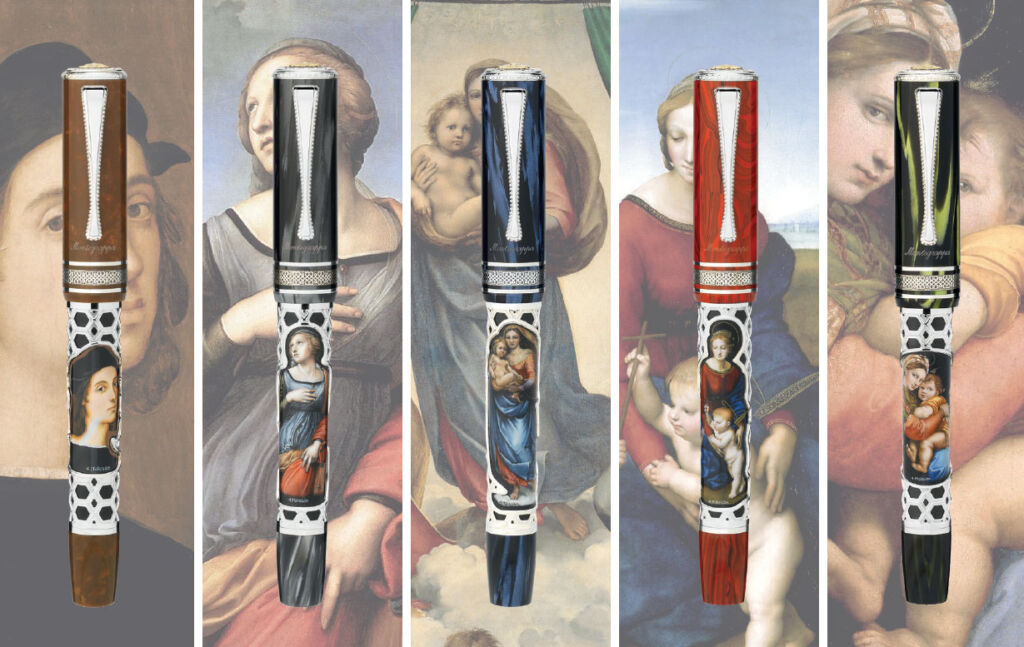 The pens have a 19k gold nib which is engraved with Raphael’s cameo and to ensure it will bring pride and pleasure for many years to come, an ebonite feeder with the Italian brands patented piston feed.

Any of the incredible pens in this limited edition collection would be a privilege to own. They look incredible from every angle and are true handmade works of art. Each one is probably the closest most people will ever come to owning something from Raphael’s extraordinary legacy. 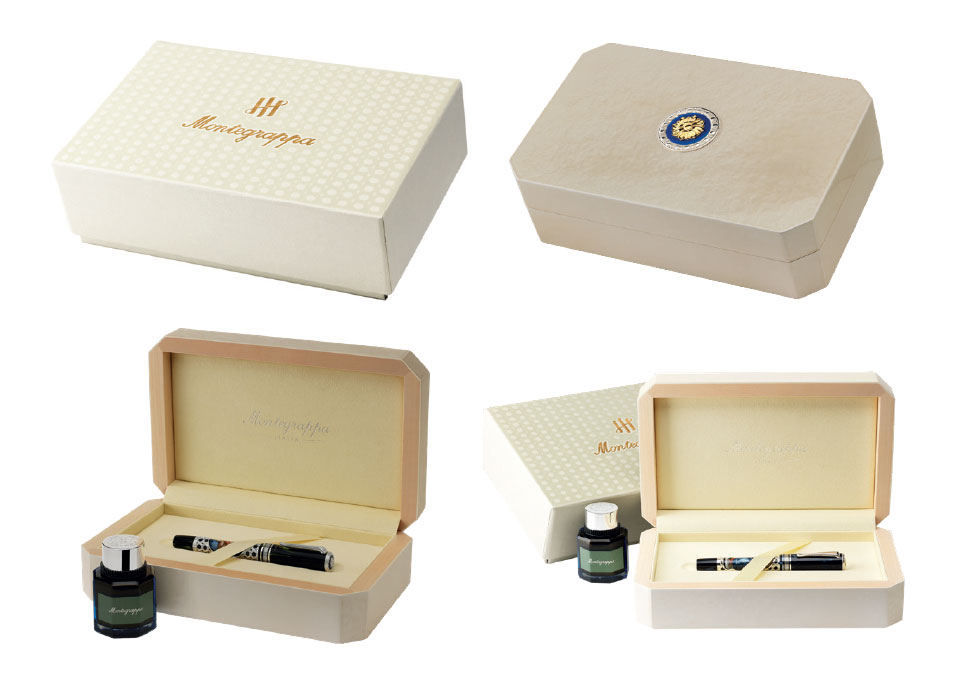 Montegrappa Raffaello 500th Anniversary – Where and how?

The limited-edition Raphaello collection is available to purchase via www.montegrappa.com. Each pen is priced at €13,500.

Read more articles on collectables and art in our dedicated section here.