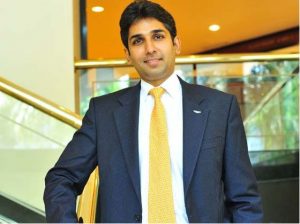 In collaboration with one of India’s eminent luxury car dealerships, Performance Cars (a division of Infinity Cars Pvt. Ltd), Aston Martin recently embarked on its presence in India by introducing the British marquee’s luxury sports car to a discerning Indian audience.

The luxury industry in India has experienced an exponential growth with figures set to increase at a minimum rate of 25% per year and expand three fold, solidifying India’s position as one of the world’s most illustrious and emerging hyper-luxe destinations. With India’s luxury market expected to touch a staggering $14.7 billion by 2015, Performance Cars continues to present Aston Martin’s most iconic sports cars with utmost exclusivity to its customers across India, using Performance Cars’ unrivalled strategic platform and influencer network to achieve these objectives.

Located at Kemp’s Corner at the junction of the ultra-premium Peddar and Altamount Roads, Performance Cars’ exclusive Aston Martin dealership provides enthusiasts with a high-end boutique environment and the ability to custom specify the cars according to their preferences. Housing advanced models that embody the core values of contemporary manufacturing and engineering excellence, the Aston Martin Mumbai dealership showroom was designed by Performance Cars to follow the international design elements and associate with the elegance that the British brand has been revered for. The after-sales facility in nearby Worli is touted as a first of its kind dedicated, air conditioned workshop in the luxury segment to ensure the best possible experience.

Mr. Lalit Choudary is the Managing Director of Infinity Cars Private Limited, which he founded in 2006 after re-locating to India post his eight year Investment Banking position at Lehman Brothers in Hong Kong. Seeing the opportunity for luxury cars and products in India, he established Infinity Cars with the dealership of BMW in Mumbai and subsequently in the Madhya Pradesh State. In late 2009 Mr. Lalit Choudary initiated dialogue with Aston Martin with a view to bringing the brand to India.

On his part Mr. Lalit Choudary expressed, “Partnering with Aston Martin has offered Performance Cars an opportunity to bring one of the world’s most iconic brands to one of the world’s most discerning and fast growing markets. We have been pleased with the response we have had thus far and are confident about the brand’s growing success in India given the range of models, the comfortable ride quality the cars offer on our roads and the exclusivity they accord. With the launch of Aston Martin, Performance Cars is even keener to demonstrate its commitment to offer the latest automotive technology to its customers in India.”