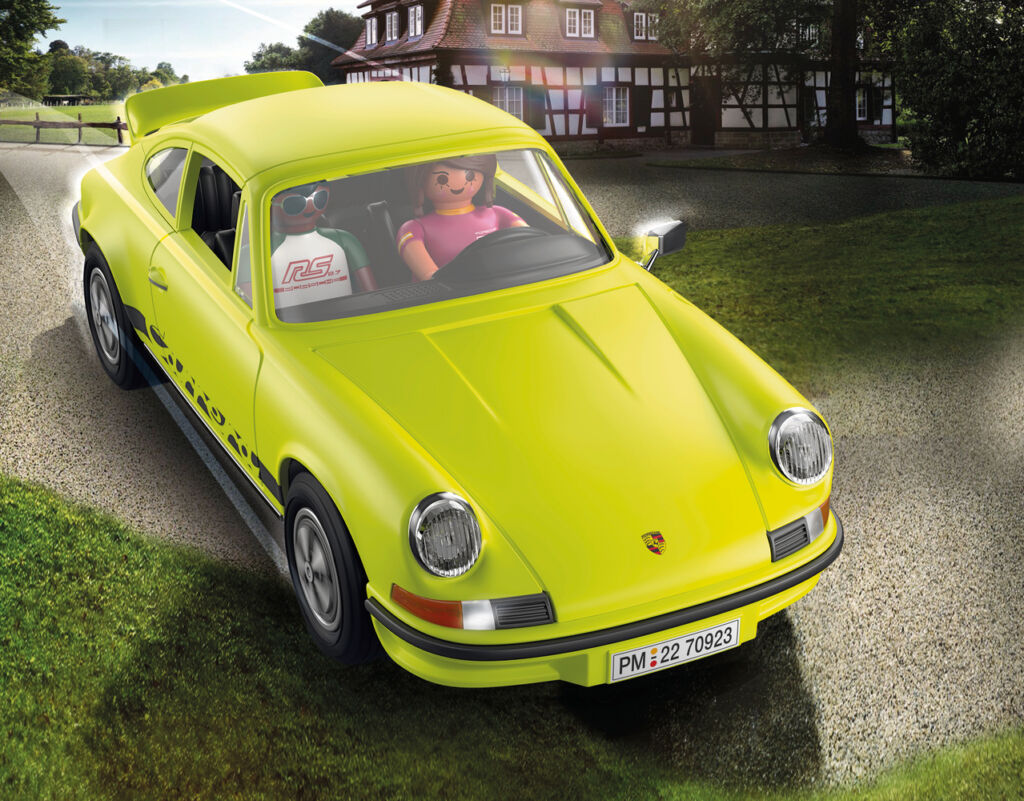 PLAYMOBIL has gone back to yesteryear to create two new models for budding and current classic car enthusiasts. Suitable for anyone aged between five and 99 years, the latest classic sports car to be added to the toymaker’s Classic Cars Series is the Porsche 911 Carrera RS 2.7. 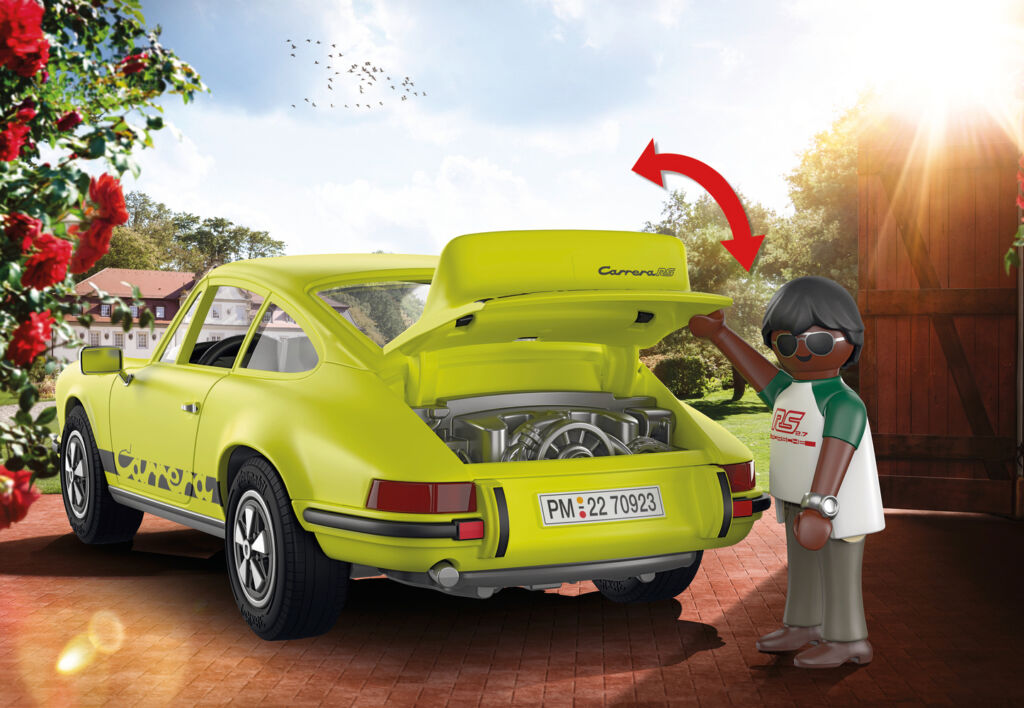 This iconic Porsche was unveiled in 1972 and was the first 911 to feature the “Carrera” moniker, a nod to the classic Carrera Panamericana Mexican road race held between 1950 and 1954. It was also the first-ever sports car to be designed with a front and rear spoiler (known as the “ducktail”). Courtesy of a six-cylinder Boxer engine, its top speed is quoted at around 152 mph.

The stunning and detailed reproduction by PLAYMOBIL (Product no. 70923), costing £69.99 from Playmobil.co.uk, comes with a removable roof so that the two figurines, complete with a picnic and map, can be inserted in the four-seater. In addition, the engine cover at the rear opens to reveal the legendary powerplant. Owners will equally be treated to a presentation panel highlighting interesting information for sports car fans about the Porsche 911 Carrera RS 2.7. 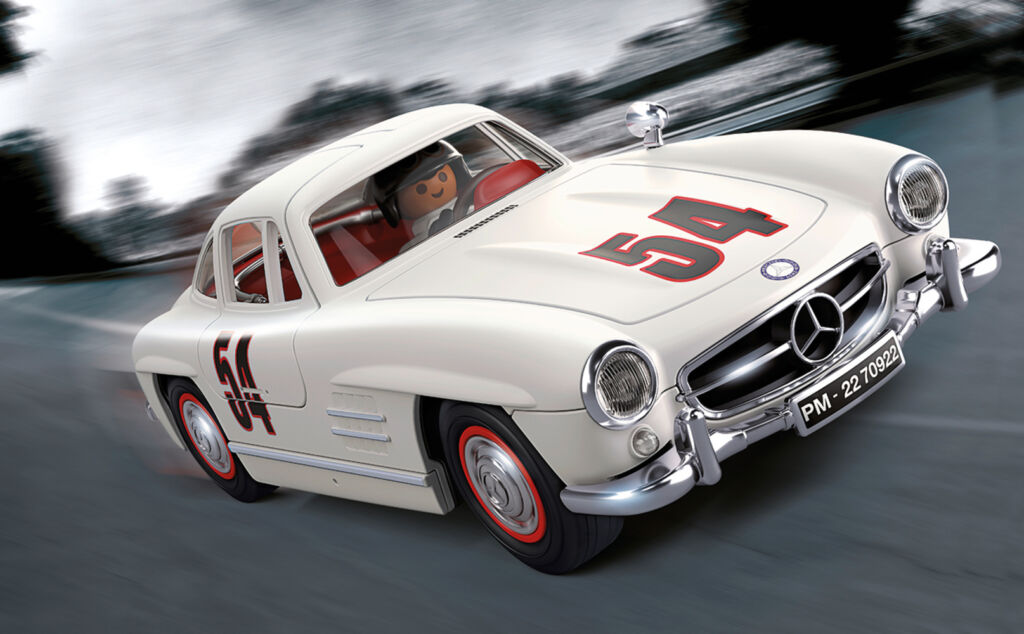 Later this month, another classic legend will be unveiled by PLAYMOBIL in the form of the no.54 white racing version of the Mercedes-Benz 300 SL (Product no. 70922), also priced at £69.99 from Playmobil.co.uk. This iconic two-seater sports car featuring gullwing doors, was produced by the German manufacturer between 1954 and 1957 as a roadster and coupé. Capable of a maximum speed of 228 mph, it was considered to be the fastest sports car of its era. 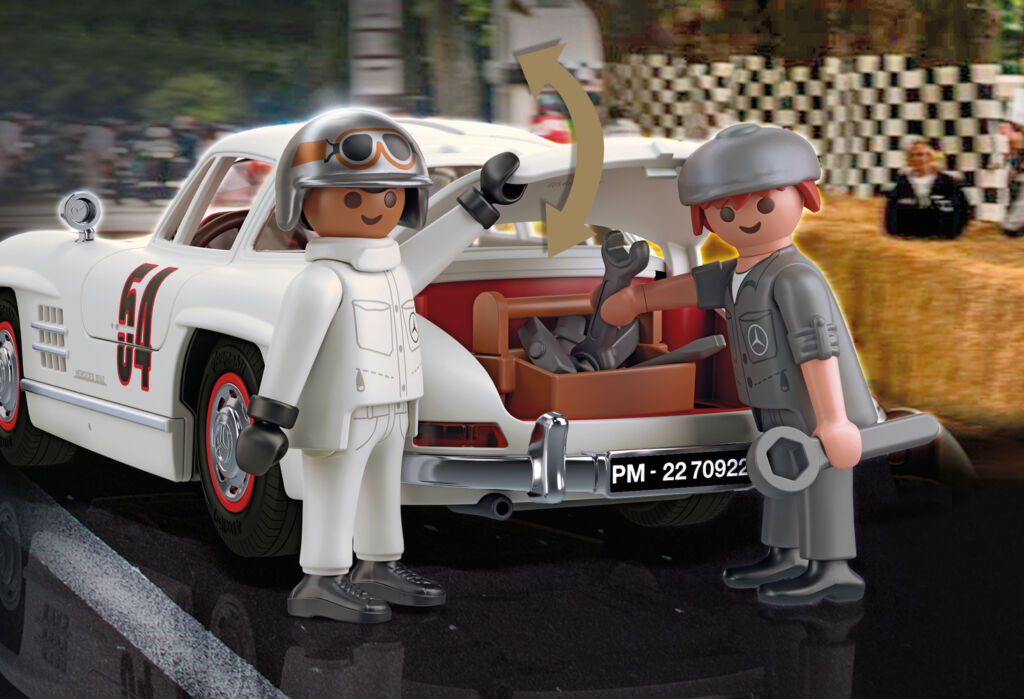 Re-interpreted by PLAYMOBIL for today’s car enthusiasts, the 46-piece toy version allows owners to open and close the hinged gullwing doors to seat the driver and mechanic, and appreciate close up, the chrome-coloured bumpers and radiator grille, as well as the 50s accessories. The set also includes a toolbox, finish line flag, pit board, and many other accessories for a fun race around the track. The included table plaque lists the sports car’s key statistics.

PLAYMOBIL – Where and How?

Recommended for ages five to ninety-nine years. Warning: choking hazard due to small parts. Not suitable for children under three years of age. 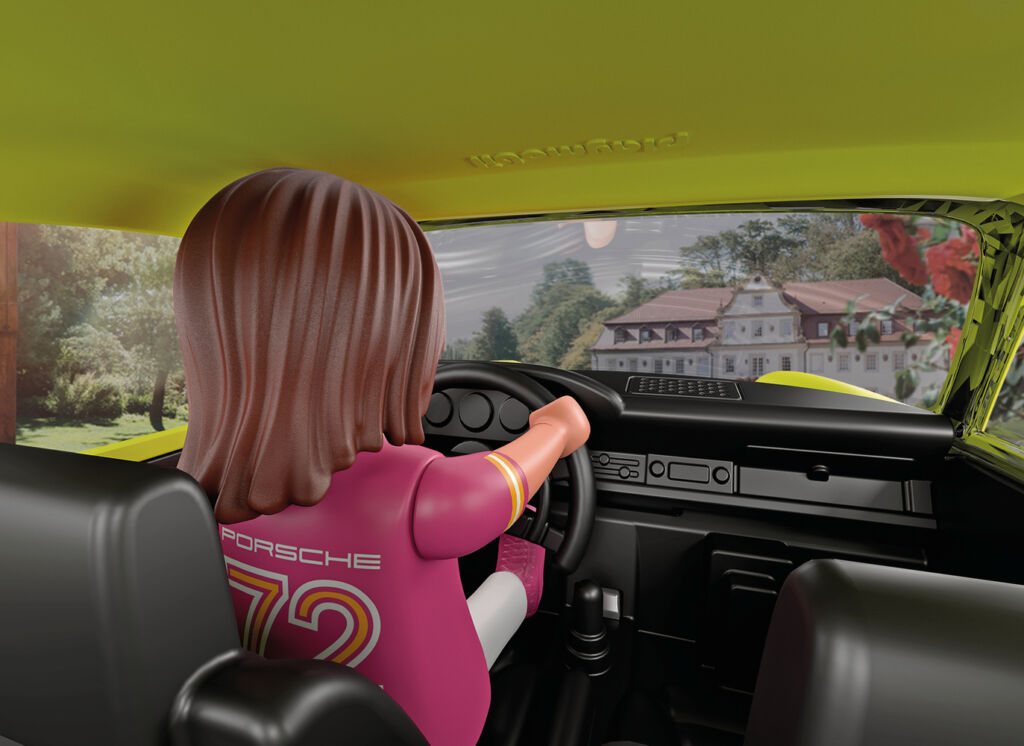