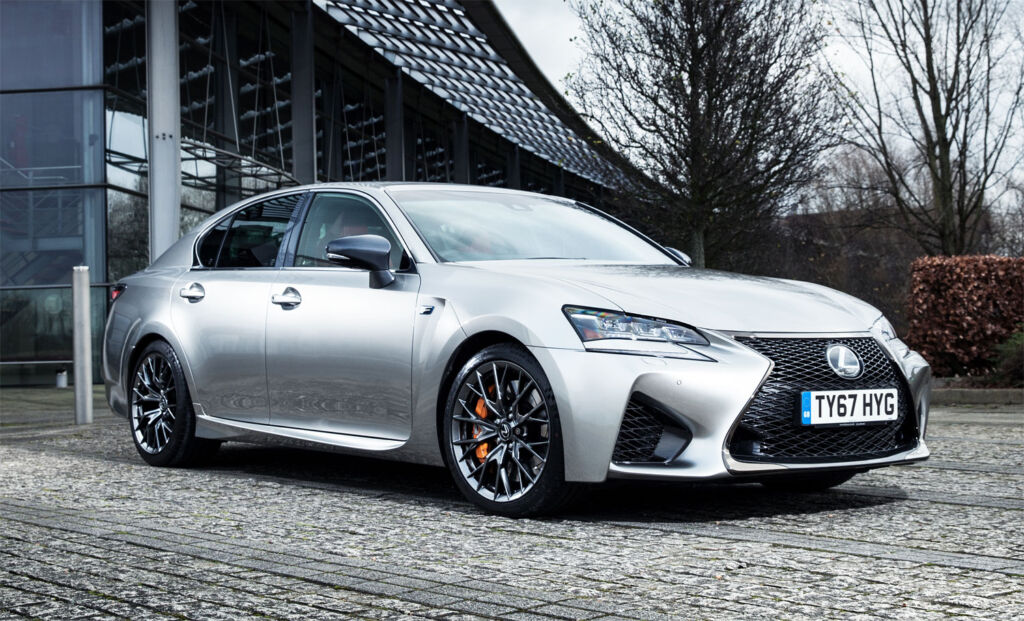 Simon Wittenberg puts the acclaimed Lexus GS F luxury sports saloon through its paces during a 600-mile tour of Cornwall and the South West of the UK.

There’s nothing quite like waking up in the morning, and turning on a car’s ignition to hear the sublime tones of a naturally-aspirated V8. It’s a rarity these days to have this “pure” configuration, with so many engines relying on superchargers or turbochargers for that added kick, and therefore, it’s nice to see that the Lexus GS F has gone against this common grain.

Going by price point, the regular GS luxury performance saloon sits in the range above the NX and underneath the RC to give an idea of positioning. The GS F was first shown to the world in 2015 and is the latest model to emerge from the vehicle manufacturer’s “F” high-performance division, which has also been responsible for masterminding the LF-A supercar and the RC F which we drove at Ascari in Spain back in 2014. As a four-door, the GS F is the largest Lexus to date to be proudly wearing the “F” moniker.

At the front, the GS F has got the familiar “in-out” grille, which is a hallmark feature of the Lexus model range. This is flanked on either side by large air vents and “L-shaped” daytime running lights. The inward-facing lamps, carbon spoiler and quadruple chrome tailpipes characterise the aggressive look of the back end, telling others that this car means business and is no slouch. At nearly five metres long and over two metres wide, the GS F undoubtedly delivers a dominant road presence that doesn’t go unnoticed by others. 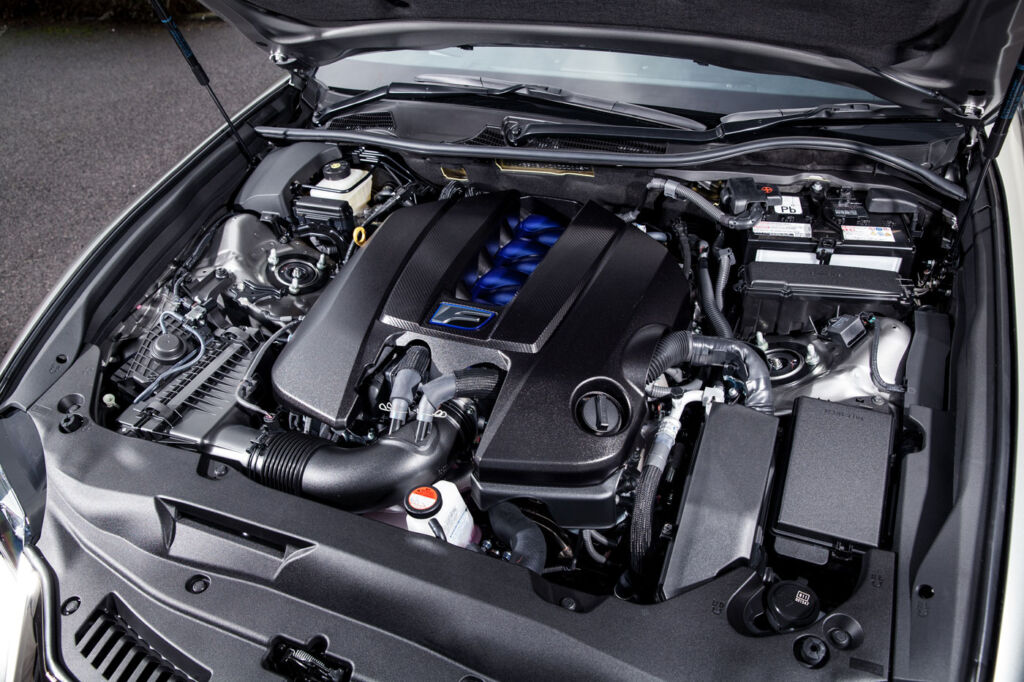 Lying underneath the bonnet is a whopping 5.0-litre V8 which pumps out 470hp, the same level of power found in an Aston Martin DB9 or Nissan GT-R to put it into some kind of perspective. This means that the GS F has the capability to hit a top speed of 168mph if there is the opportunity to legally do so, and will complete the nought to 62mph sprint in just 4.6 seconds. This is certainly not a car to impress environmentalists with a CO2 output of 260g/km (putting it in the highest tax bracket of £2,000 for year one), but if you’ve spent upwards of £70,000, you wouldn’t really be too bothered about this additional cost anyway. The engine is mated to an eight-speed automatic gearbox, but there is still the facility to flick it into M (manual mode) where you can use the paddles behind the steering wheel to determine your own ratios. 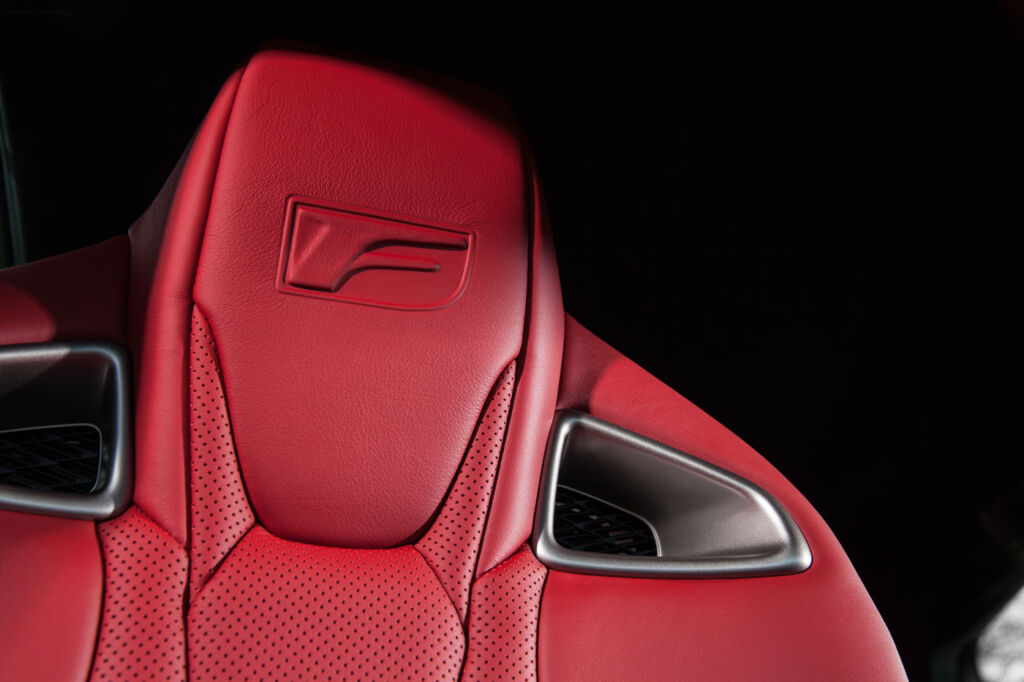 The interior has a refined and luxury feel to it and is dressed in red semi-aniline leather. The hugging high back sports seats with 10-way power adjustment can both be heated on demand and are very comfortable, especially when completing large distances which we duly did. There is a good amount of head and legroom in the front and back, so you don’t feel at all cramped. Similarly, the 520-litre boot easily accommodated our weekend suitcases plus a bit of shopping, and there is an electronically assisted tailgate which can be operated from the key fob for a dose of added convenience.