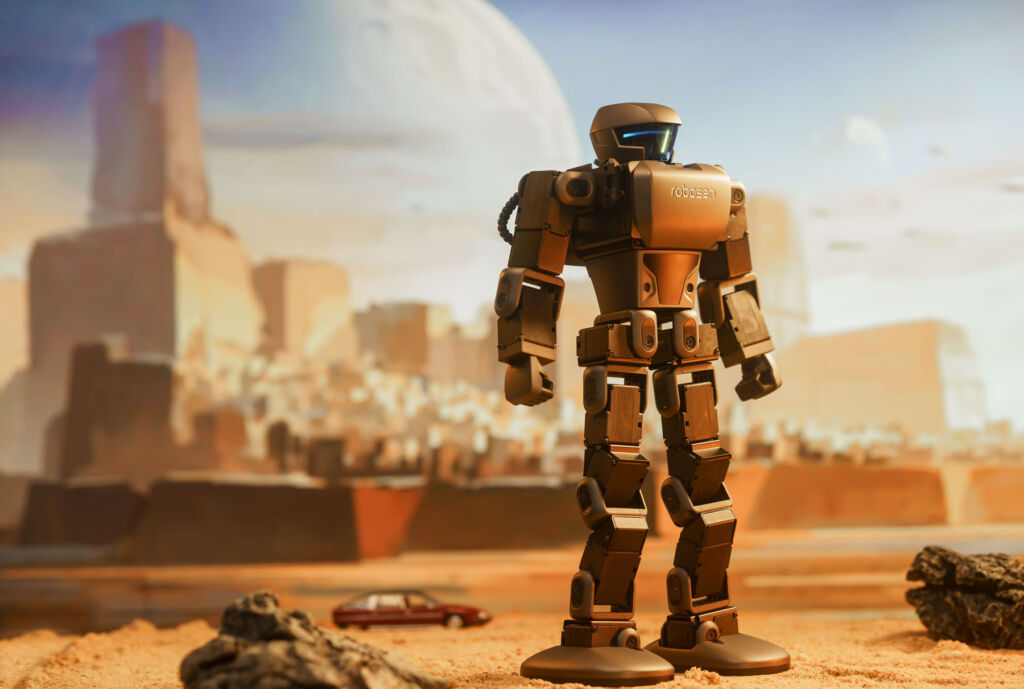 Robosen, a company specialising in bringing advanced consumer robots into people’s homes, sent us their K1 PRO Interstellar Scout to test. Would this incredibly advanced piece of technological wizardry win over our tester, who’s been fascinated by robots for more than forty years?

My secondary school days were in the 1980s, a decade dominated by movies on VHS tapes, neon-coloured clothes and Michael Jackson. One of the films I watched that captivated me was Short Circuit, a film starring a robot called Number 5, who became sentient after being struck by lightning. 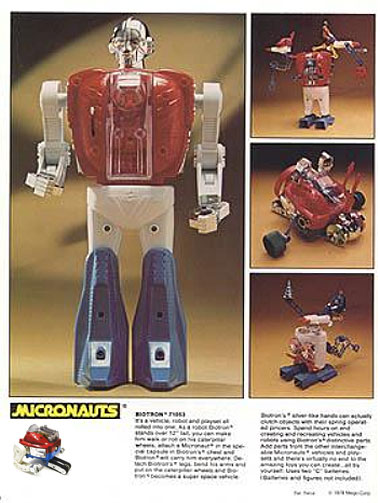 I watched in amazement while the film’s human stars, Steve Guttenberg and Ally Sheedy, talked to it as if it was an actual person, and I dreamed of one day being able to do the same.

The closest I came to making it happen was using my imagination as I played with my battery-powered Micronauts Biotron robot (right) whilst listening to barely legible digitised speech on my Commodore-64 computer.

Before I knew it, I had entered my adult years, responsibility was thrust upon me, and my dreams of verbally interacting with a robot became a distant memory. However, this all changed when a Robosen K1 PRO Interstellar Scout arrived at my door.

As a man approaching my mid-fifties, the thought of playing with and talking to a robot might seem strange to some. However, categorising Robosen’s K1 PRO Interstellar Scout as just a toy would be doing it an injustice. It is a technology-packed smart device capable of enticing people of all ages.

I ply my trade in the luxury and lifestyle worlds, so I wasn’t overly familiar with Robosen Robotics (Shenzhen) Co. Ltd (Robosen). I recognised the company’s name, but that was all. I did some research and discovered that Robosen is a technology company specialising in designing and building advanced consumer robots.

It was established fourteen years ago in Beijing, and it must be doing things right, as since then, it has expanded its operations into the U.S., U.K. and Japan. 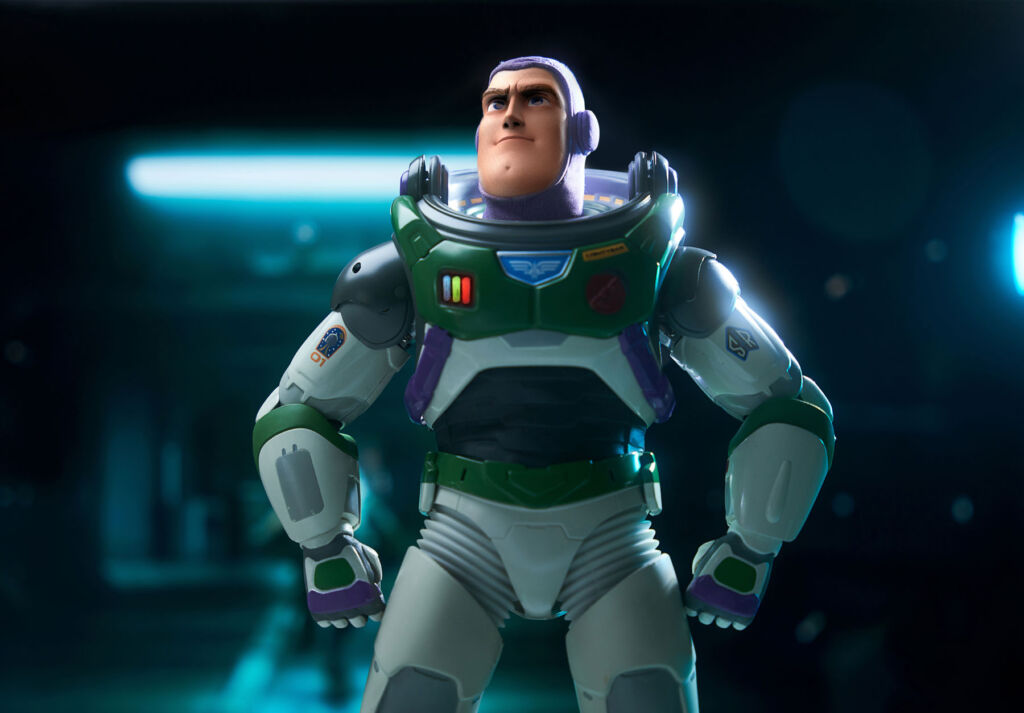 In addition to creating its Robosen robots, the company has combined its technology with well-known companies, including Disney/Pixar and Hasbro, to bring some of their most famous on-screen characters to life. I’ll cover these a little later in this feature; before then, I want to talk about the robot I tested. 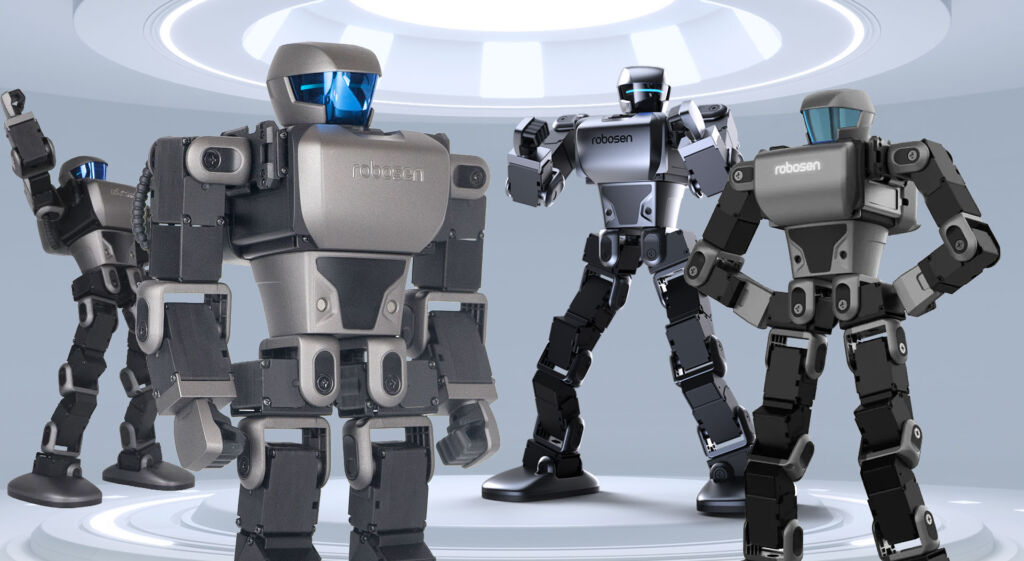 The Robosen K1 PRO Interstellar Scout
When the robot package arrived, I was unsure what to expect. In front of me was a cardboard box, and inside this was another dark-coloured box with a robot schematic on the side with the words Robosen K1 emblazoned on it.

I opened the box, and inside was a rather smart-looking case with rounded edges that appeared to be made of polystyrene. On either side of this were two catches, which, when unclipped, allowed me to open it. Inside, and much to my relief, was a user manual next to a fully formed robot. I admit I was dreading the thought of getting my tools out and screwing and clipping various body parts together.

I picked up the robot, and as I moved the limbs into straight positions, I could hear the servo motors whirring. Although it was a similar size to the Micronauts Biotron robot I owned, they were leagues apart. The K1 PRO Interstellar Scout not only looked premium-quality, it felt it too.

I located the charger cable, plugged it into its back and waited with bated breath. After half an hour, I unplugged it and stood it on the table.

With it now standing upright in front of me, I pressed the power button behind its head. As soon as it powered up, it started talking in a voice that wasn’t dissimilar to what I recall Number Five sounded like in the Short Circuit movie.

Standing there with its blue-lit visor, it looked like the original Robocop, and what can best be described as a short ‘Mexican’ standoff followed; I wasn’t sure if it was going to do something or if it was expecting me to initiate first contact. 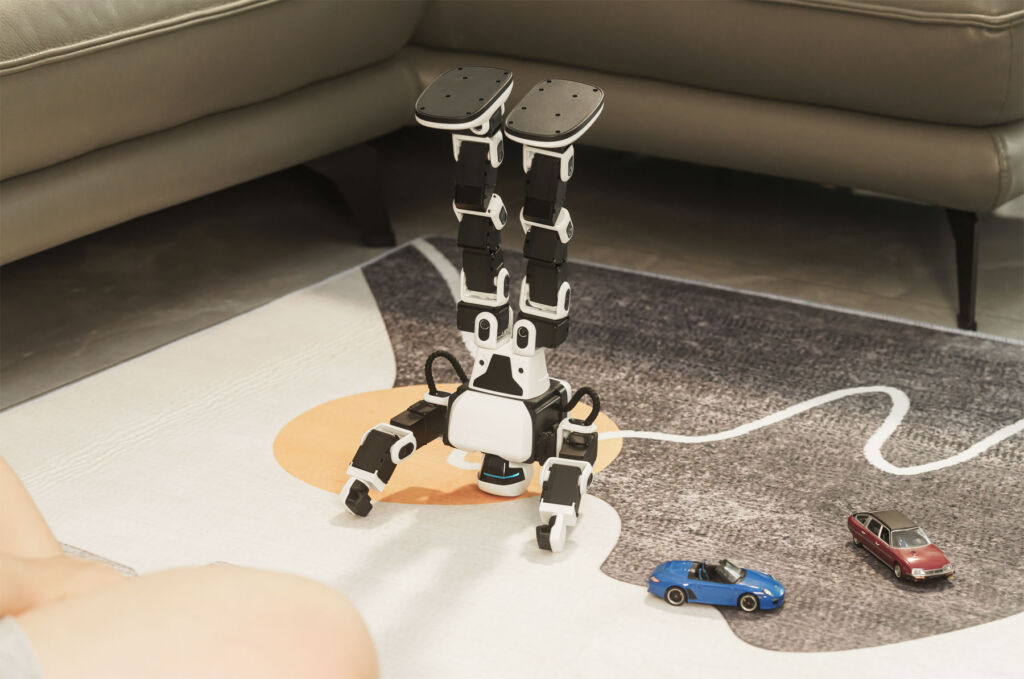 Fortunately, the guide was close at hand, and it suggested I ask it to do something, and I duly obliged. I said, “Hello, K1”, and it replied, “I’m here”. Within a few minutes, it was doing all manner of quirky actions to impress me, including rolls and headstands, without using a software program, just direct verbal communication.

One of the extraordinary features of the K1 PRO Interstellar Scout is that the interaction is not limited to a few verbal commands; it can also be programmed, opening up a whole new world of possibilities. 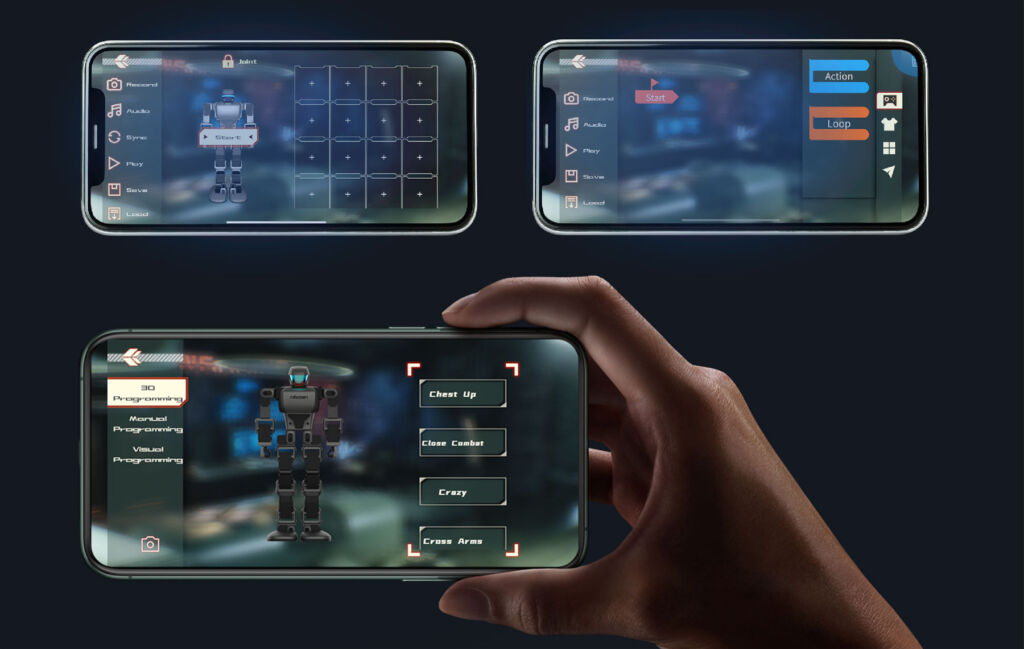 To make life simple, Robosen has created a dedicated app for the robot. The app is called K-One, and a tremendous amount of thought has clearly gone into it. The home screen looks to be set in a room that would make even Tony Stark (Iron Man) envious.

You connect the robot to the app via Bluetooth, and this is where your imagination is unleashed. The home screen shows an animated K1 PRO Interstellar Scout with three buttons, Go Program, split into two sections, visual or manual programming, Action and Remote Control.

In addition to a raft of pre-programmed functions and the ability to control the robot via a phone, the app, as the categories suggest, allows the operator to design new functions. Robosen products use a combination of a powerful A.I. engine, intelligent algorithms and advanced speech recognition, enabling its robots to recognise the human voice through self-developed Natural Language Processing. The robots also benefit from object detection and adaptive recognition, which helps them to understand the surrounding environment.

The Robosen robots support more than eighty voice commands, which, when coupled with the self-adaptive posture and its human-like gait, 18 microcontrollers and 17 high-performance servo motors, means that what you can make their robots do, is pretty much limited by one’s imagination. 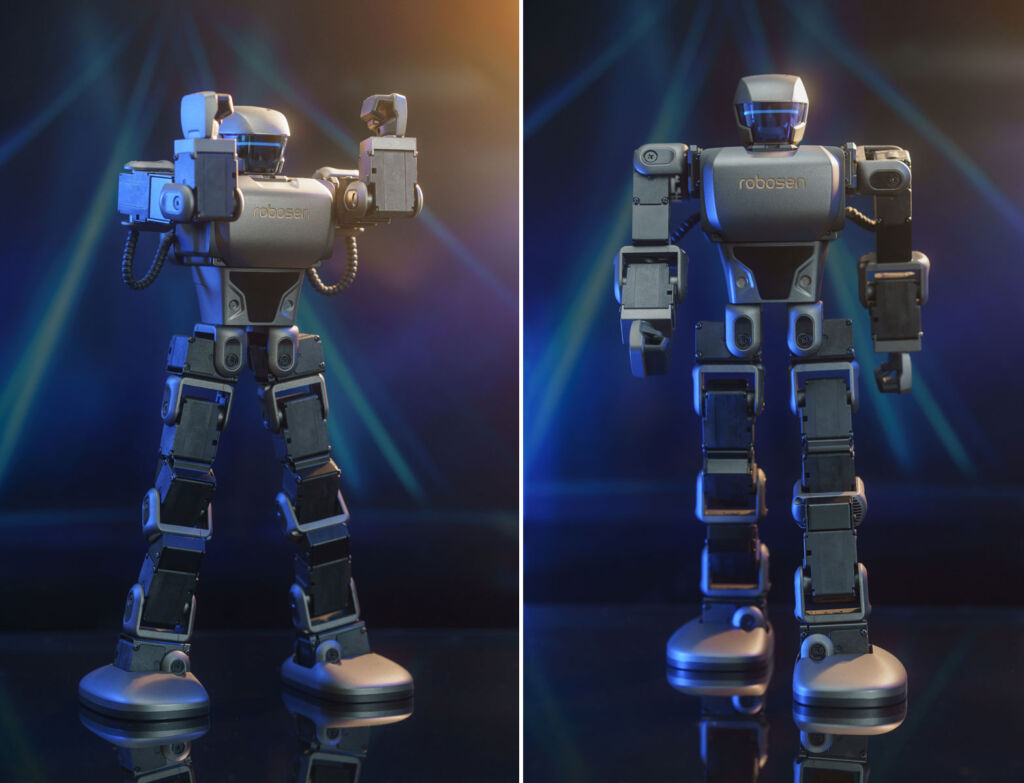 The pre-programmed dances are fun to watch, particularly the one that looks like every young person’s favourite, “The Floss”. My wish would’ve been a dance, similar to what John Travolta did in Saturday Night Fever. I’m sure its absence was deliberate to make me pop on my programming hat!

The App design encourages operators to use their full creativity, and it’s a lot of fun. As Robosen has highlighted in their videos, Robotics will become far more prevalent in the coming years, and the Robosen K1 PRO Interstellar Scout is an ideal way for younger users to dip their feet into this area by learning basic programming skills, which will clearly give them a head start.

Transformers and taking users to infinity and beyond
As mentioned earlier in this feature, Robosen has partnered up with some well-known companies that are custodians of some rather famous characters. Although the Robosen K1 PRO Interstellar Scout is an incredible creation in its own right, the Transformers and Buzz Lightyear robots probably raise the bar even higher. 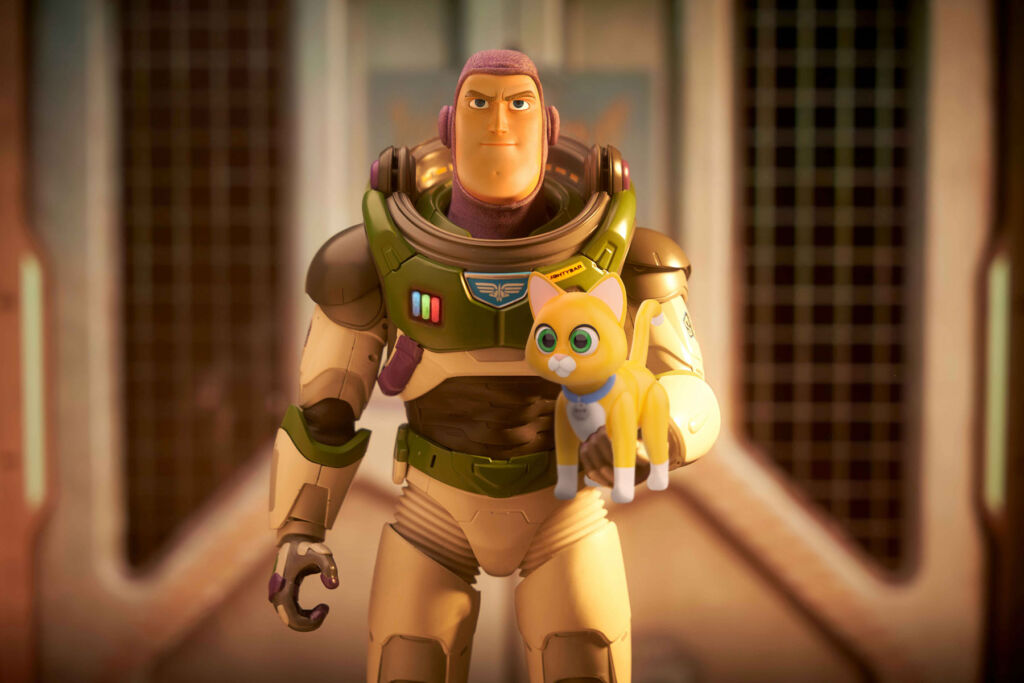 The Buzz Lightyear robot is said to be the world’s first smart conversational, interactive and authentic Buzz Lightyear. It is six and a half inches tall and has more than fifty microchips, making it a completely immersive entertainment experience. 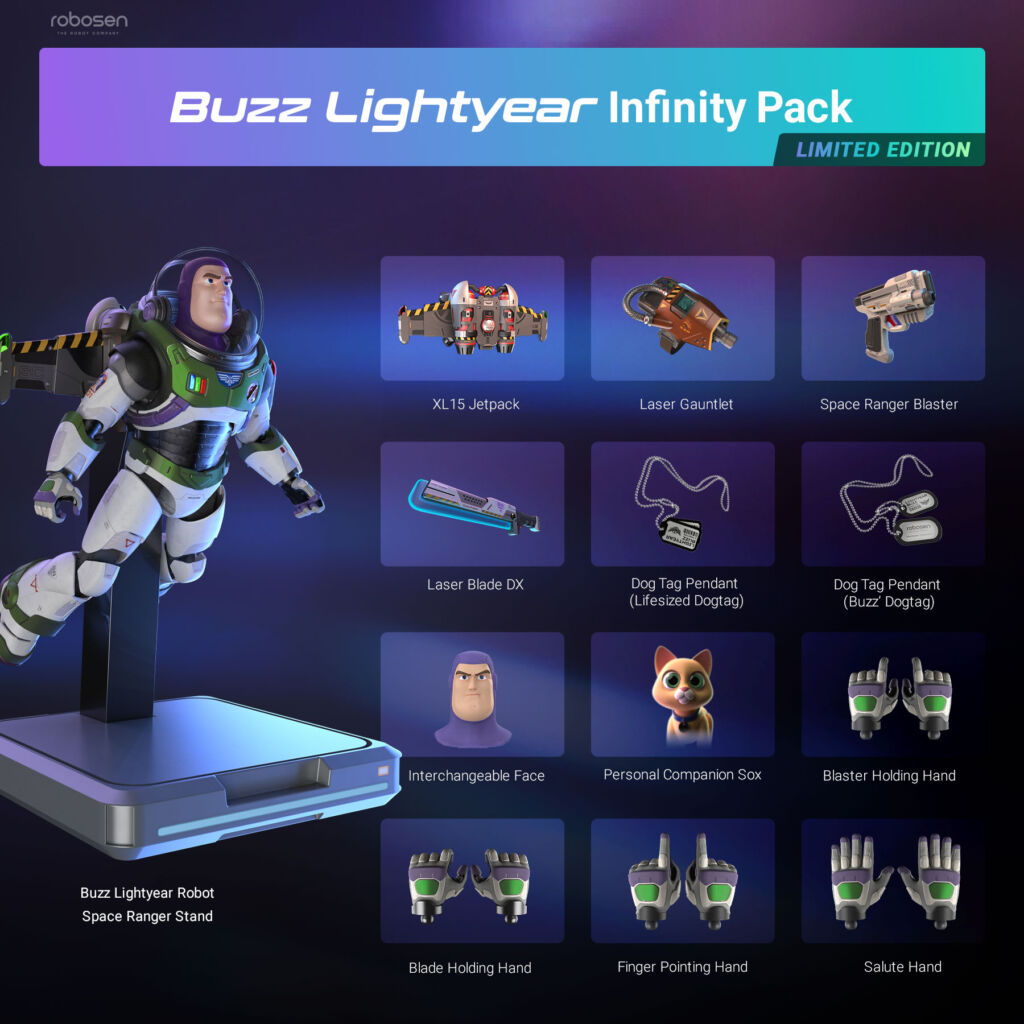 For the Infinity Pack, Robosen has genuinely pushed the boat out. In addition to containing a Buzz Lightyear robot with all the above features, it also comes with the following: 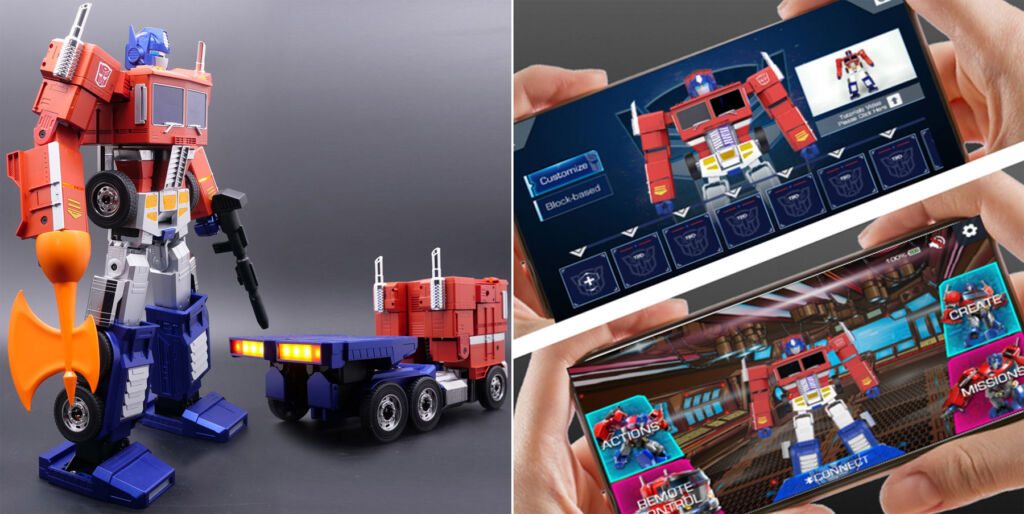 The Transformers lineup
The Robosen Flagship Optimus Prime Limited Edition is a sight to behold. It is a robot that would take ‘pride of place’ in every Transformer fan’s collection. This robot can transform from a truck to a robot and vice versa, very similar to how it does in cartoons and movies. Like Buzz Lightyear, Optimus Prime is voice-enabled and programmable. It stands an impressive 19 inches in height and is a limited edition in the U.K., so you’ll need to be quick if you want to make this the ultimate gift under the tree this year. 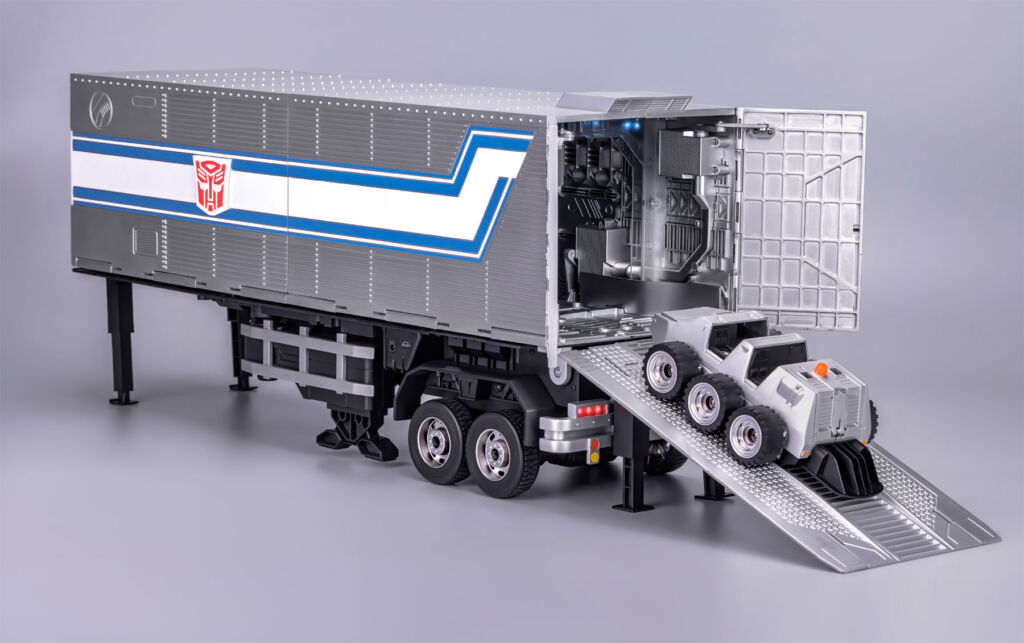 Robosen has also produced a super limited edition robot called the Flagship Trailer Kit, which is an auto-converting trailer. The trailer was modelled on the original G1 design and is enormous at three feet in length. The trailer can be connected to Optimus Prime via the app and comes with a Spike Witwicky figure. 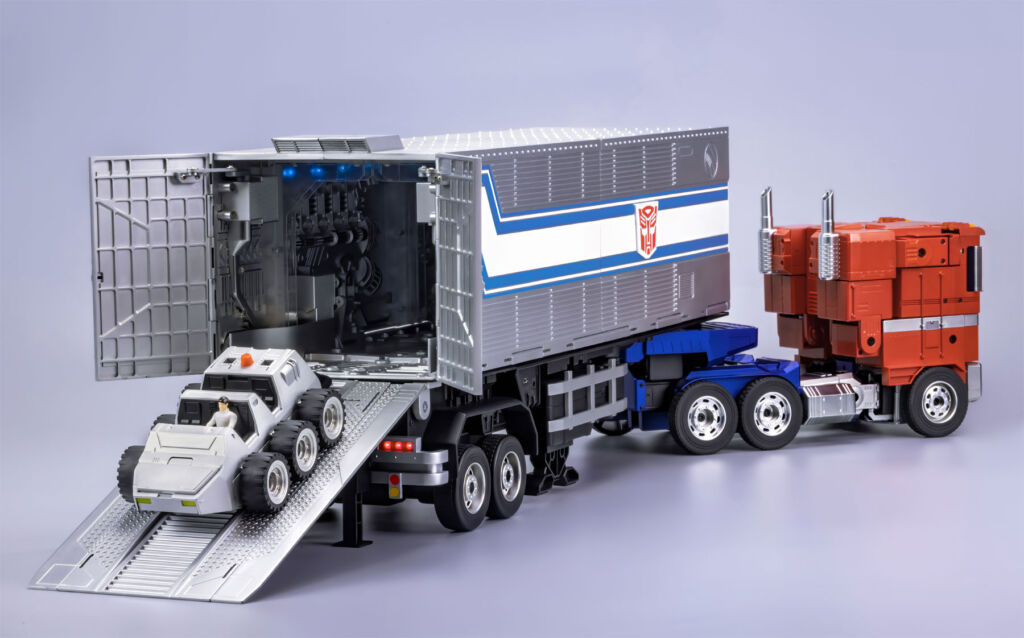 Both the Optimus Prime and trailer are available separately; however, Robosen has put them together in a flagship bundle. 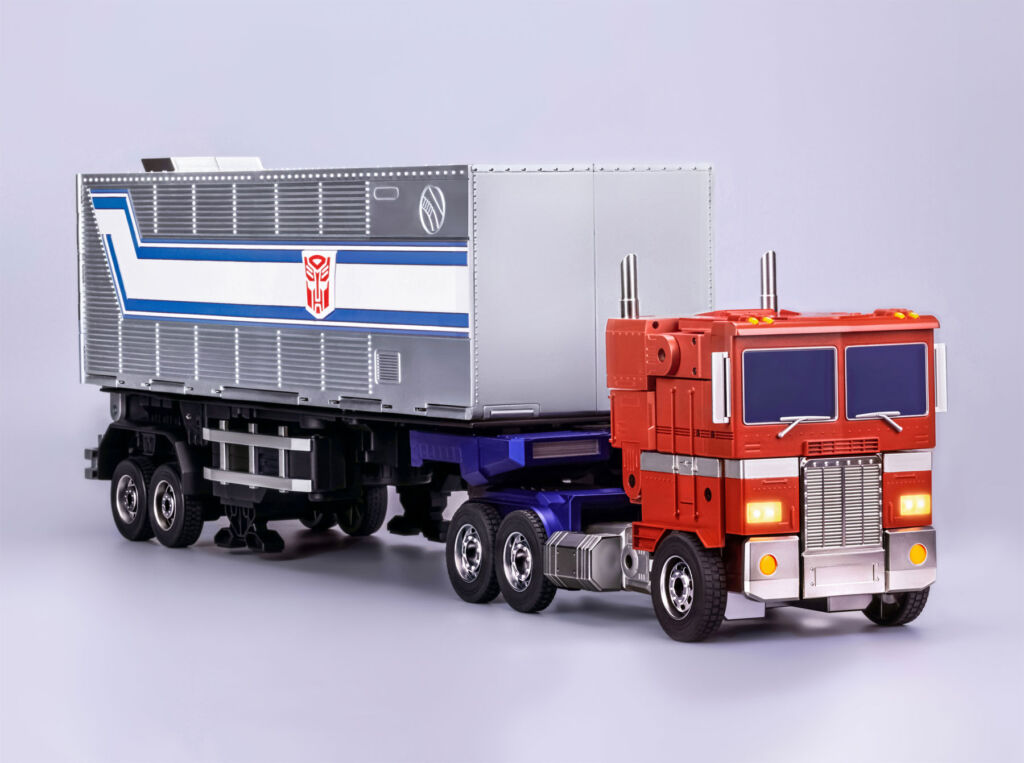 Imagine the look on people’s faces as they control this impressively sized robotic masterpiece, moving the roller, operating the headlights, and popping the hood via the remote control mode.

Final thoughts
The K1 PRO Interstellar Scout is an extraordinary machine. Although it looks visually akin to a toy, it is best described as a technology-packed education tool, the exact type of product I yearned for in my younger days. I found it to be a thoroughly engaging product, and it, or indeed any of the other Robosen robots, would make a dream gift to open on the most wonderful day of the year.

For more information on all of the Robosen robots and to place an order, visit their website www.robosen.com.