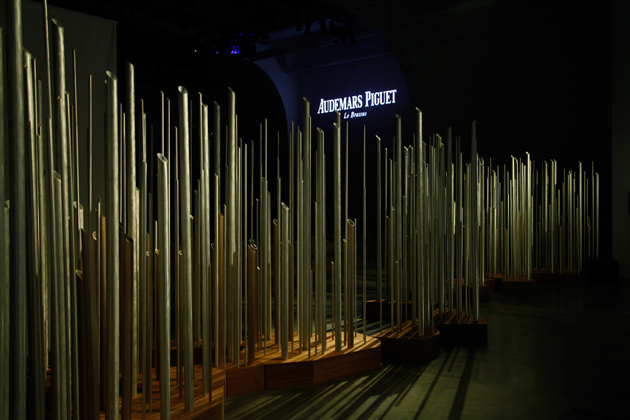 Royal Oak 40 Years: From Avant-Garde to Icon – A Journey Through the Origins of an Iconic Timepiece at the Ullens Center for Contemporary Art, Beijing. 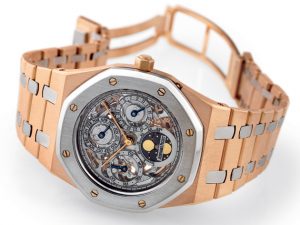 After kicking off in New York, stopping in Milan then Paris and its stint here in Beijing, the exhibition will continue to its final stop in Singapore in October. The Beijing exhibition will be open to the public from August 31st to September 3rd.

The Audemars Piguet Royal Oak, launched in 1972, is considered as the world’s first luxury sports watch that broke the rules of fine watchmaking and sparked a complete paradigm shift in the industry. To celebrate the 40th anniversary of this world-famous iconic timepiece, the Swiss Manufacture from Le Brassus in the Vallée de Joux has put together a unique and ephemeral global travelling exhibition.

In 1875, Le Brassus in the Vallée de Joux became the birthplace of AudemarsPiguet. Today, to facilitate lovers of watchmaking from all over the world to perceive the charms of the Vallée de Joux, the three artists Sebastien Leon Agneessens, Quayola and Dan Holdsworth have used installation, photography, sound and film in the exhibition to reflect Audemars Piguet’s origins, mastery and artistry as well asto tell the stories of Audemars Piguet and the Royal Oak in an unprecedented way. 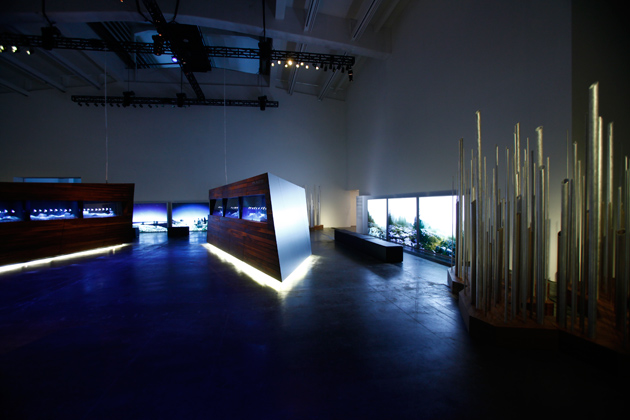 SIHH as well as those set with the finest jewelry, the most complicated watches, borrowed pieces from the private collections of the most avid watch enthusiasts and limited edition pieces one would be hard-pressed to find in the market. The exhibition in Beijing will also have the privilege to showcase for the first time the number 10/100 of the platinum edition of the Royal Oak Leo Messi limited series, launched earlier this year in three versions of 1000 pieces worldwide. The number 10/100 of the limited edition platinum models will be up for auction at the brand’s official website in December. The entire proceeds of the auction will be donated to the Foundation Lionel Messi (Leo Messi Foundation) to help educate and treat under privileged children. 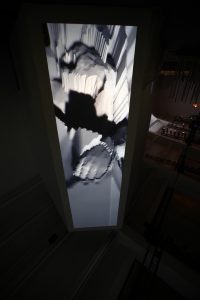 The design behind the exhibition lies in the creative hands of Sebastien Leon Agneessens, who drew his inspiration from the origins of the brand in Le Brassusto create installation works Fragments and Between Now and Then. Hundreds of tubular sticks of different heights symbolizing the lush forests of the valley area are treated as organ-like sound sculptures surrounding the exhibition. Fragmented mineral rocks typically found in the Vallée de Joux, on the other hand, are made to be the showcase. The angular and multi-faceted exterior of each of the fragments and its dark reflective metal surface inspired by the Royal Oak creates a natural contrast with the wooden interior that reflects Audemars Piguet’s long tradition and humble origins. Each of these fragmented units is a journey of discovery of the origins and savoir-faire of the brand.

Apart from 100 iconic timepieces and invaluable memorabilia dating back to the beginning of the 70s, visitors will also have the opportunity to closely observe the artistry of Audemars Piguet’s craftsmen through a watchmaker’s area that includes a brocading dial machine.

The exhibition also has dedicated areas displaying exclusive creations of photographer Dan Holdsworth and digital artist Quayola. Dan Holdsworth spent several weeks in the Vallée de Joux to document the Valley at its stillest hours, capturing the ancient forests and glacial topography under the celestial presence of mist or moon to convey the extraordinary temporal significance vested in the landscape. His contemporary lens captures the incredible link between nature, man and his creations, the complex movements that have become the beating hearts of each Audemars Piguet timepiece, continues to live in Le Brassus of the 21st century and inspires the watchmakers of today as they pursue their never-ending quest to unravel the mysteries of nature. While Quayola’s work for Audemars Piguet 40-years exhibition is a study and celebration of ‘matter’ itself, the substance of all physical objects. The installation focuses on a continuous transformation and metamorphosis of matter: from the grace, complexity and unpredictability of geological forms, to the perfection, beauty and precision of man-made objects of art. Through a process of continuous mutation and metamorphosis, it explores simultaneously classical art, 1970s sculpture and contemporary digital aesthetics. 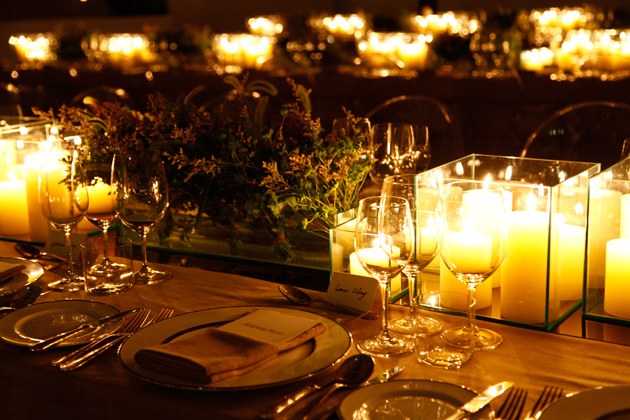 To celebrate the opening of the Royal Oak 40 Years Exhibition, Audemars Piguet held anillustrious gala dinner on August 29th and an influencer’s party on August 30th. Nearly 500 distinguished guests were present at the opening ceremony, with many celebrities invited from all over the world. 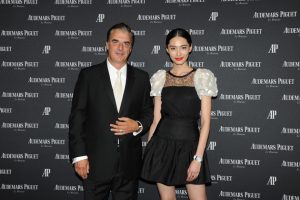 Famous American actor Chris Noth, renowned Chinese stars Hu Jun and Zhang Yuqi as well as international supermodels Du Juan, Chen Bike and Kang Qianwe all wore Royal Oak watches as tribute to the avant-garde hundred-year Manufacture. Sound, also an integral part of the evening’s program was provided byThe Irrepressibles, a band Audemars Piguet selected because of its reflection of one of the brand’s core values: audacity. The band’s theatrical stage presence captured the crowd’s attention and was one of the evening’s highlights while wine from Château Malartic-Lagravière and Laurent-Perrier Champagne provided the opening ceremony with a memorable gustatory experience.