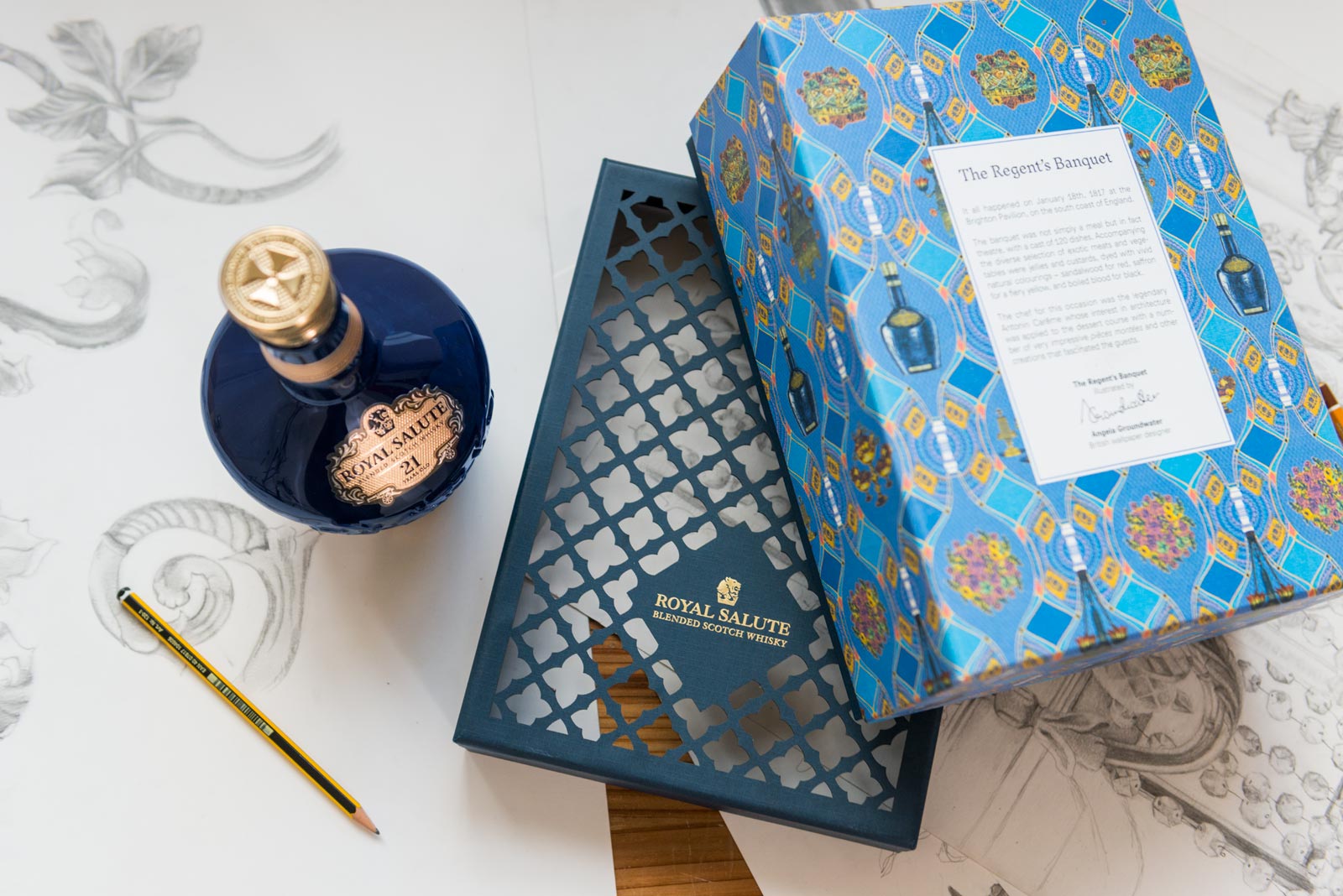 The ‘King of Whisky,’ Royal Salute, which was first created as a present for the Coronation of Queen Elizabeth in 1953, has unveiled the ultimate gift for this Christmas.

The latest addition to its annual ‘Royal Celebrations at the Palace’ annual series, this limited edition set pays homage to the legendary Regent’s Banquet of 1817, a momentous event that was held in the Brighton Pavilion, and that boasted more than 120 exotic dishes.

Featuring a beautiful intricate laser cut lid design which is inspired by the domes of the iconic building in East Sussex (it’s Moroccan Riad-esque in our opinion), the blue and gold motifs which line the interior of the gift pack are the brainchild of British wallpaper designer, Angela Groundwater. Royal Salute’s signature rich, round and silky 21-Year-Old whisky, which has been exceptionally crafted and aged for a minimum of two decades, sits alongside a second Royal Dalton porcelain bottle, a miniature version designed especially for collectors. When sampled, individuals are treated to full, deep fruity flavours with a subtle smokiness. The second taste brings in a rich medley of spices and a nuttiness of hazelnuts that have a mouth-filling intensity. 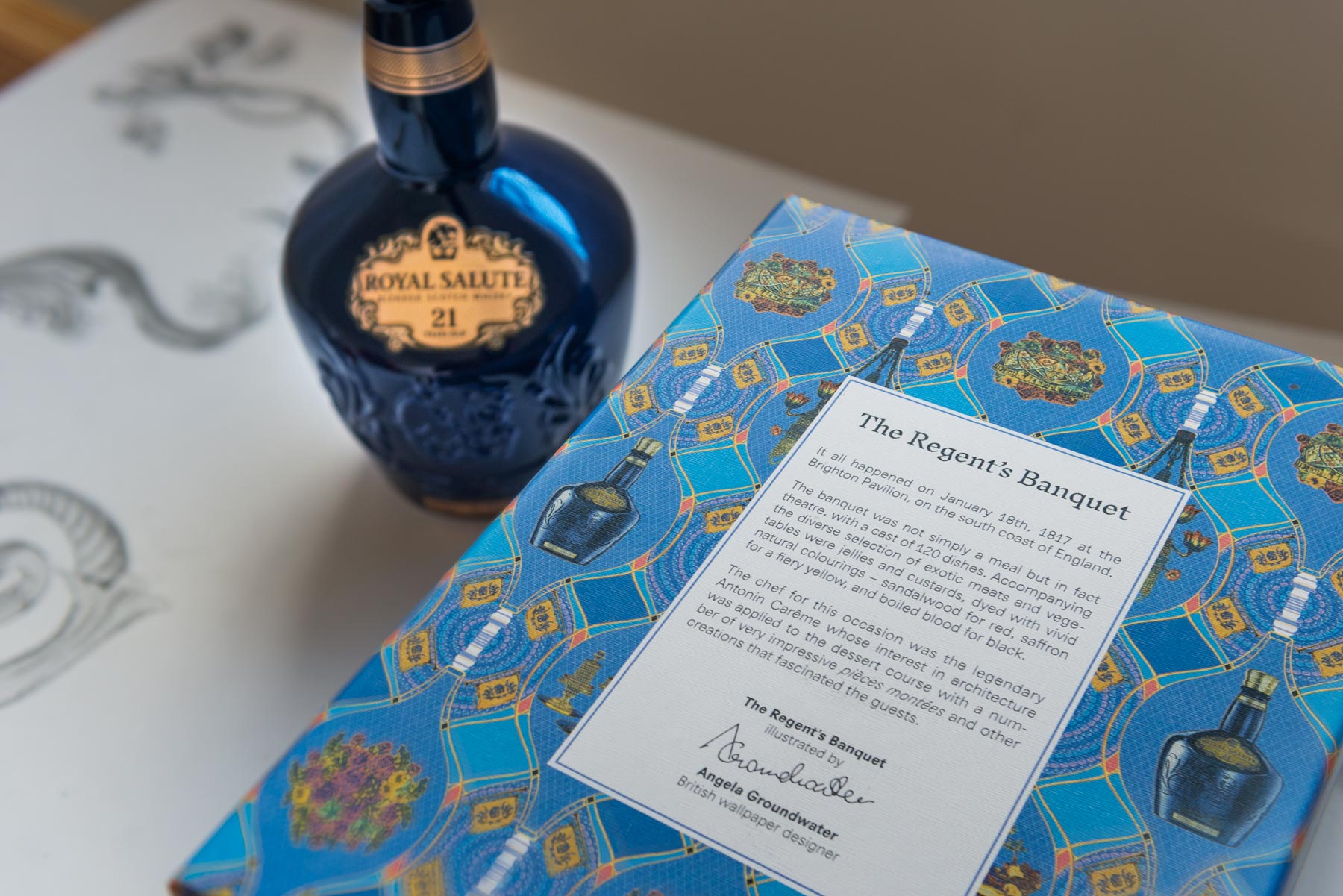 There are 150,000 Royal Salute Regent Banquet Festive Gift Packs now available worldwide for a RRP of USD $130. This includes Asia and the Middle East (including an animation in Dubai Airport in November), where sales are expected to be particularly strong. It is also on sale at Harrods, priced at £150.

The gift set for 2018 is already being planned, and we can’t wait to see what next year will bring. In the meantime, here is the Royal Salute Christmas Companion, and how to create it:

To make the syrup:

Combine and leave on a low heat for one hour.
Serve with Royal Salute 21 Year Old. 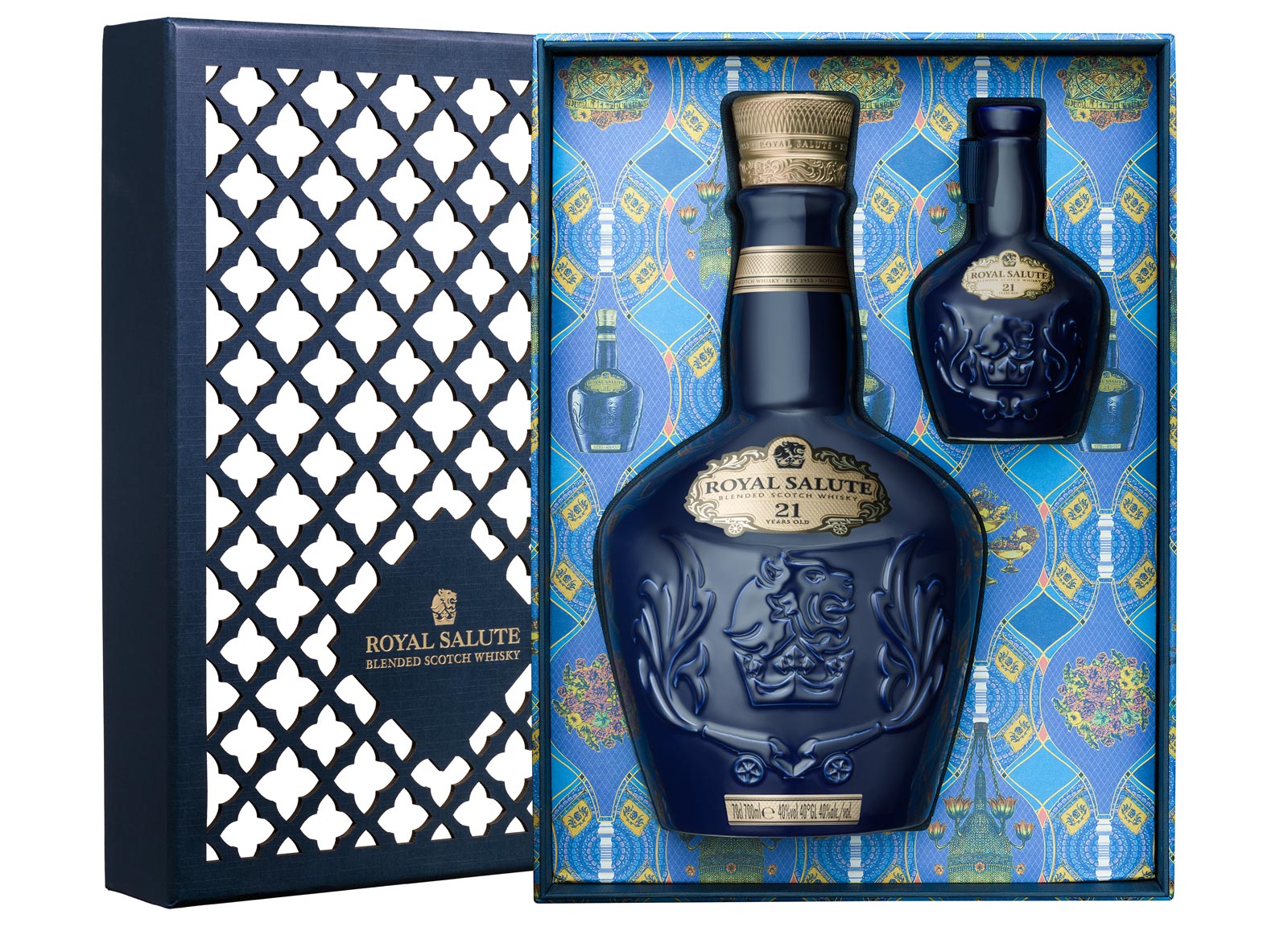